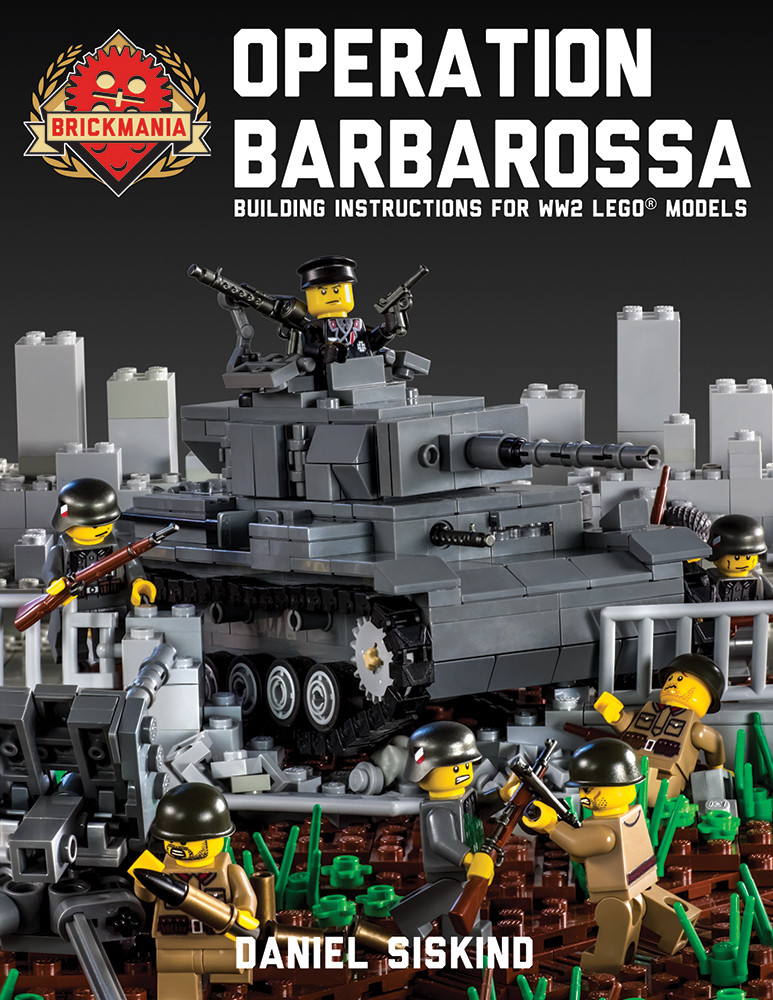 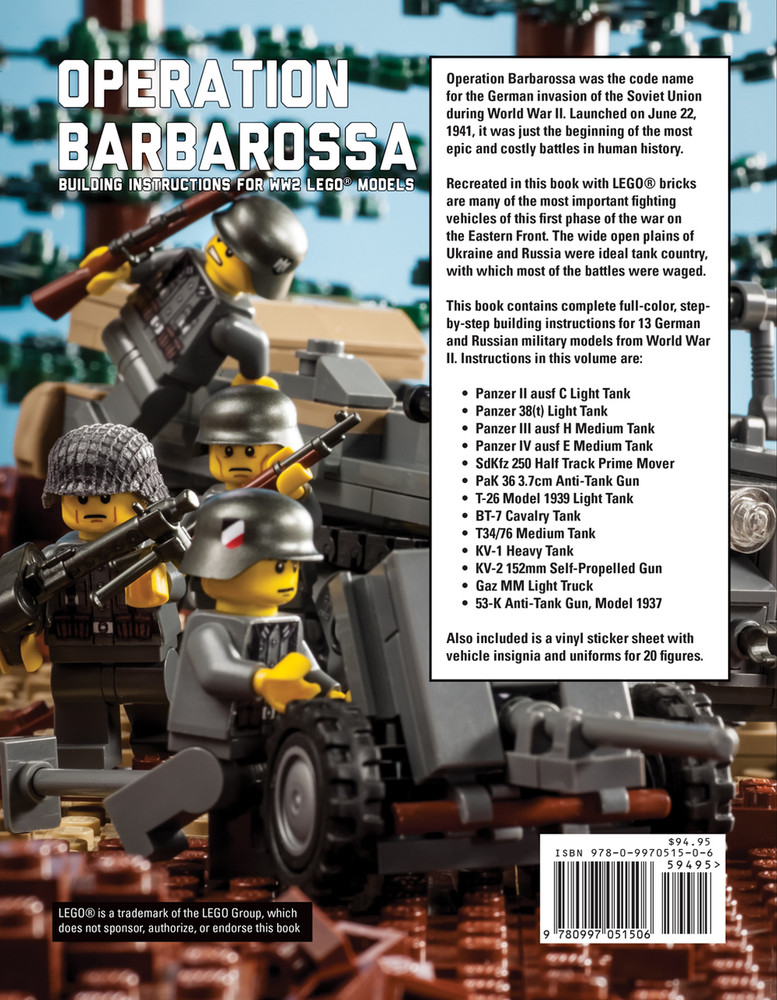 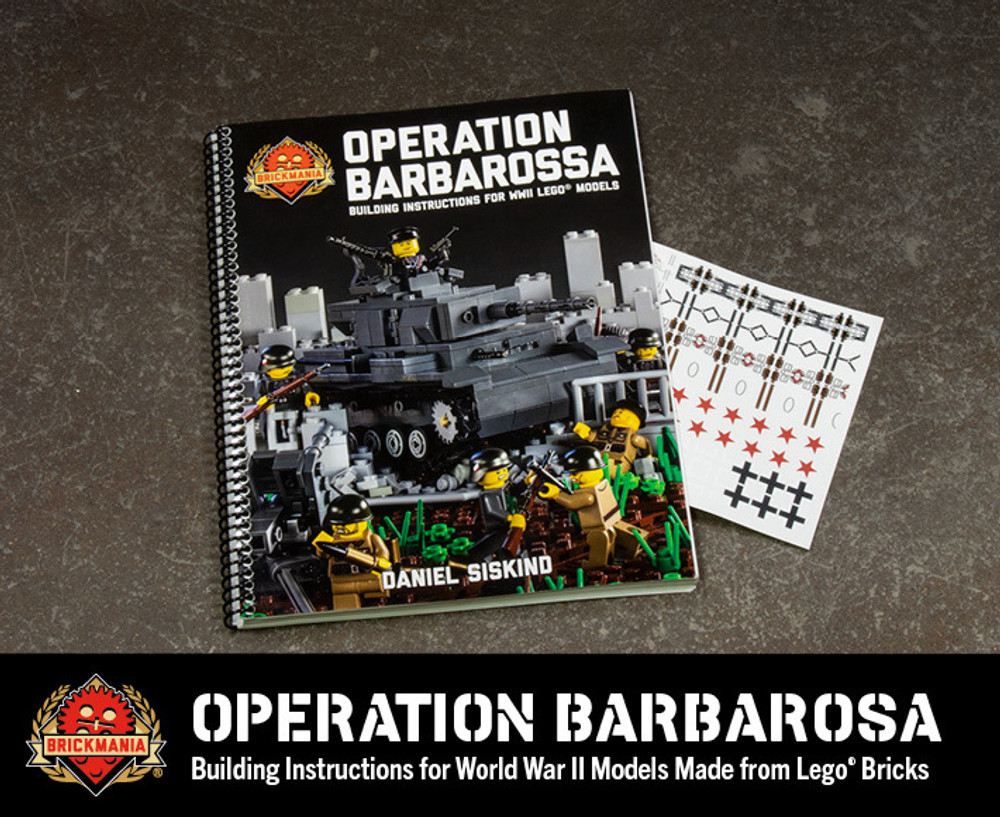 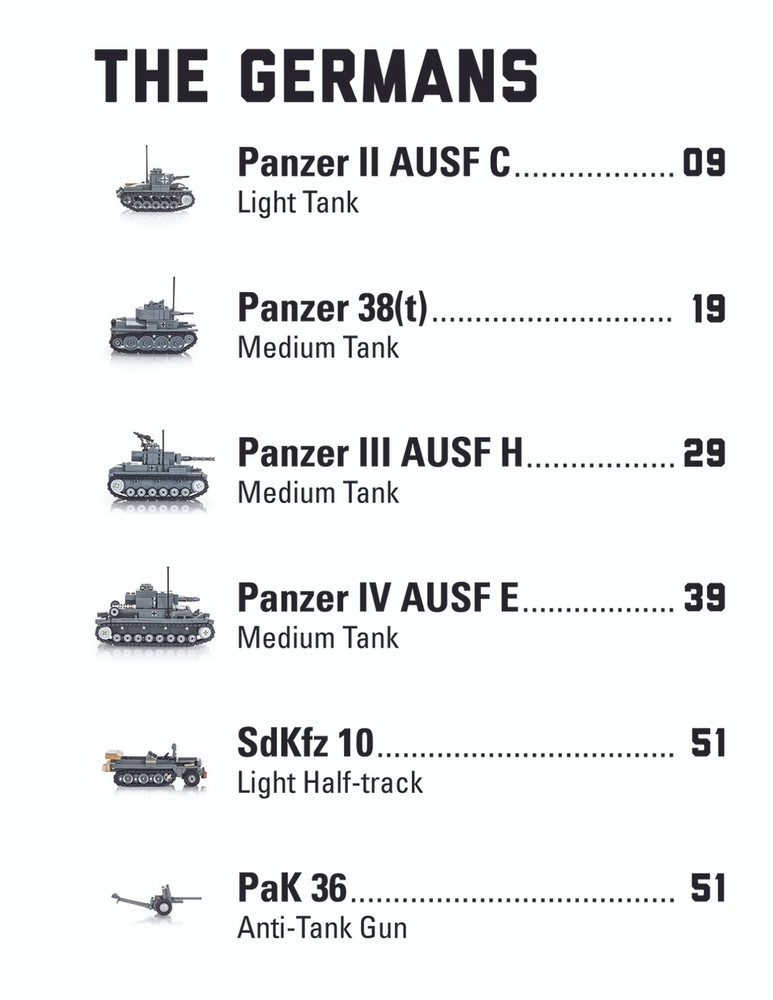 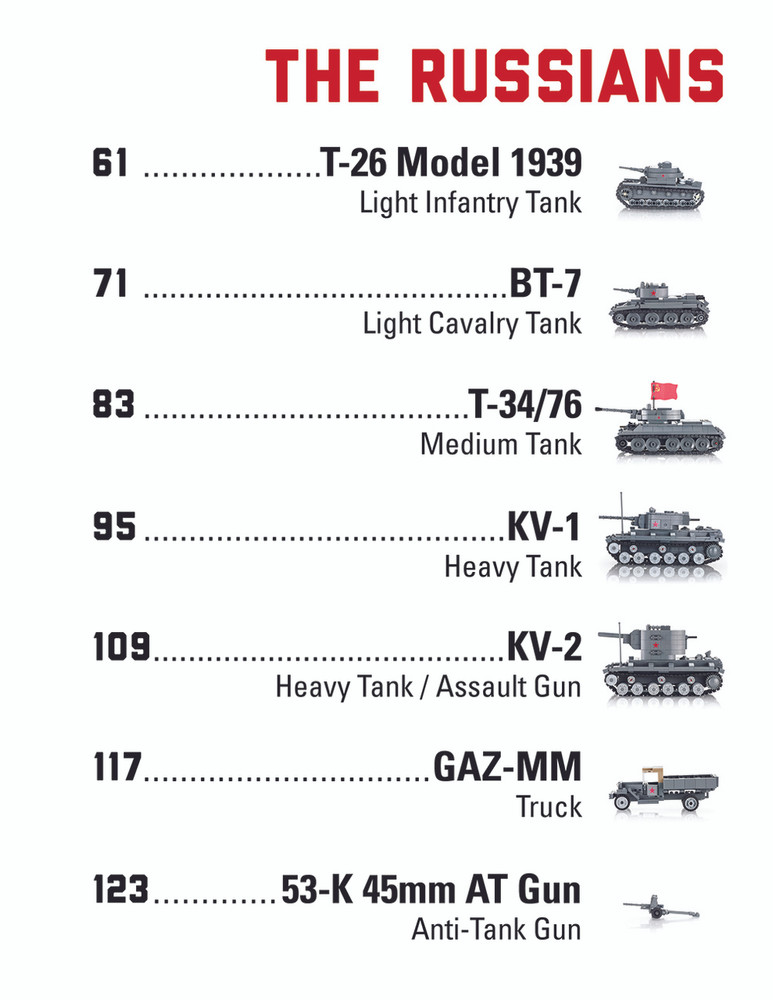 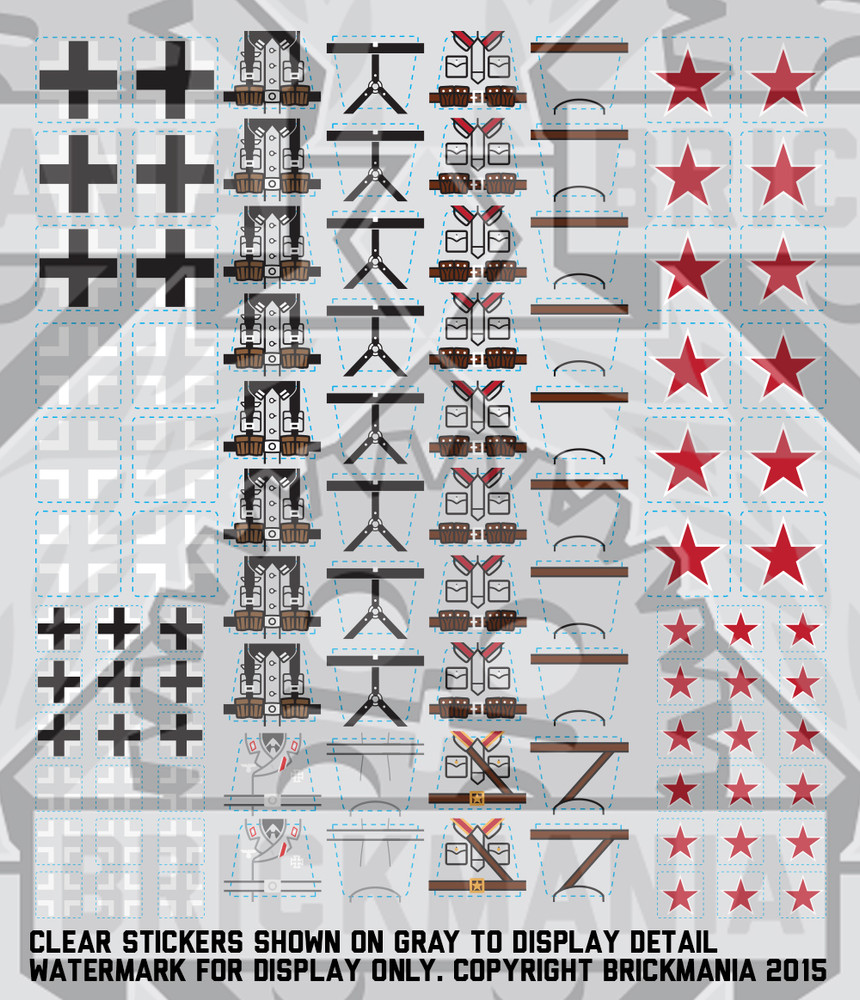 Operation Barbarossa was the code name for the German invasion of the Soviet Union during World War II. Launched on June 22, 1941, it was just the beginning of the most epic and costly battles in human history.

Recreated in this book with LEGO® bricks are many of the most important fighting vehicles of this first phase of the war on the Eastern Front. The wide open plains of Ukraine and Russia were ideal tank country, with which most of the battles were waged.

This book contains complete full-color, step-by-step building instructions for 13 German and Russian military models from WWII. Instructions in this volume are: 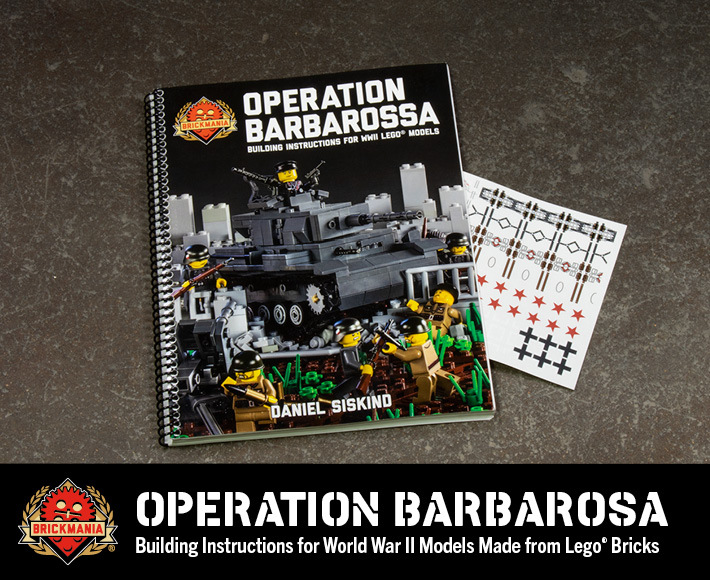