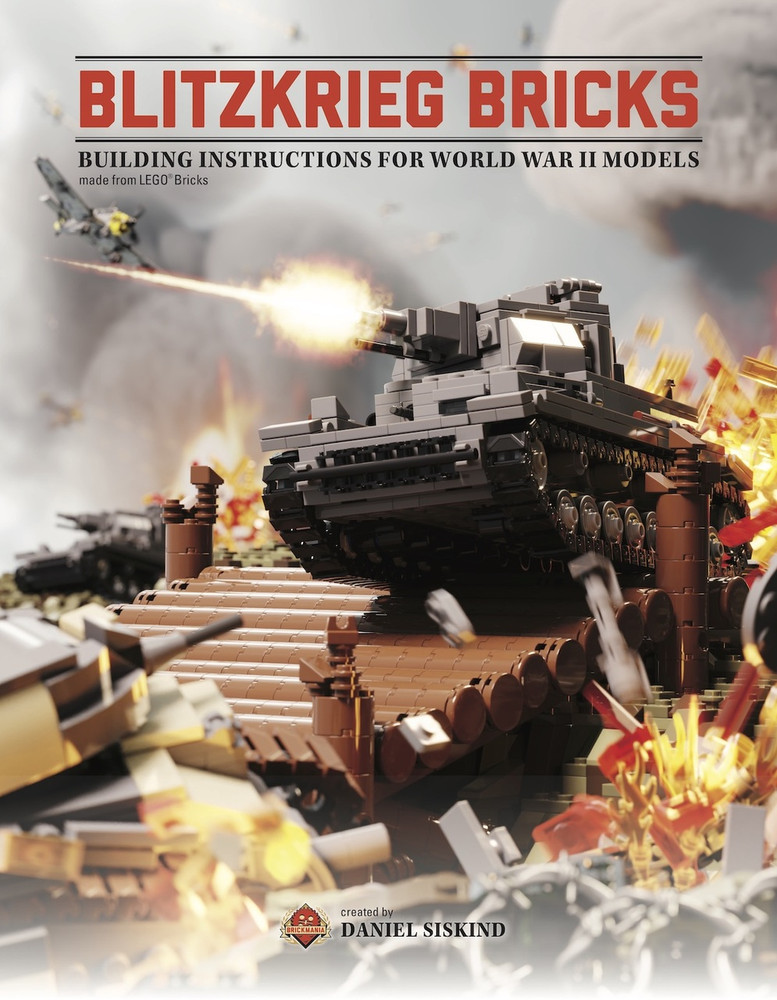 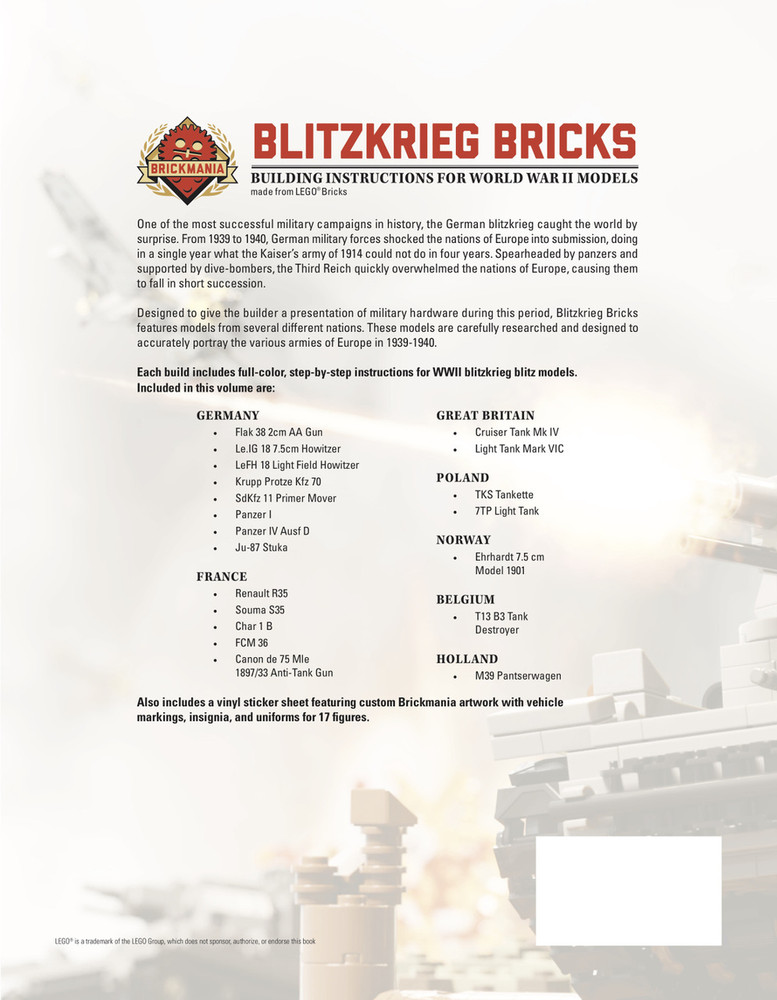 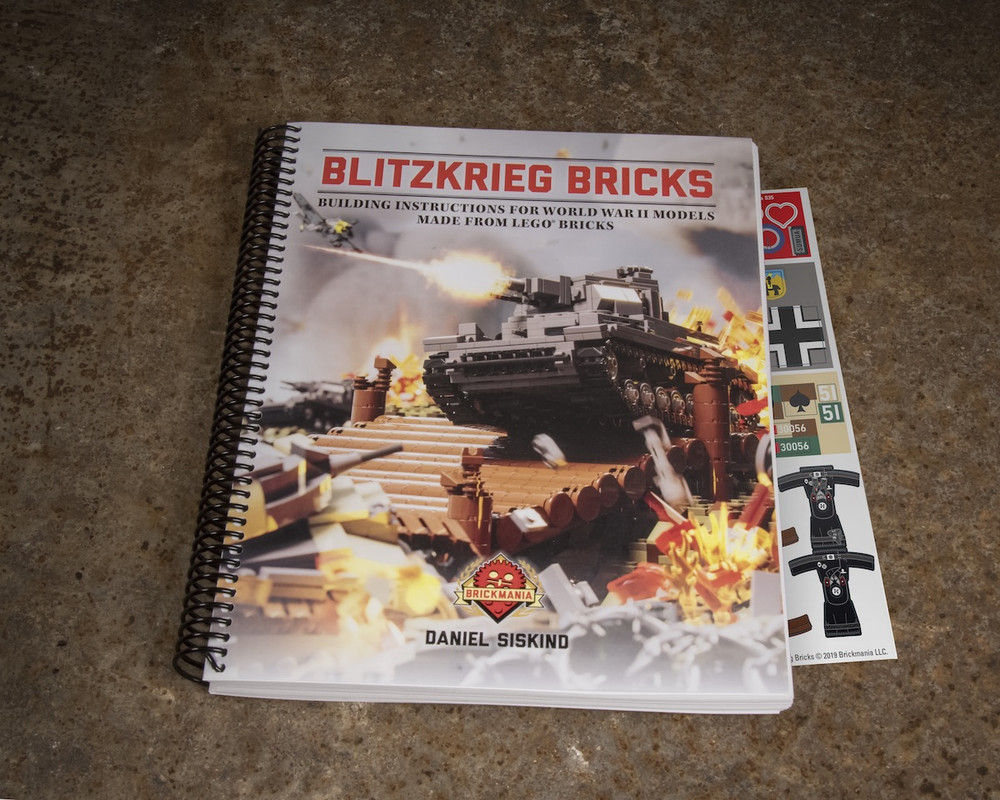 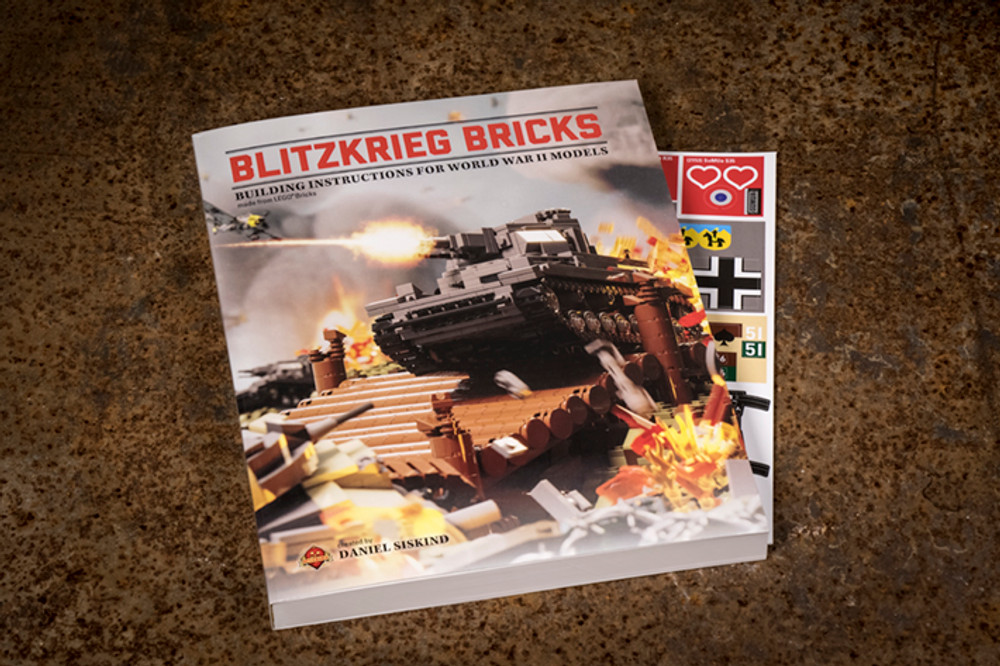 In the early months of the Second World War, Nazi Germany launched one the of the most successful military campaigns in history. Known as blitzkrieg or “lightning war”, the Germans conquered most of Europe in less than a year, establishing a grip that would not be broken until 1944.

In Blitzkrieg Bricks, Brickmania has assembled instructions for a wide variety of tanks, warplanes, armored cars, and artillery that were seen during the first months of World War II. Builders will find a rich historical experience by constructing these accurate military models carefully researched and designed by Brickmania designers. Build twenty different models including:

Also included is a high-quality sticker sheet for adding insignia to your vehicles and uniforms for eight soldiers.

Battle of the Bulge: Building instructions for World War II Models made from LEGO® Bricks