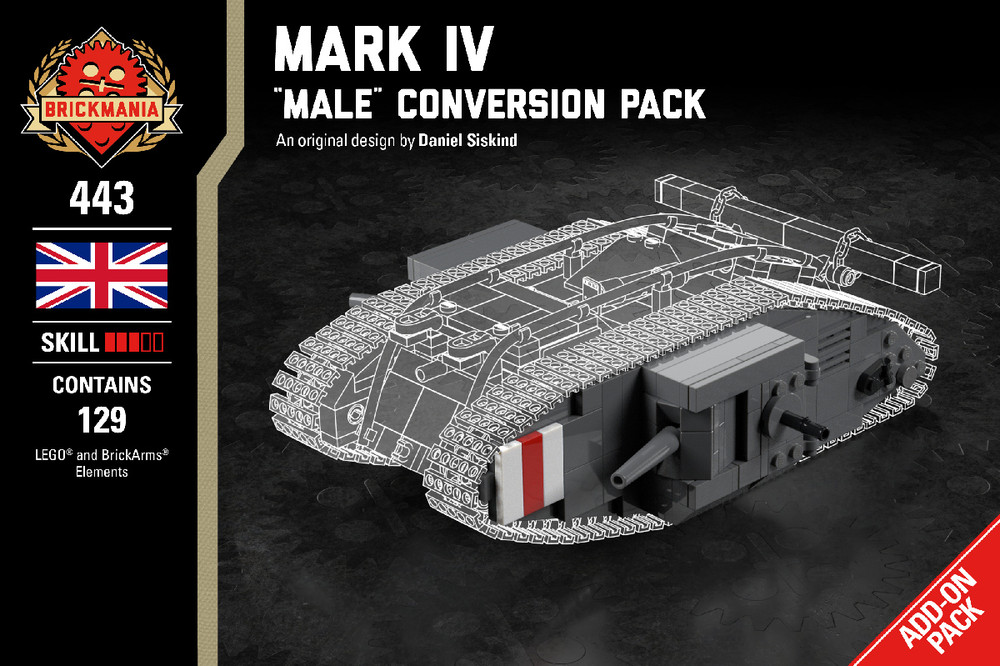 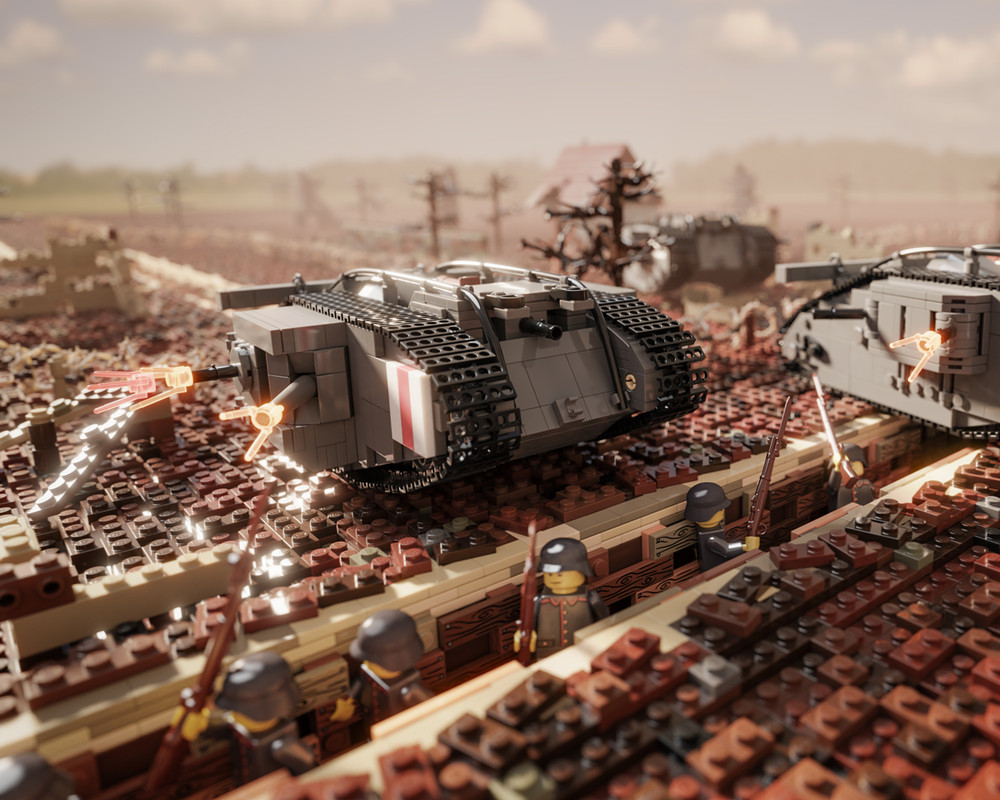 Over 1,200 produced, the Mark IV Heavy Tank is often considered history’s first “main battle tank”. The male variant of the Mark IV featured two 6-pounder guns mounted on either side of the tank. As opposed to the female variant, which only had machine guns, the male tank sponsons were larger to accommodate these cannons. Mounted on a rotating shield, the 6-pounder could destroy defensive emplacements and scatter enemy infantry. The Mark IV and other tanks are noted by historians as a primary reason for Allied victory, especially in the last year of the war. 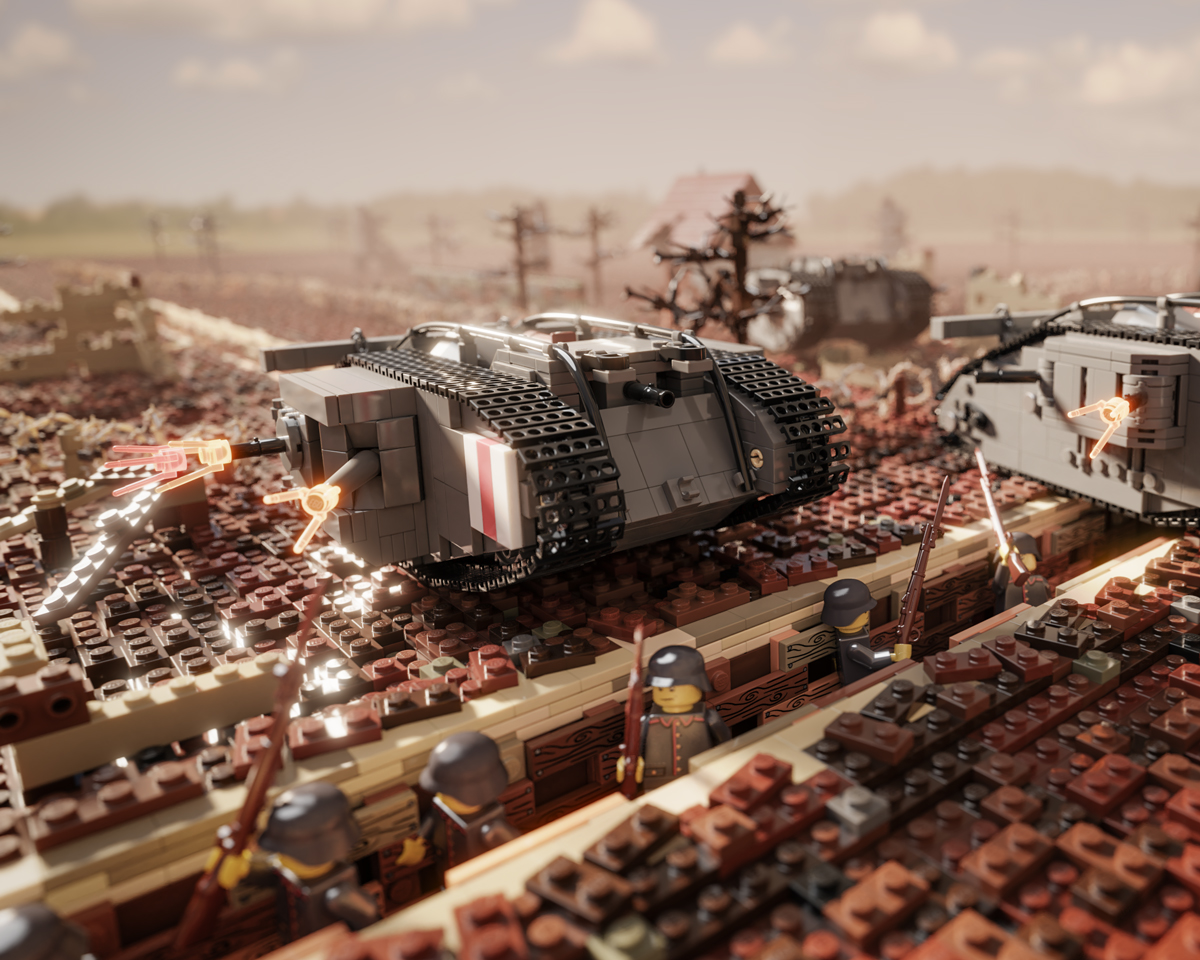