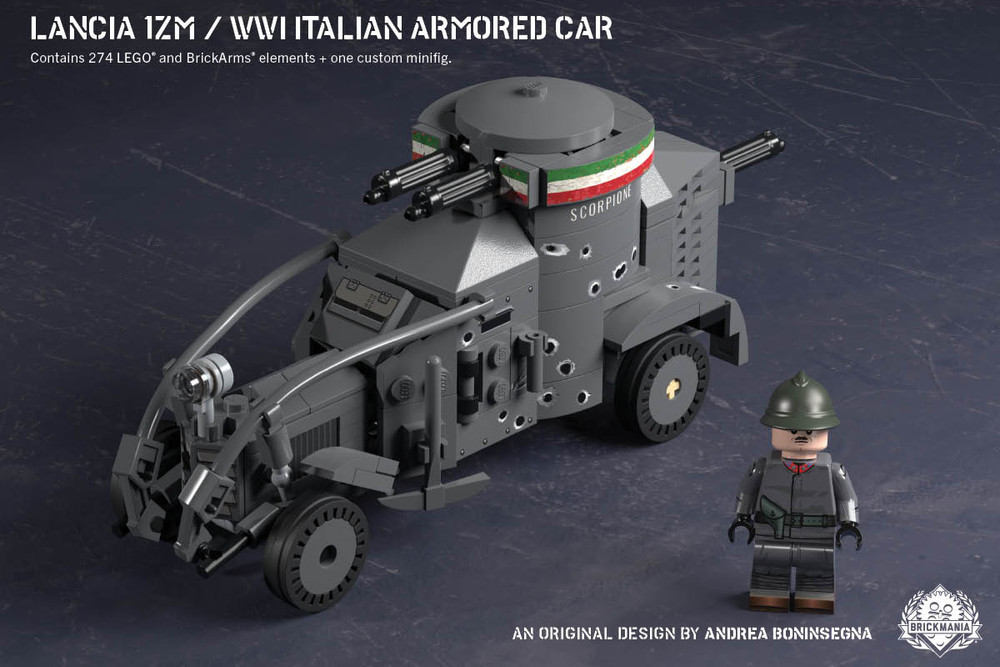 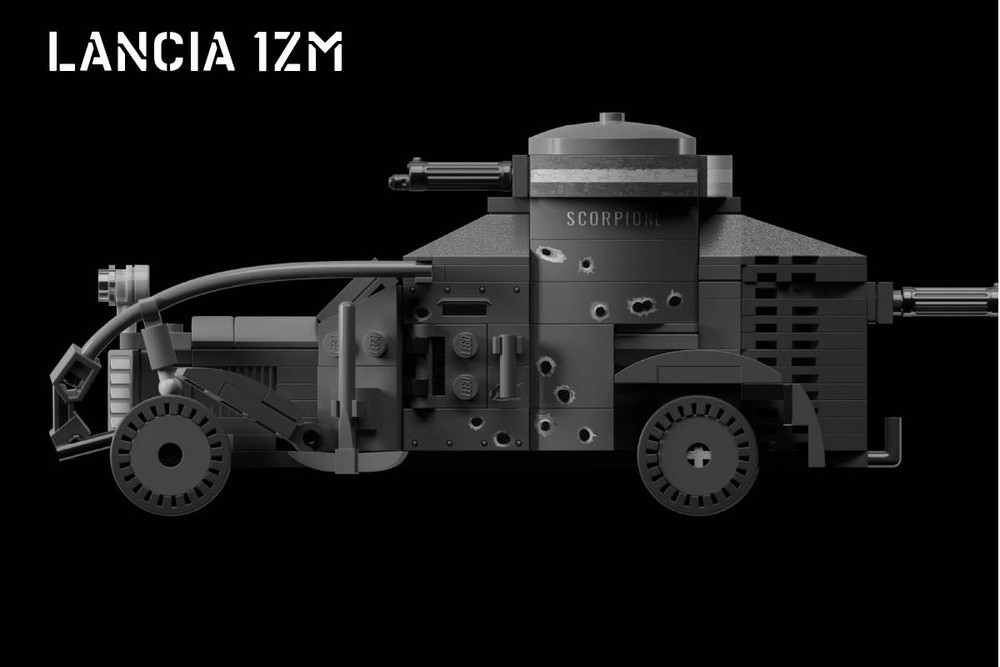 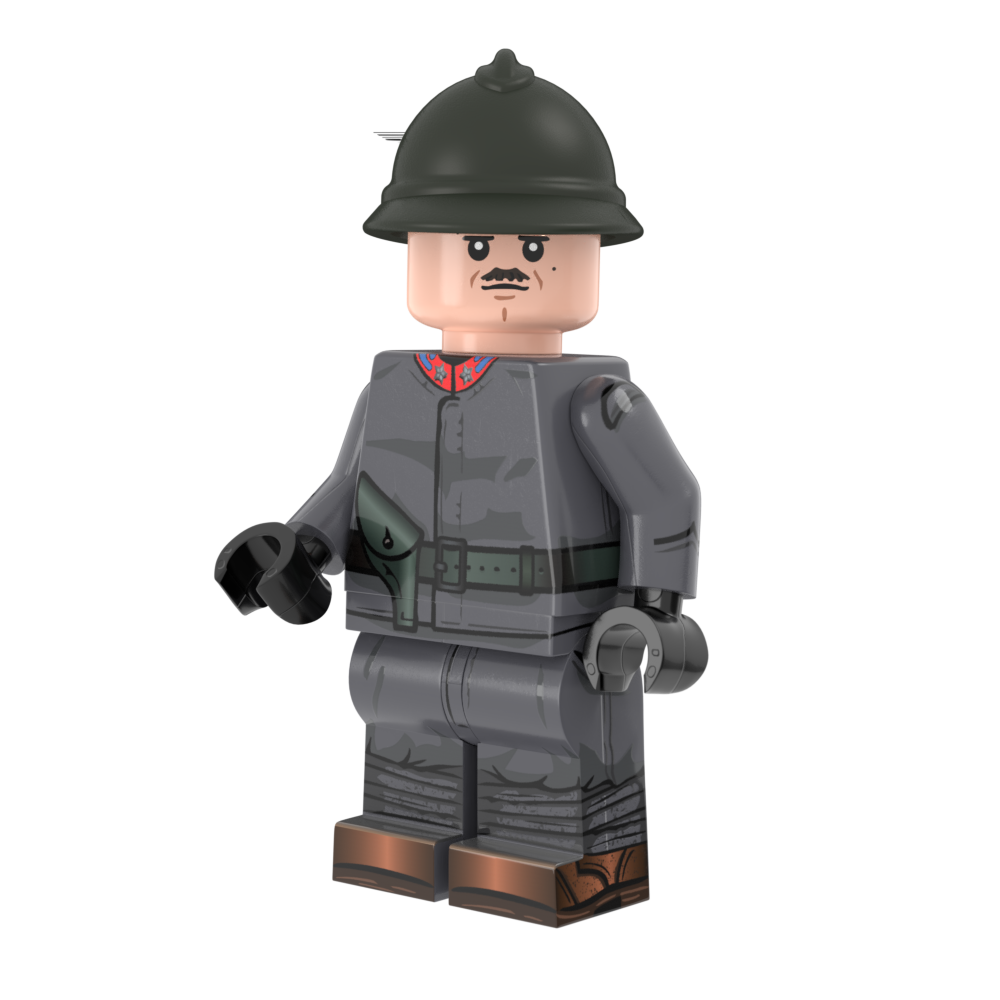 The Ansaldo Lancia 1Z was a series of armored cars based on the Lancia 1Z truck. Rather advanced for the time, the 1Z used the same frame as its namesake and added an armored superstructure on top. The Lancia’s most notable feature was a turret on top of the rear compartment. To increase firepower, Lancia added a second turret on top of the first. Armament included two Breda 8mm machine guns. Ten were initially ordered by the Italian Army.

After early success, Lancia received another order for 110 more. To improve stability when traversing rough terrain, the second turret was removed. Additionally, cutting rails were added along the front to slice through barbed wire. The updated 1Z was termed the 1ZM (m for modificato).

The 1Z saw service along Italy’s border with the Austro-Hungarian Empire. The 1Z units protected the Italians from Austrian incursions as well as rearguard protection for retreating Italian forces. The use of the Lancia 1Z, as well as other armored cars of the war, advanced military strategy. These vehicles would be paramount in upcoming conflicts during the interwar period. Interestingly, after the war, many surviving 1ZMs saw use in Italy’s African colonies through World War II.

Loaded with custom printing, the Lancia 1ZM kit showcases a lesser represented side of WWI. Riddled with battle damage and adorned with Italian colors, all details on this build are custom printed as the kit includes no sticker sheet. In addition, the kit features one custom minifig.