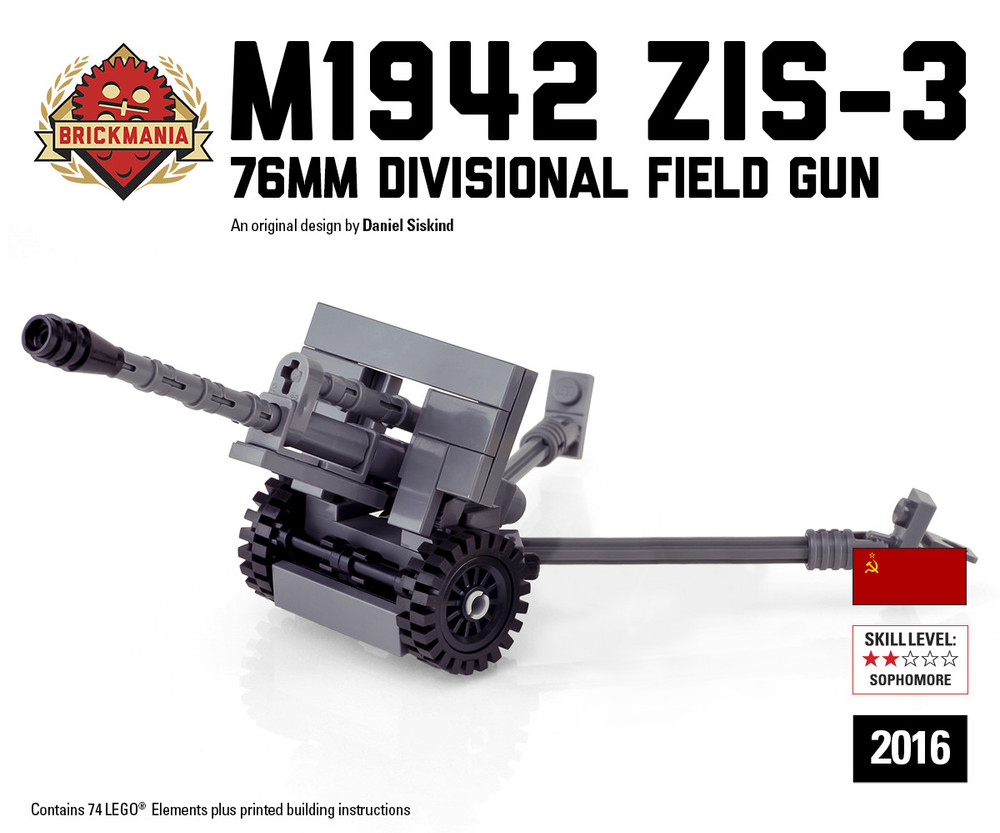 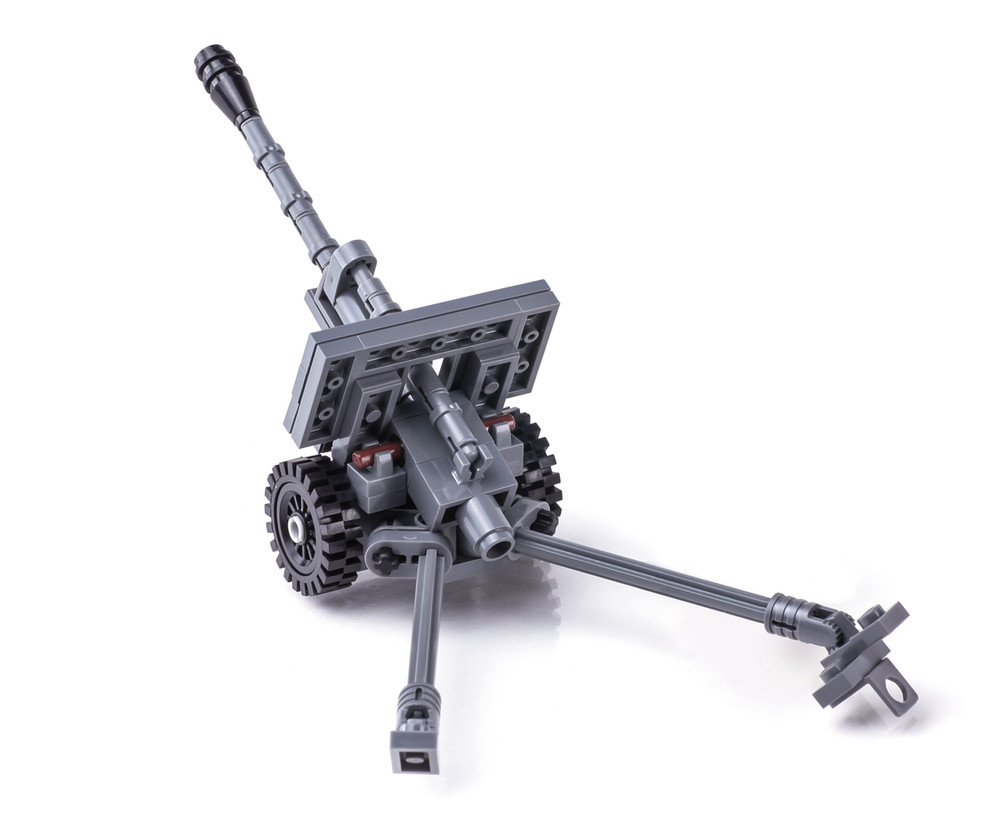 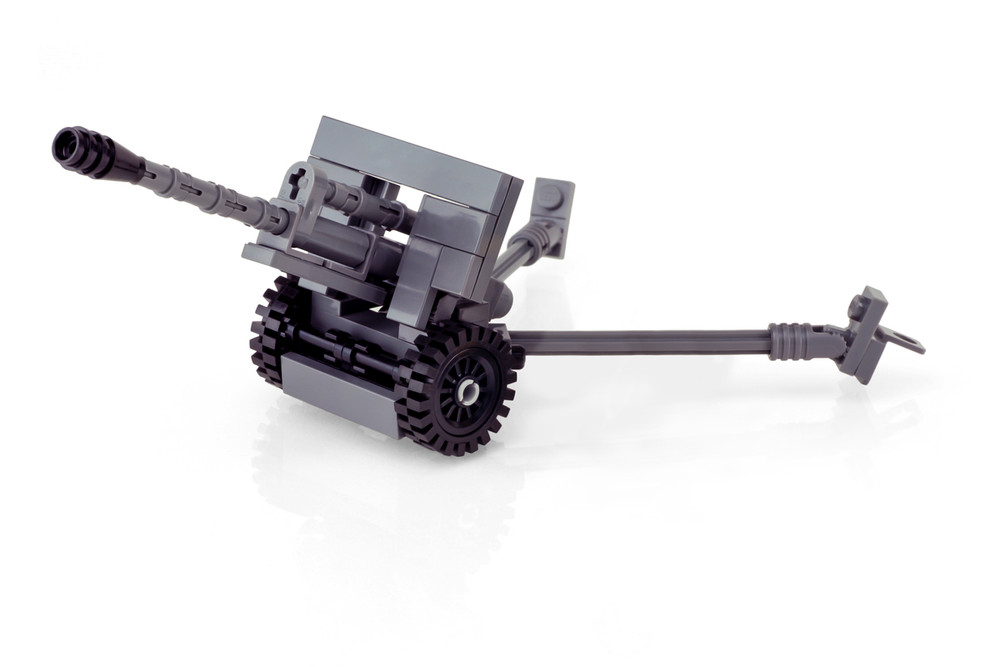 The ZiS-3 76mm Field Gun (Officially designated M1942 Divisional Gun) was the most common medium artillery piece used by the Soviet Union during the Great Patriotic War (Eastern Front, World War II). Due to the innovated addition of the massive muzzle brake, pre-war 76mm gun barrels could be mated to the lightweight ZiS-2 anti-tank gun carriage. This created a compact, mobile, inexpensive, versatile and easily produced artillery piece that was called "A masterpiece of artillery systems design" by Joseph Stalin. The ZiS-3 gun was the main armament used for the Su-76 self-propelled gun. Most ZiS-3 guns were withdrawn from the Red Army after World War II and were later supplied to Soviet satellite states. The ZiS-3 was used by communist forces in both Korea and Vietnam.

This Brickmania model kit is made from genuine unused LEGO bricks and is shipped disassembled. Also included are full-color printed building instructions. All Brickmania building kits are limited production and may be discontinued at any time.