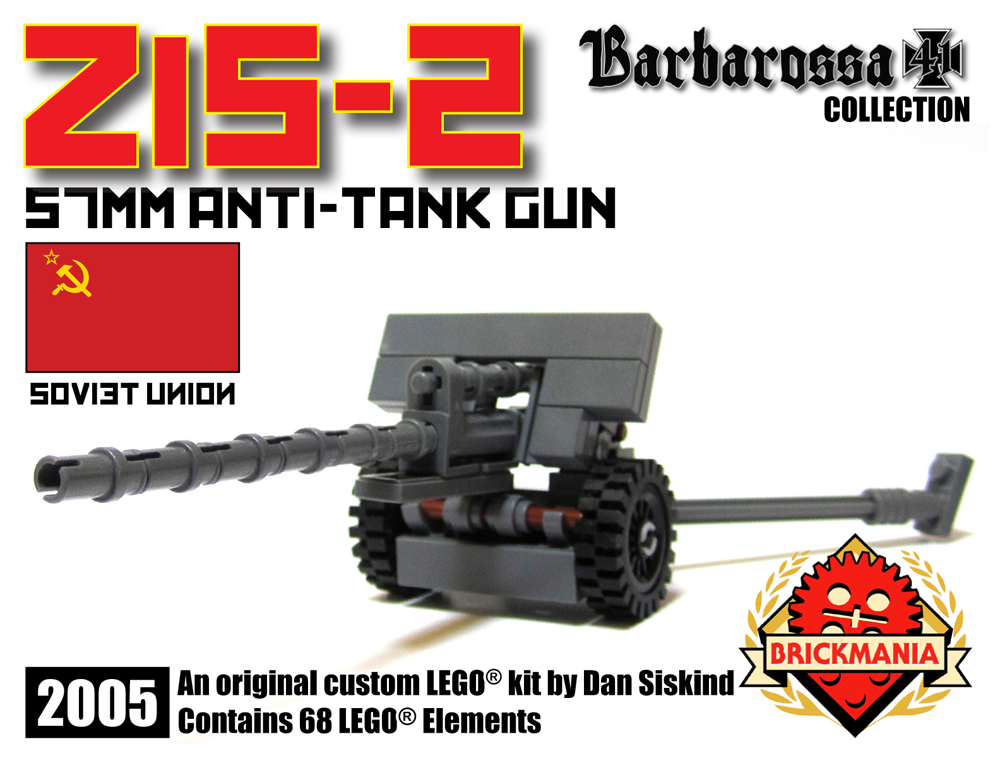 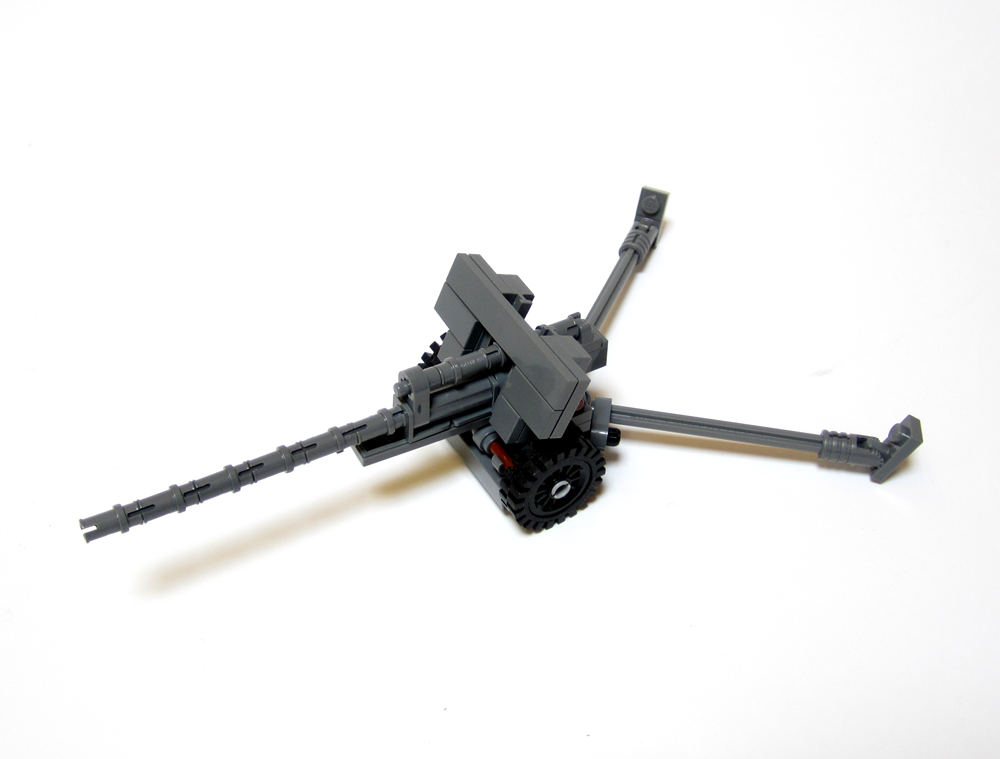 The ZiS-2 Anti-tank gun was produced by the Soviet Union in response to battlefield knowledge gained during the Spanish Civil War, when it became apparent that something more powerful than the existing 37mm and 45mm guns would soon be needed against a new generation of more heavily armored tanks.  While only produced in limited numbers before Germany invaded the Soviet Union, they would see mass production by 1943 and were built in the same factory that produced the famous ZiS-3 76mm field gun (that used a lot of the same components developed for the ZiS-2).

Additional information about this Brickmania custom Lego® kit:
This minifig scale kit is made up of 68 new-condition LEGO brand building bricks, is shipped unassambled and includeds step-by-step buiding instructions.

All Brickmania custom kits are available in limited quantities and may be discontinued at any time.