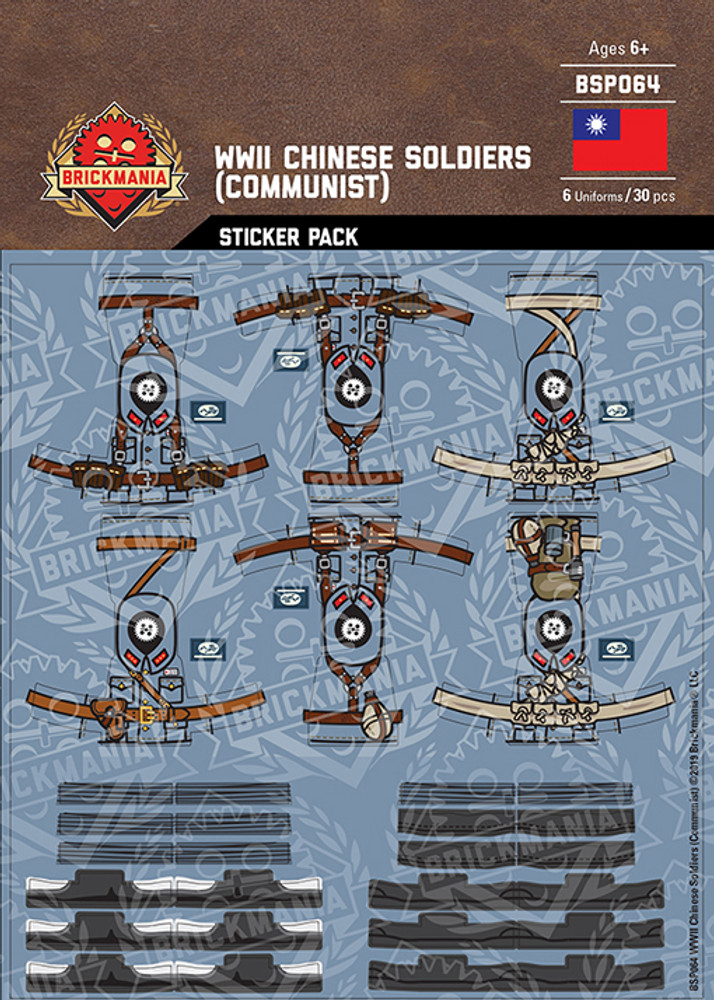 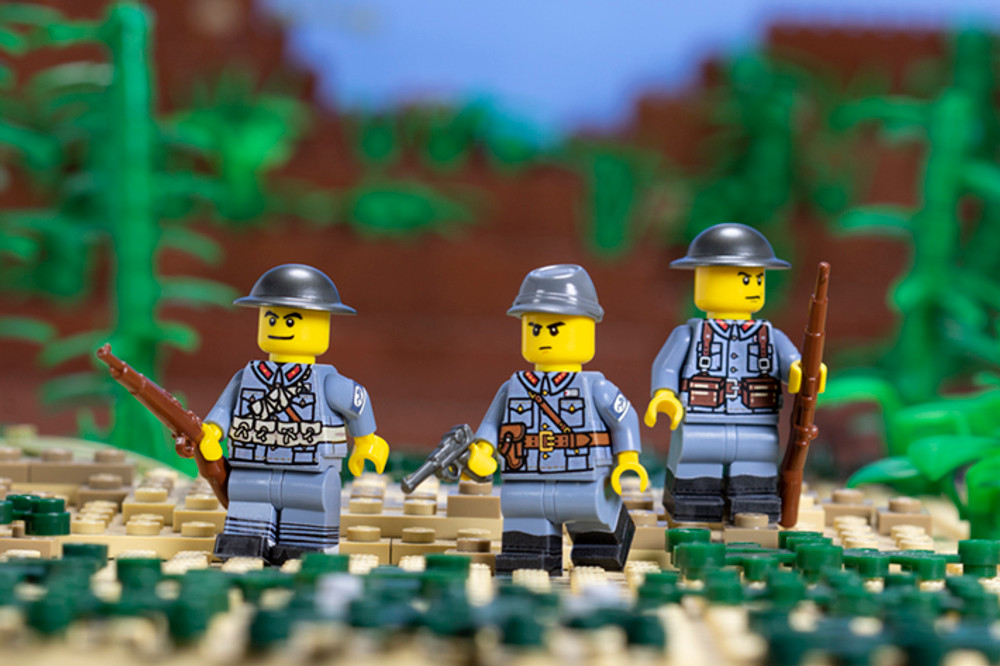 During the period from 1937 to 1945, the long-running conflict between the Republic of China and the Communist Party of China paused briefly in the face of invasion by the Empire of Japan. However, the level of cooperation between the two forces was virtually non-existent and even as both held a “united” front against Japan, each army was in reality positioning itself to gain a territorial advantage in preparation for the coming conflict between one another. This sticker pack features artwork based on the uniforms worn by Chinese Communist forces during World War II.

Designed to capture a variety of historically accurate uniforms and accessories, Brickmania® sticker packs are an easy, inexpensive way to turn your own collection of minifigures into an effective fighting unit with multiple styles of vibrant uniforms. Designed, printed and packaged at the Brickmania HQ, these high quality stickers add a layer of detail to any MOC or individual figure at an unbeatable price. 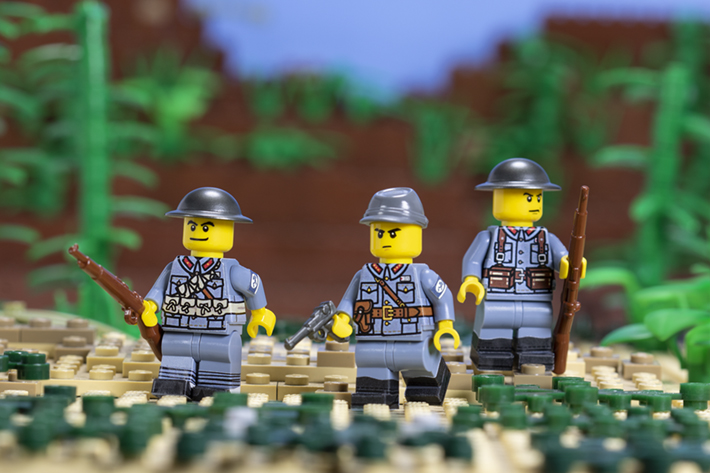