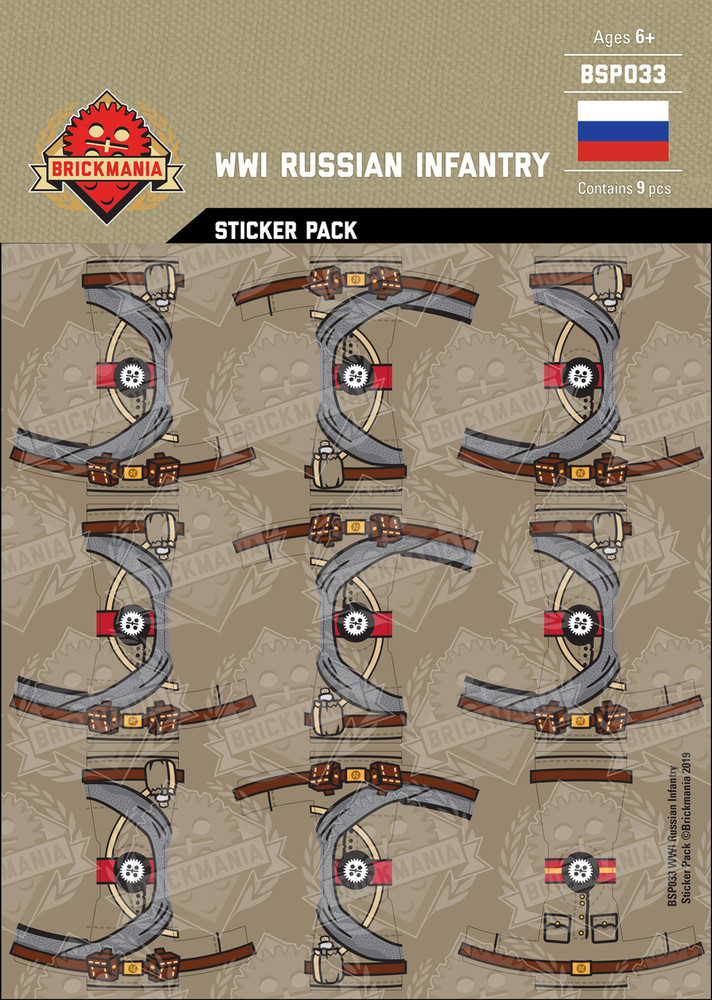 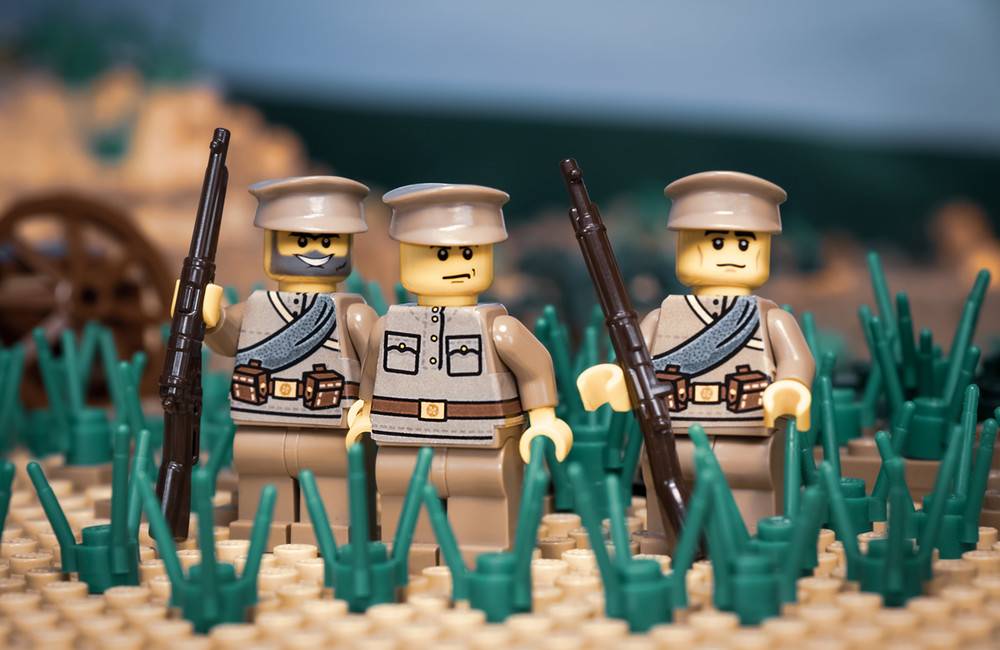 One of the first countries to declare war in 1914, the Russian Empire battled the Central Powers in Eastern Europe. Commanded personally by Czar Nicholas II, the Russian Army continued the fight until the Russian Revolution of 1917.

Equip your minifigures with this high-quality sticker sheet from Brickmania! This pack features the uniforms and ammo pouches used by Russian Infantry during the First World War. 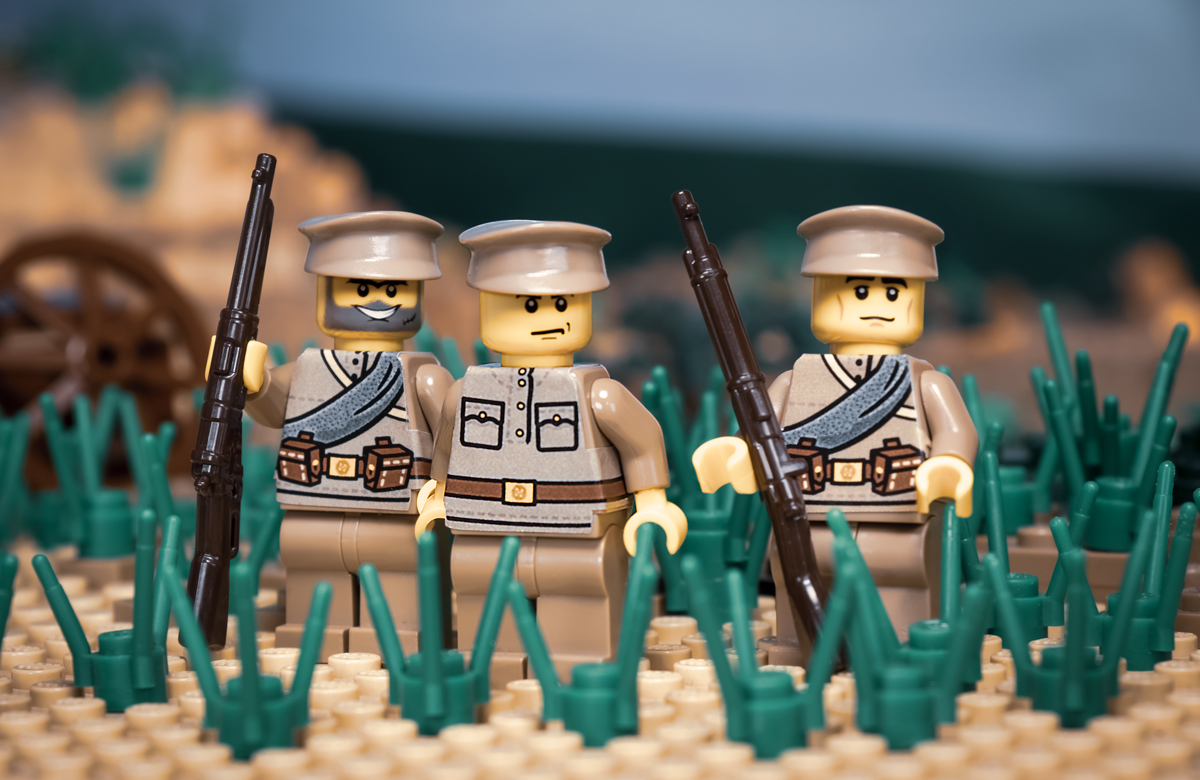