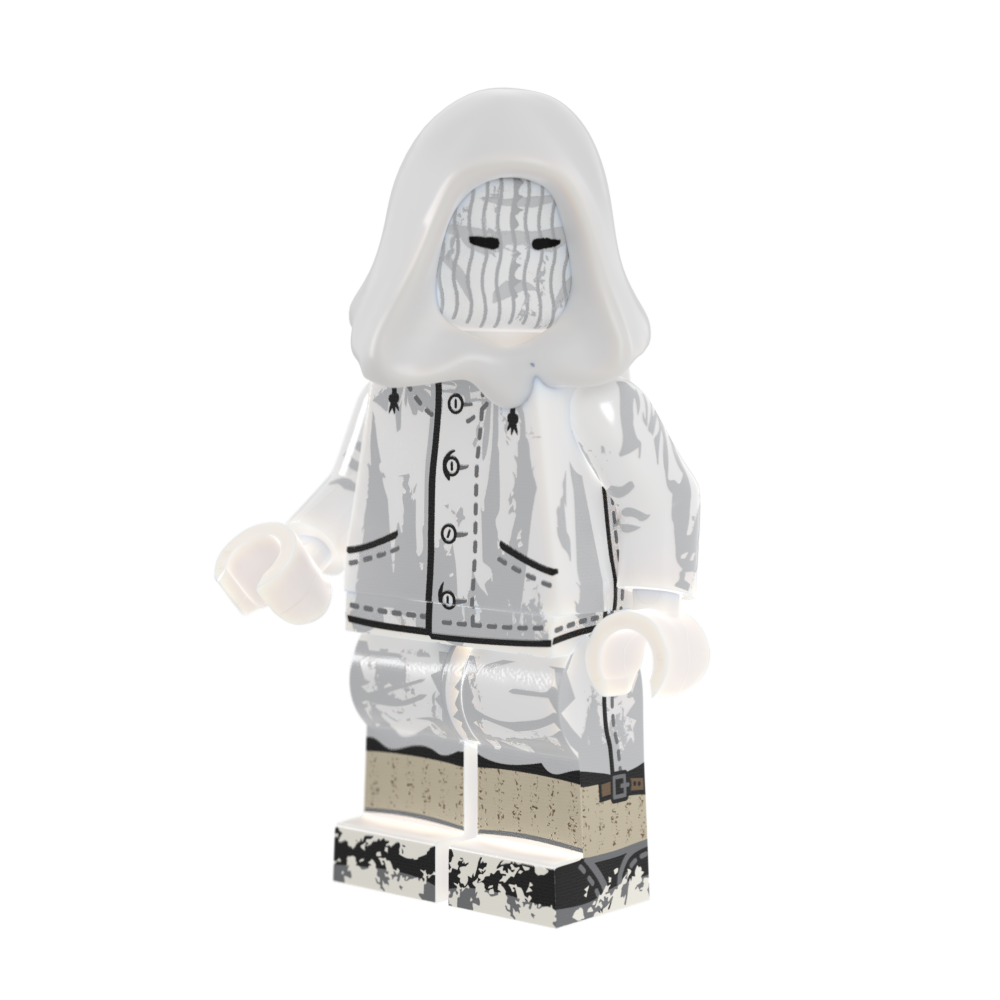 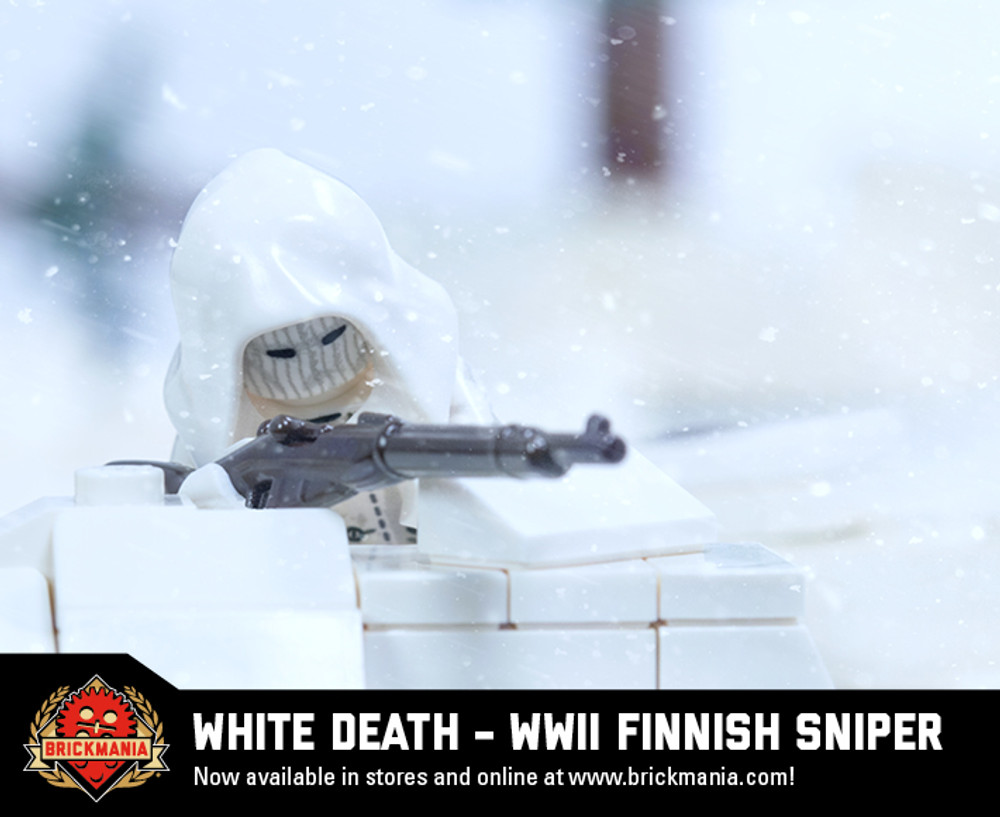 A legend of the 1939-40 Winter War between the Soviet Union and Finland, White Death, as he was nicknamed by the Red Army, holds the highest number of recorded sniper kills in any major war with 259 confirmed kills (many sources believe the true number is somewhere over 500 kills) and did it all in a timeframe of less than 100 days. Sniping in deep snow, White Death was known to bury himself deep within the banks so as to conceal the vapor from his breath and keep his position undetected. Adding to White Death’s mythical aura, he used iron sights rather than telescopic and preferred his Pystykorva rifle, which is a Finnish Civil Guard version of the Mosin-Nagant.

The Brickmania® White Death minifig features white battle-worn cold weather gear true to the uniforms of Finnish field troops during the Winter War of 1939-40. All aspects were designed by Lando and printed in house by the Brickmania UV print team. 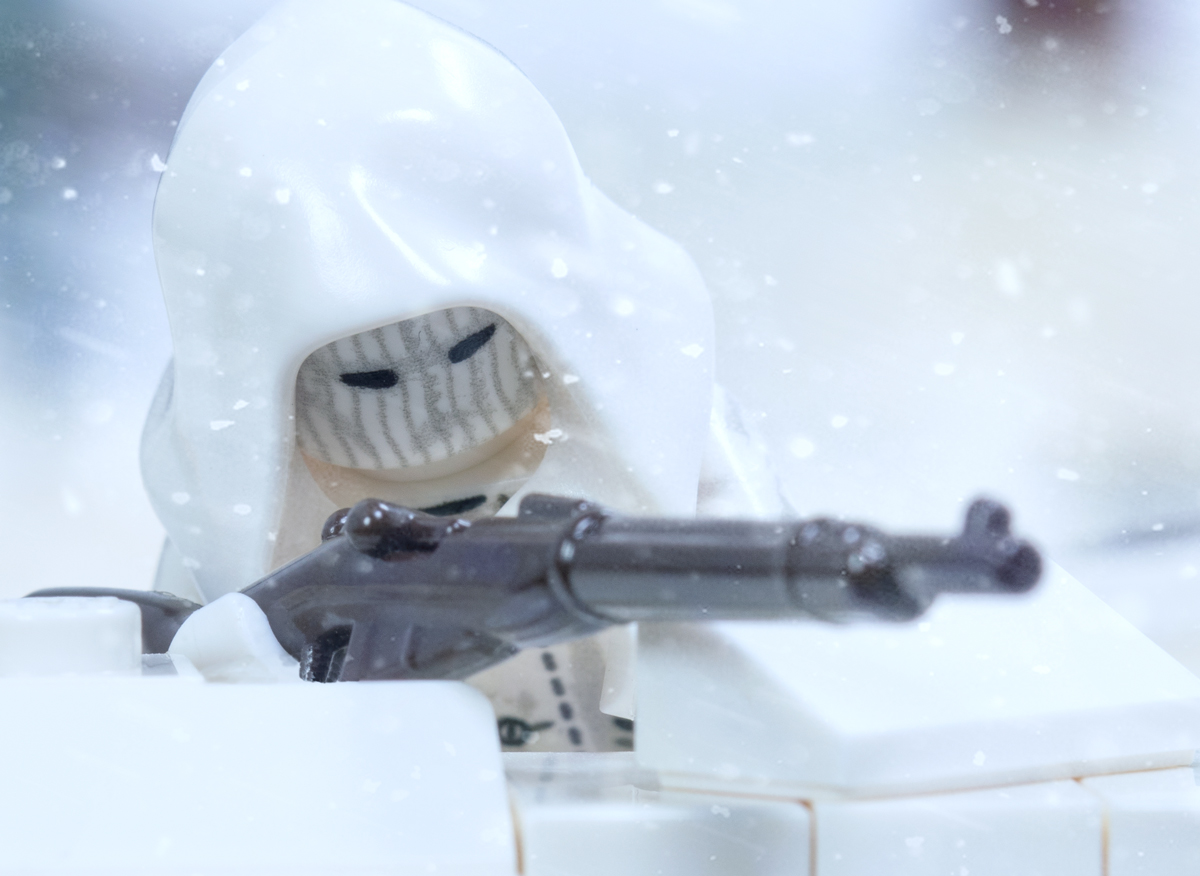 LEGO and the LEGO Minifigure are trademarks of the LEGO Group, which does not sponsor, authorize or endorse this site or these products.