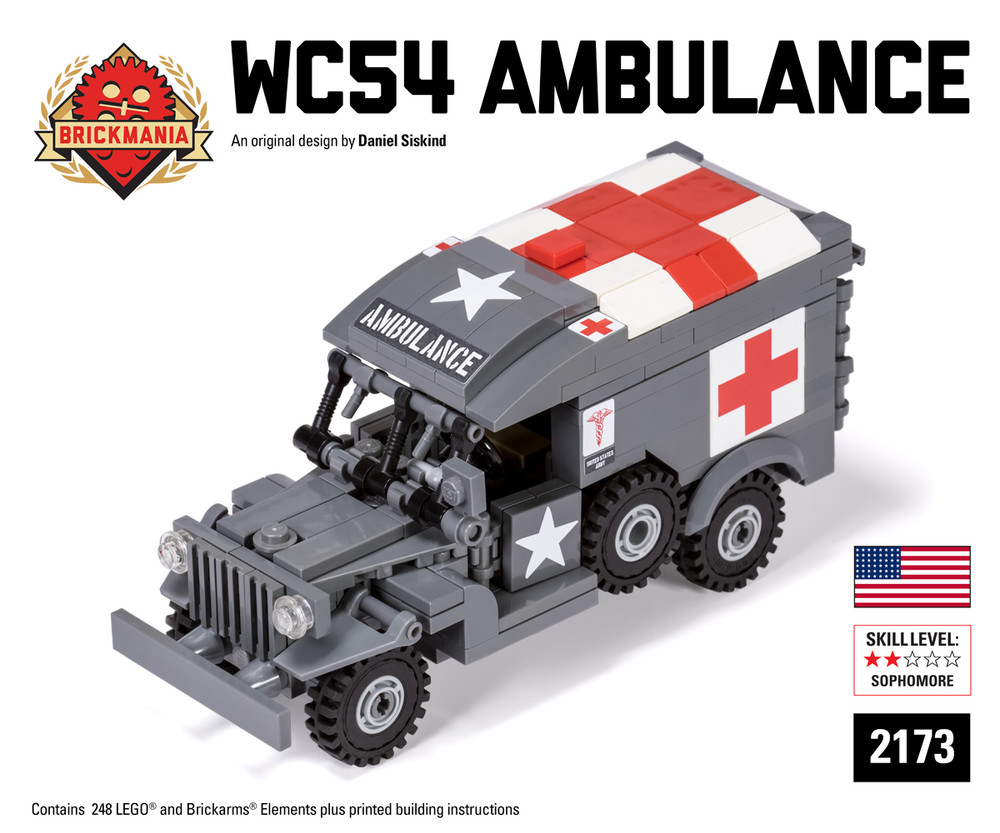 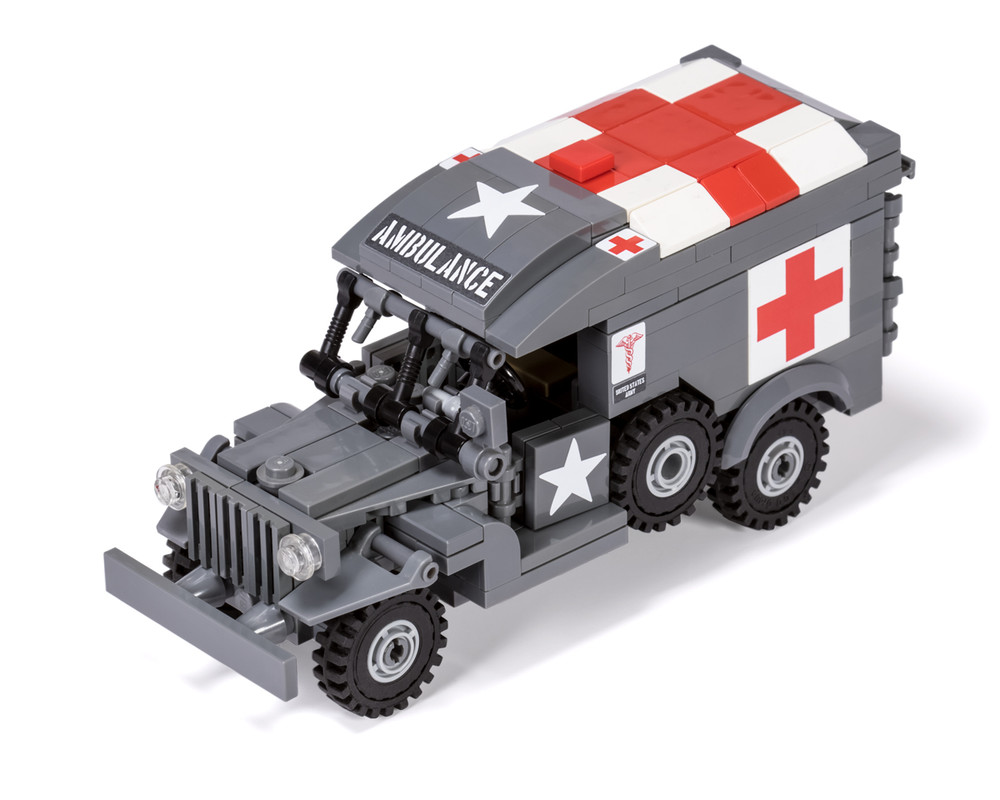 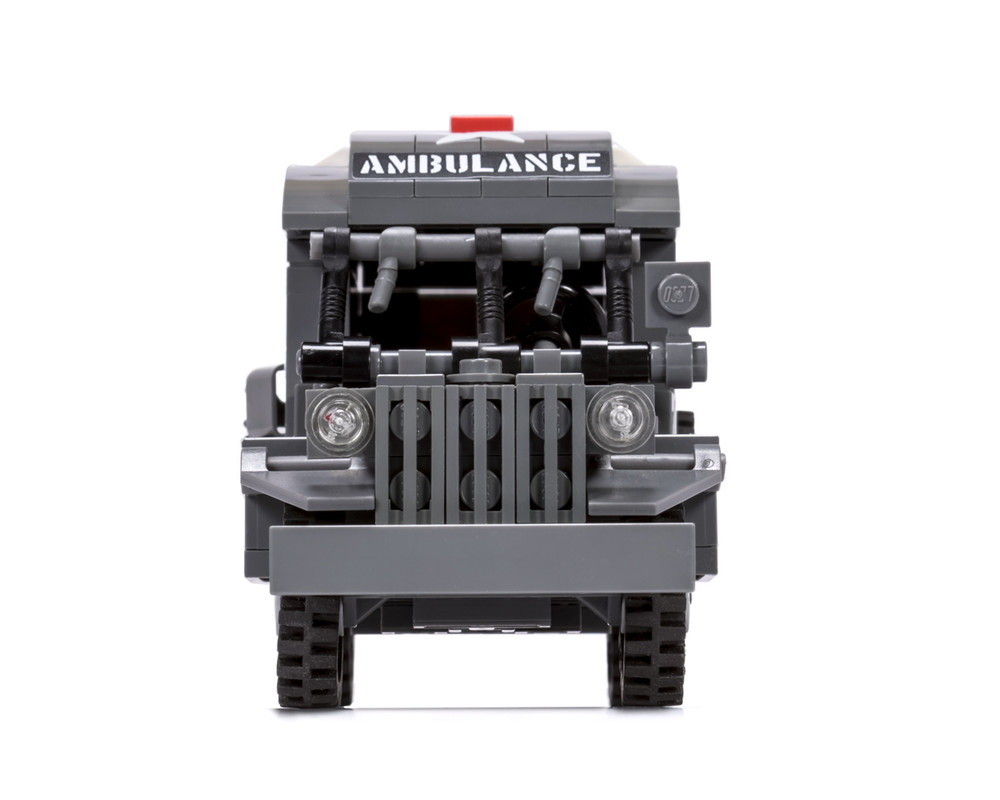 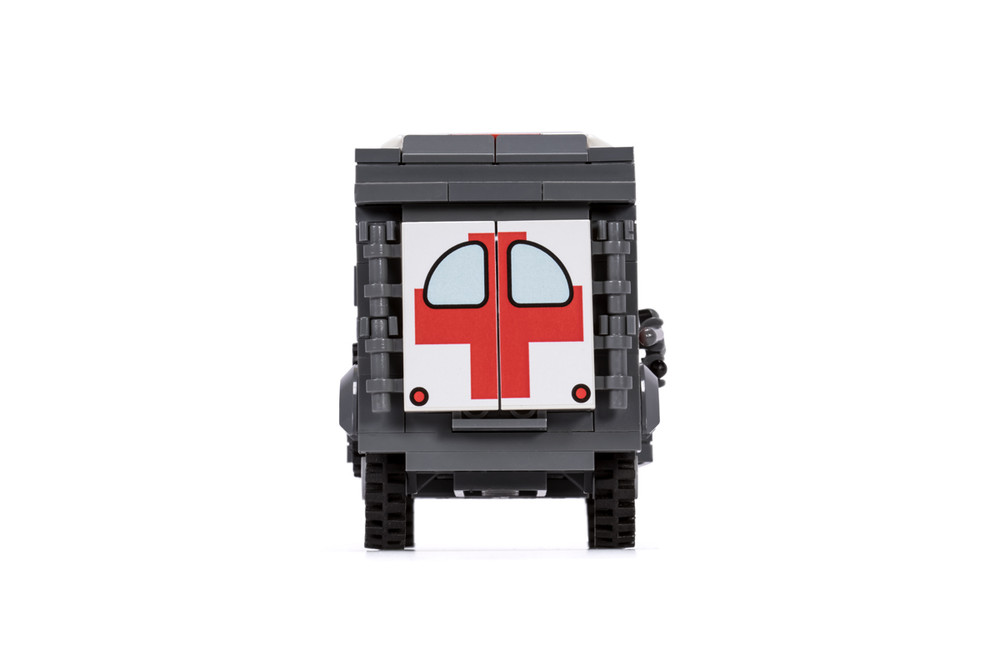 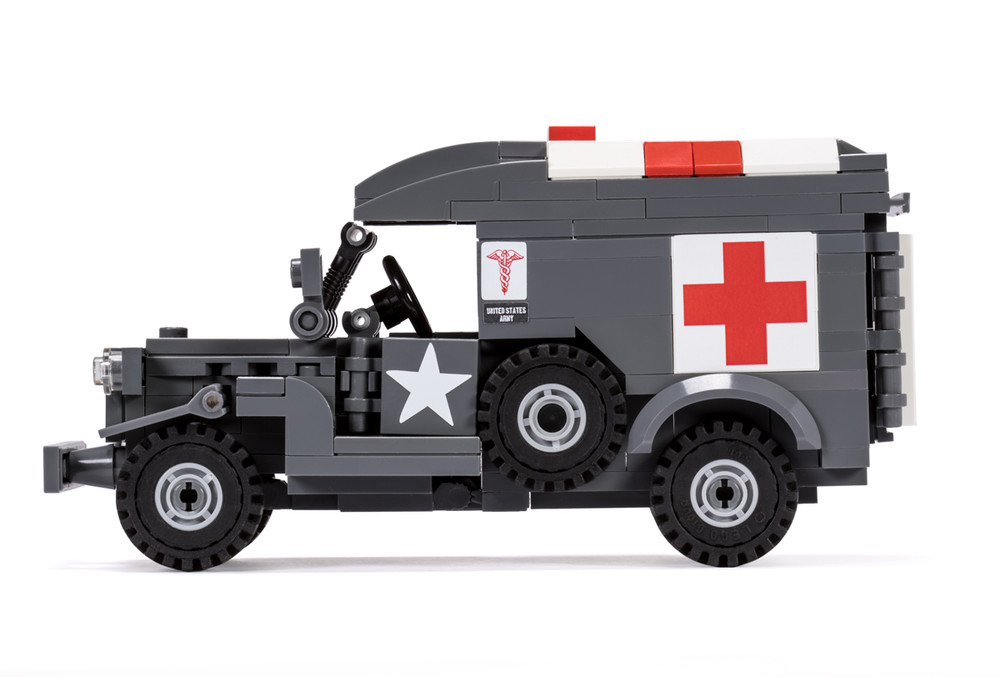 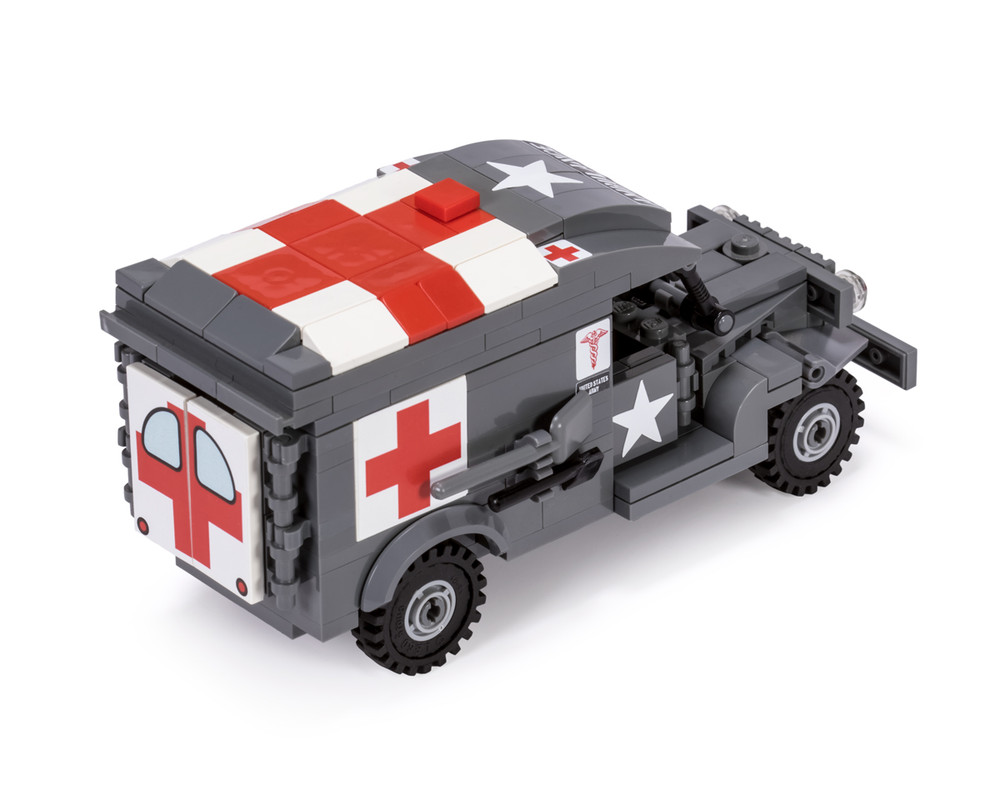 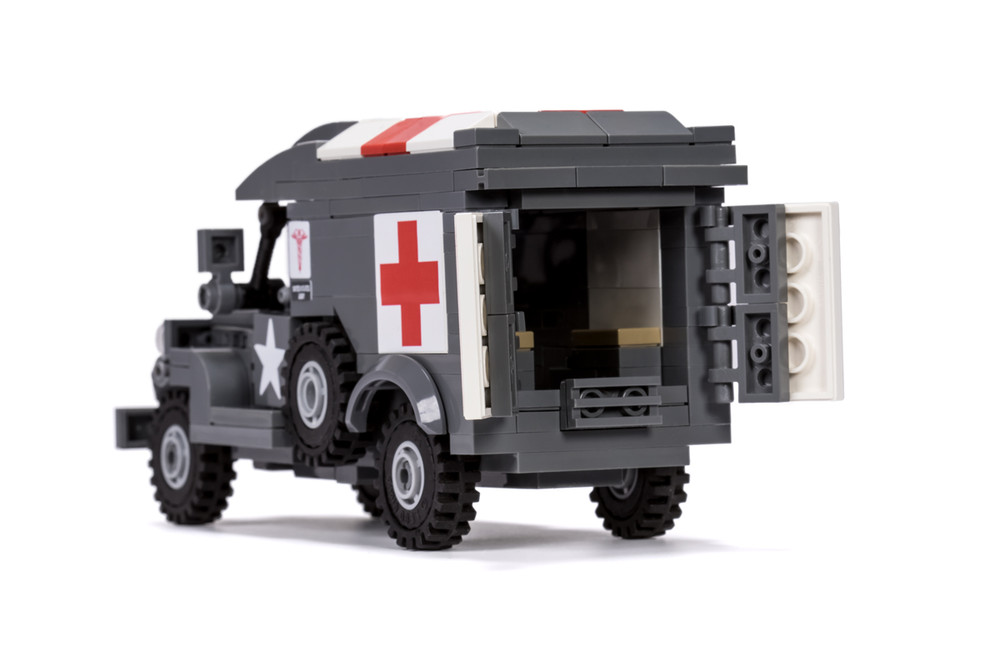 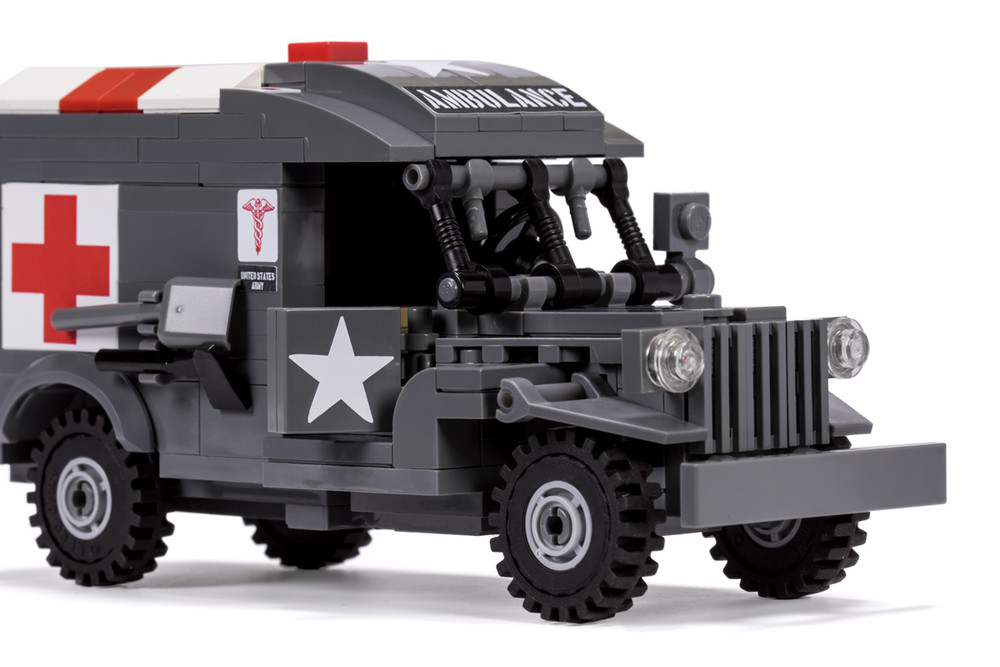 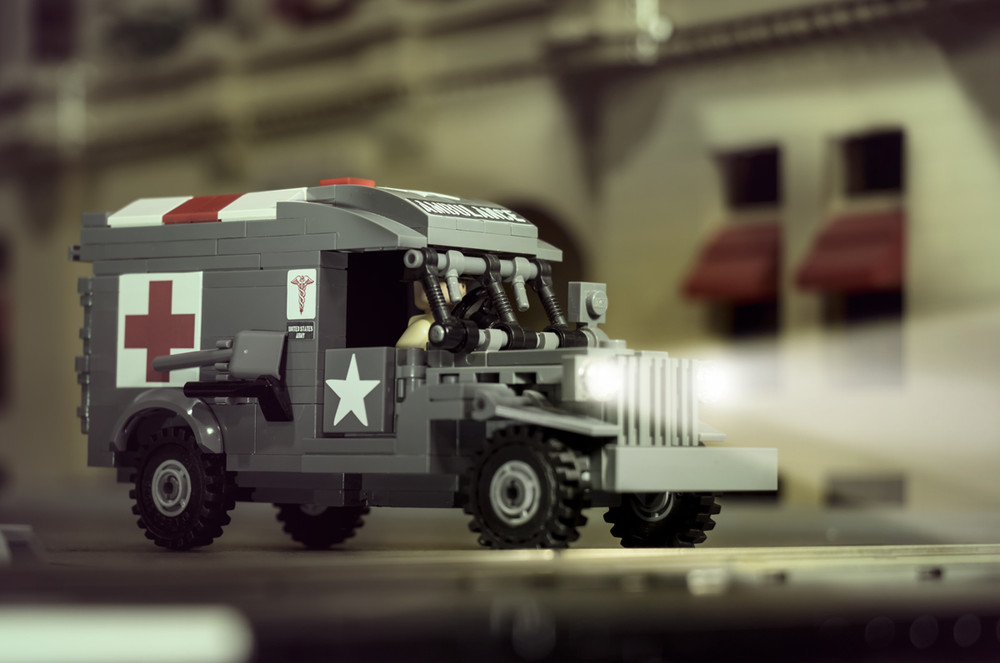 About the WC54 Ambulance:

Deployed primarily during World War II and the Korean War, the WC54 Ambulance served as the primary transport vehicle for battlefield causalities. Although produced by American factories, the WC54 was deployed worldwide through the Lend-Lease Act and enjoyed popularity among Allied forces. It later served M.A.S.H. units during the Korean War. The WC54 would continue to see use through the 1960’s.

Although it was designated as an ambulance, few soldiers were ever treated inside the vehicle. Soldiers were often treated before they entered the vehicle or later at a battlefield hospital, depending on the severity of their injuries. The WC54 was marked as a medical vehicle under the Geneva Convention with a large red cross and a white background. These markings were designed to prevent the ambulance from taking enemy fire under international law, however, this didn’t always work as intended as the WC54 was a front-line vehicle. 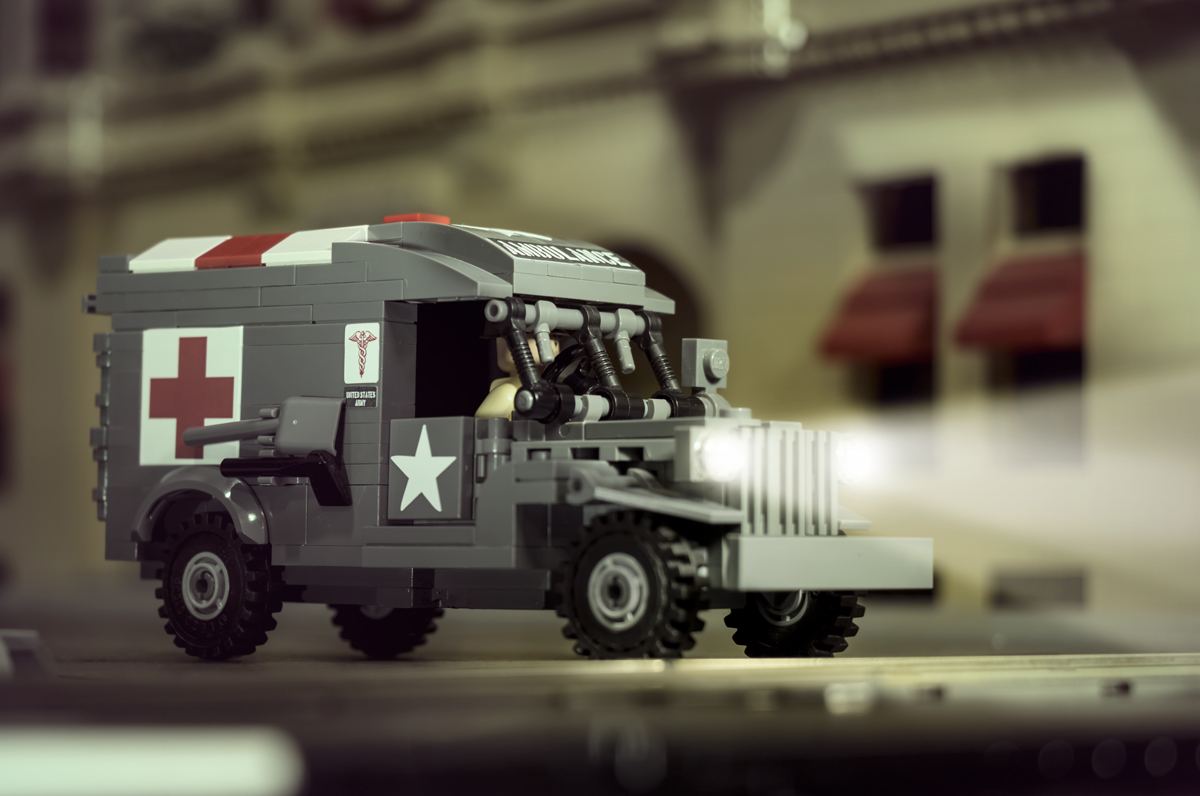 This Brickmania model kit is made from genuine unused LEGO bricks and is shipped disassembled. Also included are full-color printed building instructions and is packaged in a sealed box.