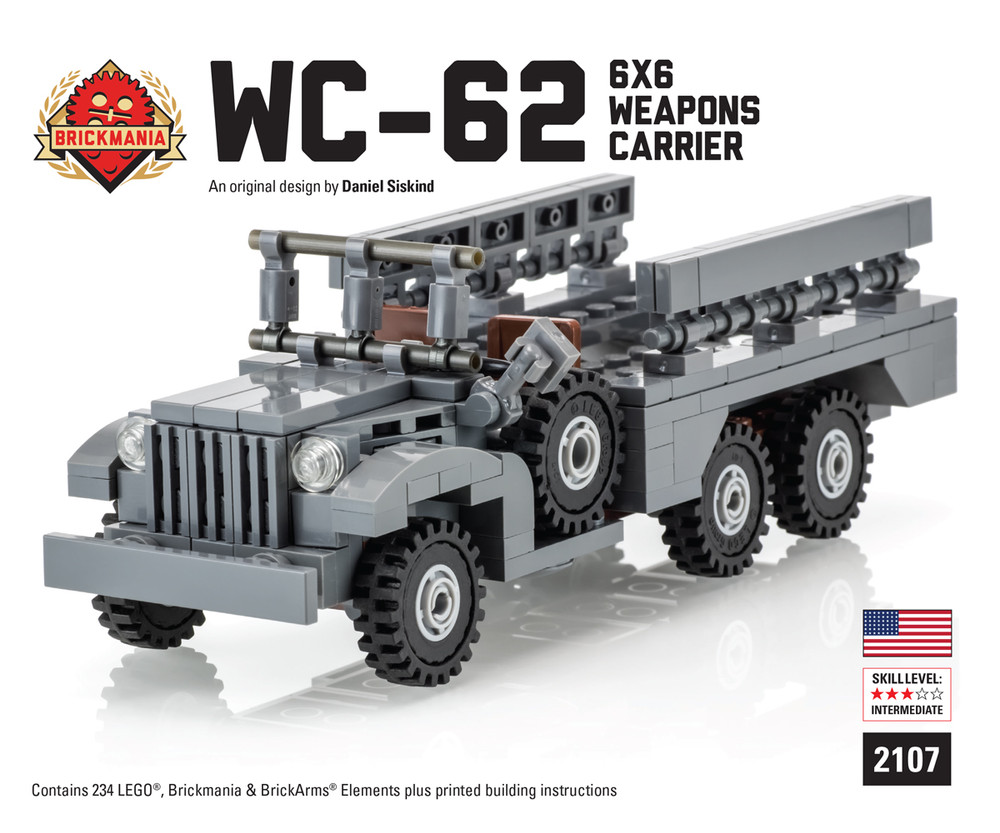 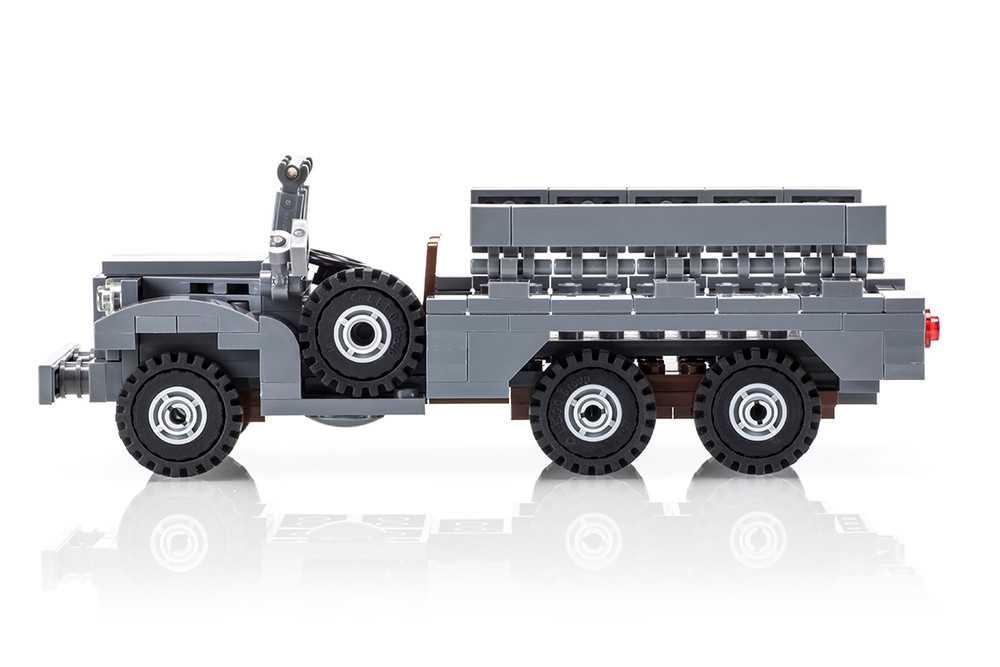 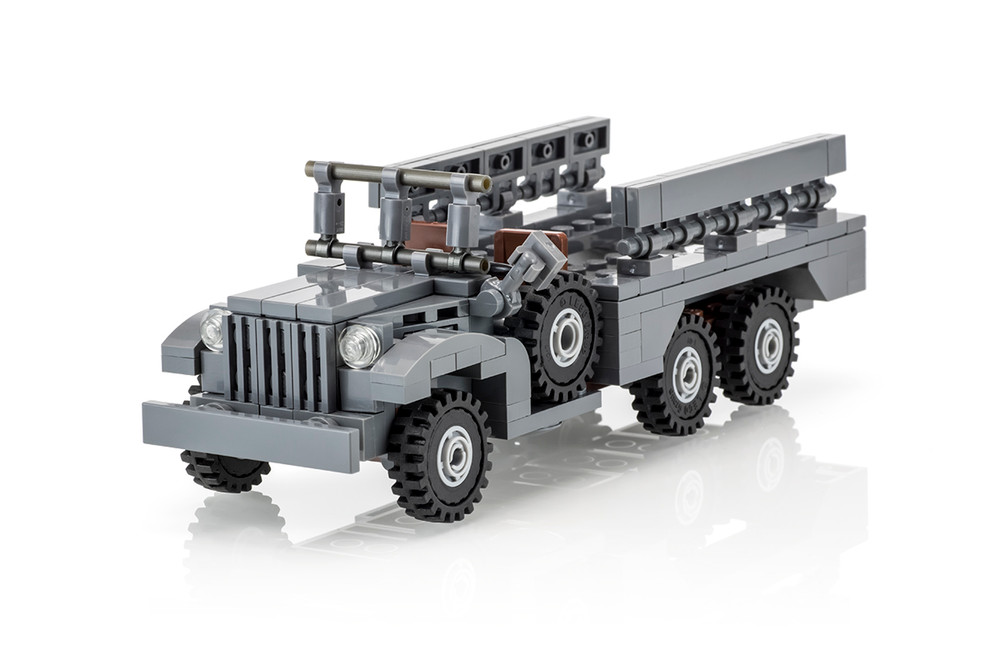 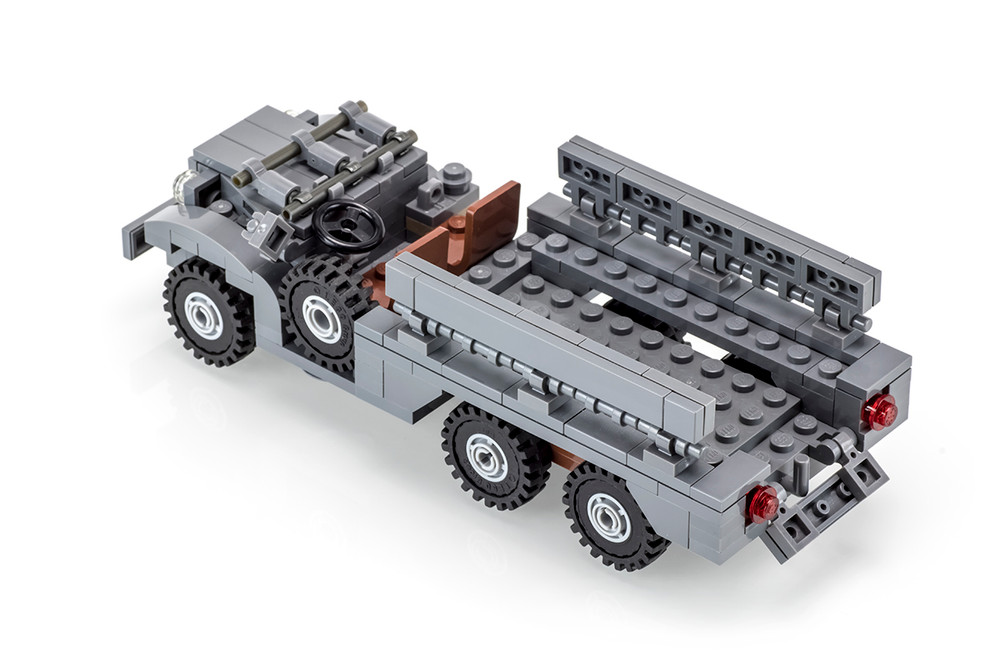 The WC class trucks were one of the most prolific series of military light trucks produced by Dodge during WWII. These trucks replaced the earlier VC ½ ton trucks from Dodge. At the outset of World War II, Dodge produced the WC series of military light trucks, later adding heavier models . Thousands of some variants were produced, while only a few of some others were made. 79,771 of the ½ ton trucks were produced during late 1940–1942 under War Department contracts.

All Brickmania kits are made of new-condition LEGO elements. All kits come disassembled, and include complete full color printed building instructions, and packaged in a sealed box.