The VAB (Véhicule de l'Avant Blindé or Armored Vanguard Vehicle) is a series of armored personnel carriers used by French and international forces. The VAB comes in both 4x4 and 6x6 configurations and there are numerous different armament and utility options available. The VAB saw action during the first Gulf War, Invasion of Afghanistan and UN enforcement actions in Africa.

The VAB 6x6 was used in the movie "Black Hawk Down" to depict United Nations APCs that took part in the rescue operation of Task Force Ranger during the Battle of Mogadishu. 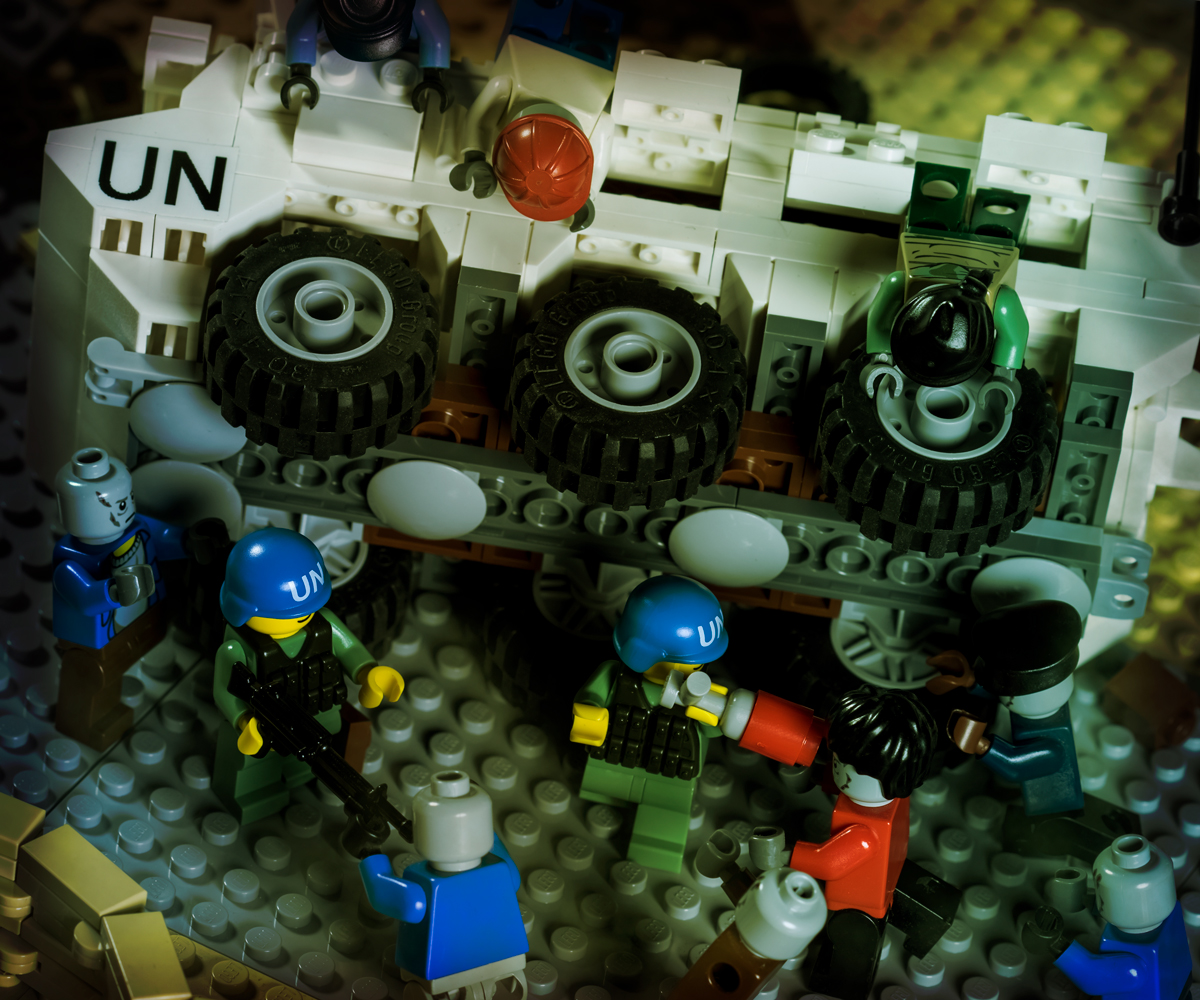 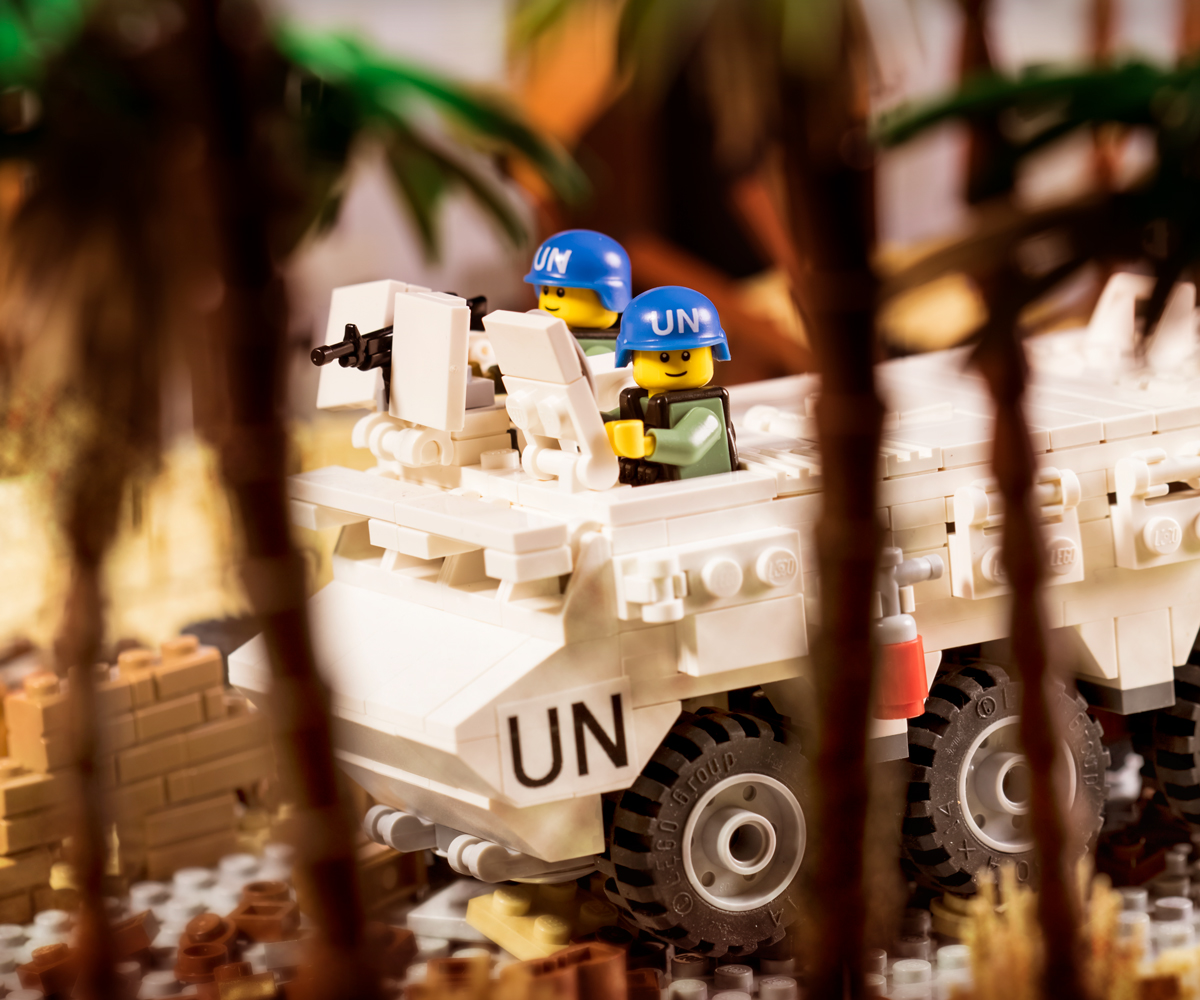 The VAB 6x6 APC kit has the following features:

All Brickmania model kits are made of new-condition LEGO bricks and this one also includes compatible accessories by BrickArms. Model comes disassembled, includes complete full color printed building instructions and comes packaged in a sealed box.