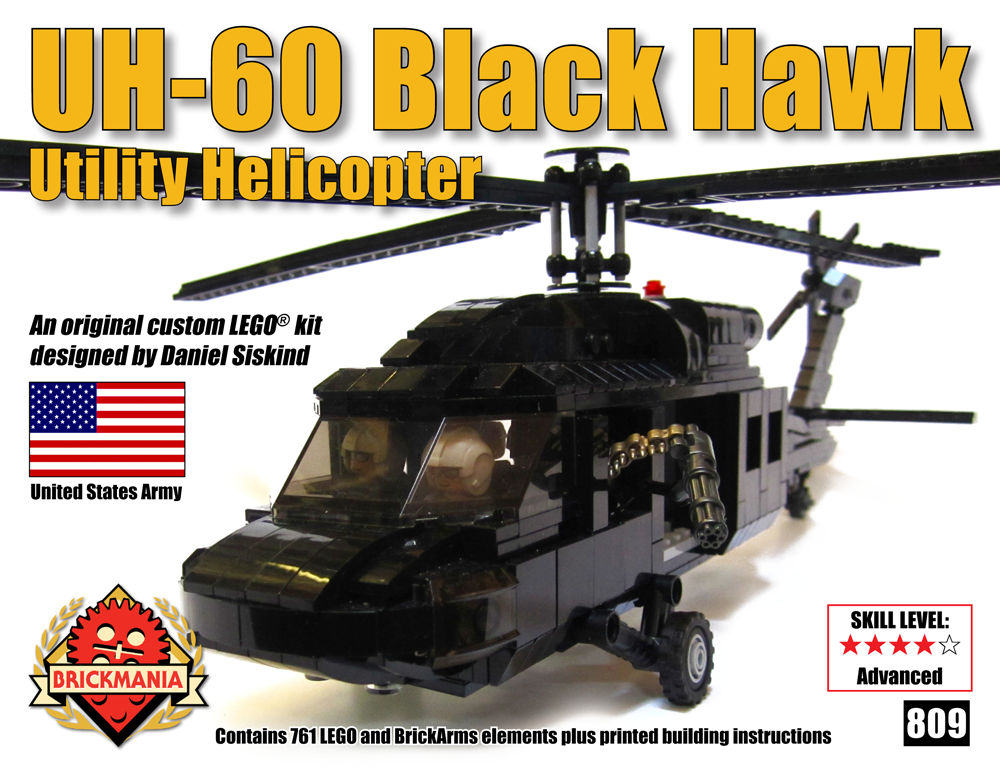 The Sikorsky UH-60 Black Hawk helicopter was introduced in 1979 as the replacement for Bell UH-1 Iroquois, the previous utility helicopter of the US Army. With large shoes to fill, the Black Hawk was able to far exceed all of the capabilities of its predecessor with far greater speed, range, capacity and survivability. The UH-60 has been configured to serve a number of different roles, but the most significant numbers produced being the UH-60A (with updates now called UH-60M) utility configuration. This version of the Black Hawk has a four man crew and can carry up to 11 combat-ready soldiers, 2600 pounds of cargo, or a complete 105mm howitzer battery including its four-man crew. Black Hawks have participated in almost every American military operation since the 1980′s, up to and including the raid against Osama Bin Laden.

The UH-60 Black Hawk has the following features:

All Brickmania model kits are made of new-condition LEGO bricks and this one includes compatable weapons by BrickArms. This model comes disassembled and includes completed printed building instructions and comes packaged in a sealed box. This is a limited edition kit and priduction may be discontinued at any time.