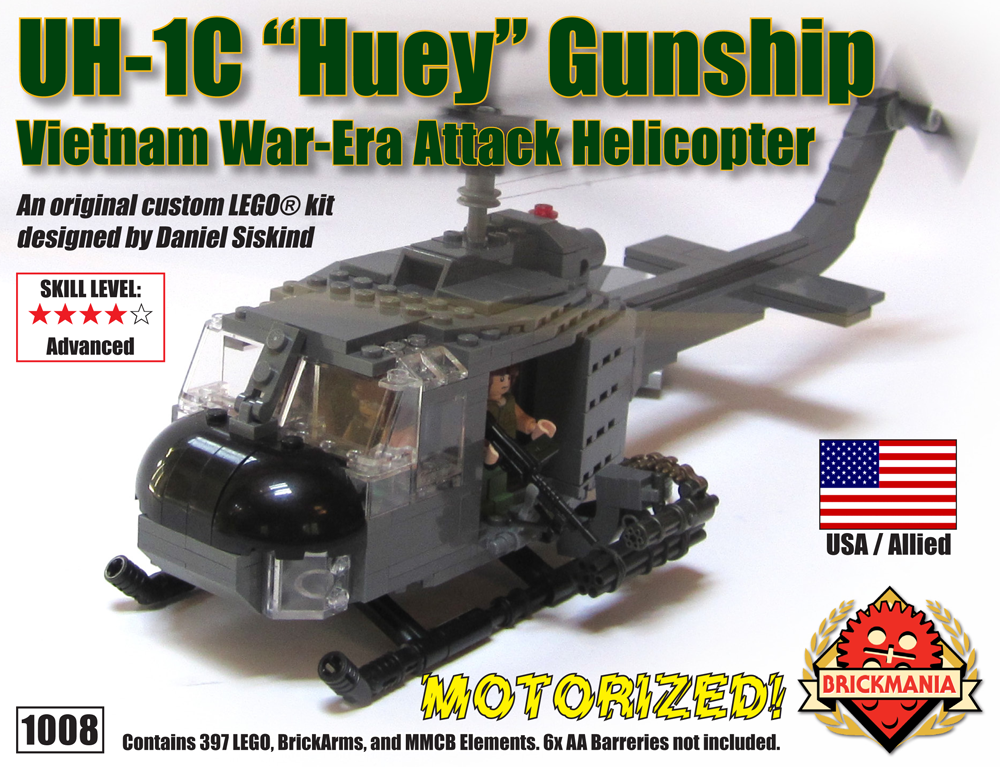 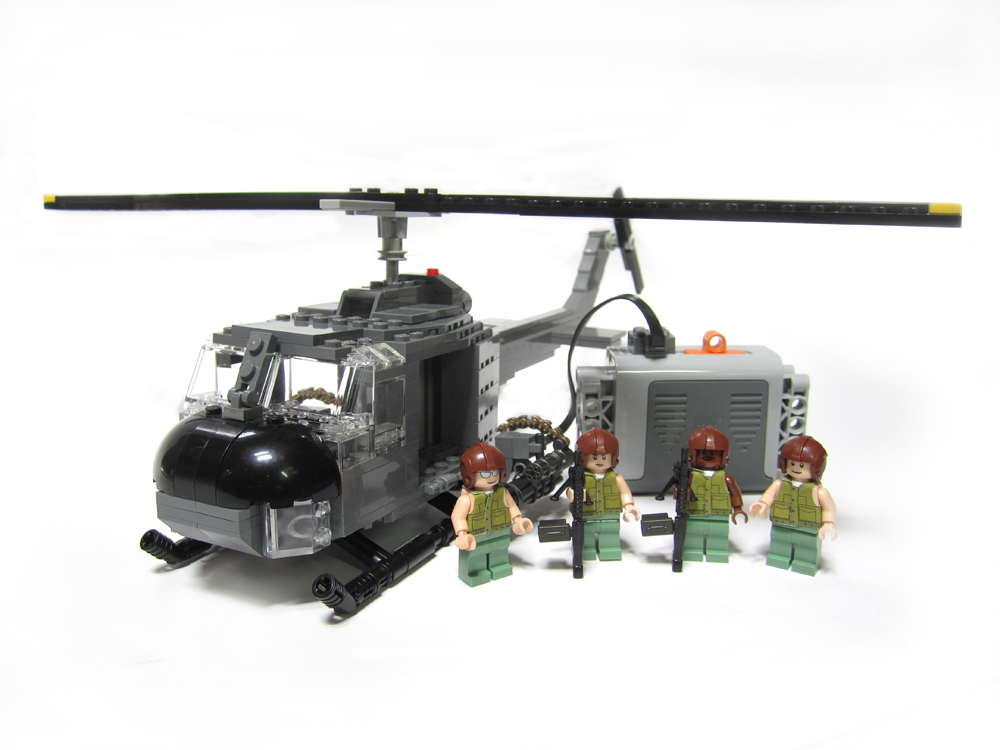 The UH-1C is a Vietnam War era Gunship variant of the famous UH-1 Iroquis or "Huey" helicopter. The gunships were specifically designed as tactical fire support escorts for the larger UH-1D and UH-1H troop carriers. The gunships' role as an escort gunship was to suppress enemy ground fire around the LZ (landing zone) before the arrival of the troop transports or medivac missions. The Huey gunships were also used extensively for close-in air support for ground and provided concentrated firepower where tradional artillery and fixed wing aircraft could not reach.

The UH-1C was a more powerful development of the UH-1A and UH-1B models and could carry a large array of armament configurations depending on its mission. For this kit we have included the XM-21 weapon system which combines a seven-tube 2.75" rocket launcher with a 7.62mm minigun on each side of the helicopter. There are also a pair of door mounted M60 machine guns for additional firepower.

This kit includes parts and instructions to build the vehicle depicted on the box cover image. It is made from only new condition elements from LEGO and BrickArms and is shipped unassembled with printed building instructions. Due to the complext nature of motorizing this kit, we have given it a skill level rating of "Advanced."  Noteable special features of this kit include the following:

Fence sitters beware:
Due to the thoroughly time-consuming nature of a assembling a batch of kits of this complexity, we are unlikely to make another batch once the first one sells out. If you don't get one from the first batch, there's a high possibility that you may miss out for good!