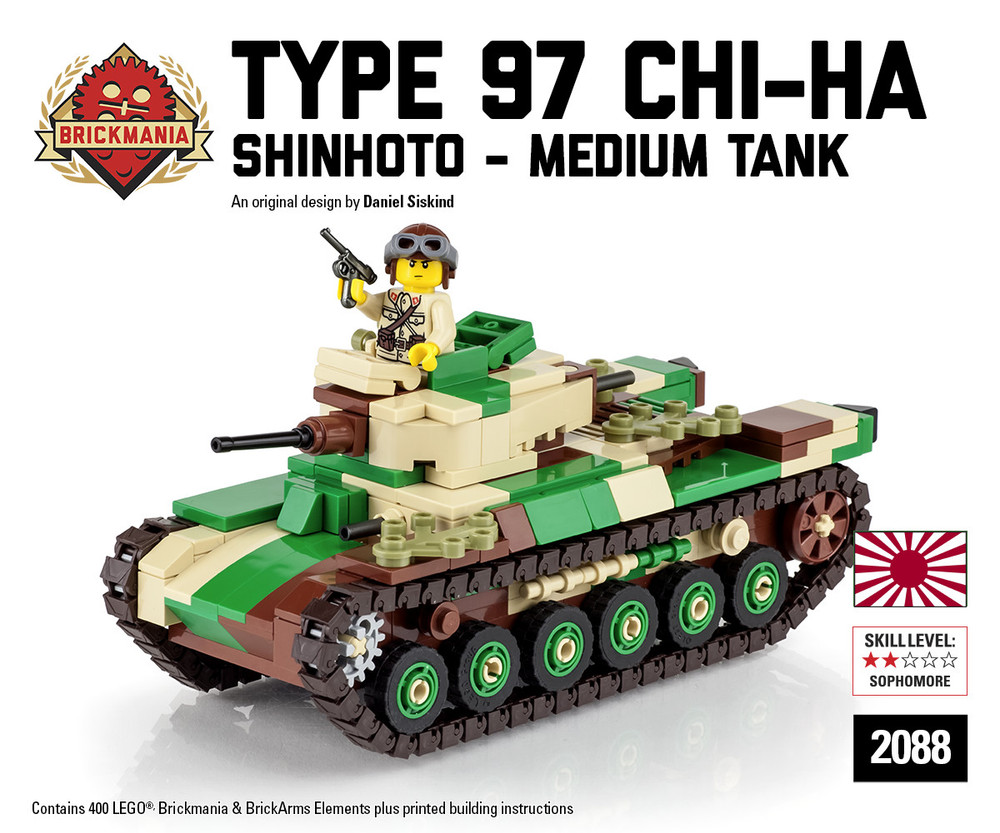 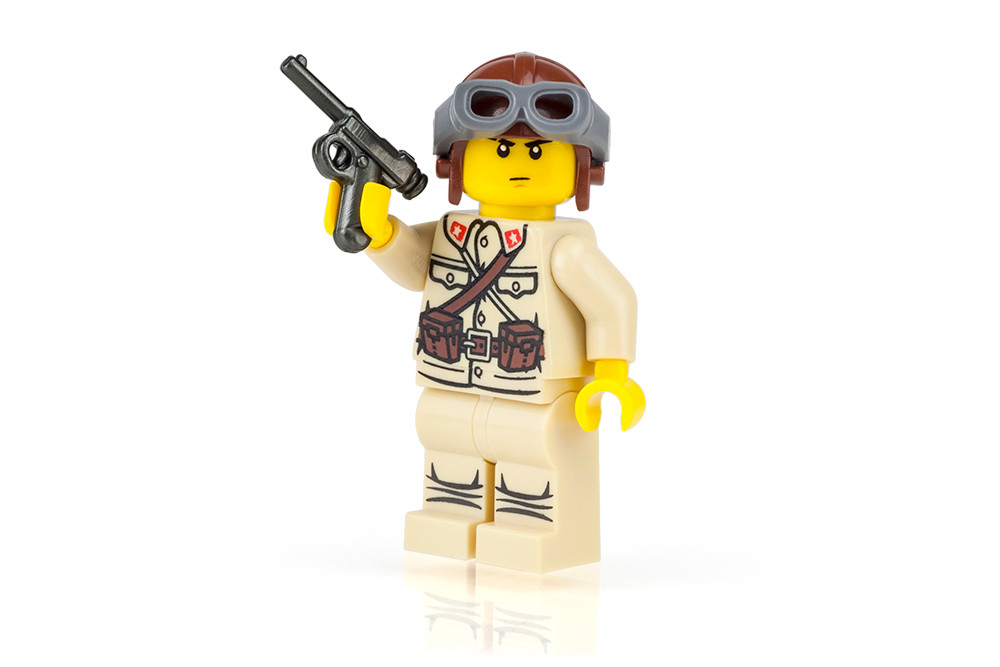 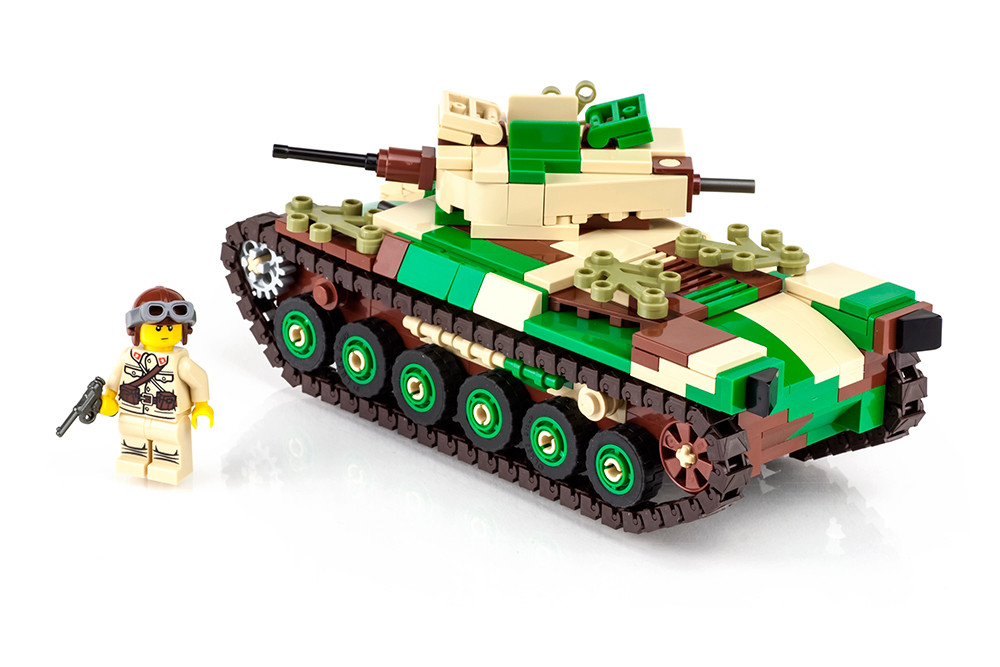 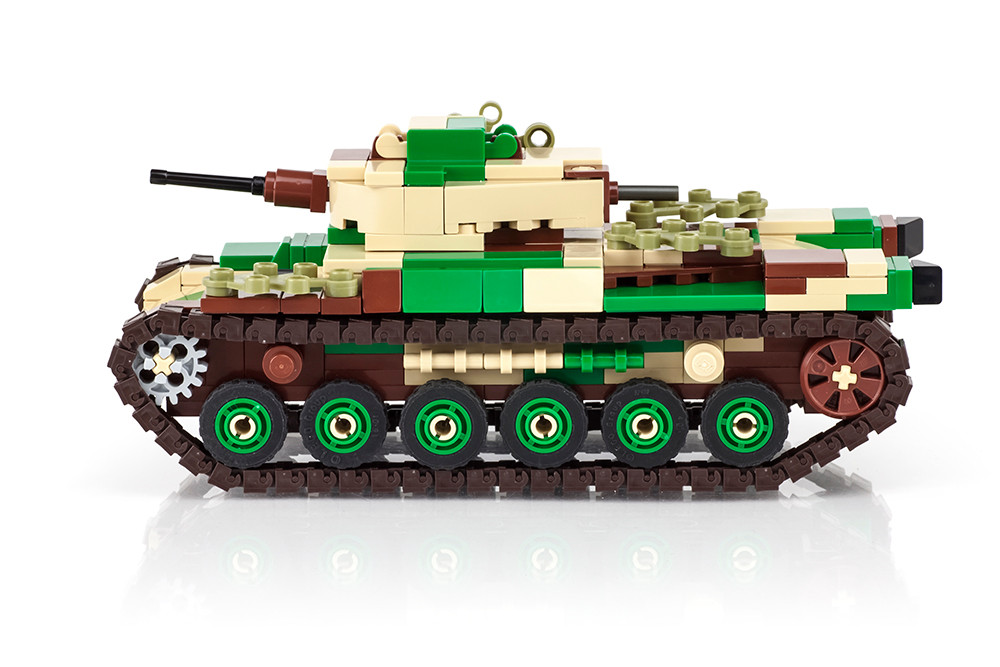 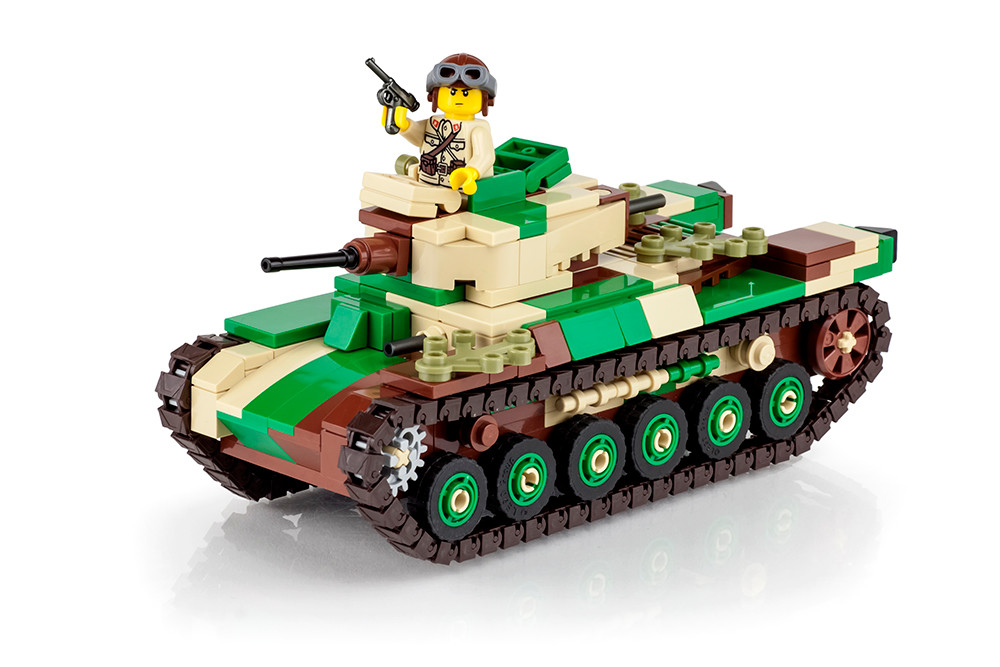 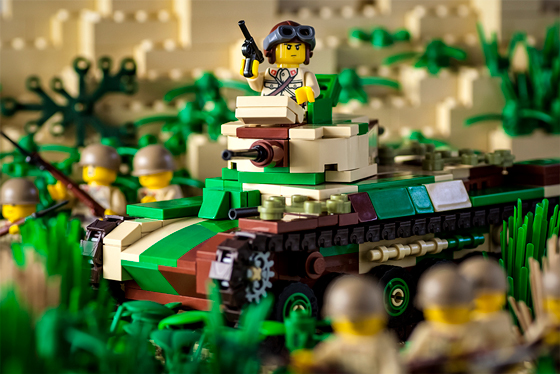 The Type 97 Chi-Ha was a medium tank used by the Imperial Japanese Army in World War II. As designed in 1936, the Type 97 was originally armed with a 57mm low-velocity gun designed for infantry support. In the aftermath of the Japanese defeat by the Soviet Union at Khalkhin Gol in 1939, a more powerful 47mm anti-tank gun was developed, copied from the successful Soviet 45mm design. This new gun was used in the "Shinhoto" ("new turret") Chi-Ha and was produced from 1939-1941. The Type 97 was used with great success by the Japanese in their dramatic sweep of the western Pacific in 1941-42 and were particularly effective on the Malay and Philippines campaigns.

When the tides of war shifted, the Japanese were put on a defensive posture, and the remaining Type 97 tanks were dispersed across Japan's vast island empire. The up gunned Shinhoto was proven to be effective against the American's M3 Stuart light tank, but was largely ineffective against the M4 Sherman. With little room for maneuver on the island outposts in the Pacific, many Type 97s ended their days as static pill-boxes, buried up to their turrets with rock and soil. When the Japanese did mass their tanks for a counterattack, they were grossly outnumbered by their opposition in terms of tanks and firepower, and the results were an honorable but ineffective sacrifice for the emperor.

The Type 97 Chi-Ha Shinhoto kit has the following features:

All Brickmania model kits are made of new-condition LEGO bricks and this one includes Brickmania Track Links and compatible accessories by BrickArms. This model comes disassembled, includes complete full color printed building instructions, a signed certificate of authenticity and comes packaged in a sealed box.