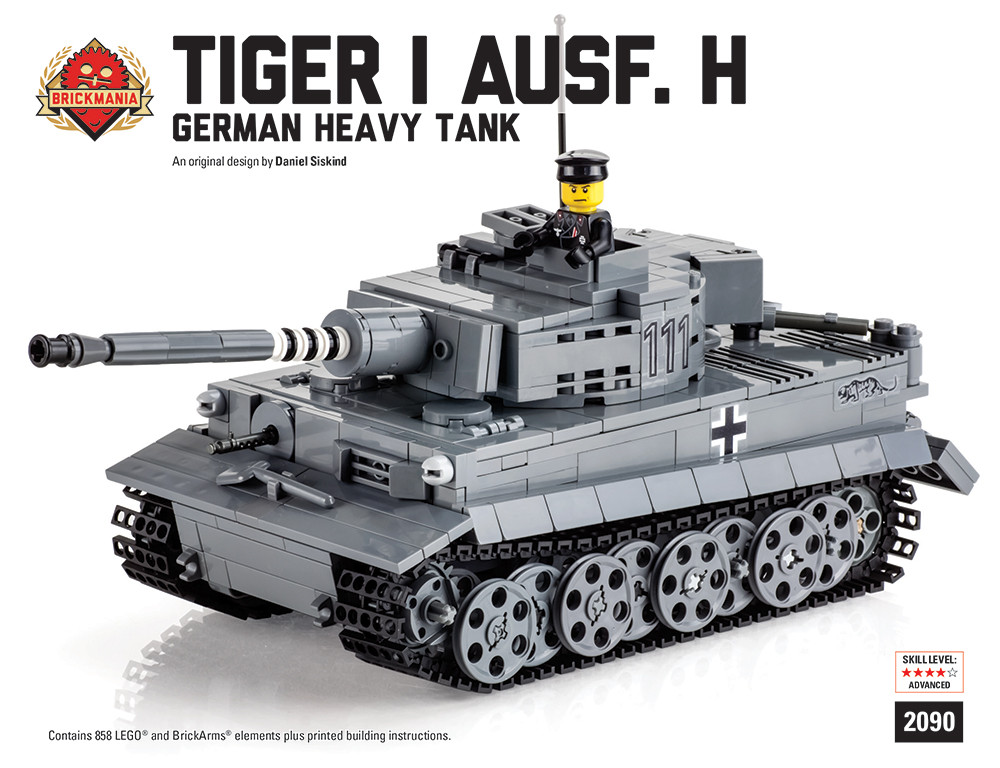 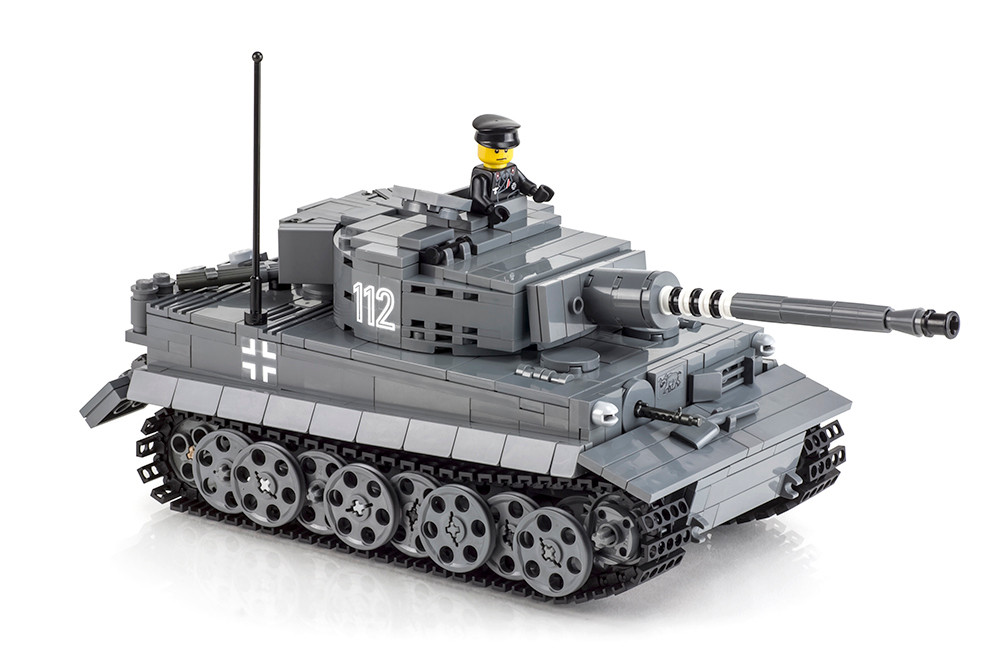 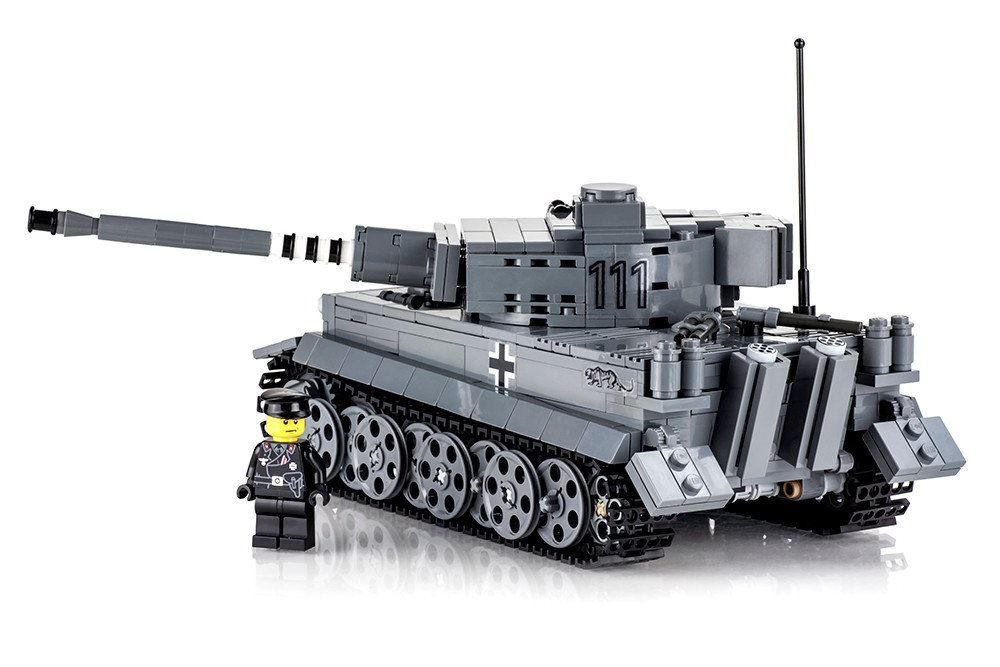 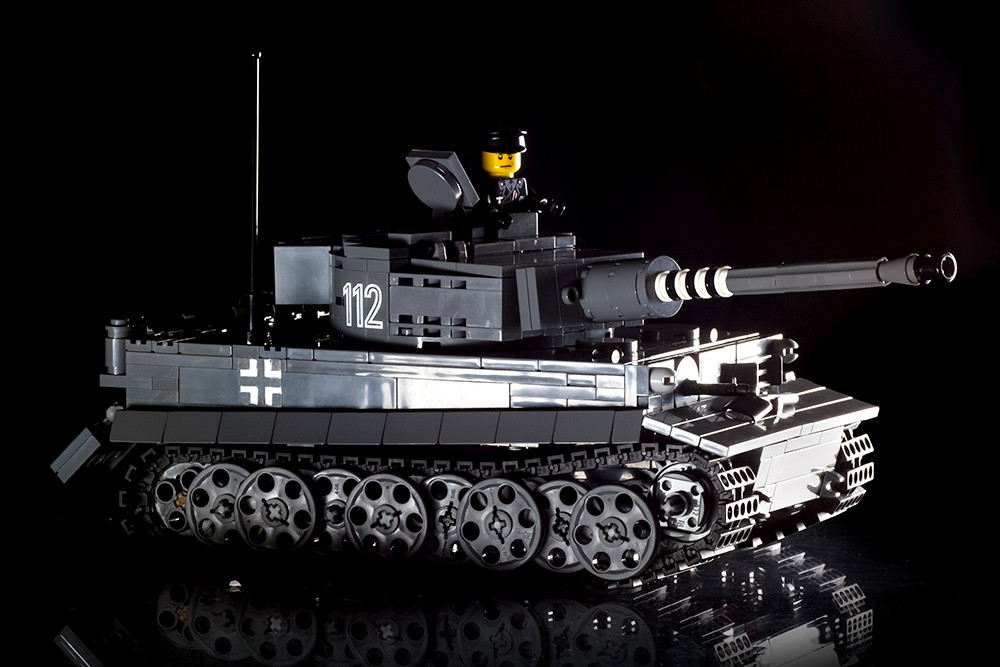 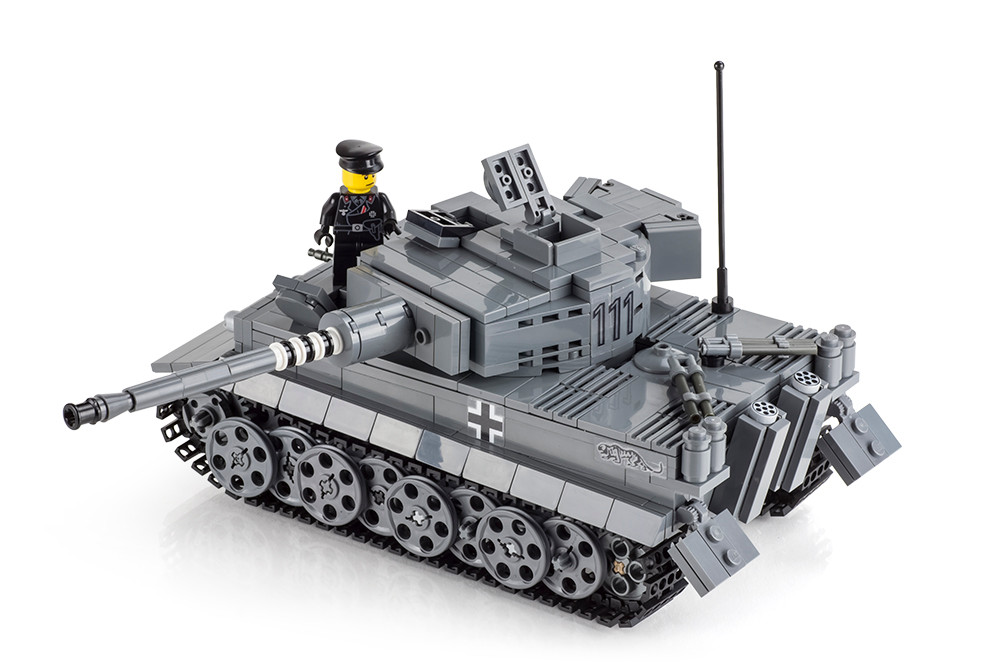 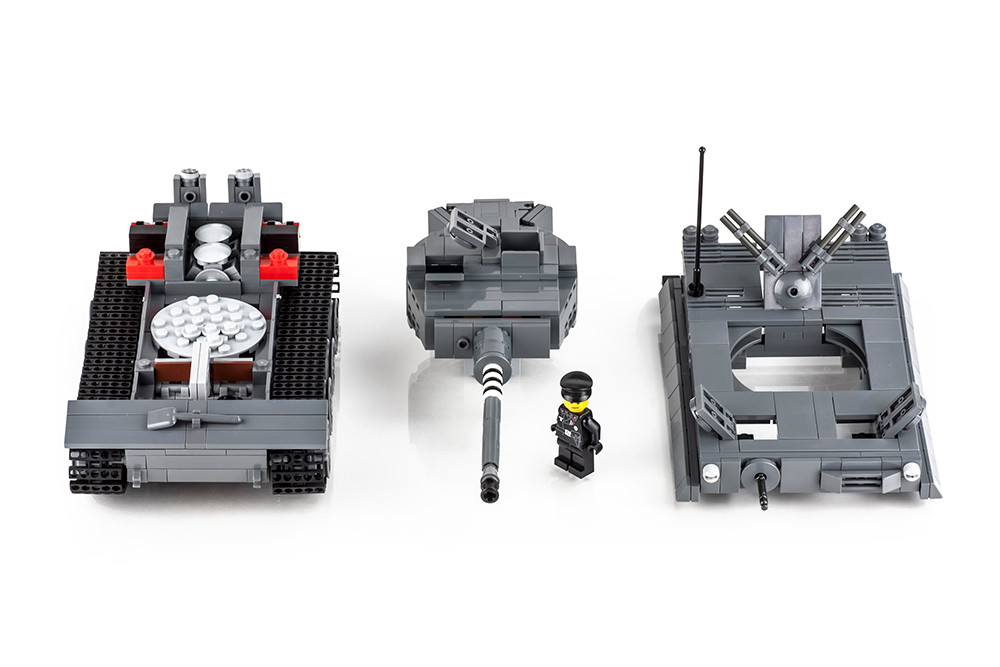 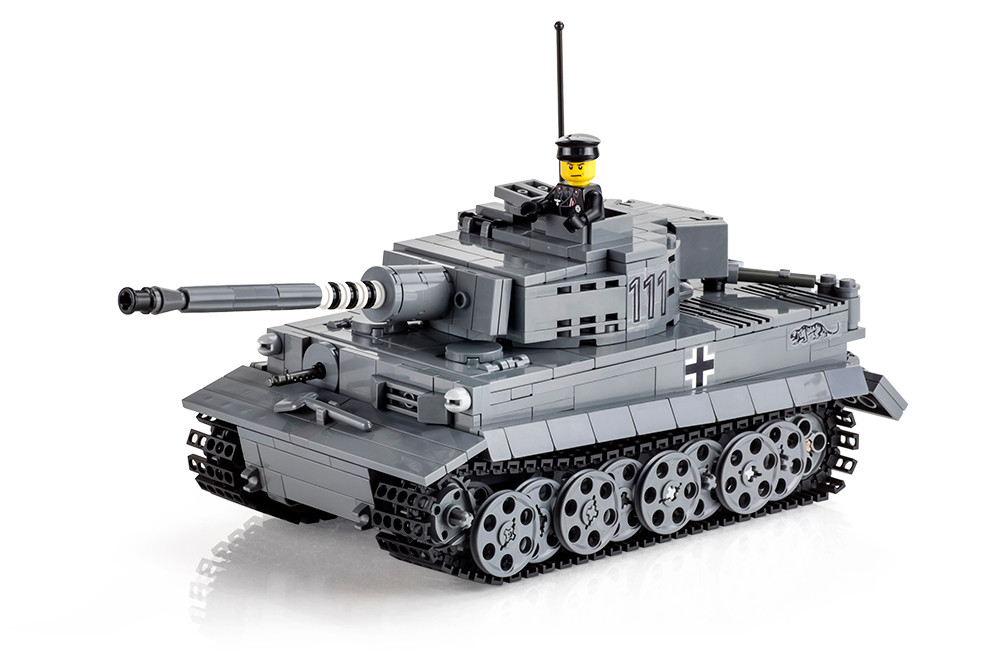 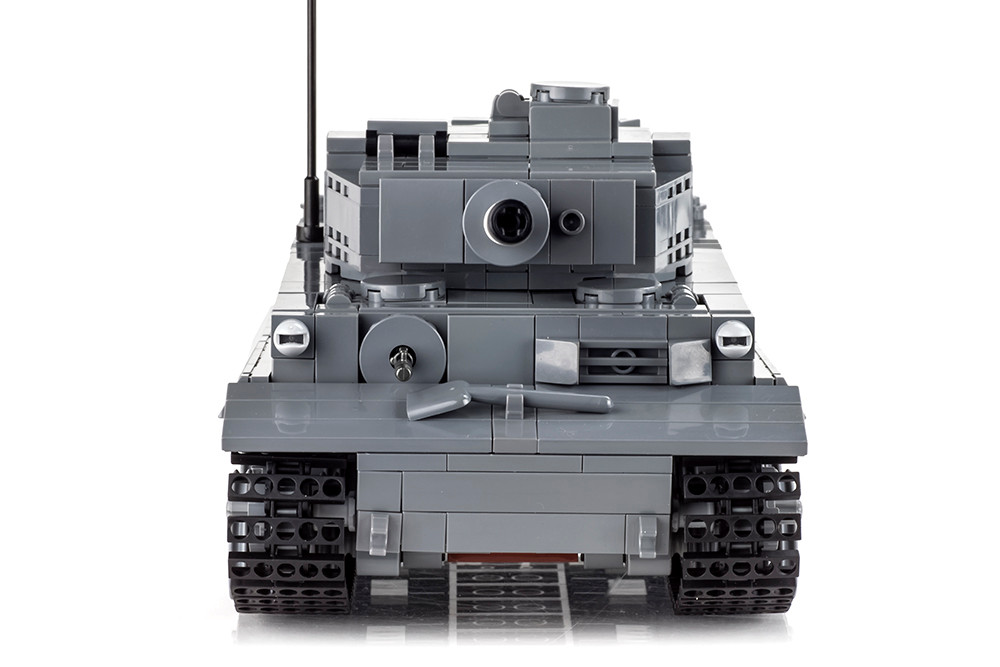 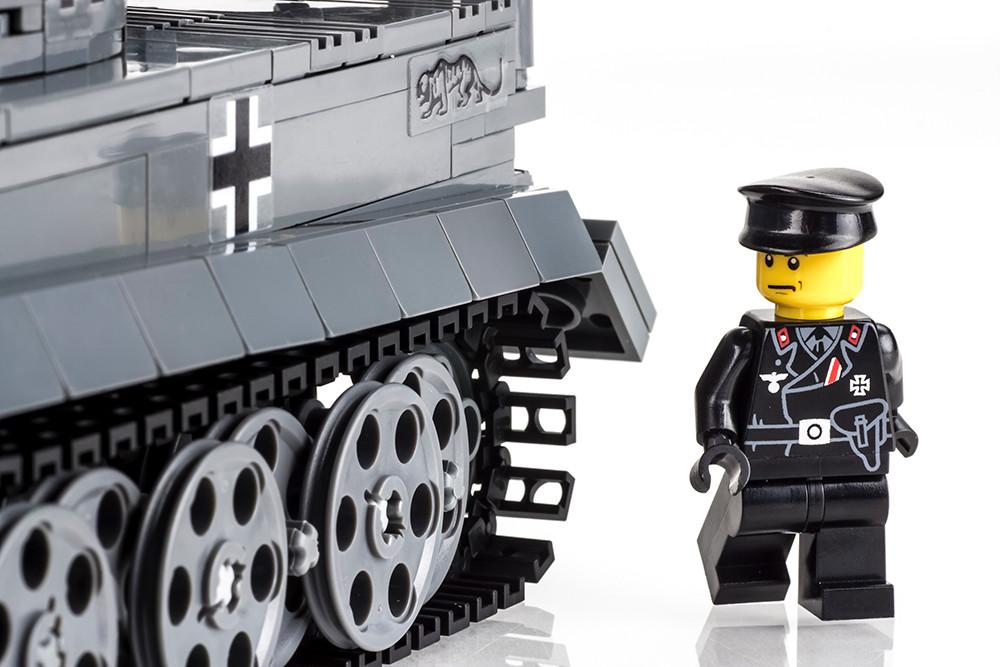 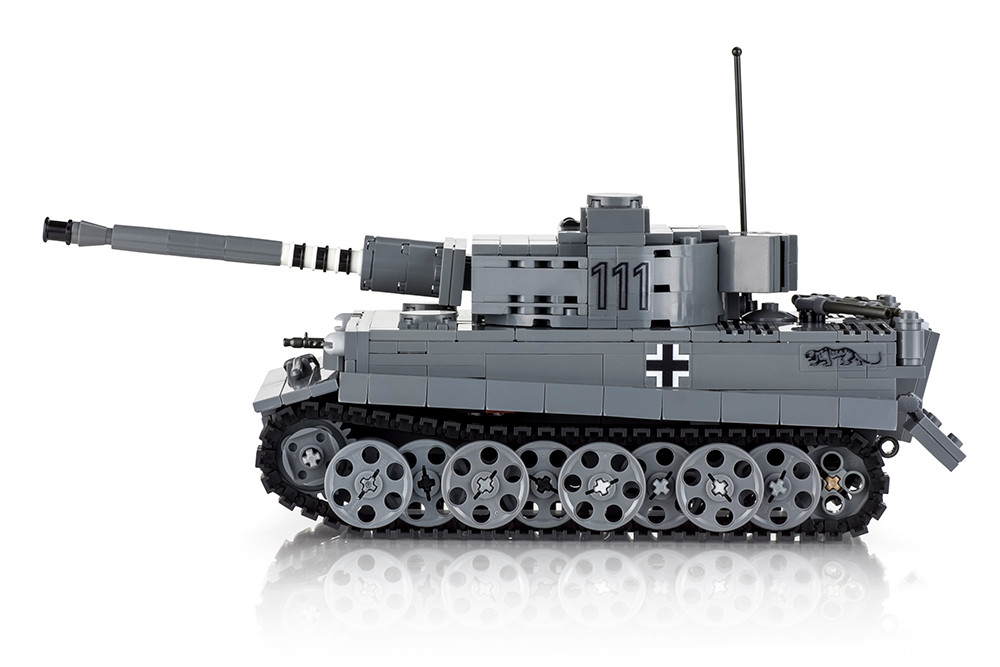 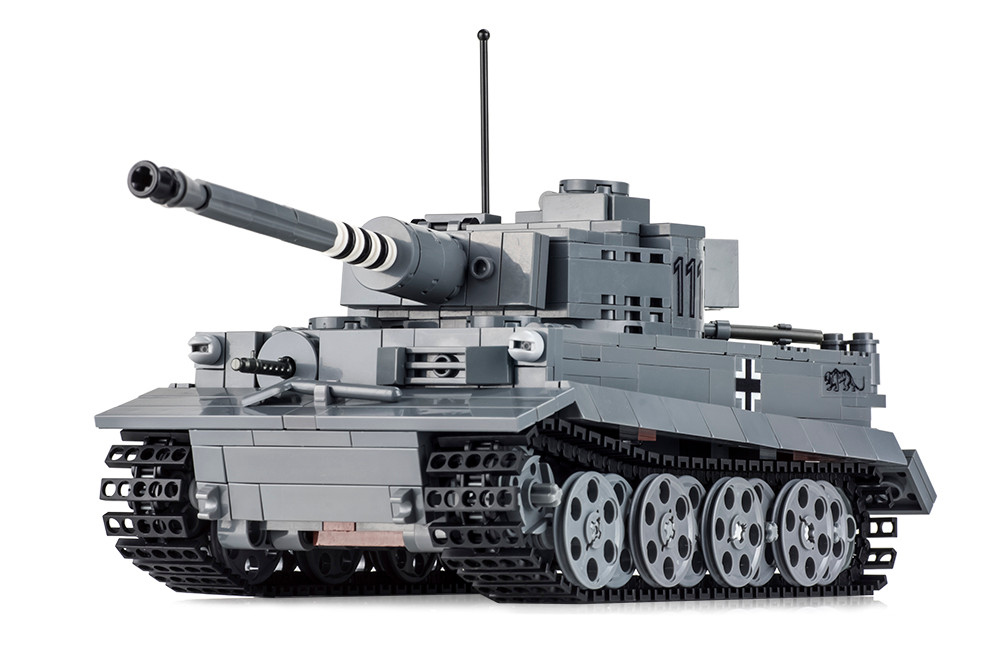 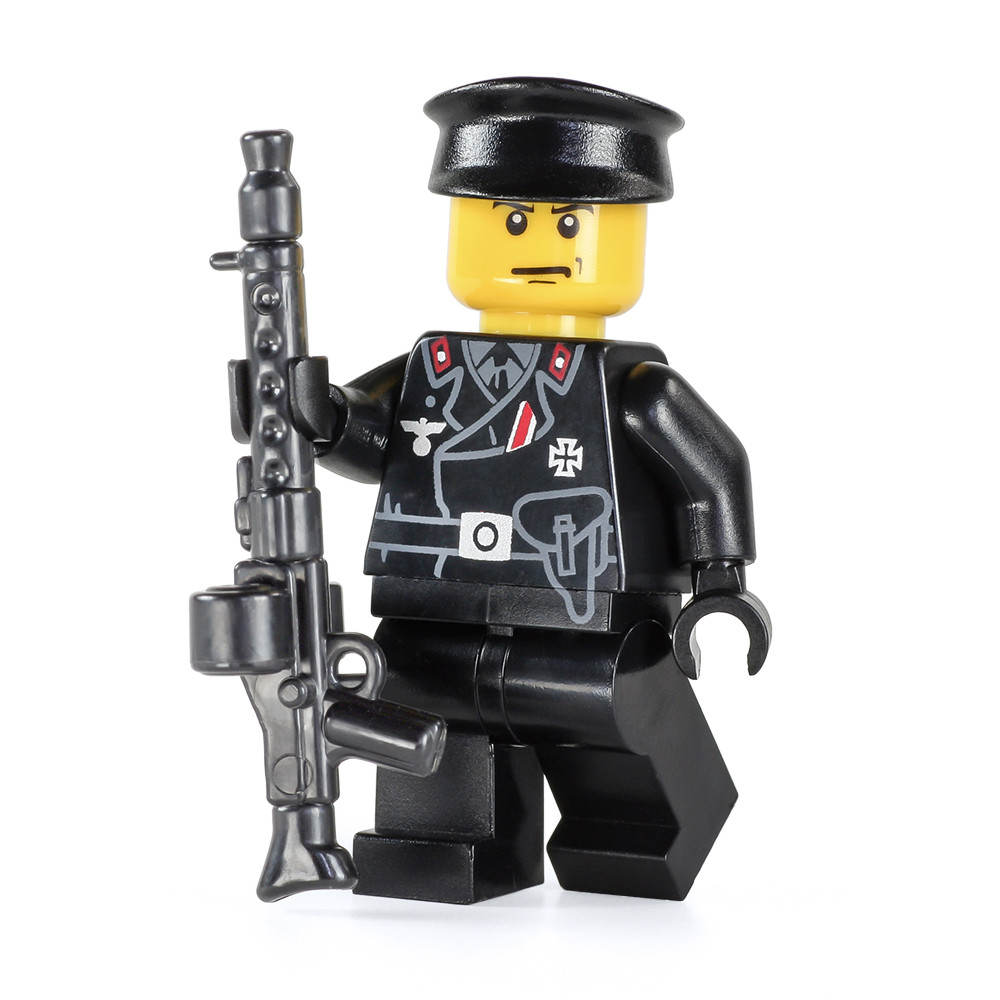 Of all the tank designs to reach the twentieth century battlefield, no other vehicle has attained such legendary and mythical status as the German Tiger heavy tank. Backed up by undeniable battlefield effectiveness, the Tiger’s mythos grew to legendary status and struck terror into the hearts of those faced with the challenge of defeating it.

The origins of the Tiger tank date back to 1937 when a 30-35 ton heavy tank was discussed by German planners. The idea was dropped in favor of the more lightweight and mobile Panzer III and IV series, which proved adequately effective against Allied forces in Poland and France. When the Axis powers turned their forces against Russia, the Panzers were met with massive numbers of the new Soviet T-34 medium tank. The Panzertruppen found themselves out-gunned and facing certain defeat unless they were equipped with more powerful weapons. 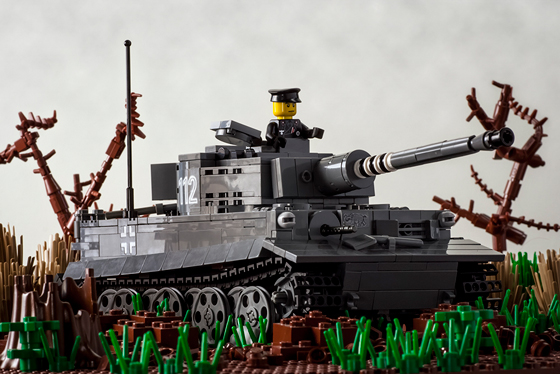 A new 55 ton heavy tank was to be produced, armed with an adaptation of the deadly 88mm anti-aircraft gun and 100mm of frontal armor. The winning prototype was designed by Henschel (referred to as the Panzerkampfwagen VI, Tiger I Ausf H) and was ordered into production in July of 1942. While sequentially following the much sleeker Panther tank (Panzerkampfwagen V), the Tiger was clearly a throwback to earlier design work with its vertical armor. Instead of sloping armor, the Tiger relied on brute strength of its armor for protection. This simplified design helped speed the Tiger into production, although not without such innovations as a semiautomatic transmission, a hydraulically powered turret, and power steering, which allowed the driver to steer with a wheel instead of a pair of brake levers.

The Tiger made it’s battlefield debut in September of 1942 and immediately proved effective at knocking out virtually any adversary within effective range of opposing fire. The Tiger successfully served the Panzertruppen on all fronts on the European continent until the end of the war. The Tiger’s near invincibility against any other Allied armored vehicle instilled a fear known as “Tigerphobia” and reports of battlefield encounters with Tiger tanks were censored by British commanders to prevent panic amongst the troops.

While the Tiger (and its descendant Tiger II) was undoubtedly one of the most formidable weapons present at any battle in World War II, less than 2000 were produced due to its enormous material cost. Even though it was one of the greatest tanks of all time, achieving an unequaled legendary status in AFV history, it never reached the battlefield in sufficient numbers to the turn the tide of the war. Although inferior in almost every aspect, the mass-produced medium tanks of the Allies (Sherman and T-34) were deployed in sufficient numbers to overwhelm the limited number of German heavy tanks, even while suffering grievous losses to their own units.

Brickmania has released several Tiger I kits going back to 2003, but this is the first time we've made the early Tiger I Ausf H available.  It has all of the same play features of the previous edition of Tiger I kits, but took some time to make improvements in durability and playability. While this kit only includes the Panzer Commander minifig, three can ride inside the hull and one more can each occupy the commander's and loader's hatches. Additional figures are sold sepearately.

This Brickmania model kit is made from genuine, unused LEGO® bricks and is shipped disassembled. This kit included are full-color, printed building instructions, and is packaged in a sealed box.