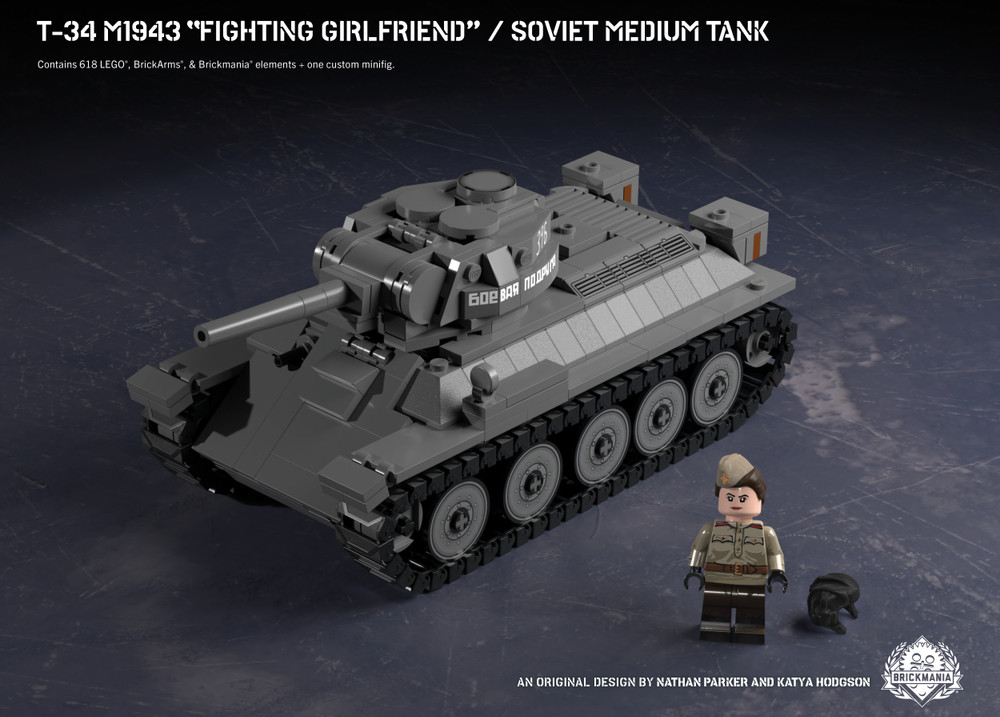 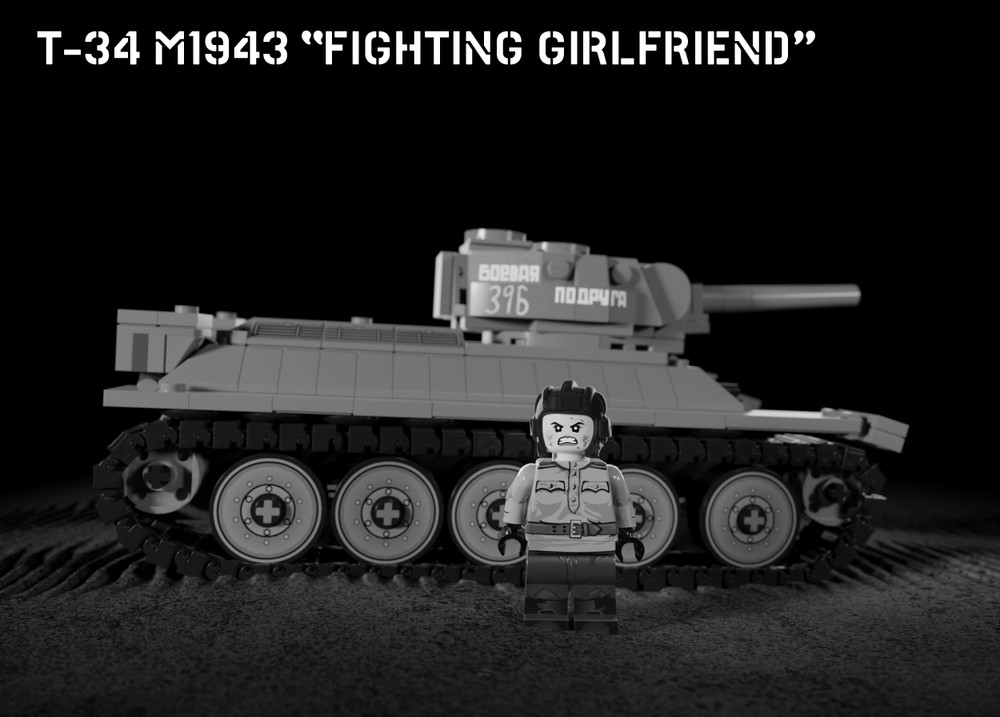 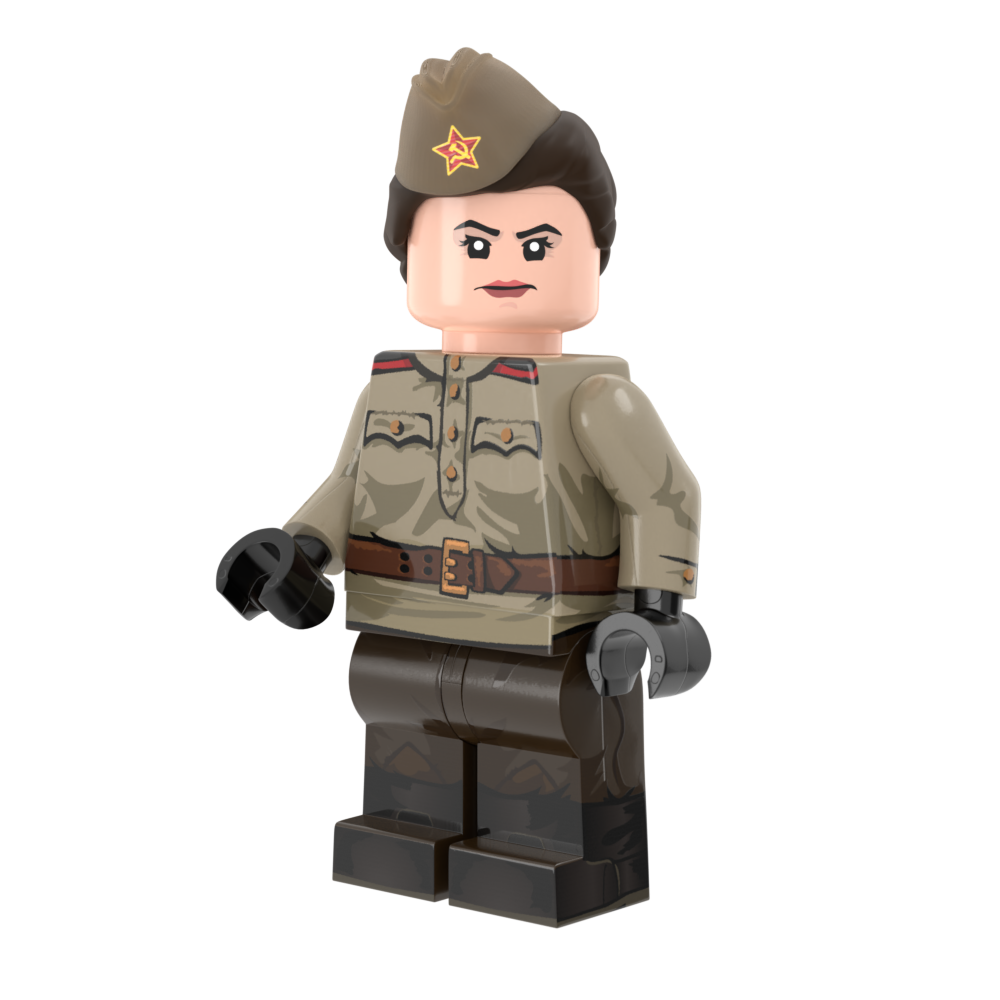 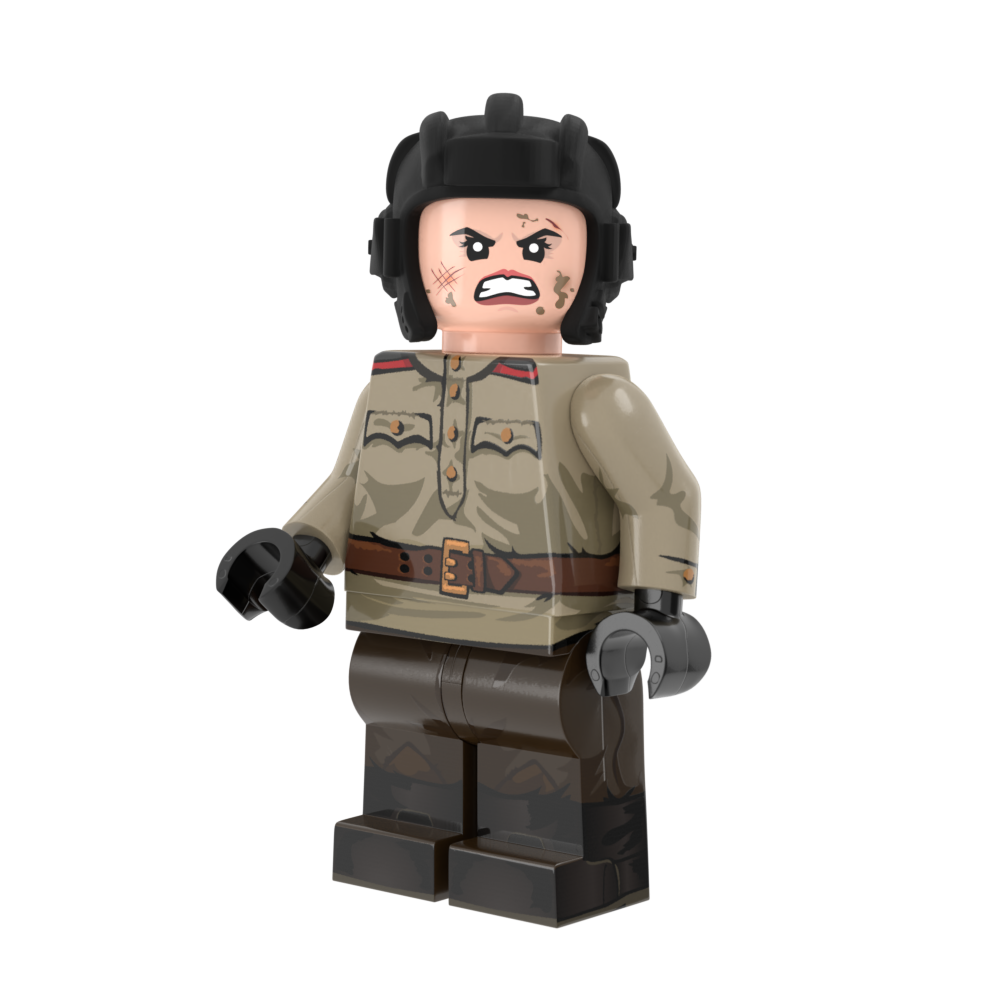 NOTE: This kit comes with ONE custom minifig. The renders depict the alternative faces and head accessories, which is why there are two of them.

As the Germans stormed east during World War II, the Soviet Union’s Mariya Oktyabrskaya was evacuated to Siberia where she stayed until she received notice of her husband’s death—two years after the fact. Through her grief, she wanted to join the Red Army, but was rejected because of her health and age. Her perseverance did not falter. Instead, she sold all of her property and donated the money to the production of a T-34 tank. She then wrote a letter to Stalin asking to become a tank driver. He granted her request. For six months Oktyabrskaya went through intense training, while many mocked her “publicity” stunt. But her determination and drive proved any doubters wrong. Not only did she fight against the Germans, but she became the top tank commander in her unit. Through her grief she inflicted pain and punishment on her enemy. Machine gun nests and artillery placements fell under her tank’s fury. However, while attempting to fix her tank amidst battle, Oktyabrskaya was hit by shrapnel, sending her into a coma. She never woke again and died two months later on March 15, 1944, but she won’t soon be forgotten.

The T-34 tank has become synonymous with World War II and the Red Army. Introduced in 1941 and updated over the course of the war, the T-34’s secret development surprised parties on all sides. Its unique shape created by sloped armor was revolutionary. Its 500hp diesel engine was less prone to explosion as occurred in gasoline engines. Over 80,000 were built during the war and many saw worldwide use for decades to come.