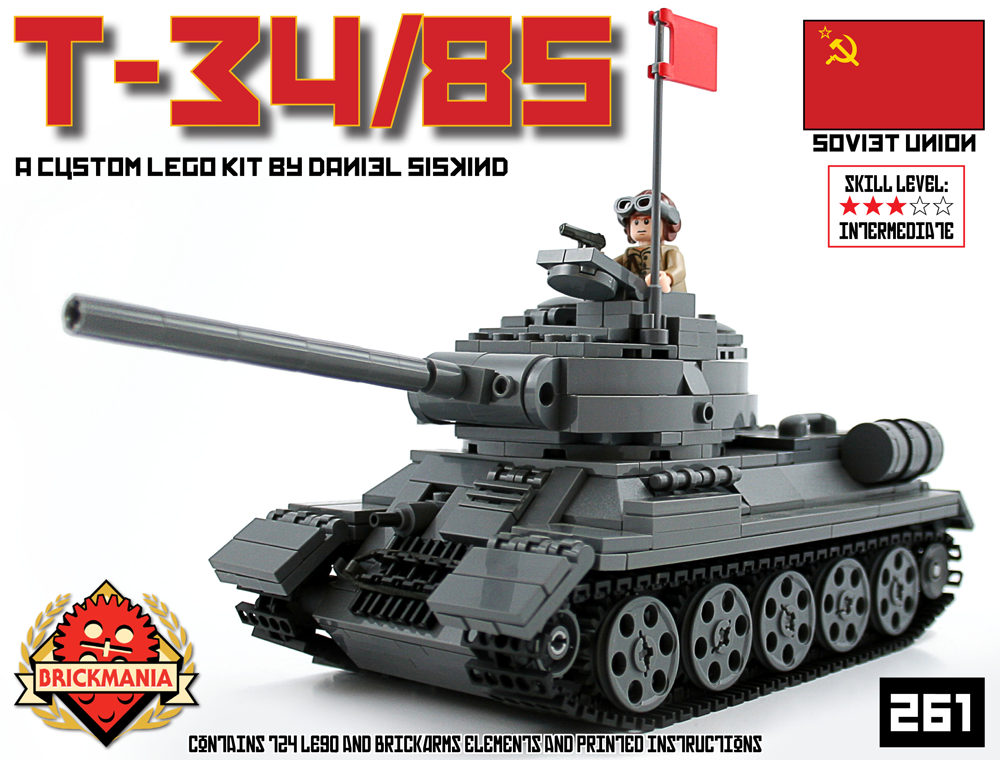 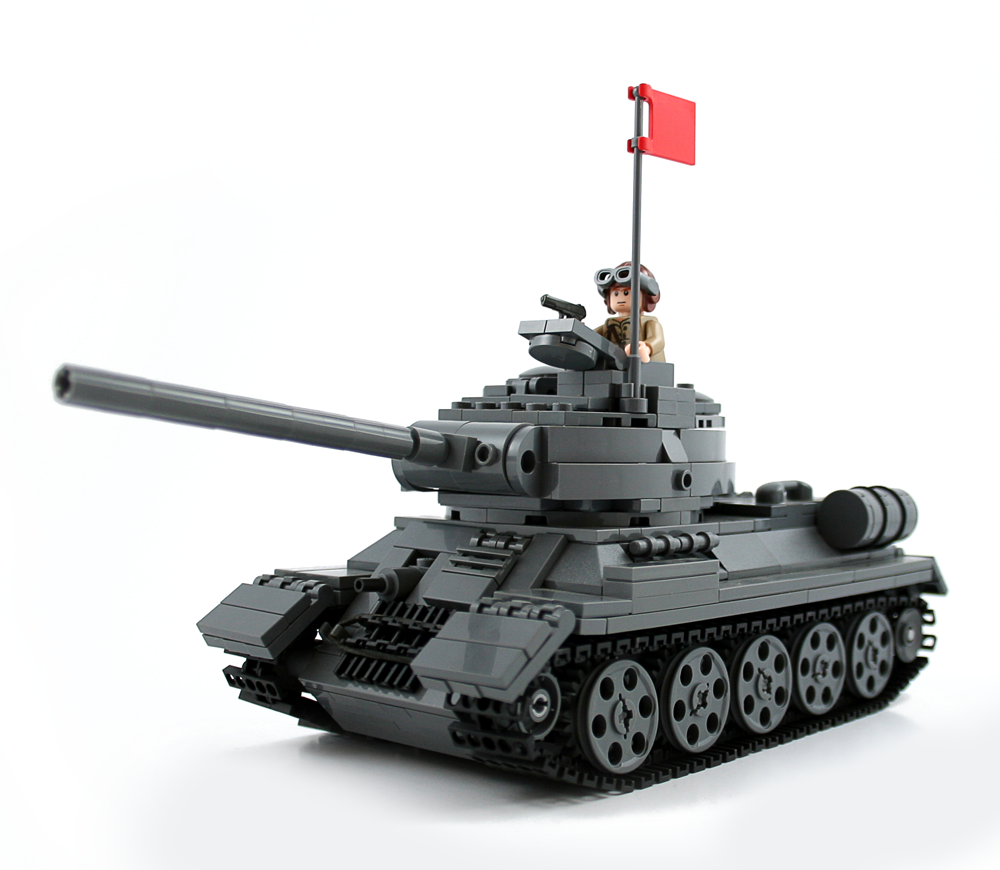 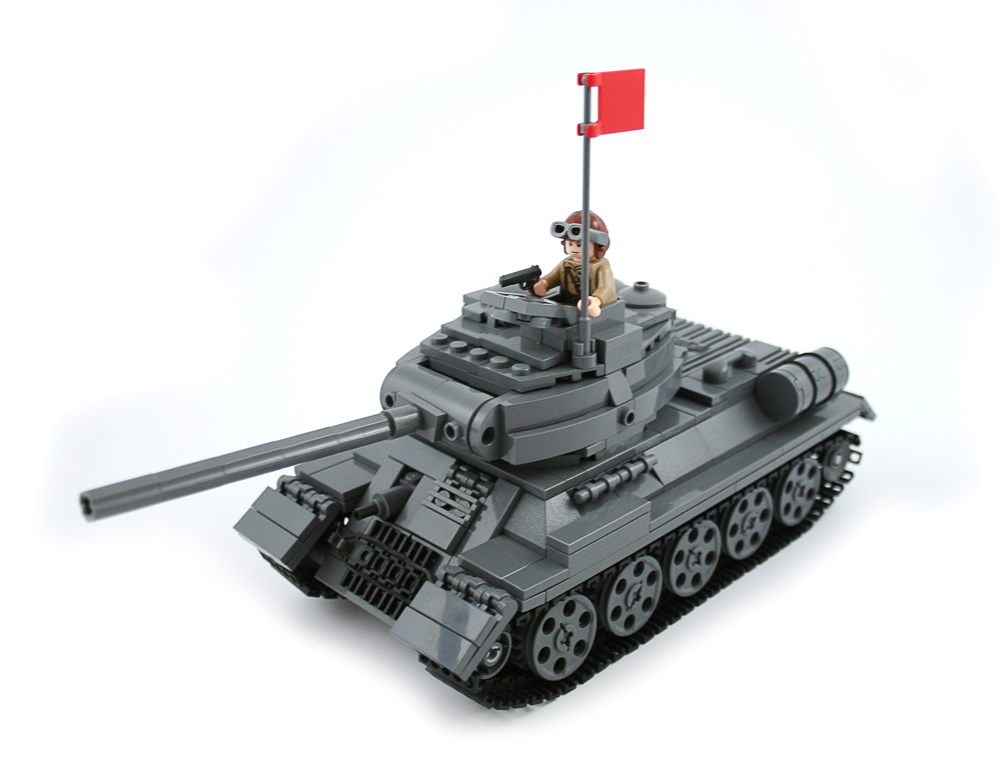 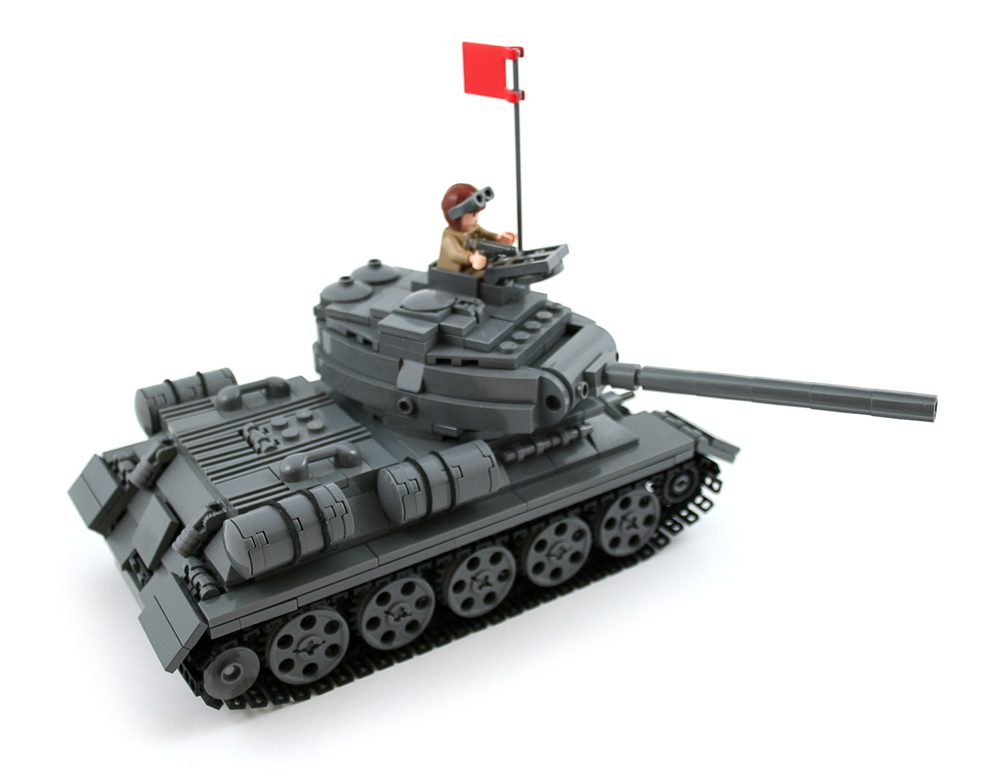 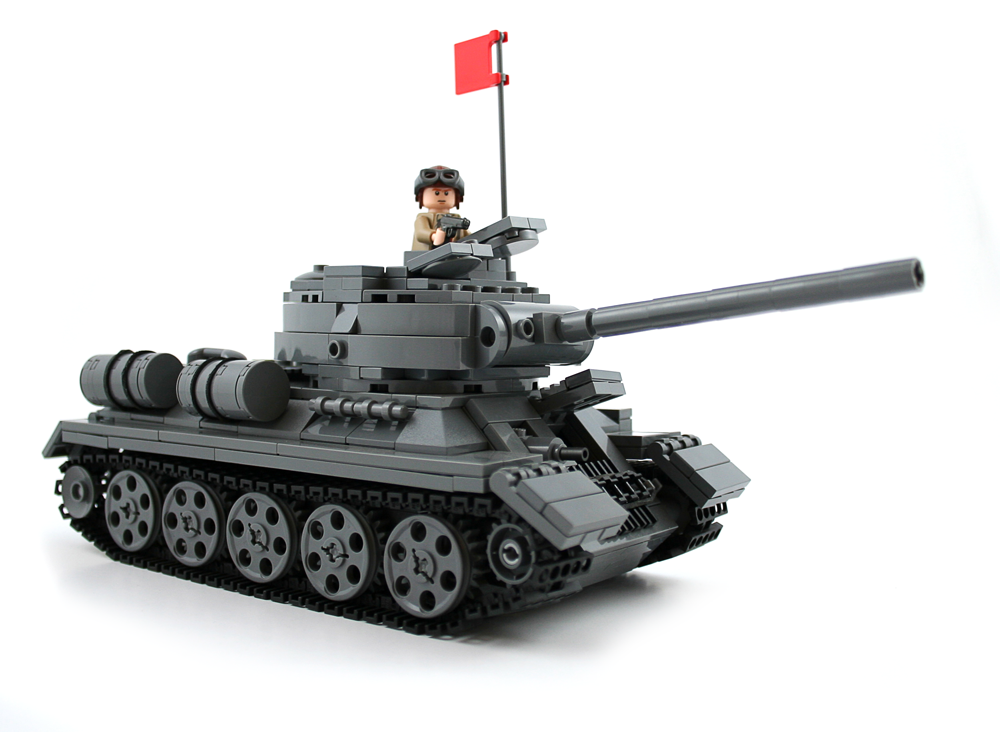 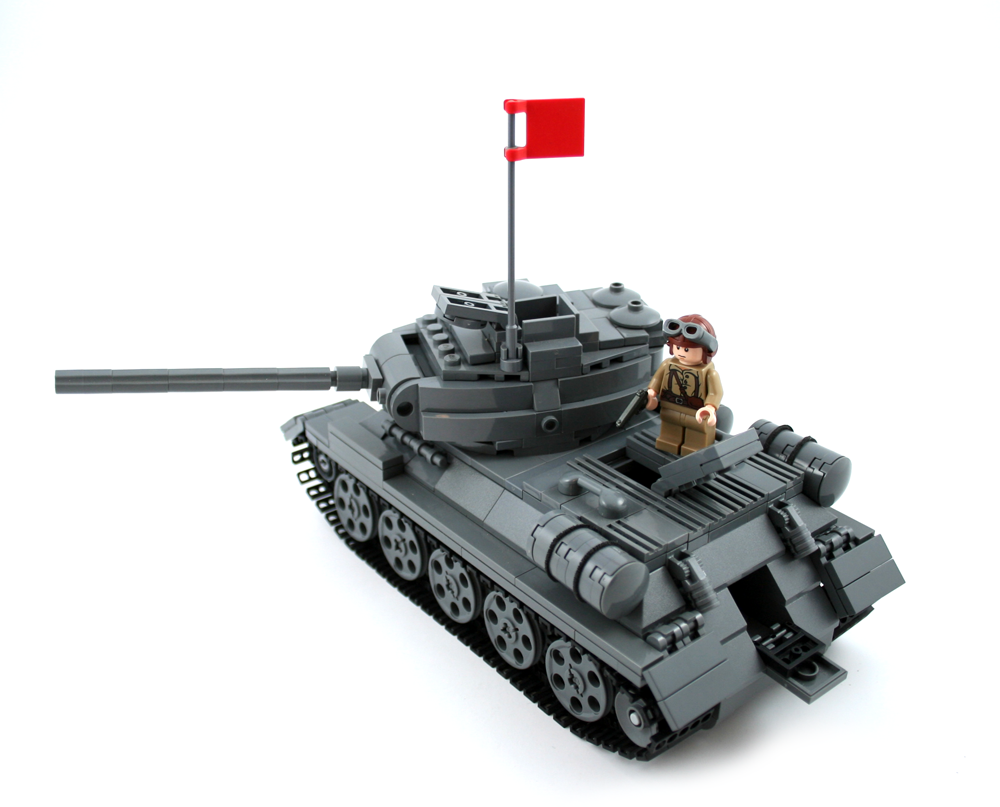 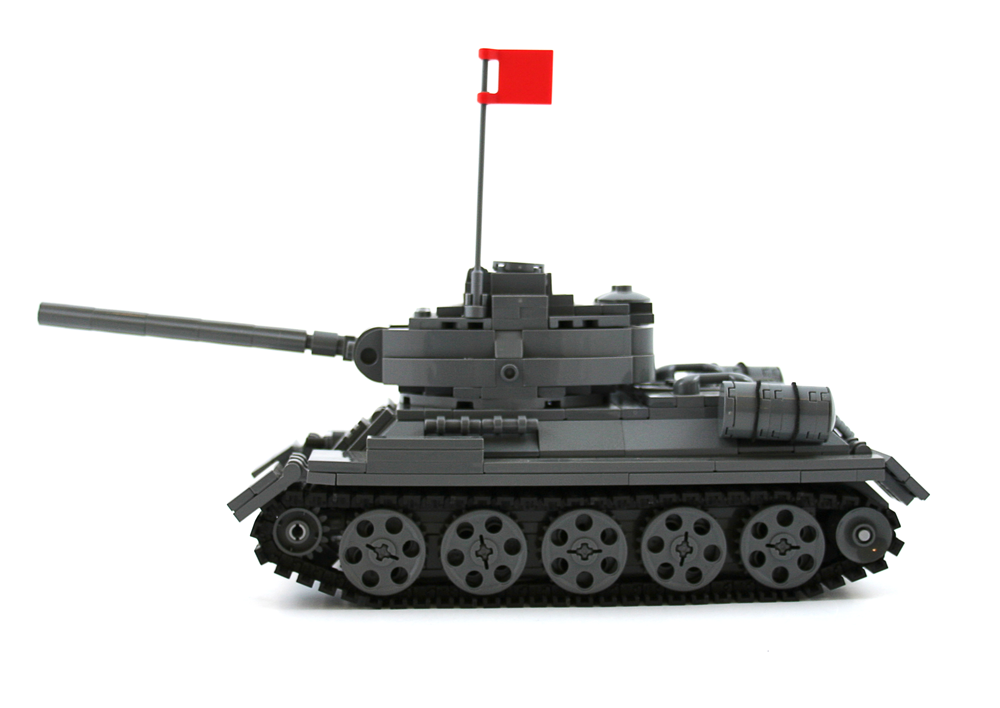 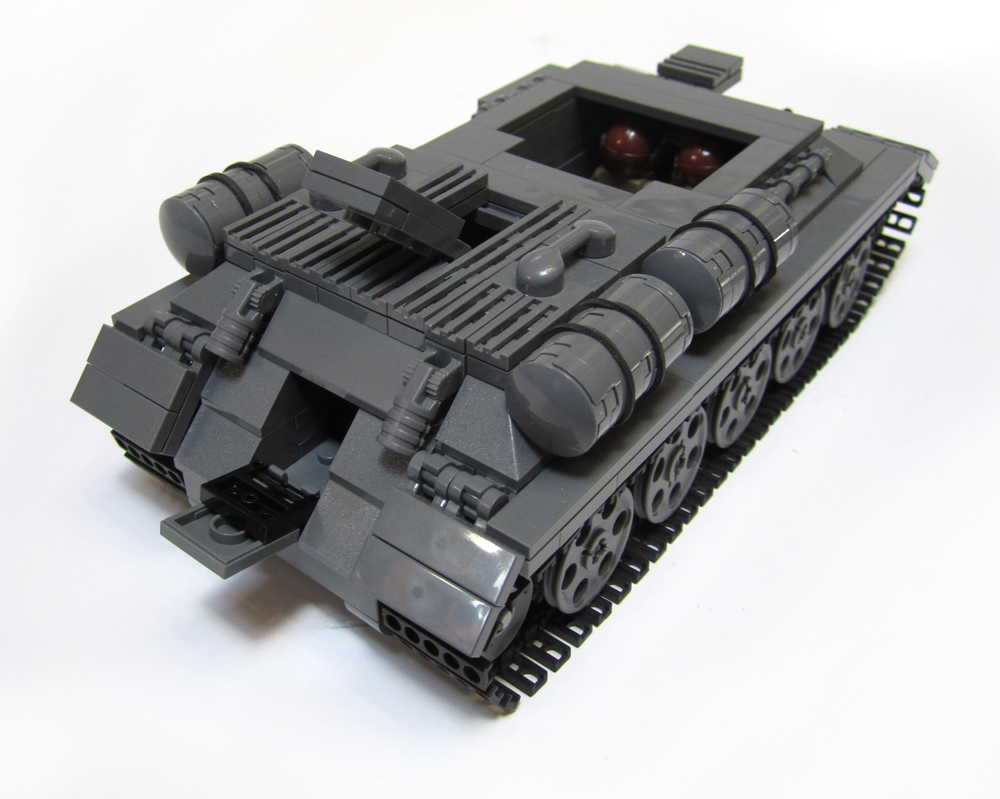 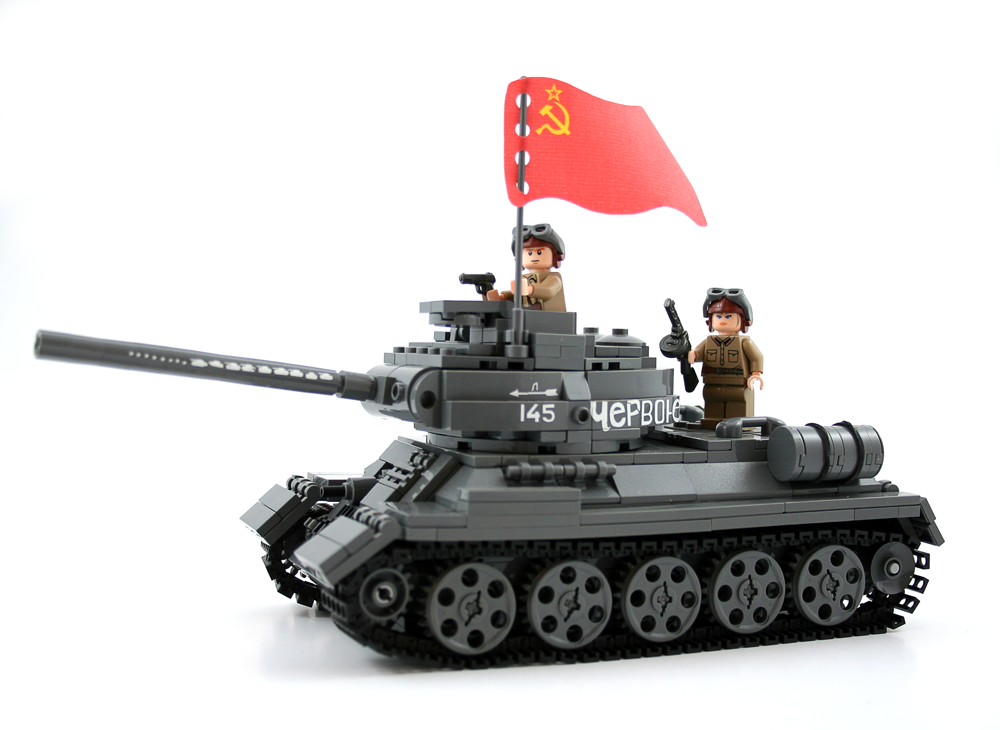 Developed in great secrecy, the T-34 was Russia's answer to growing military threat of pre-World War Two Germany. Incorporating many new and innovative features, such as the Christie suspension system and sloping hull armor, its success was considered a gamble by the Communist Party bosses. While the Soviet Union already had a heavy tank series in production (KV series), the T-34 program was given the go ahead. Stalin's rationale was that the designers could always be executed if the project failed.

While still not in full production when Hitler unleased the Blitzkreig on the Soviet Union, the appearance of the T-34 on the battlefield soon stunned the German High Command. Not only was the T-34 able to withstand almost anything the Germans could throw at it, but it's 76mm gun could easily knock out the Panzer III's and IV's, then the heaviest tanks in the German arsenal. Hitler responded with a crash program of heavy tank production, spawning the legendary Panther and Tiger models, with thicker armor and every larger weapons.

The first of the new German heavy tanks to arrive in Russia was the Tiger I, which was fitted with a redisgned version of the Luftwaffe's 88mm anti-aircraft canon. This proved to be just what the German's needed to stop the new T-34. They now had the firepower and the Tiger's thick armor made them almost immune to the 76mm gun of the T-34. In reponse, the T-34 was fitted with a similarly powerful new 85mm gun and a larger turret, which also allowed the crew to be increased to five.

While the T-34 was never able to fully stand toe against the Panther or Tigers, due to it's comparatively lighter armor, it was able to achieve effectiveness by matching it in firepower. Ultimately, it was the simplicity of the design, which made it more suitable for mass production than it's German equivelents. With over 40,000 T-34's being produced during the war, it was able to defeat the German invasion through firepower, achieved by strength in numbers.

Brickmania previously released the T-34/85 kit as part of the "final" line of premium tank kits in 2003 and has been one of the most requested candidates for re-issue ever since. The recent availability of several new WW2-era Soviet small arms prototypes by BrickArms has prompted a renewed demand for this kit. In response, Brickmania's chief designer has given this classic model a thorough updating to make an excellent model even better.

This Brickmania model kit is made from genuine, unused LEGO bricks and is shipped disassembled. Also included are full-color printed building instructions and is packaged in a sealed box.