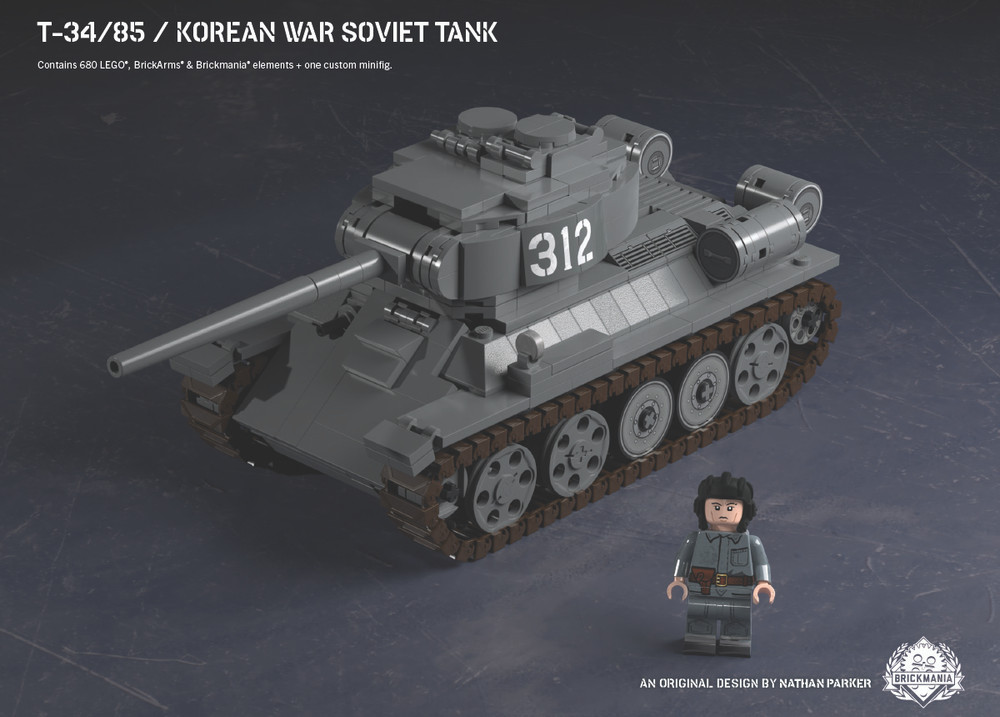 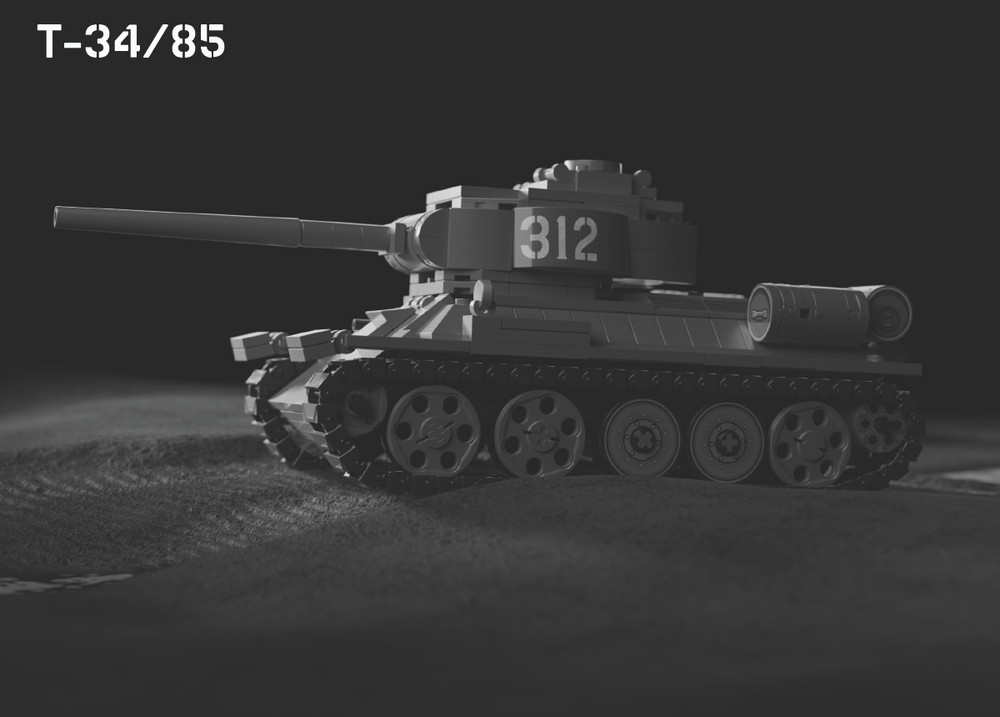 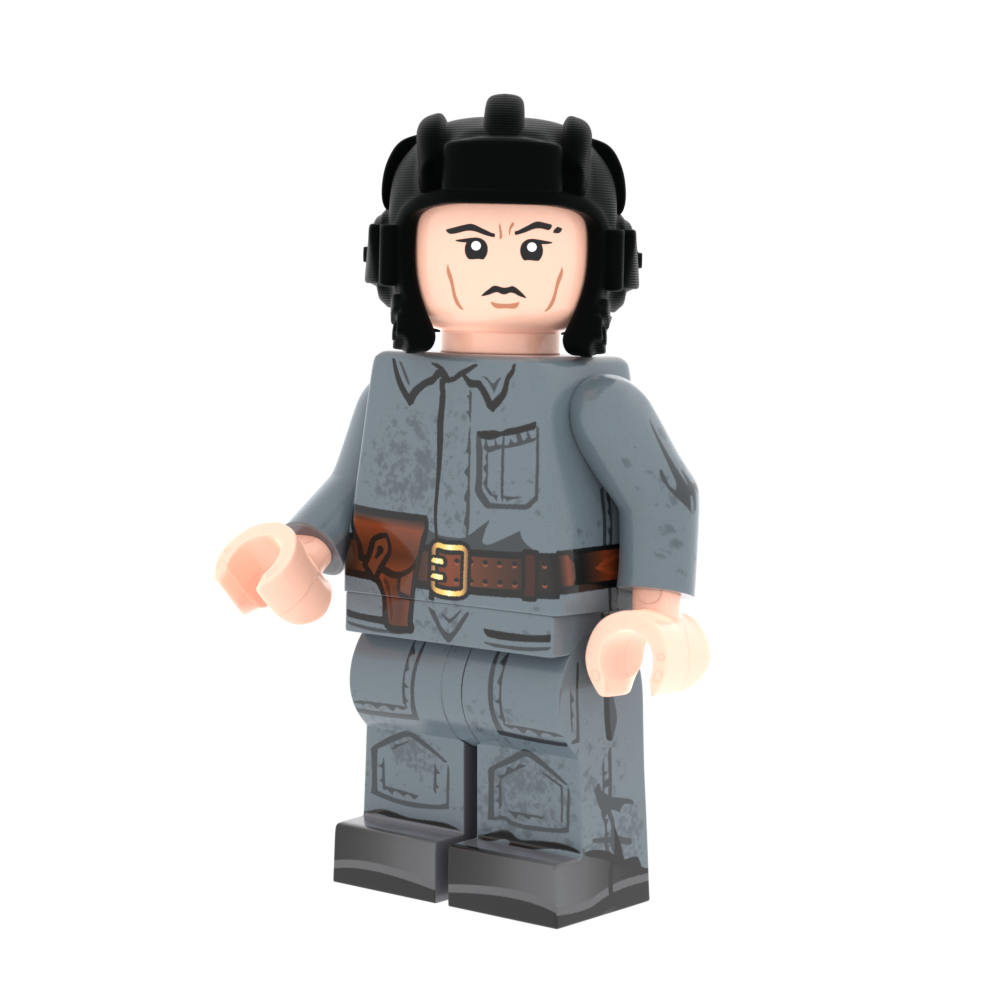 In June of 1950 the North Korean invasion of South Korea was led by a division of over 100 T-34/85s. The T-34/85 was the updated version of the famous Soviet T-34 medium tank, the most common WW2-era design. The new model had a larger turret ring which allowed it to mount a larger and wider turret that housed three crewmen and a new 85 mm cannon which greatly increased the anti-armor characteristics. However, following the introduction of heavier and more capable armor into the US and UN forces, the North Korean Army began to suffer more T-34 tank losses in combat from enemy armor and numerous US/UN airstrikes. Currently several countries still have a few T-34/85’s in active service despite being developed over 80 years previous. A testament to the hard-wearing nature of these prolific tanks.

As robust as the actual machine, this sturdy tank features multiple printed elements including fuel canisters, exhaust vents, and track wheels. It rolls smoothly on Brickmania® Track Links™ and has a rotating and elevating gun turret, as well as an engine and opening engine hatch.