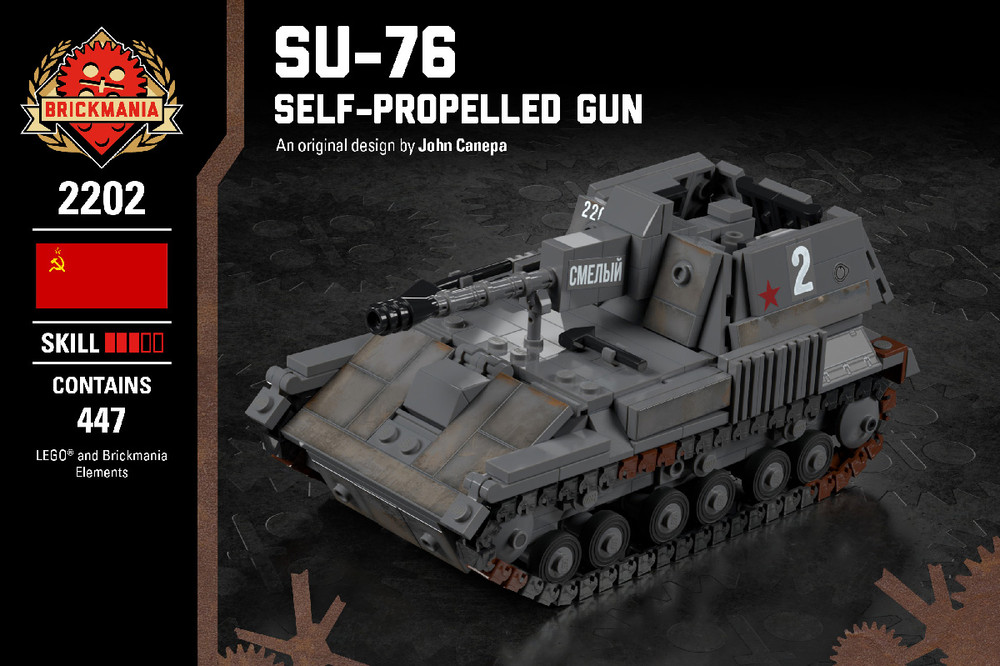 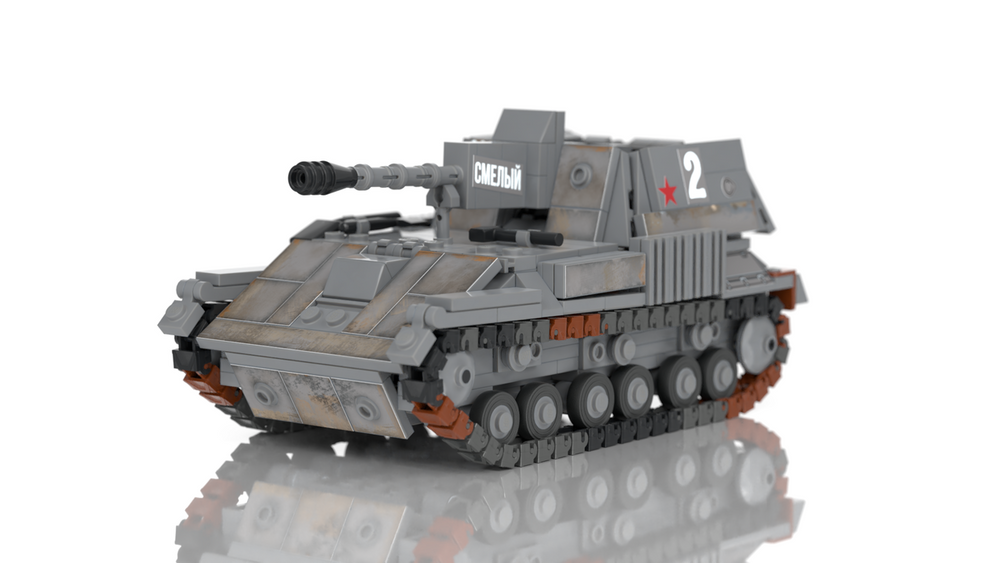 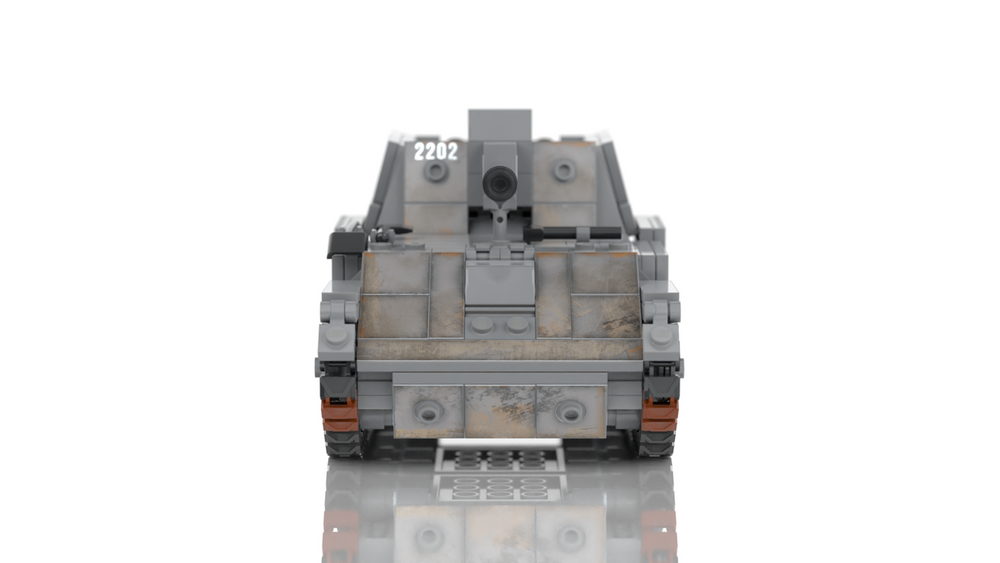 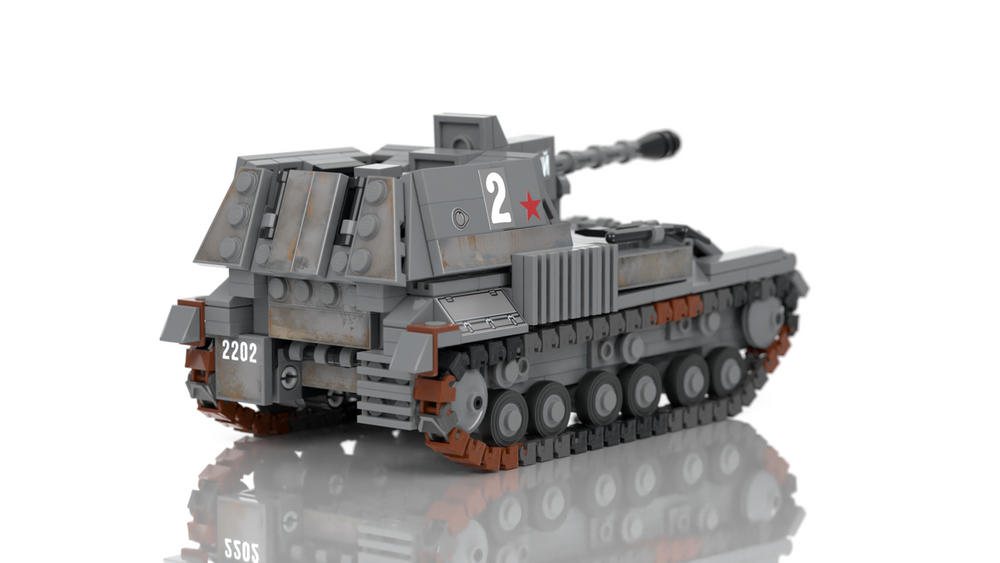 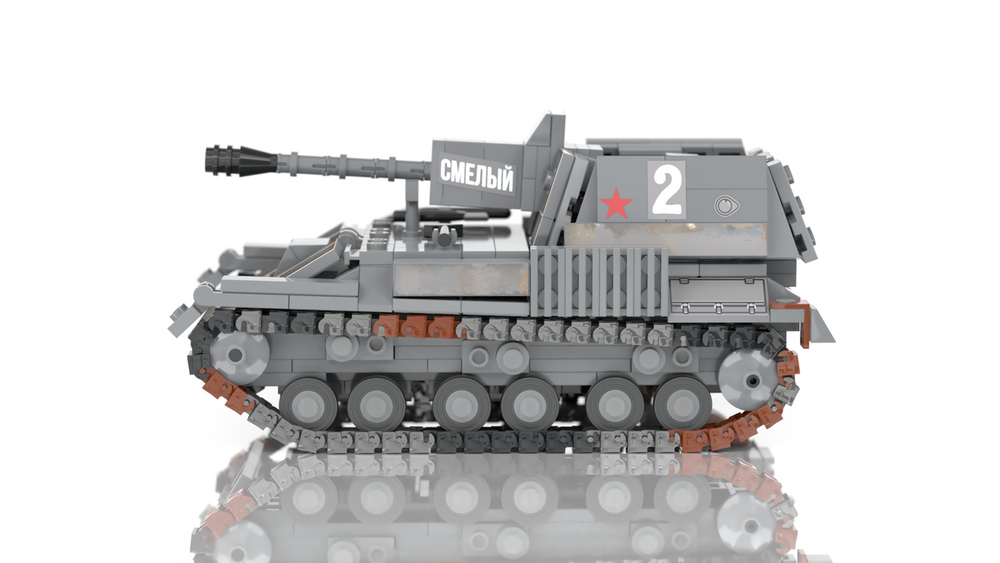 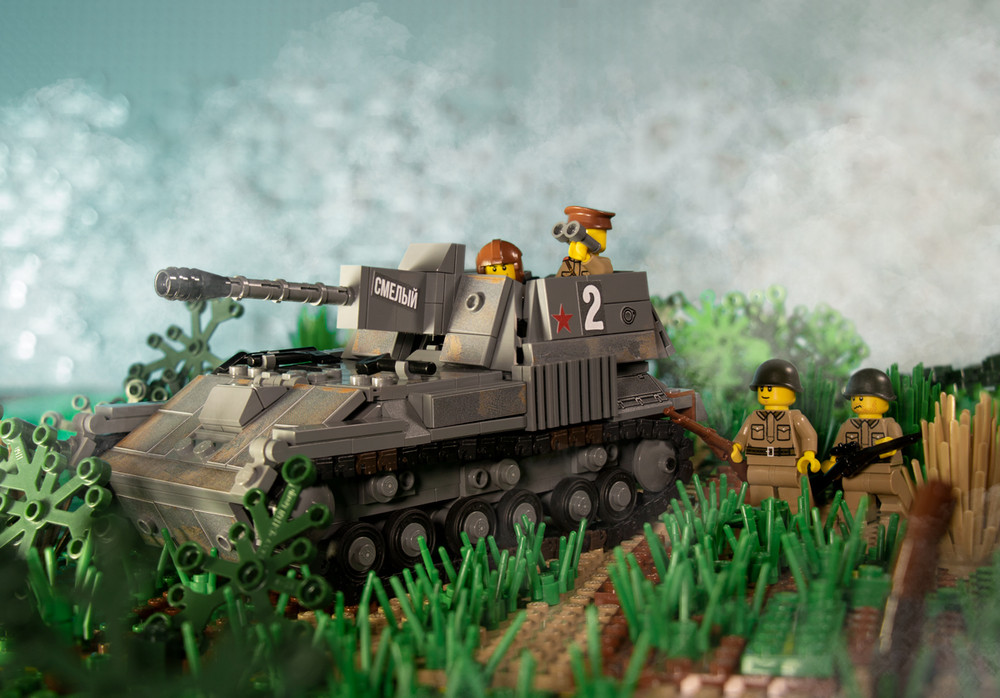 About the SU-76 Self-Propelled Gun:

Another example of Soviet utility, the SU-76M was designed as an inexpensive, multi-purpose weapon. Over 12,000 produced between 1942 and 1945, this self-propelled gun helped the Soviet war effort by providing a weapon that could be deployed as both an anti-tank gun and light artillery piece. It could also be used for indirect fire. Mounted on a modified T-70 chassis, the SU-76M was equipped with a 76mm ZiS-3 gun and two PPSh submachine guns for crew defense.

Much like the T-34/76, the SU-76M saw widespread use on the Eastern Front, some of the first being at Kursk in summer 1943. Its weight (11 metric tons) made the SU-76M ideal for rough terrain and hastily constructed bridges. Despite its vulnerable open-topped design, the SU-76M also performed well in urban combat, providing infantry support and excellent observation capabilities. 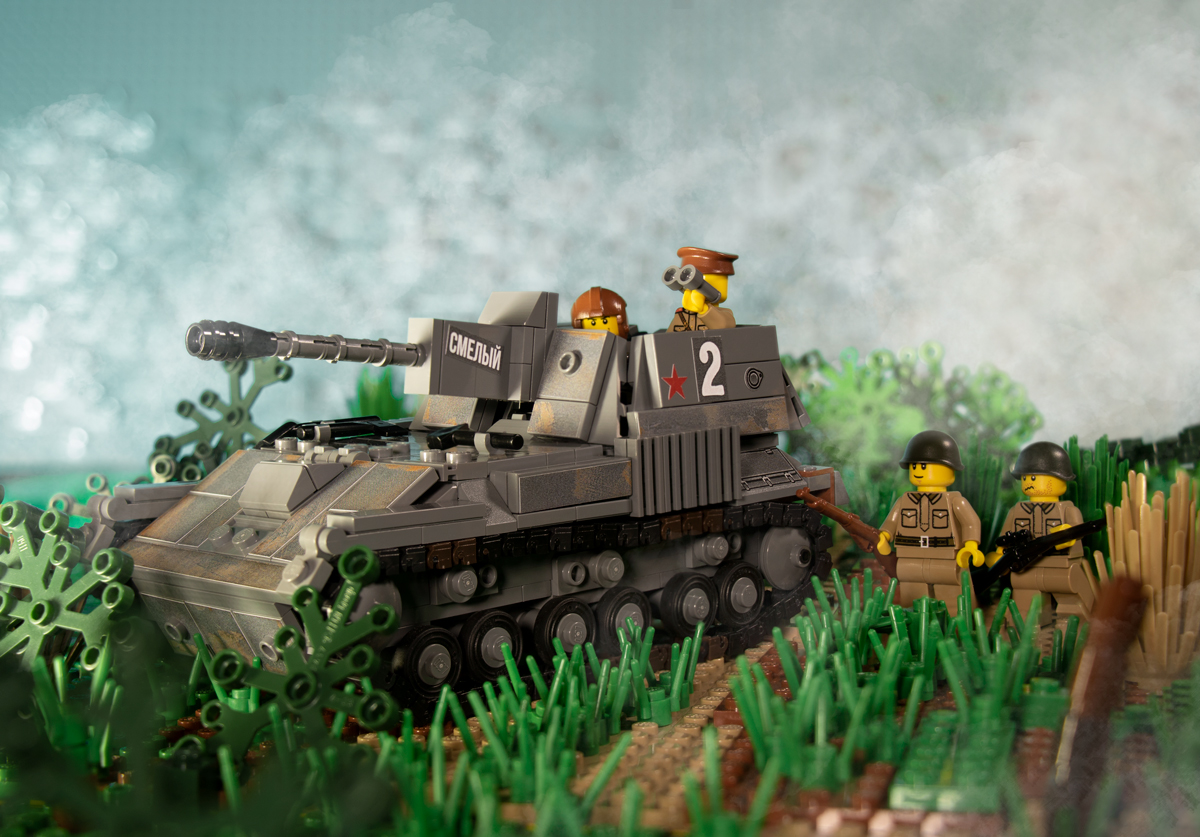