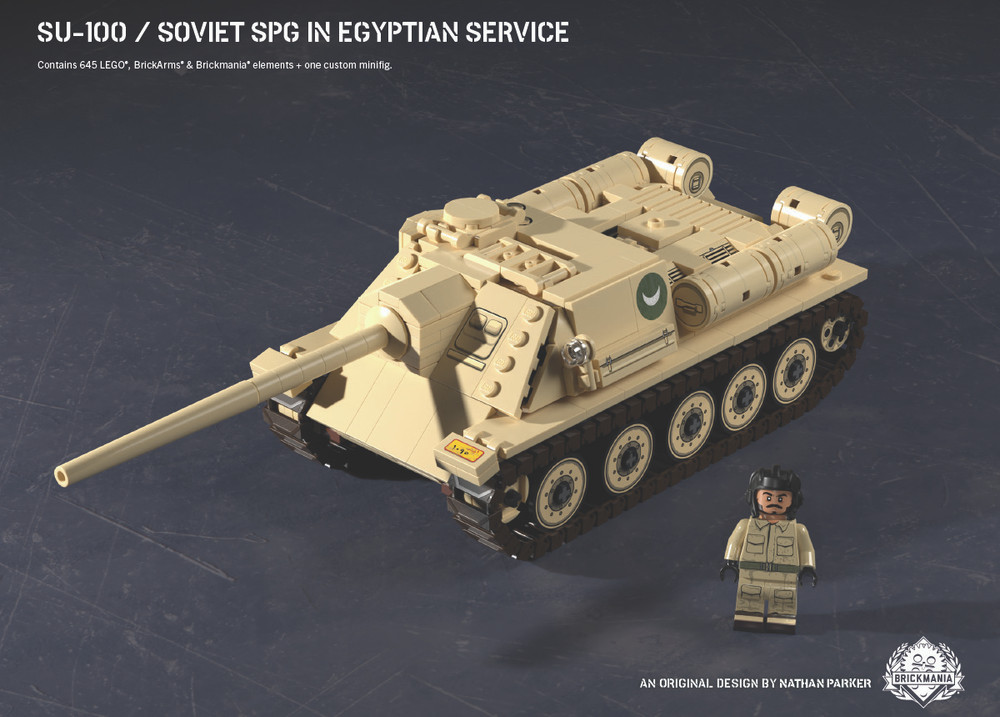 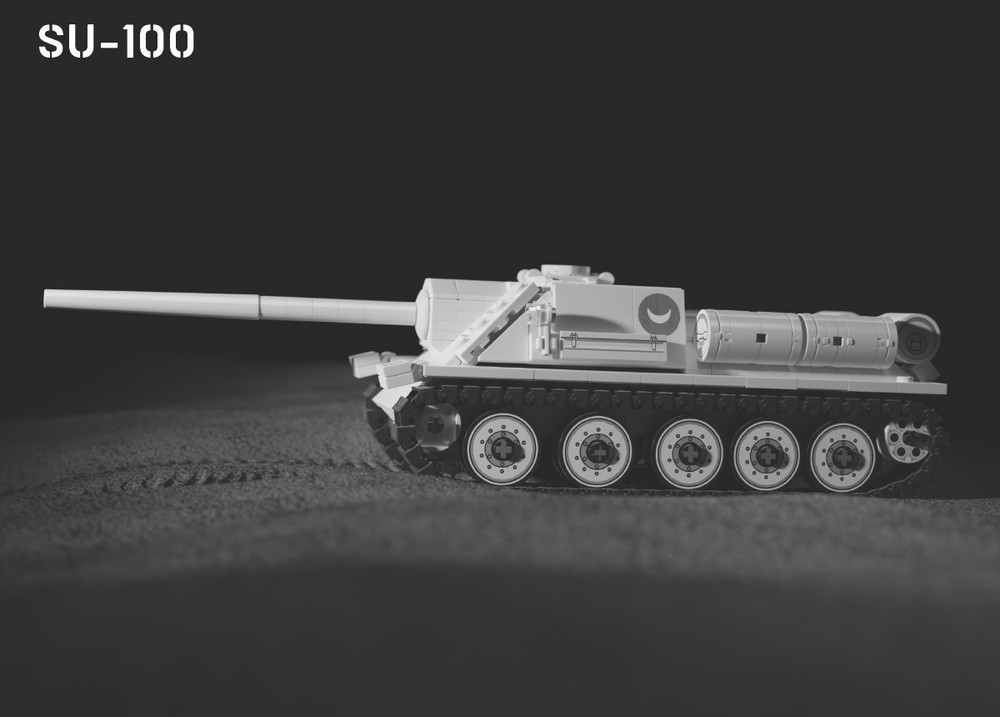 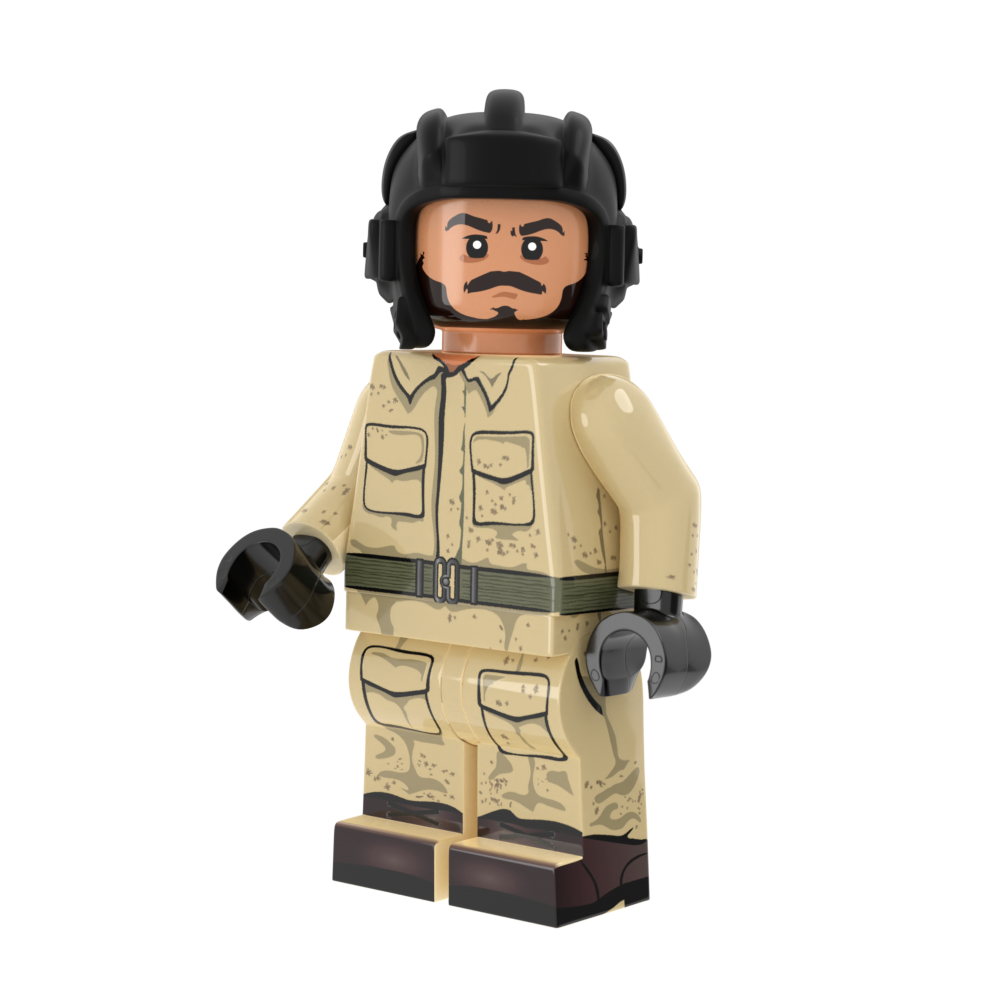 About the SU-100 – Soviet SPG in Egyptian Service:

The SU-100 was a Soviet-built tank destroyer that entered service in 1944. It replaced the older SU-85, which could not penetrate the sloped armor of the more advanced German tanks. The development of the more powerful SU-100 was centered around the 100mm D10 antitank gun. This arm could penetrate up to 120 mm in armor at a distance of 2,000 meters. The Soviets also added a thicker frontal glacis and a redesigned casemate with more aggressive frontal sloping—which hampered crew comfort. Over 2,300 SU-100s were built by the end of World War II.

Like many Soviet war machines, their service did not end when the war ended. Many continued service throughout the Cold War. The Soviet Union equipped Warsaw Pact nations as well as other allies with the older machines. This included Egypt and other Arab armies. The SU-100M was used by the Egyptian army in conflicts such as the 1956 Suez Crisis, 1967 Six Day War, and the 1973 Yom Kippur War. The SU-100 saw action at the battle of Abu-Ageila against the Israeli Defense Forces in 1967. The Egyptian Army—using World War II era Soviet armor—was overwhelmed by the modern tanks of the Israelis. The SU-100 was a dominant force at the end of World War II but was outmatched by the modern tanks of the West.

Smooth rolling Brickmania® Track Links™ and an Egyptian desert color scheme make this tank the centerpiece of your collection. Multiple opening hatches and engine cover, as well as a posable gun and brick built fuel canisters round out this unique tank kit.