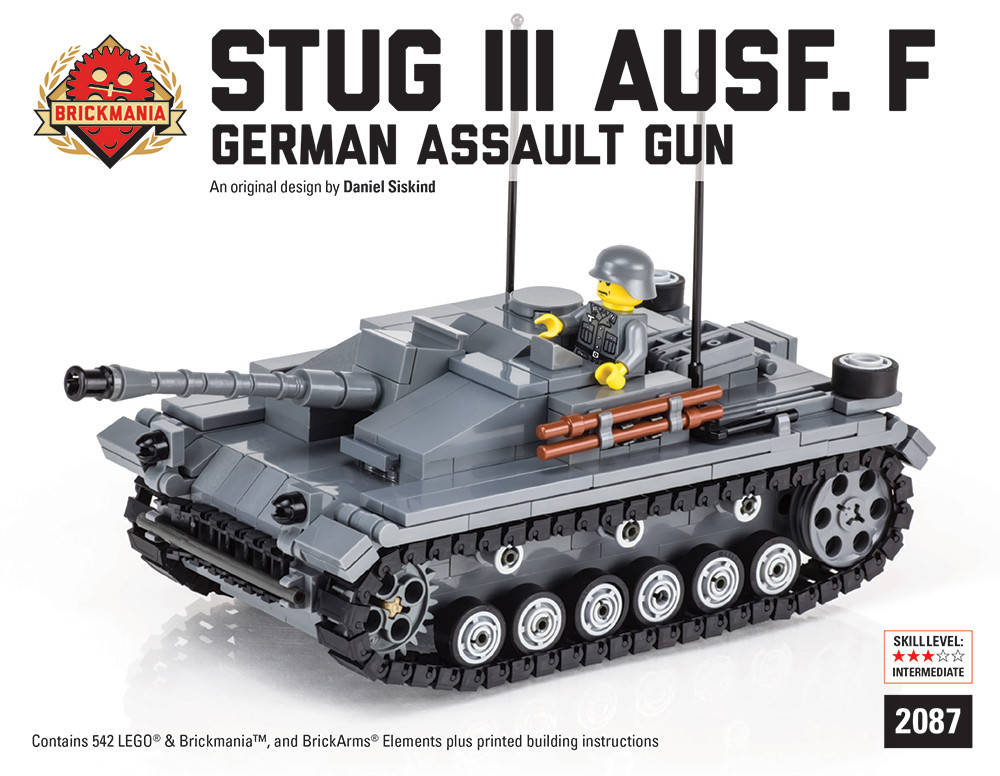 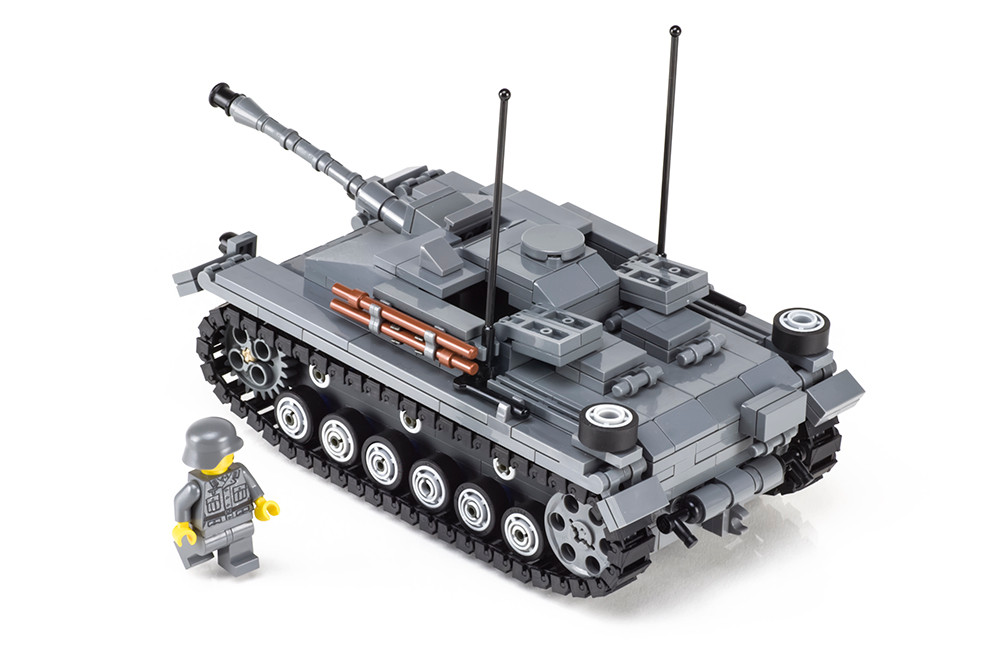 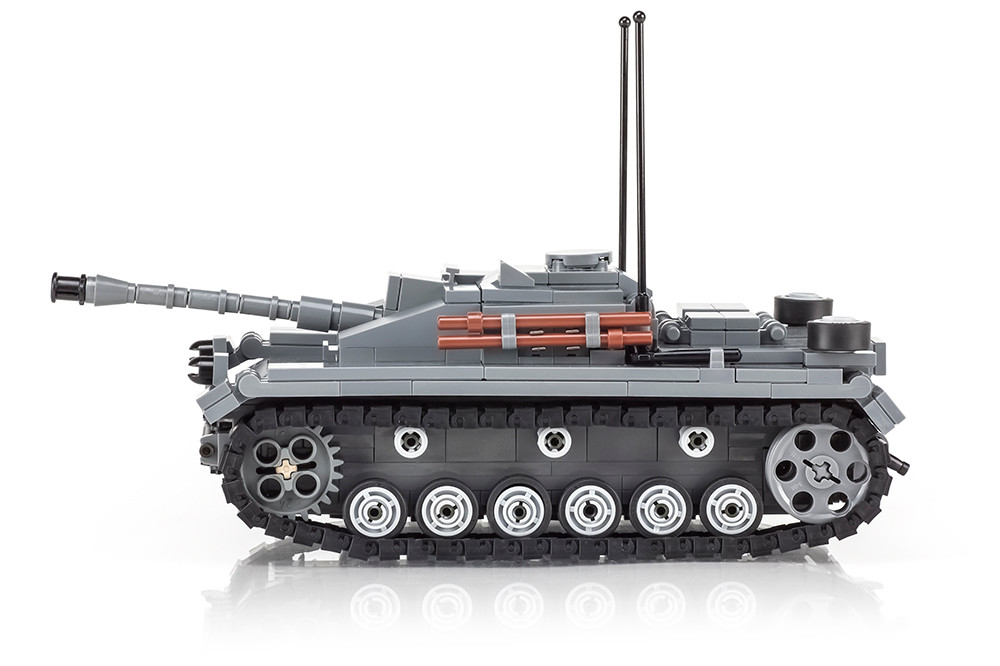 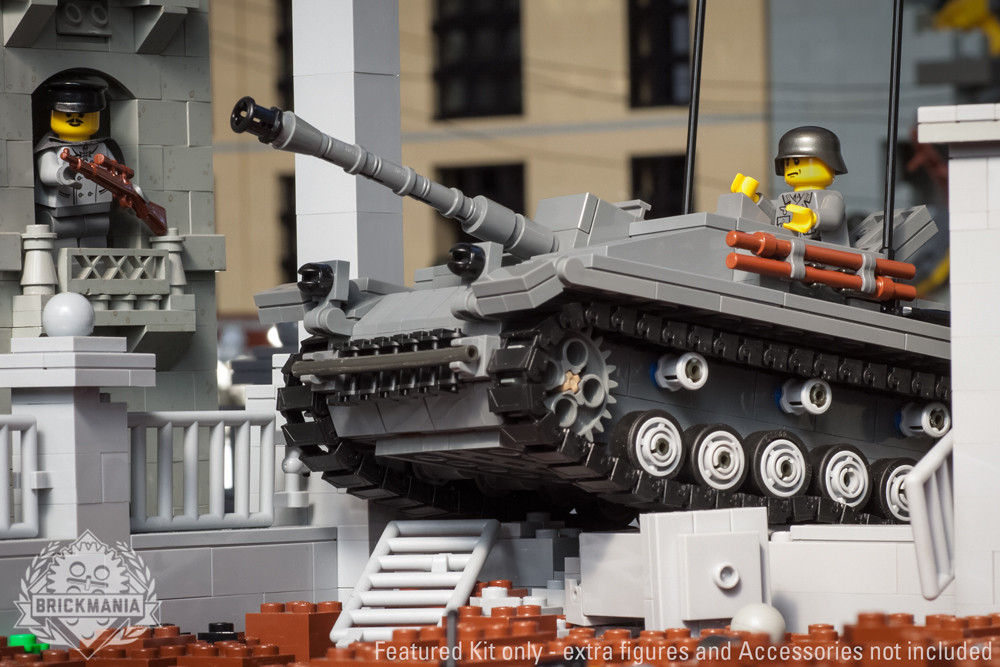 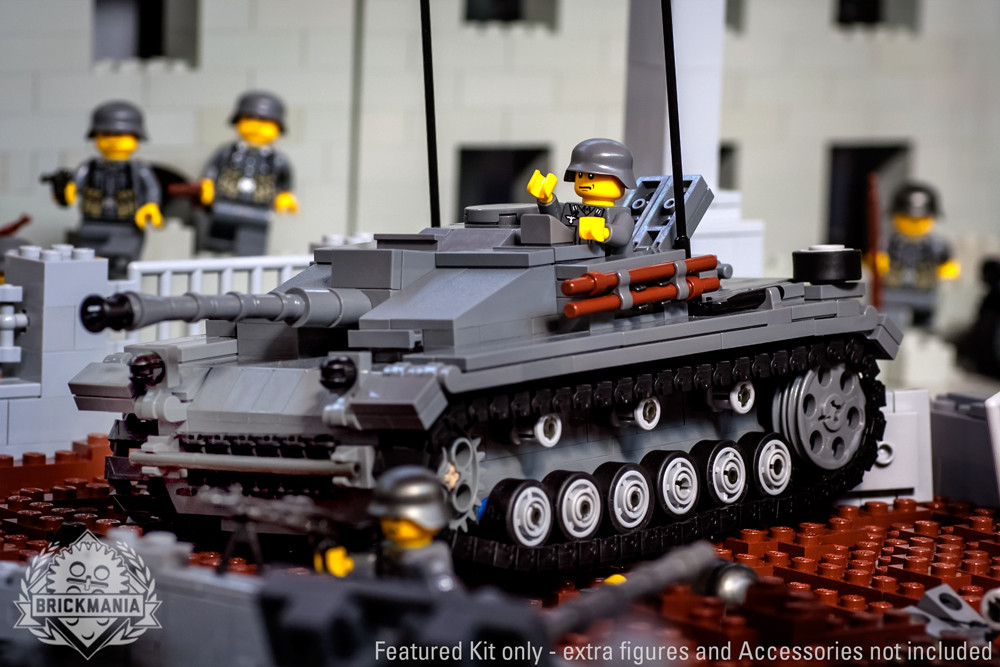 About the StuG III:

The Sturmgeschütz III (StuG III) is a infantry support vehicle produced by Germany in World War II. After lessons learned in the Great War, the Germans developed pinpoint artillery fire to break up enemy strong points such as machine gun nests and fortifications encountered by advancing infantry. The first prototype Stürmgeschutz vehicles were manufactured in 1937 based on the newly-designed Panzer III chassis.  Early variants of the StuG III (Ausf A-D) featured a 7.5cm short-barrel howitzer mounted in a low casement. The first Stürmartillerie battalions were formed from troops taken from Army artillery units.

The StuG III first saw action during the invasion of Poland in 1939. It became the most widely produced armored vehicle used by the Wehrmacht and saw several upgrades and improvements throughout the war.

When faced with more heavily armored Russian tanks such as the T-34 and KV-1, a long barrel high velocity gun was fitted, beginning with the Ausf F series in 1942. During the invasion of Russia, the StuG III’s role increasingly shifted from assault artillery to tank destroyer. 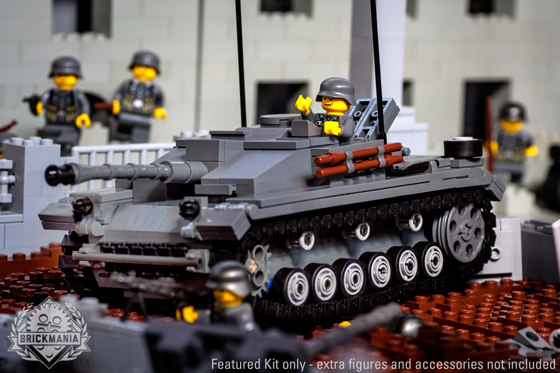 The StuG III is one of the most popular Brickmania models, but this is the very first time we have offered Ausf F variant as part of our Stalingrad series of kits. This variant of the StuG III also appeared in North Africa, Italian campaigns, and the Western Front.  This Brickmania model kit is made from genuine unused LEGO bricks, articulated Brickmania Track Links™, a custom pad-printed Wehrmacht minifig with BrickArms helmet, and full-color, professionally printed building instructions.

The StuG III Kit has the following features:

All Brickmania model kits are made of new-condition LEGO bricks and this one includes compatible accessories by BrickArms. This model comes disassembled,includes complete full color printed building instructions and comes packaged in a sealed box.