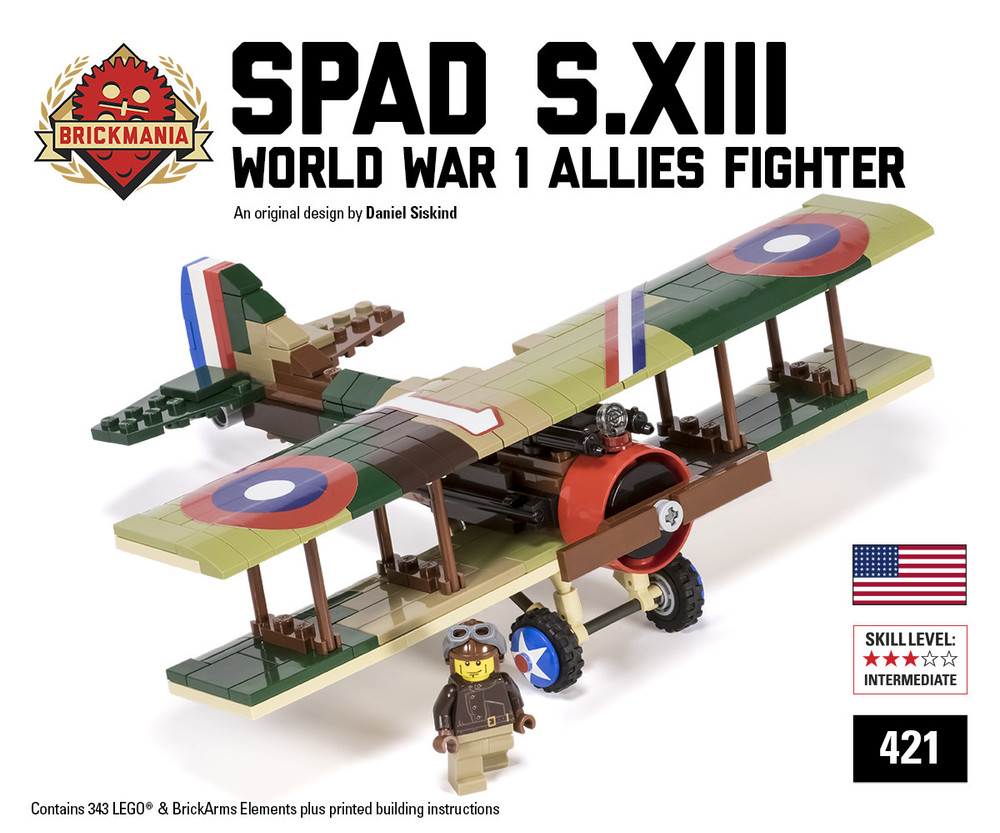 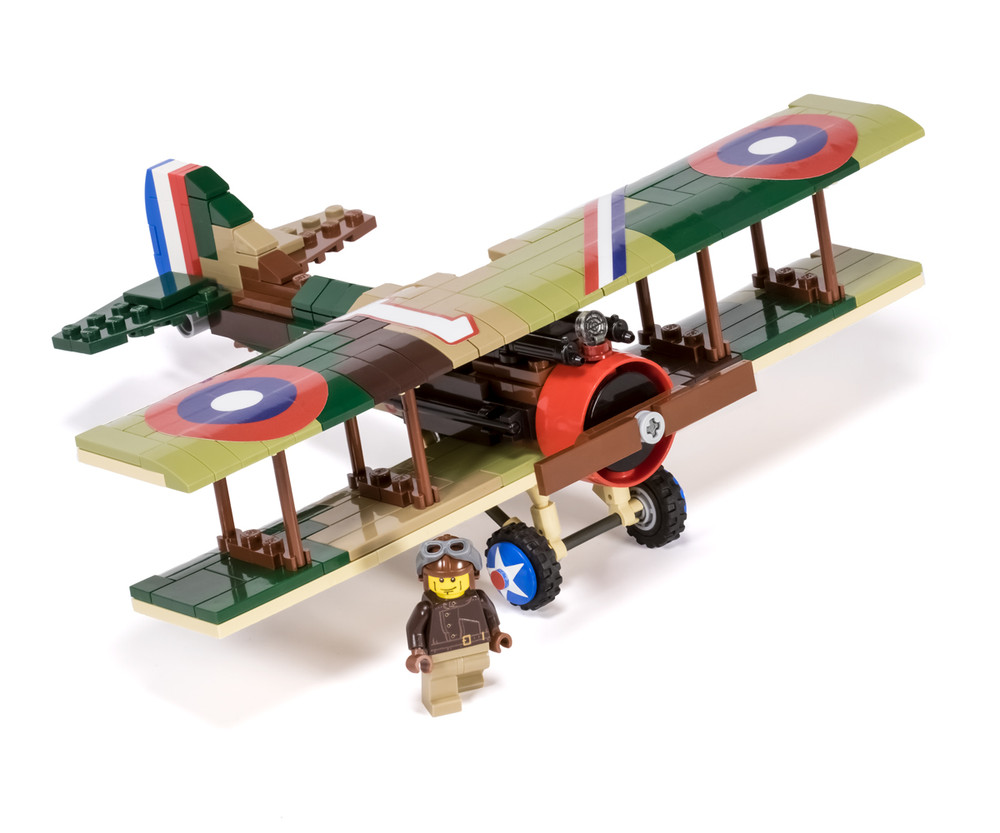 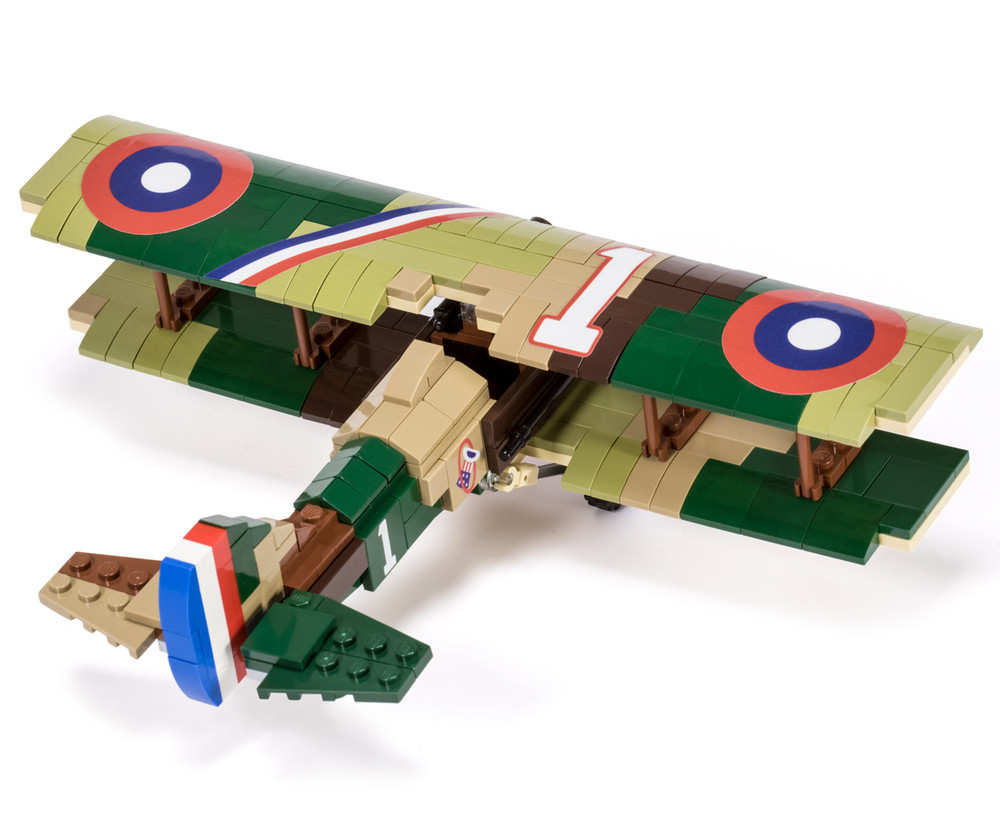 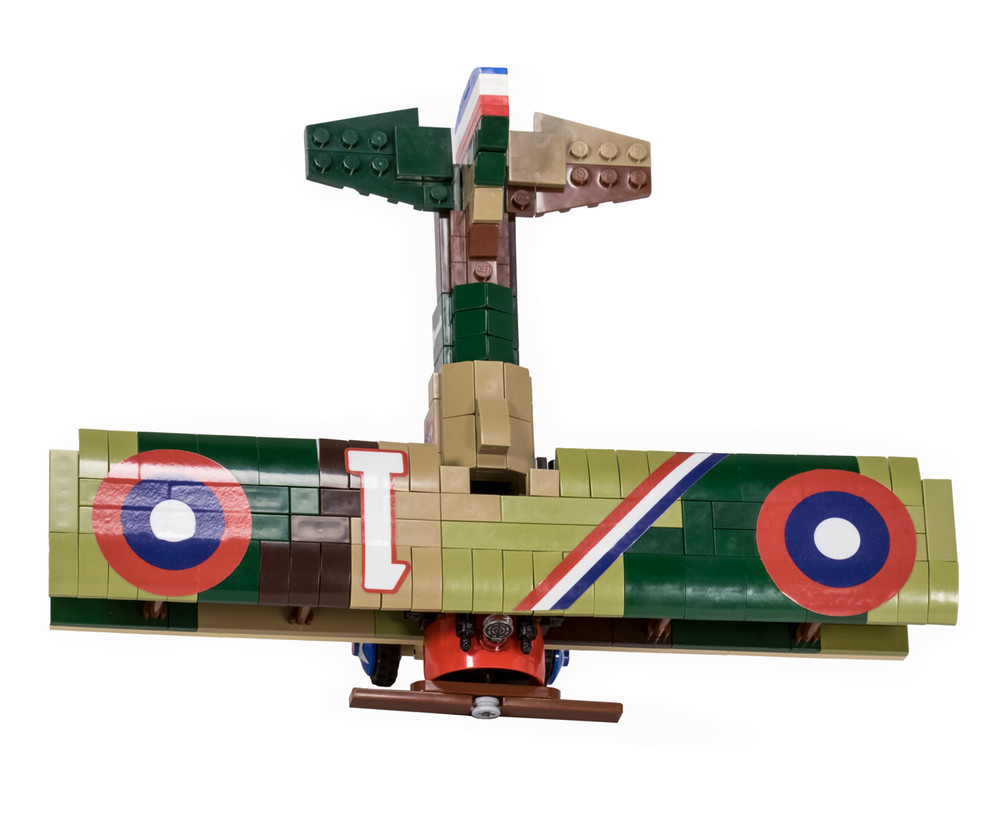 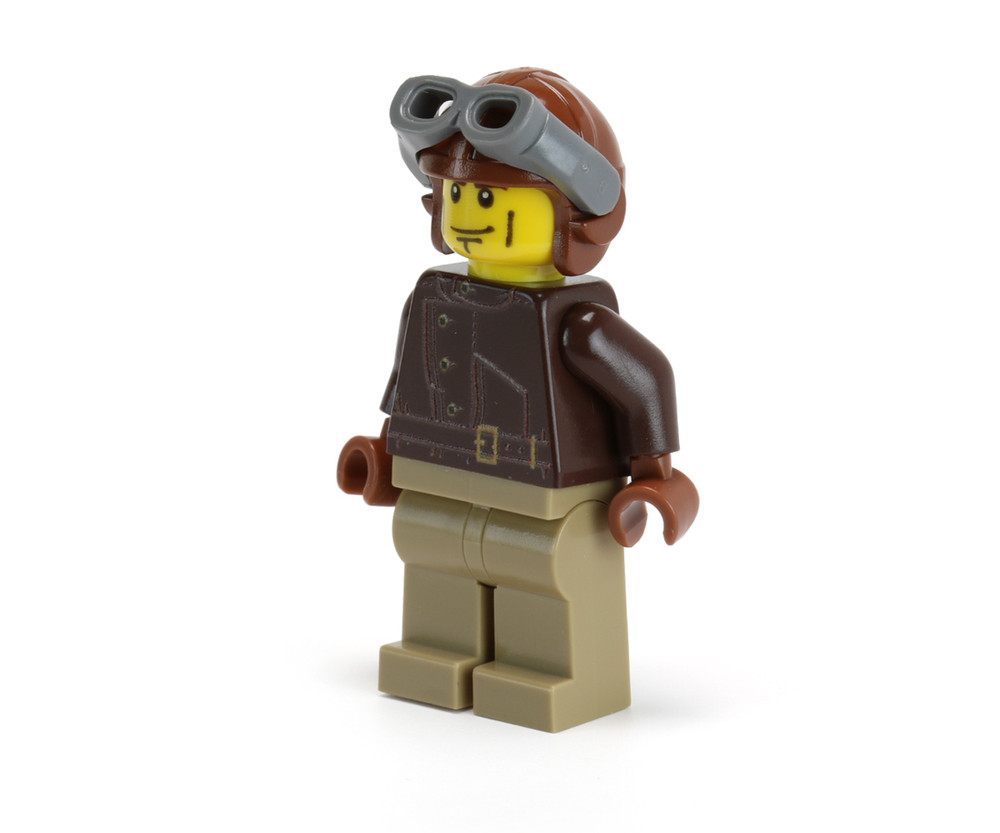 The SPAD S.XIII was a French biplane fighter aircraft of WWI, developed by Société Pour L'Aviation et ses Dérivés (SPAD) from the earlier highly successful SPAD S.VII. It was one of the most capable fighters of the war, and one of the most produced, with 8,472 built and orders for around 10,000 cancelled at the armistice.

The SPAD S.XIII first flew on April 4, 1917 with deliveries to the French Air Service starting in the next month. The new fighter played an important part in the French plans for its fighter force, being expected to replace the SPAD S.VII, as well as the few remaining Nieuport fighters in front line service. The S.XIII eventually equipped virtually every French fighter squadron. The S.XIII was of similar layout to the S.VII, and came with a single engine and was mainly of wooden construction with fabric covering. Armament was two Vickers machine guns with 400 rounds per gun, replacing the single gun of the earlier aircraft. It was faster than its main contemporaries – the British Sopwith Camel and the German Fokker D.VII. Its relatively higher power-to-weight ratio gave it a good rate of climb. 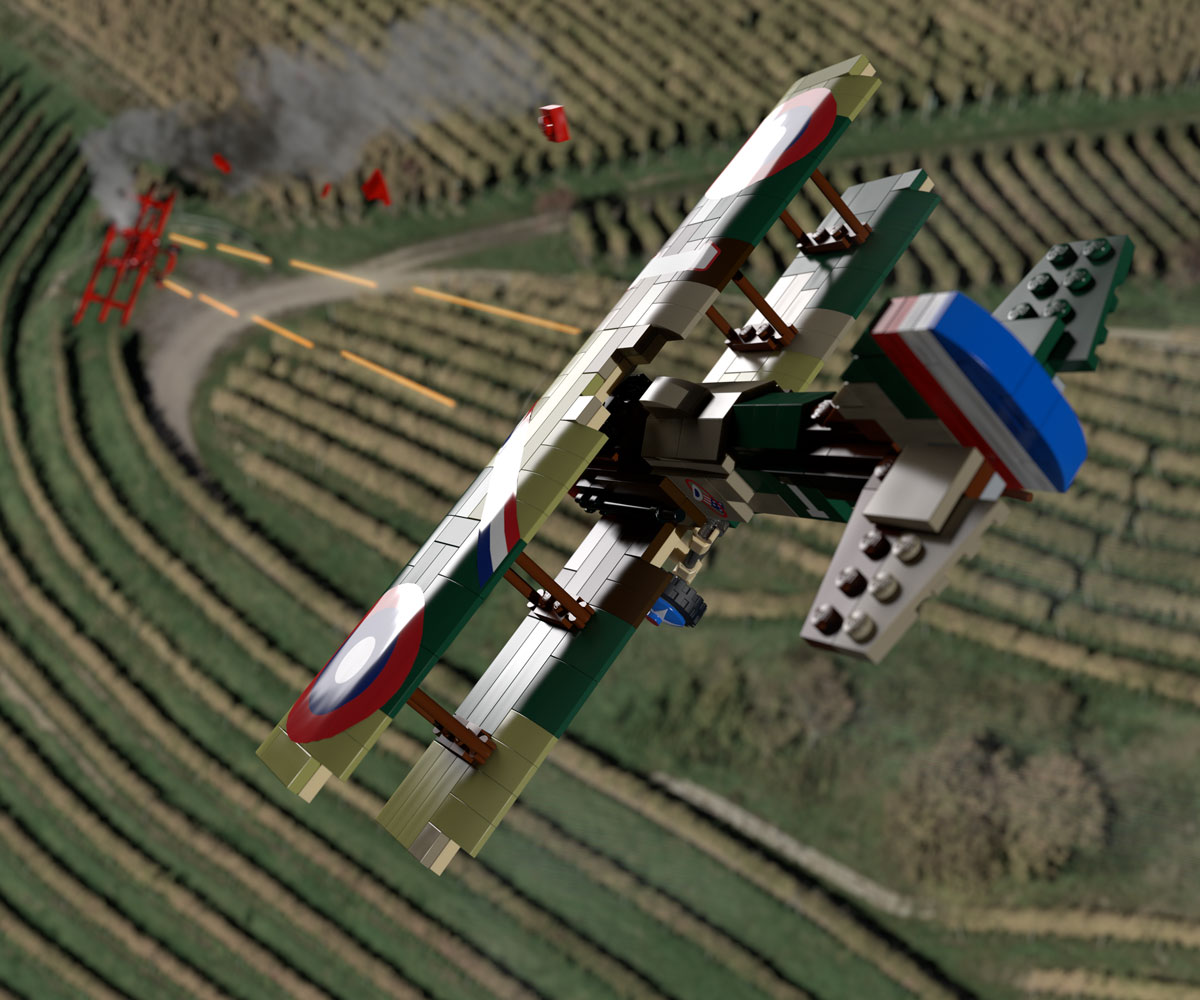 The SPAD S.XIII comes with the following features: