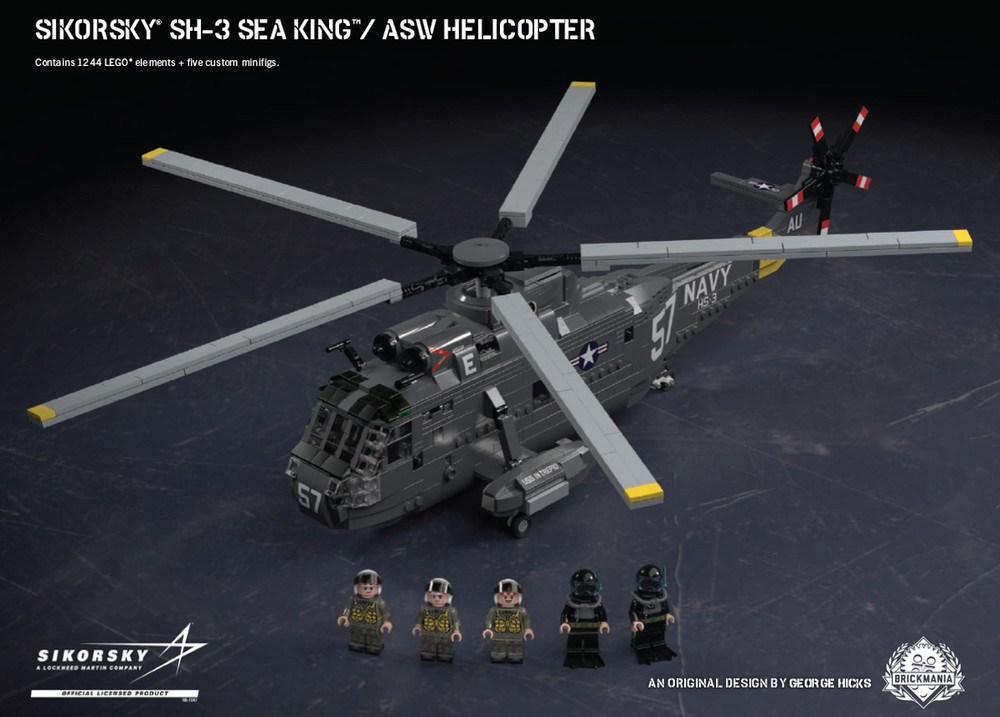 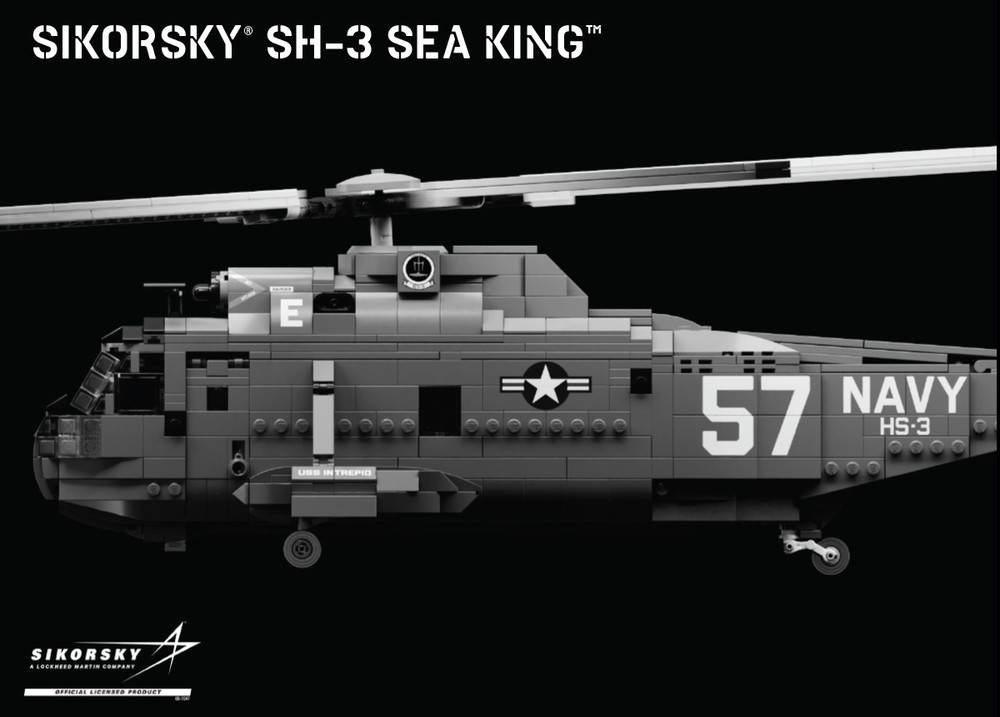 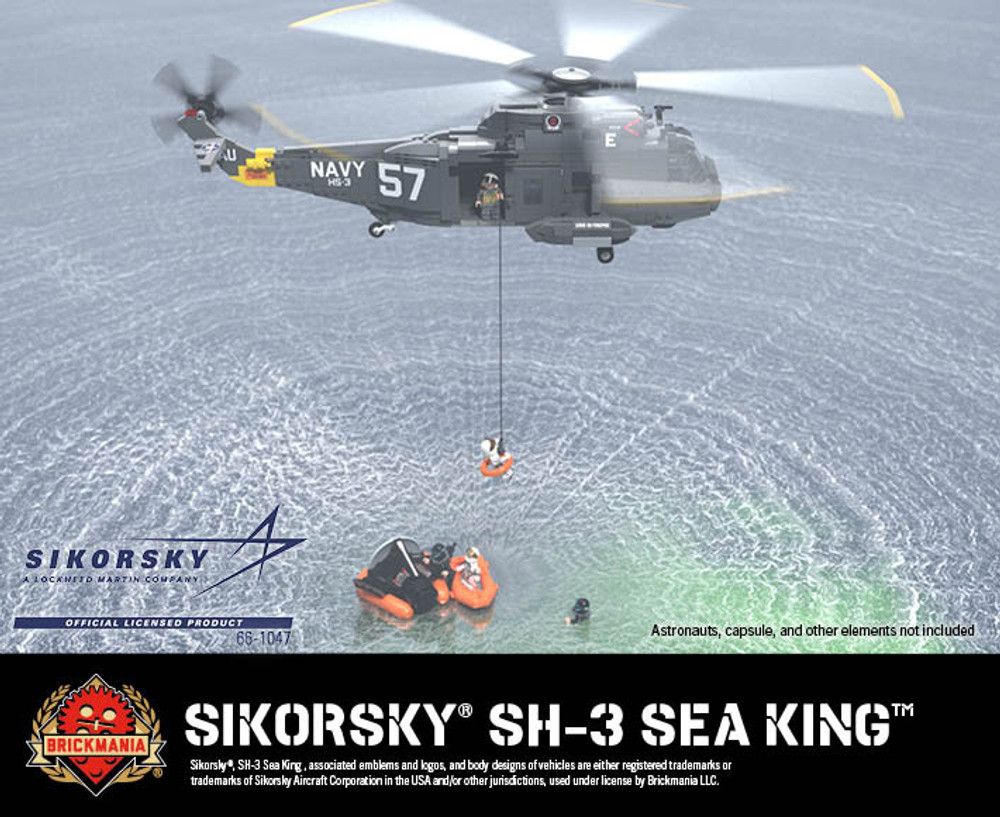 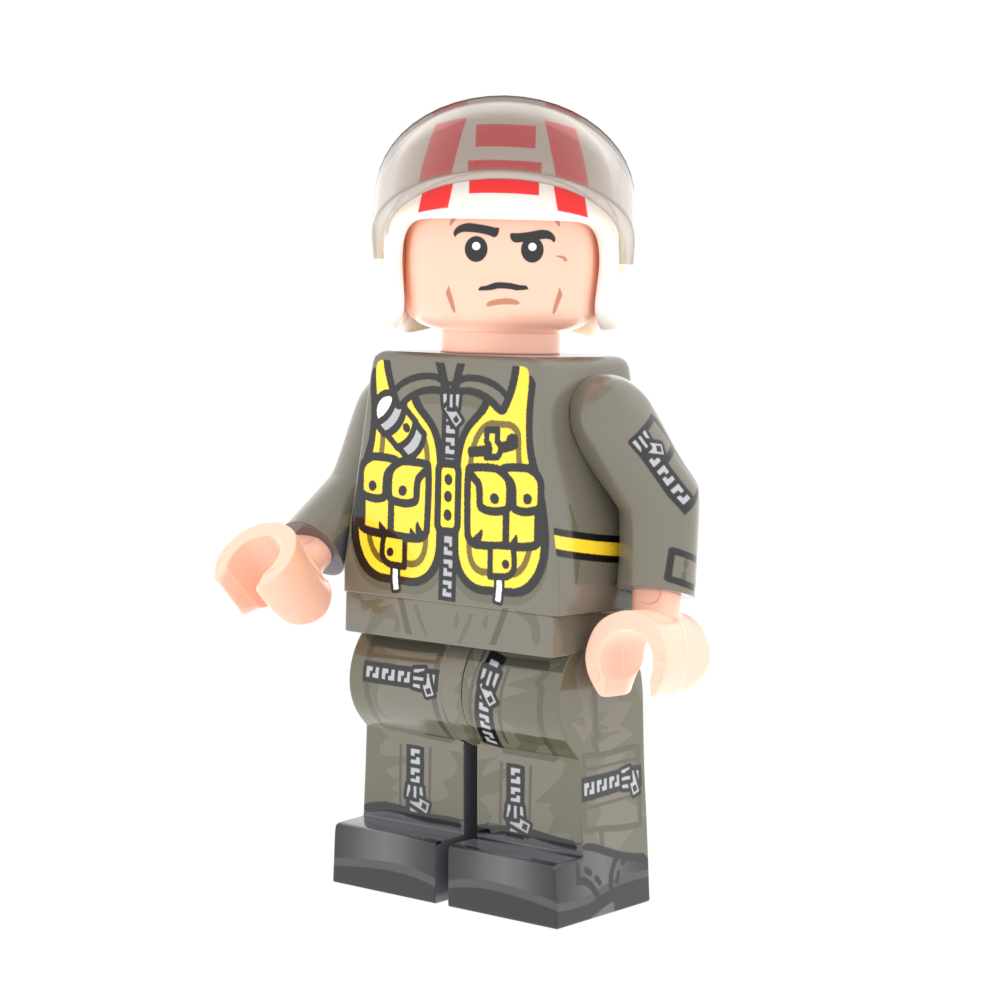 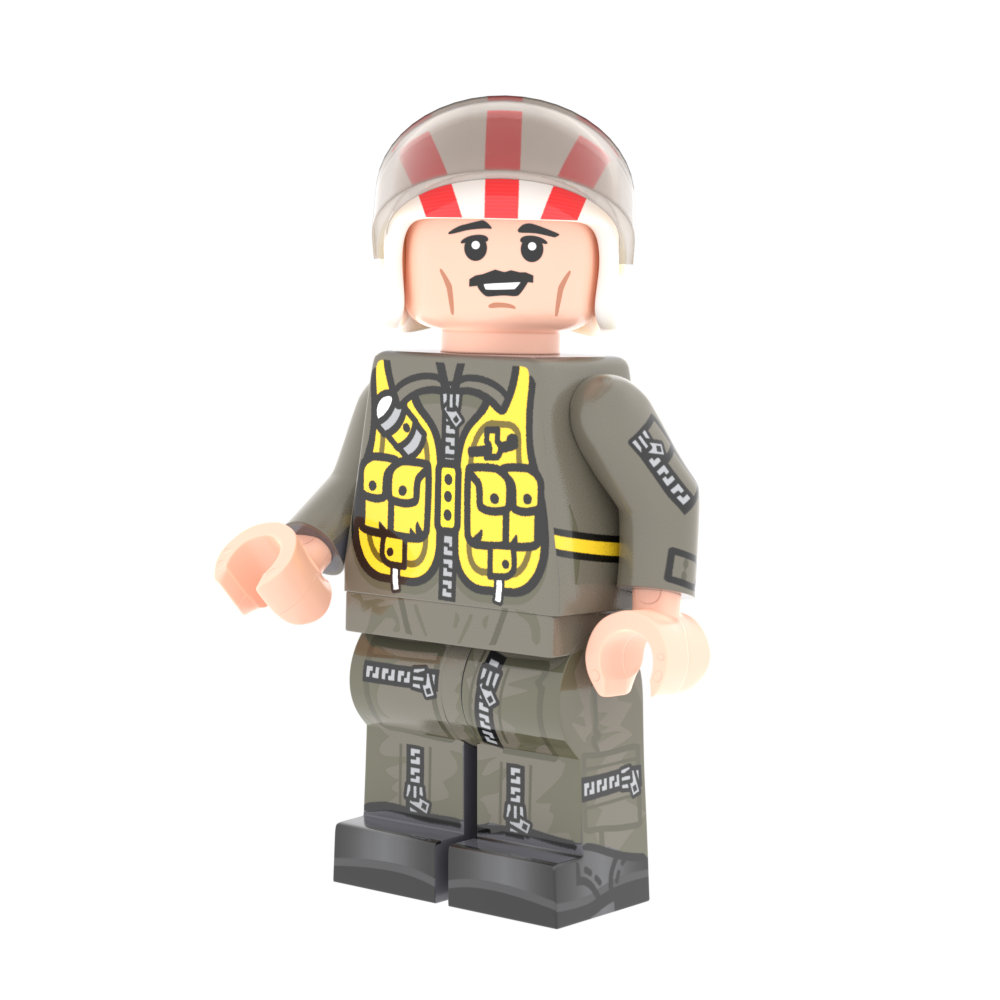 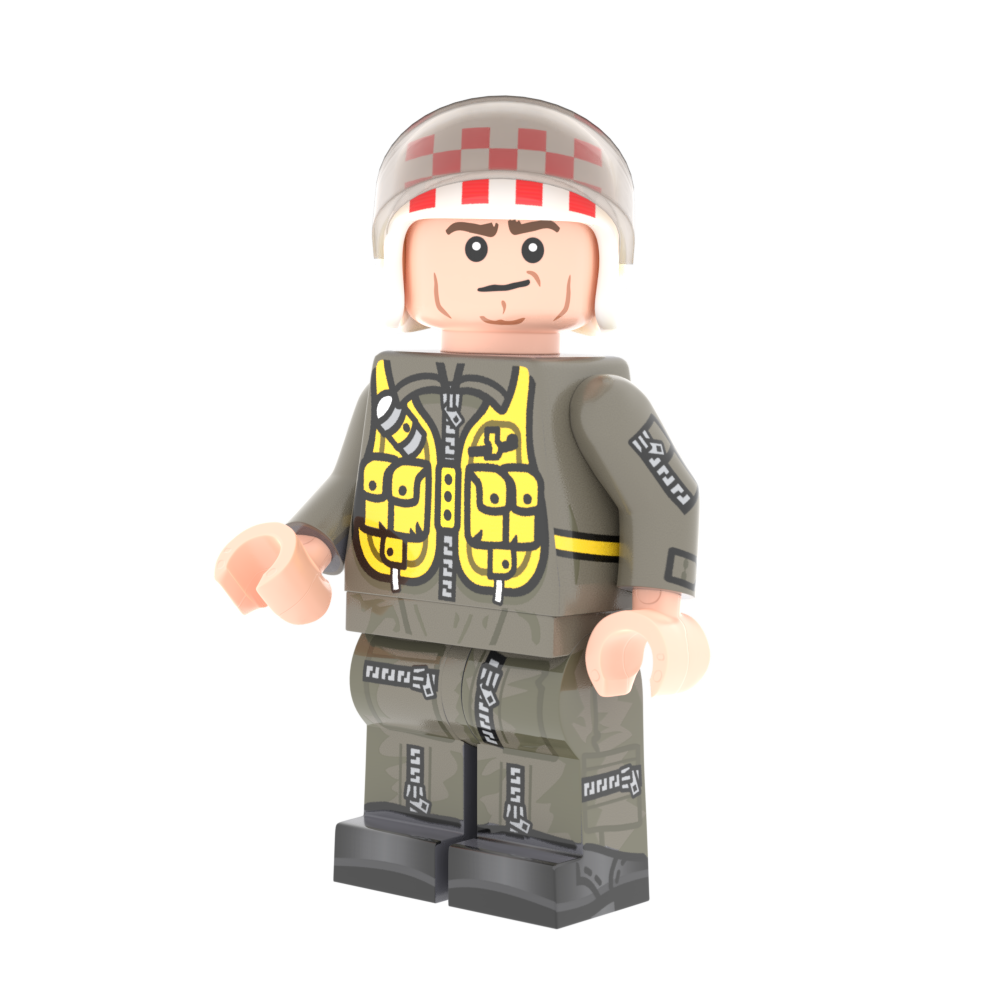 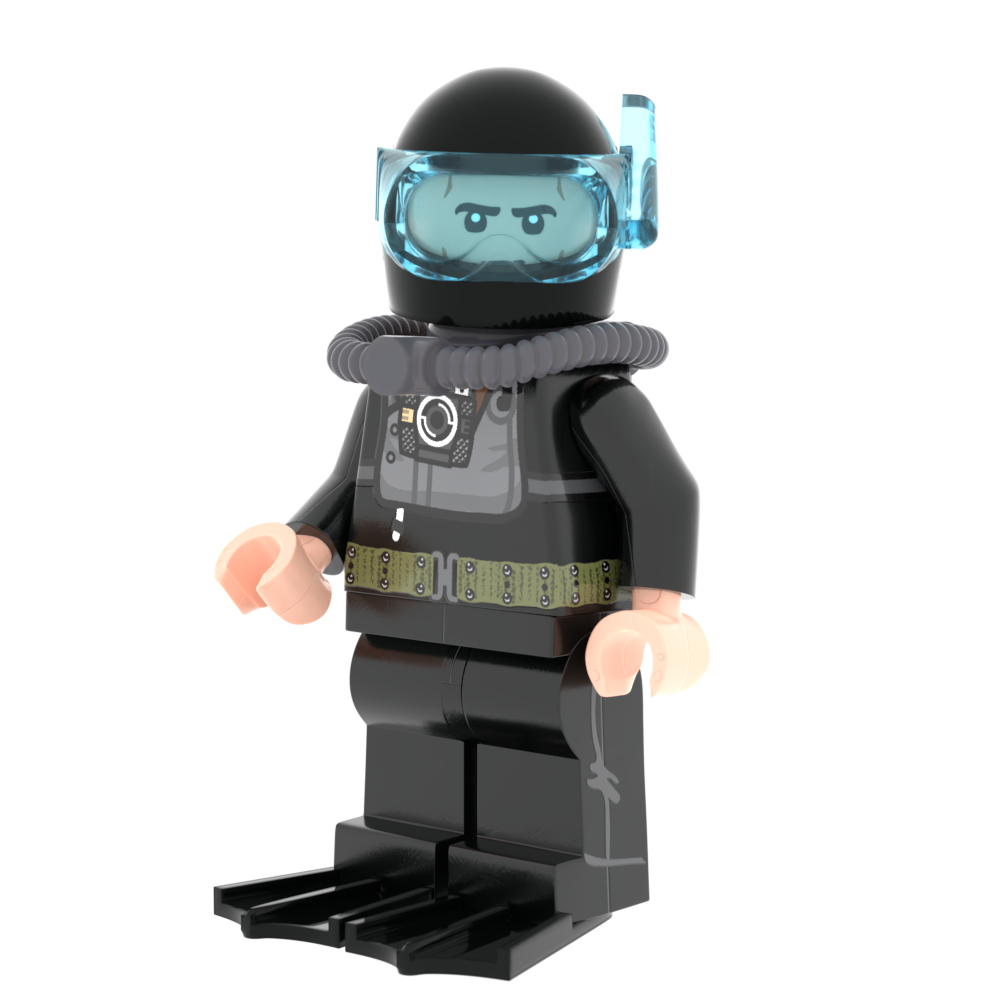 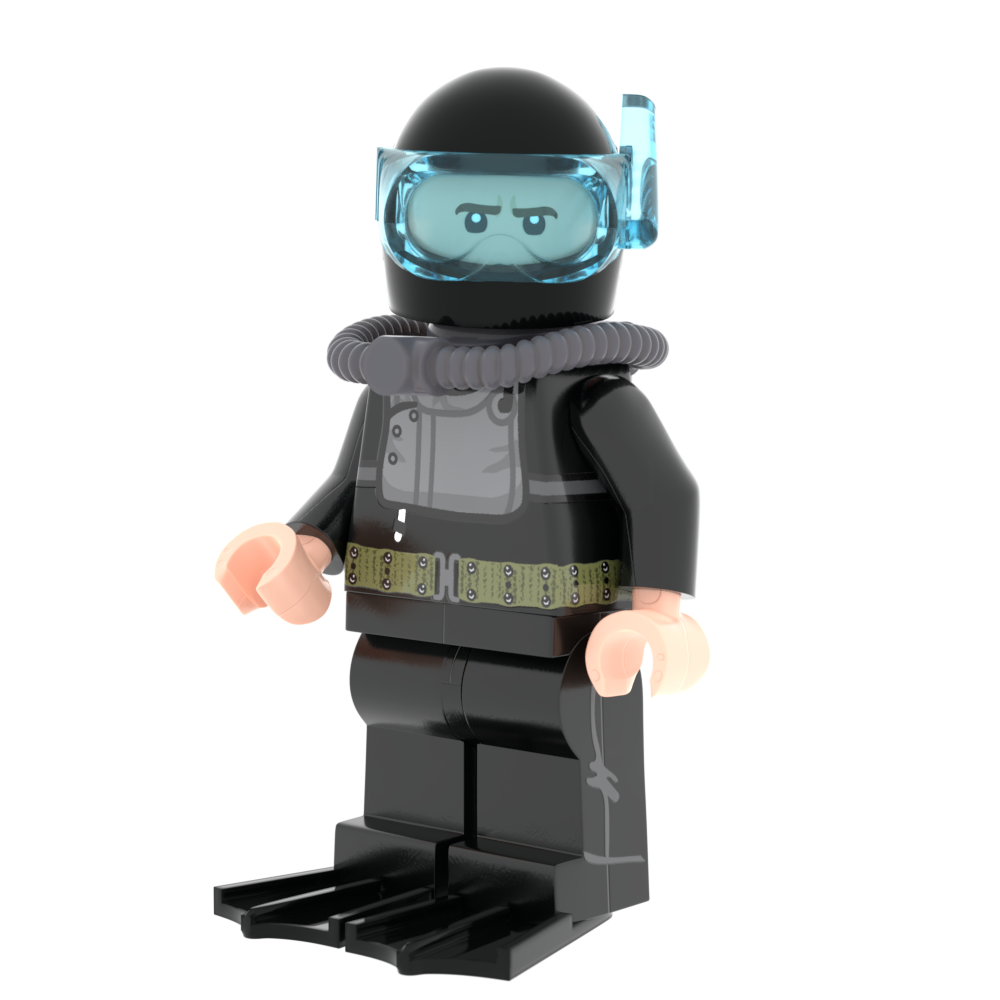 About the Sikorsky® SH-3A Sea King™:

Playing an essential role in the recovery of the Gemini 2 spacecraft crew, the Sikorsky® SH-3A Sea King™ was utilized by the United States Navy as an ASW (anti-submarine warfare) and utility asset for several decades. The craft’s primary objective was to detect and track Soviet submarines during the Cold War. The Sea King™ would’ve also been used to seek and destroy submarines had open conflict occurred. In Vietnam, Sea Kings™ were used to recover downed aircraft, especially across enemy lines. In the 1990s the Sea King™ began to be phased out of U.S. military service, though some continued to operate in reserve units in roles including logistical support, search and rescue, and transport. Finally in January of 2006, the Sea King™ was officially retired at NAS Norfolk in Virginia. 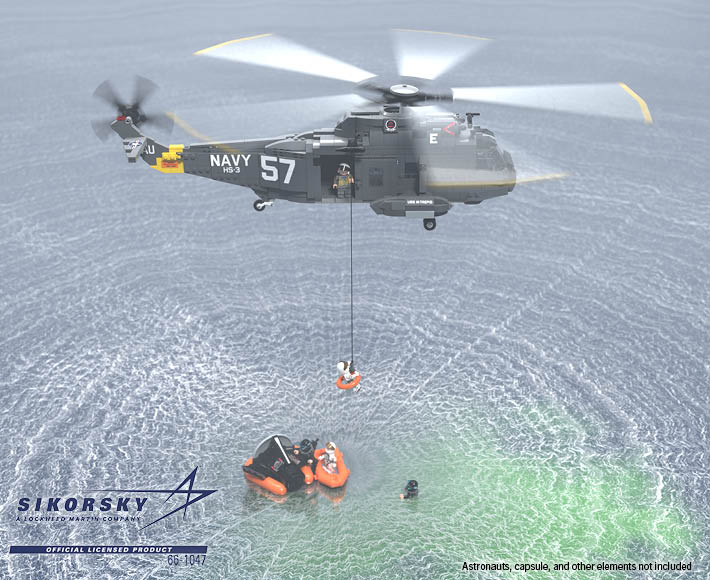 Loaded with custom printed details and a full crew of 5 minifigs, the epic Sea King™ model is yet another excellent addition to the Brickmania lineup of rotary aircraft. Model features include spinning rotors, opening doors on both sides, functional winch, interior space for crew, and functional landing gear. Printed details include USN stars and bars, rotor details, intake stripes, cockpit controls, Tridents’ logo, and more! The high-quality sticker sheet for this kit is very small and the vast majority of details are custom printed.

SIKORSKY®, Sea King™, associated emblems and logos, and body designs of vehicles are either registered trademarks or trademarks of Sikorsky Aircraft Corporation in the USA and/or other jurisdictions, used under license by Brickmania, LLC.