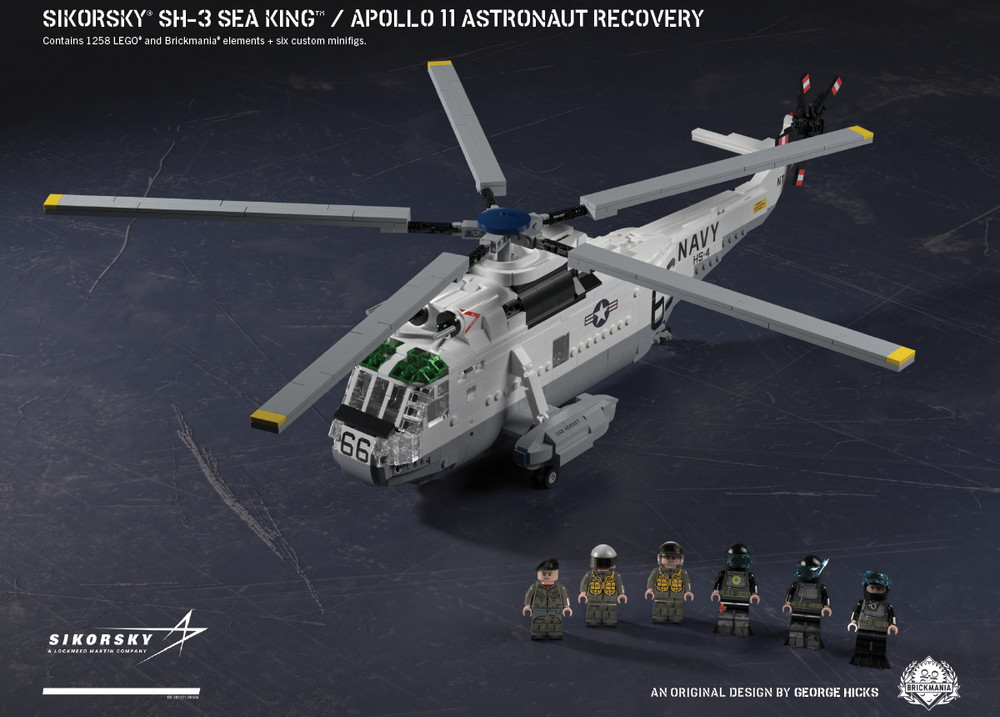 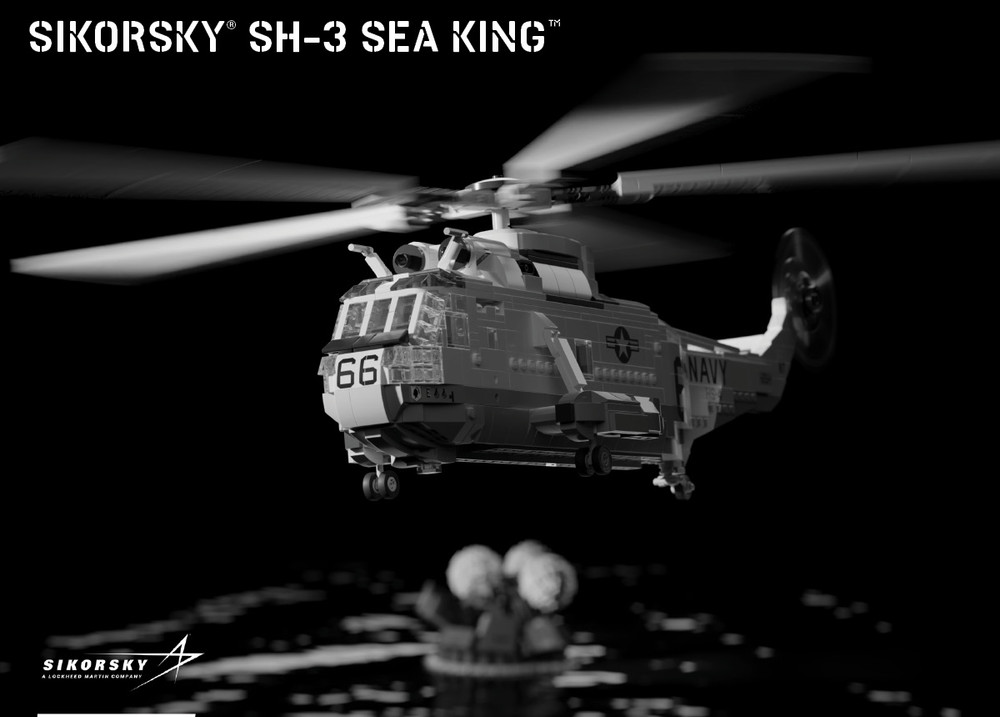 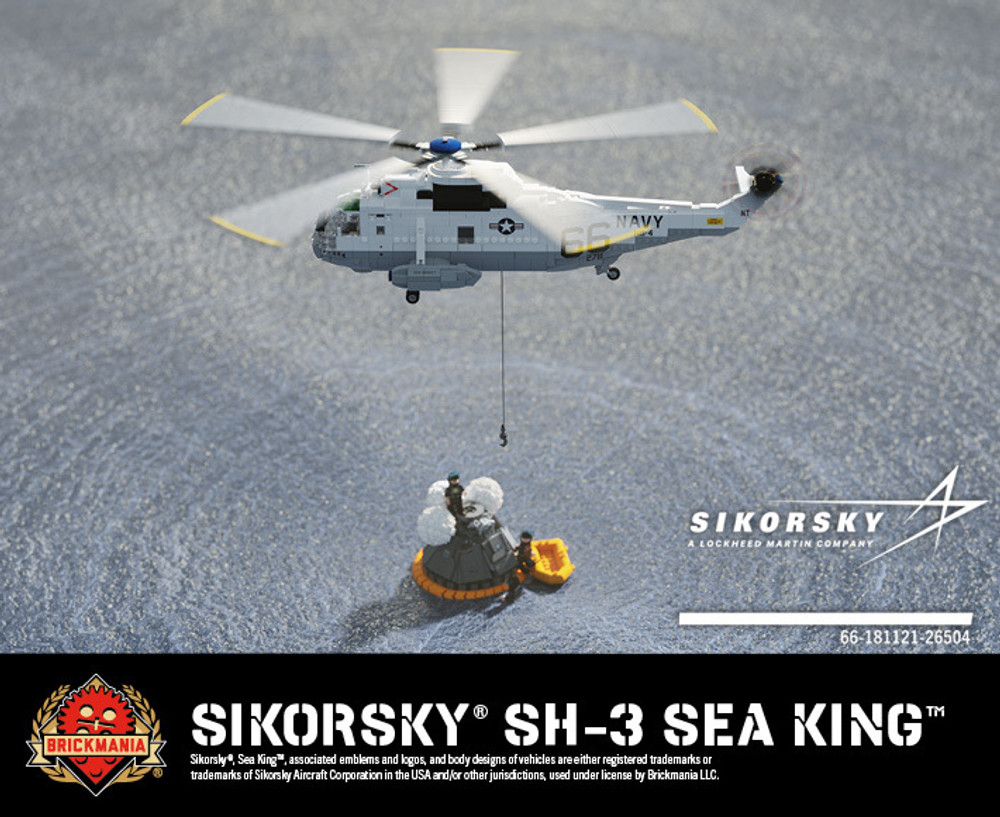 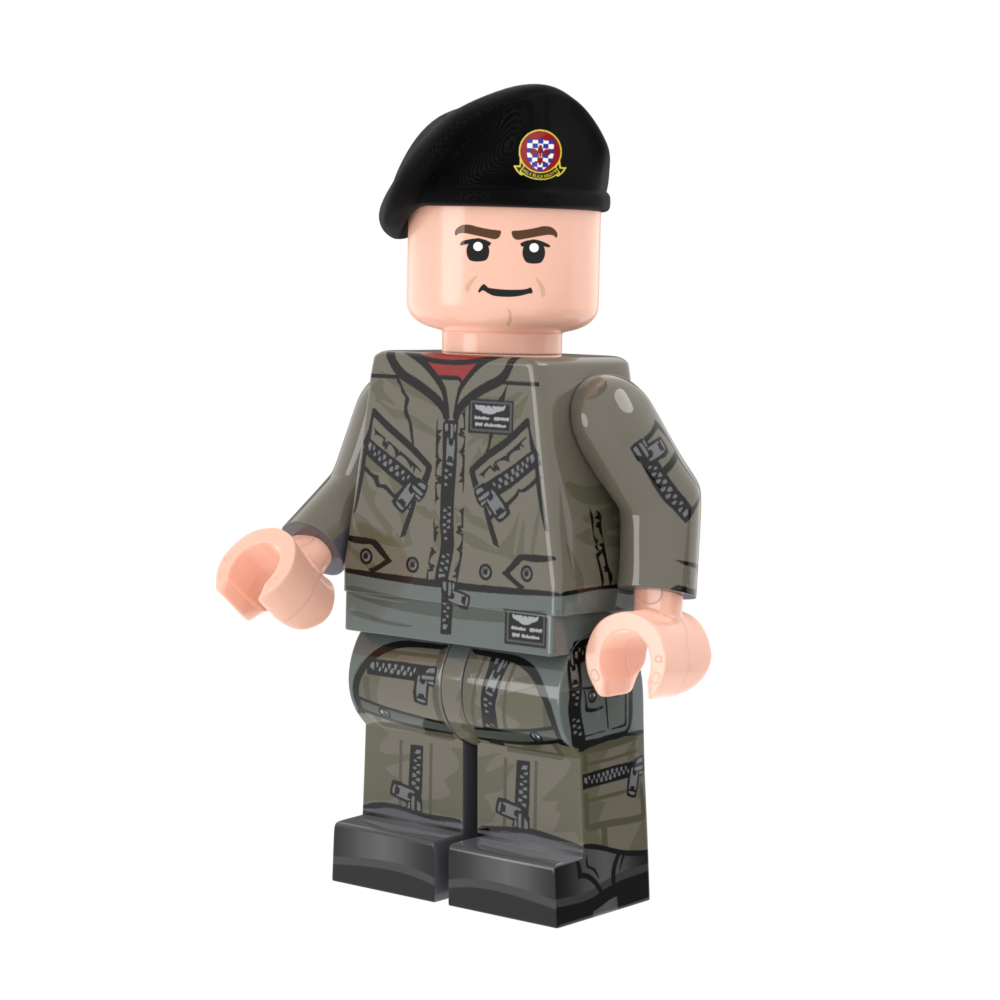 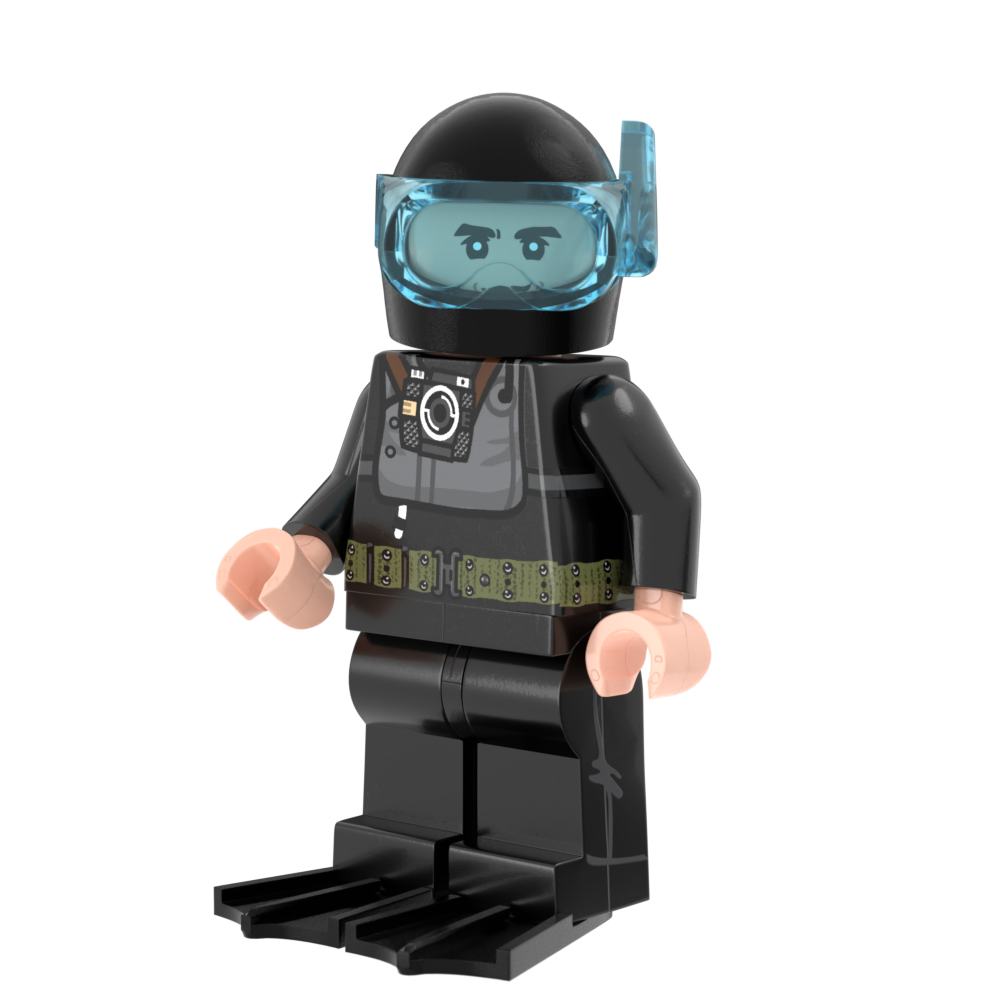 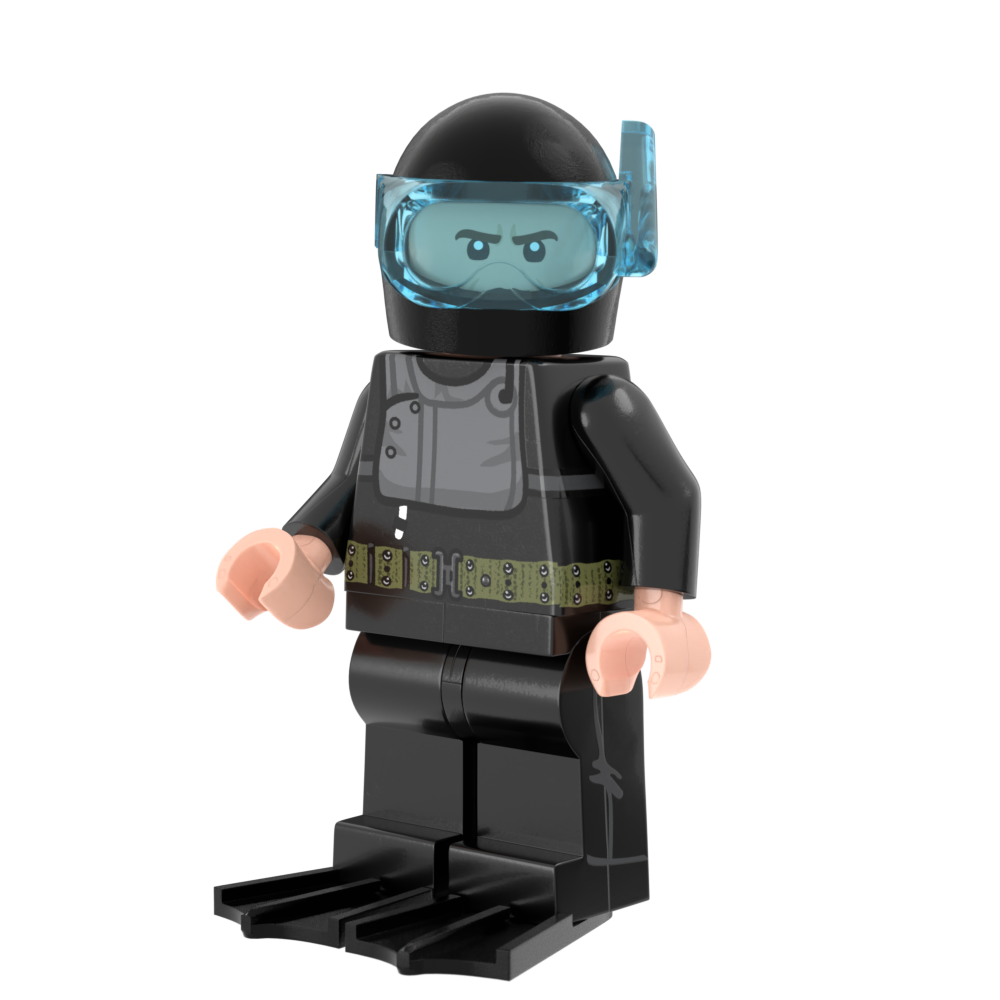 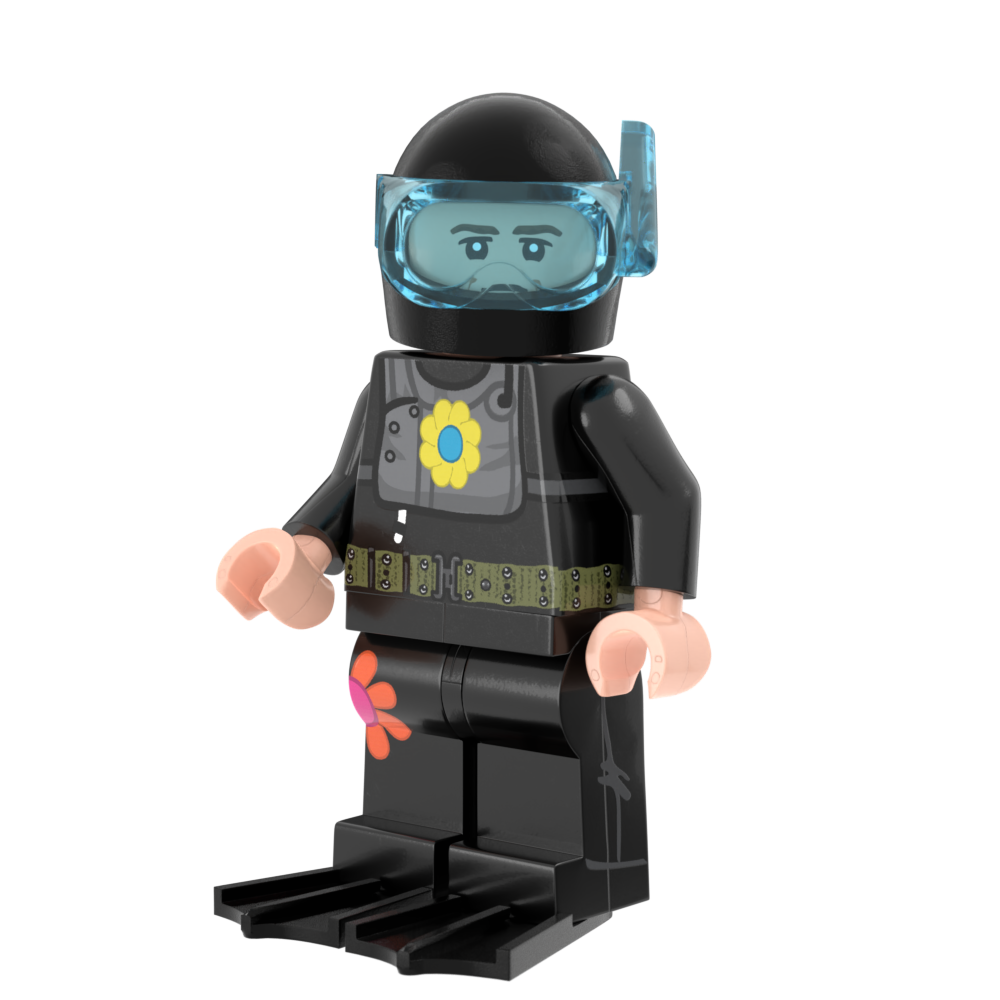 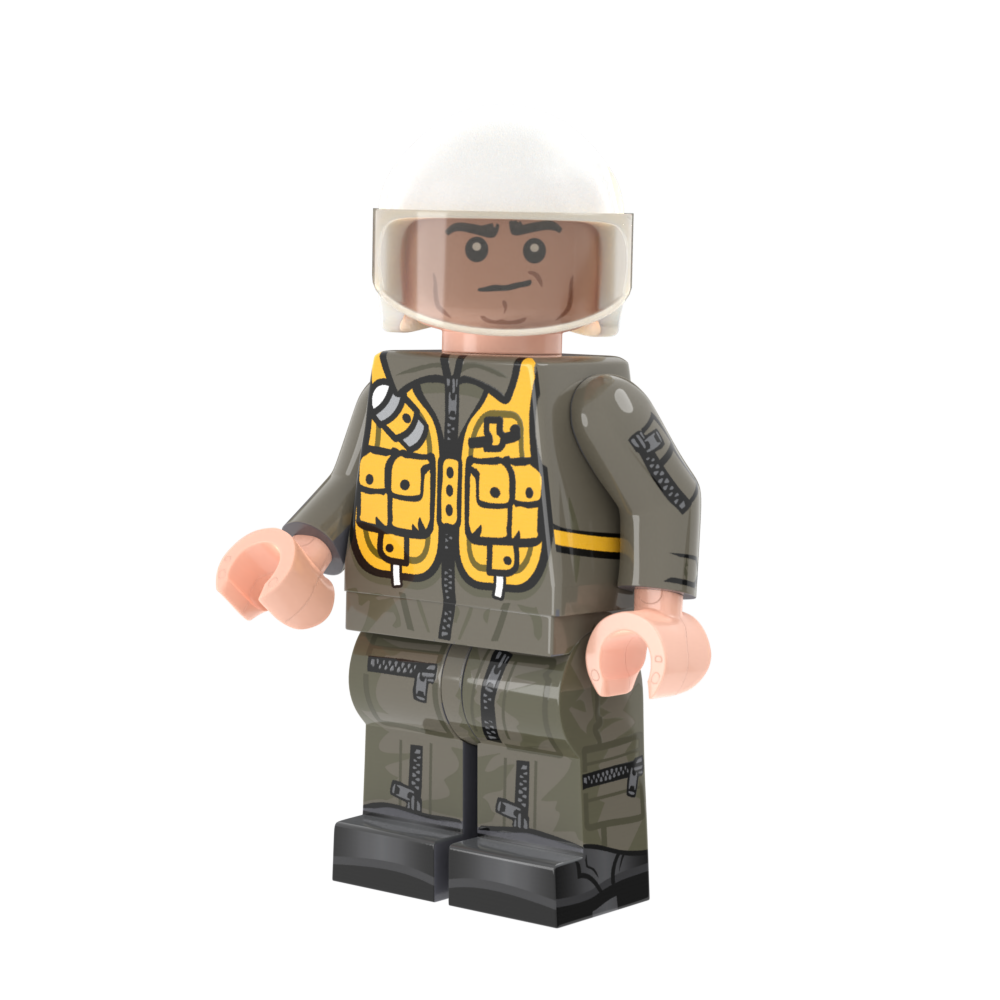 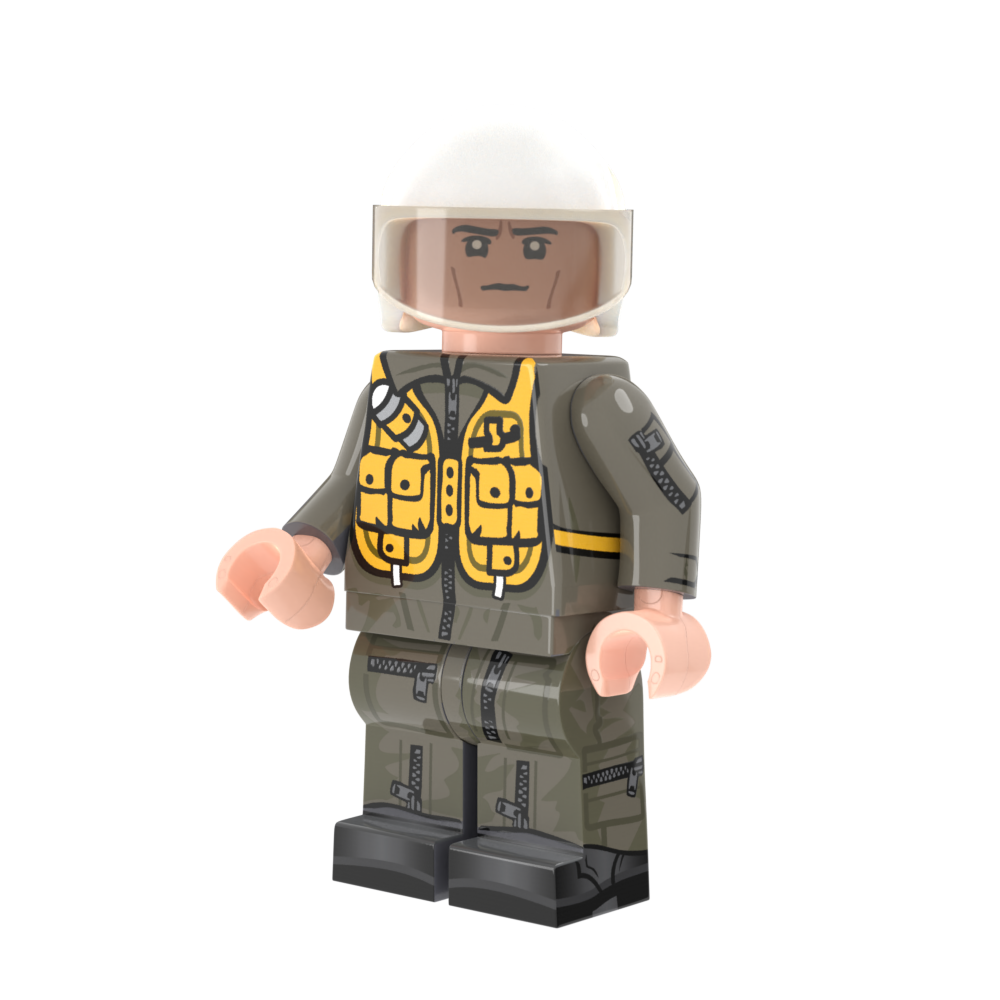 The Sikorsky® SH-3 Sea King™ was a twin-engine, all-weather, rotorcraft designed to launch off the flight decks of aircraft carriers. The helicopter’s role included search and rescue and anti-submarine warfare. Sea King helicopters utilized a crew of four to operate the craft, as well as advanced sensors to aid in search and rescue and submarine detection. In addition, it’s the Sea King that continues to provide executive transportation for the President of the United States as Marine One. Even in this most noble role, the Sea King is perhaps most recognizable as an Apollo recovery vehicle.

At approximately 5:50 AM on July 24th, 1969, the Columbia module of Apollo 11 made splashdown 920 miles southwest of Honolulu, Hawai’i. Launching from the Essex-class carrier USS Hornet, a Sea King known as Old 66 flew out to make history. Arriving as dawn was breaking, Old 66 circled the splash site where Columbia was bobbing upside down, afloat by its unmistakable orange flotation balloons. Another Sea King—delegated for photography—circled the area while Old 66 completed the mission. From this vantage point, the entire recovery operation was recorded. The intrepid members of Apollo, alongside the support of the American public and the Old 66 recovery team, did something unimaginable, and opened a new frontier of exploration.

Featuring a massive rotating main rotor and tail rotor, this kit has a shocking 60+ printed pieces, and comes with 6 custom minifigs. Play features include removable cargo door, opening cockpit door, brick-built tinted windscreen, and rescue hook. This historic helicopter build showcases a brick-built colorway unique to the Apollo astronaut recovery missions. It is sure to become the center of your Space Race collection.