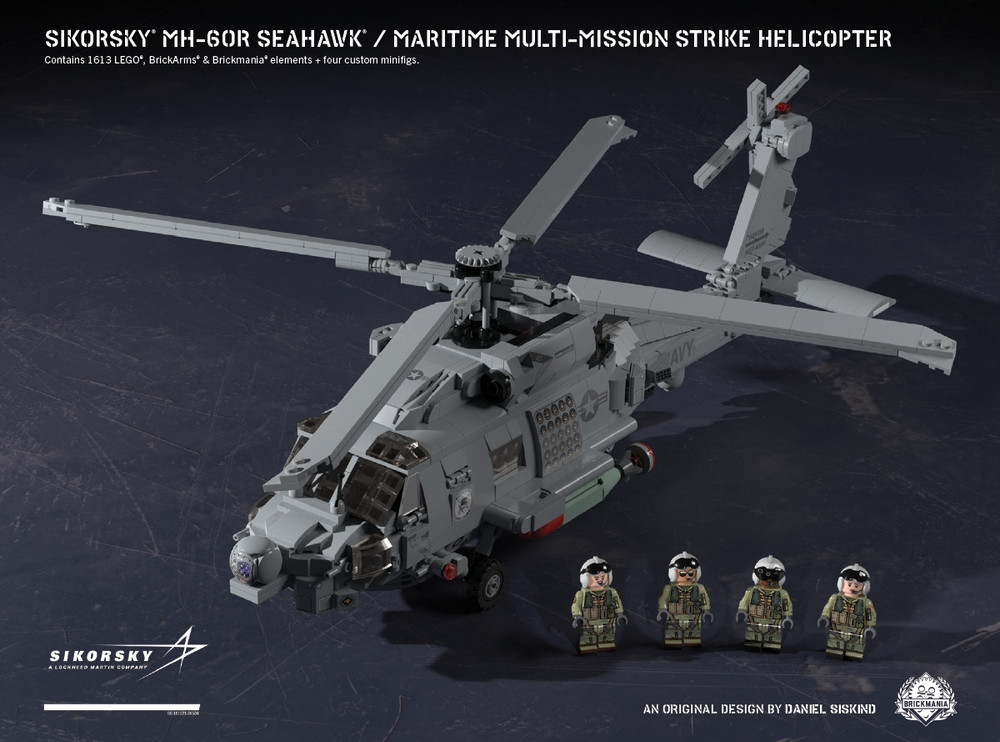 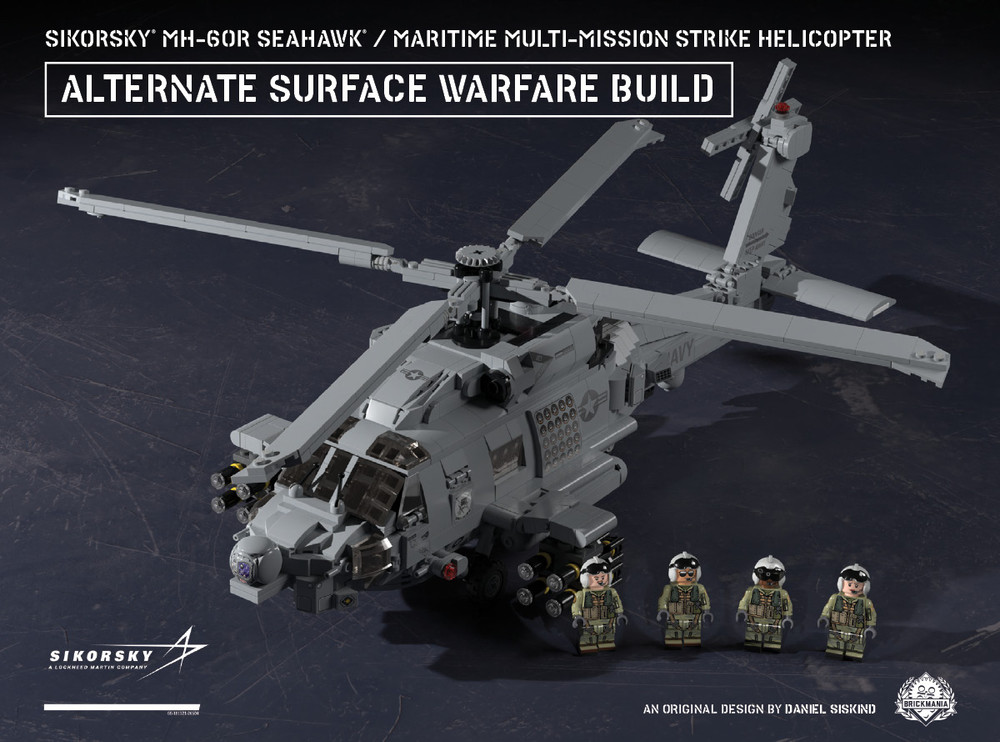 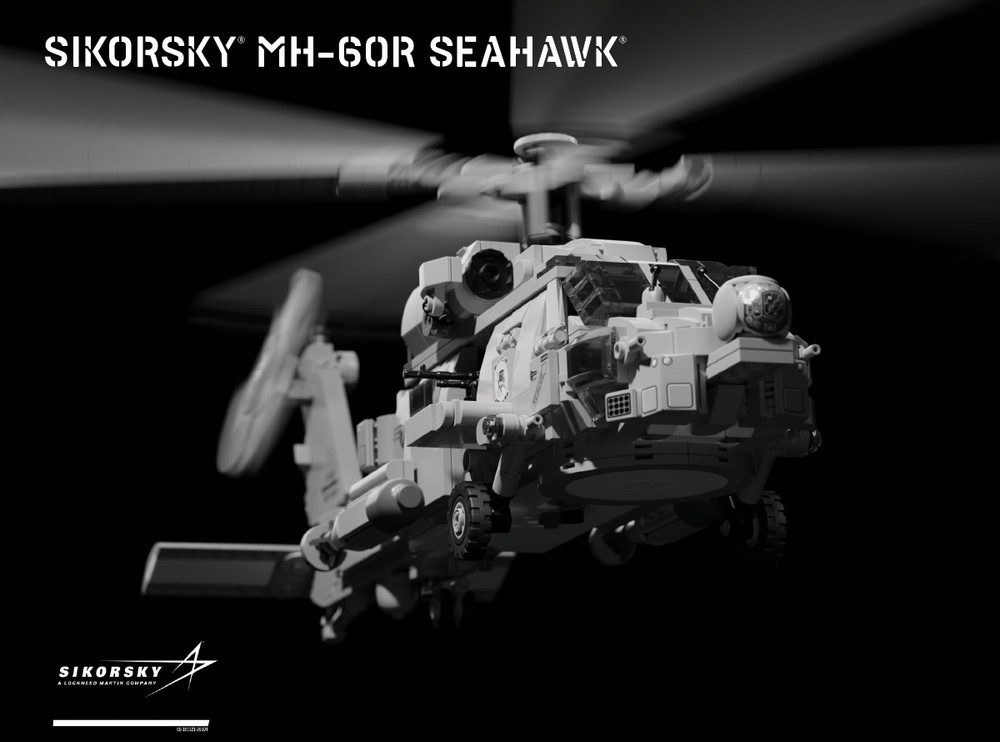 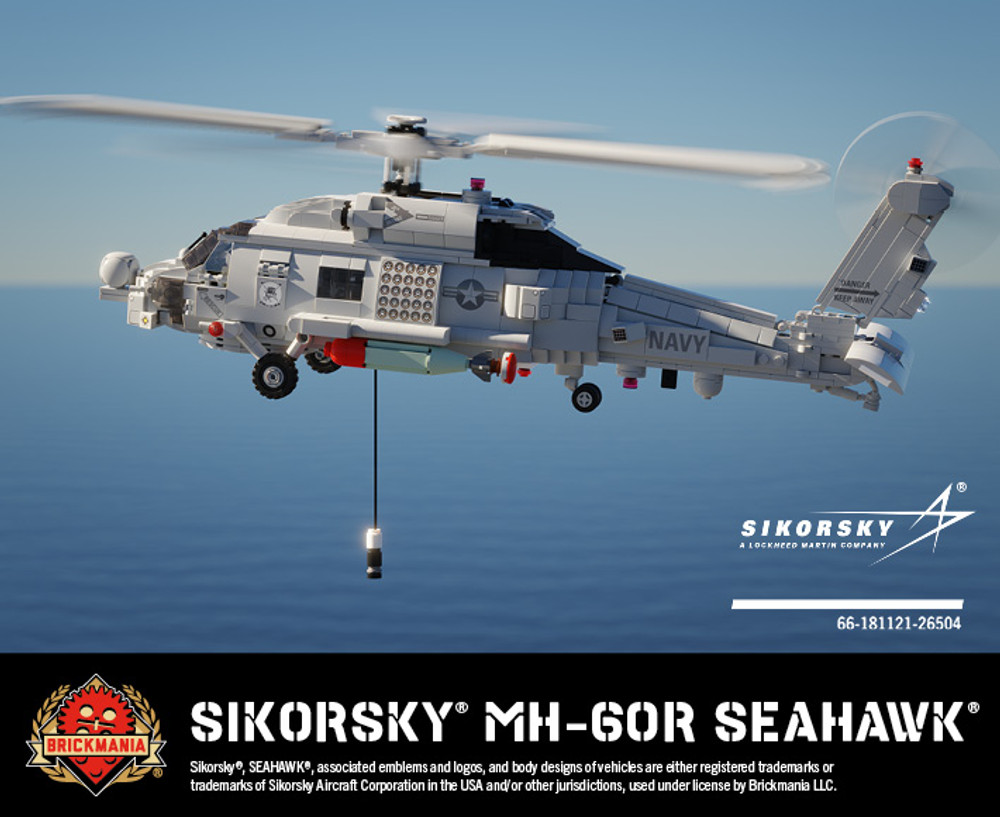 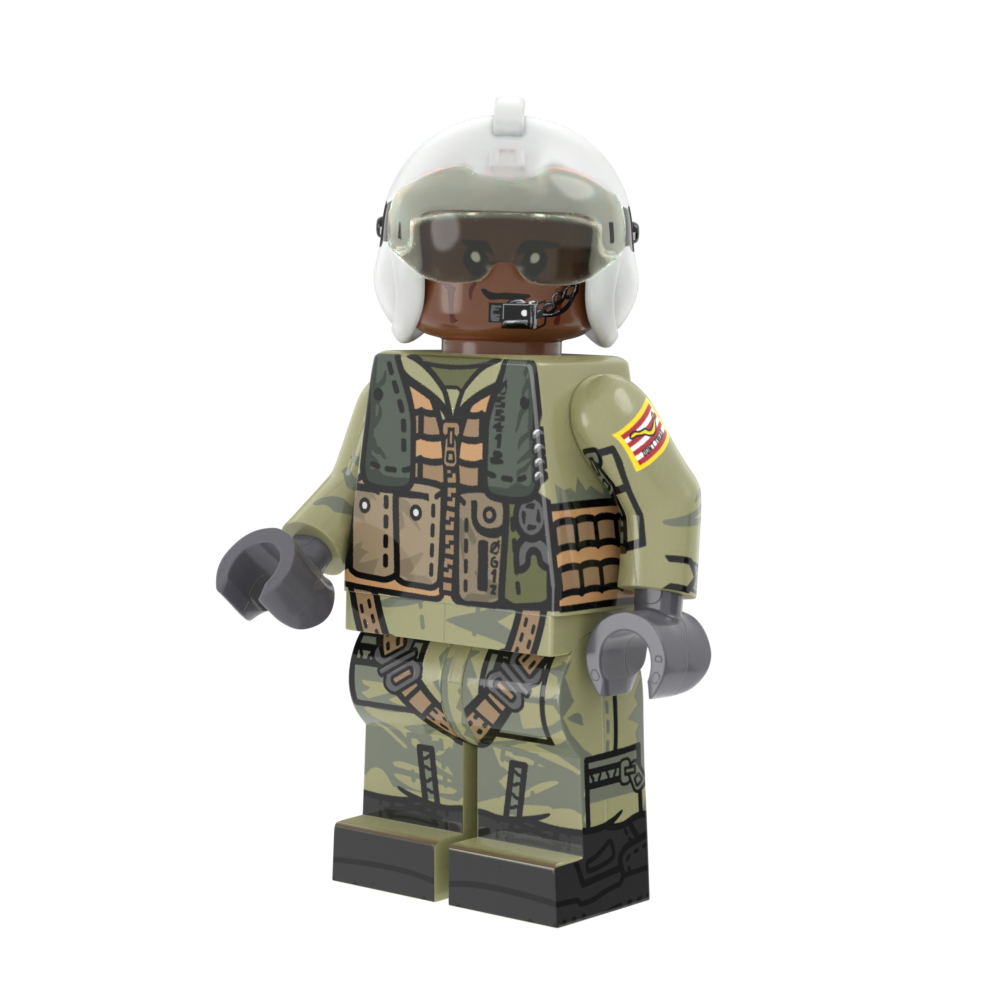 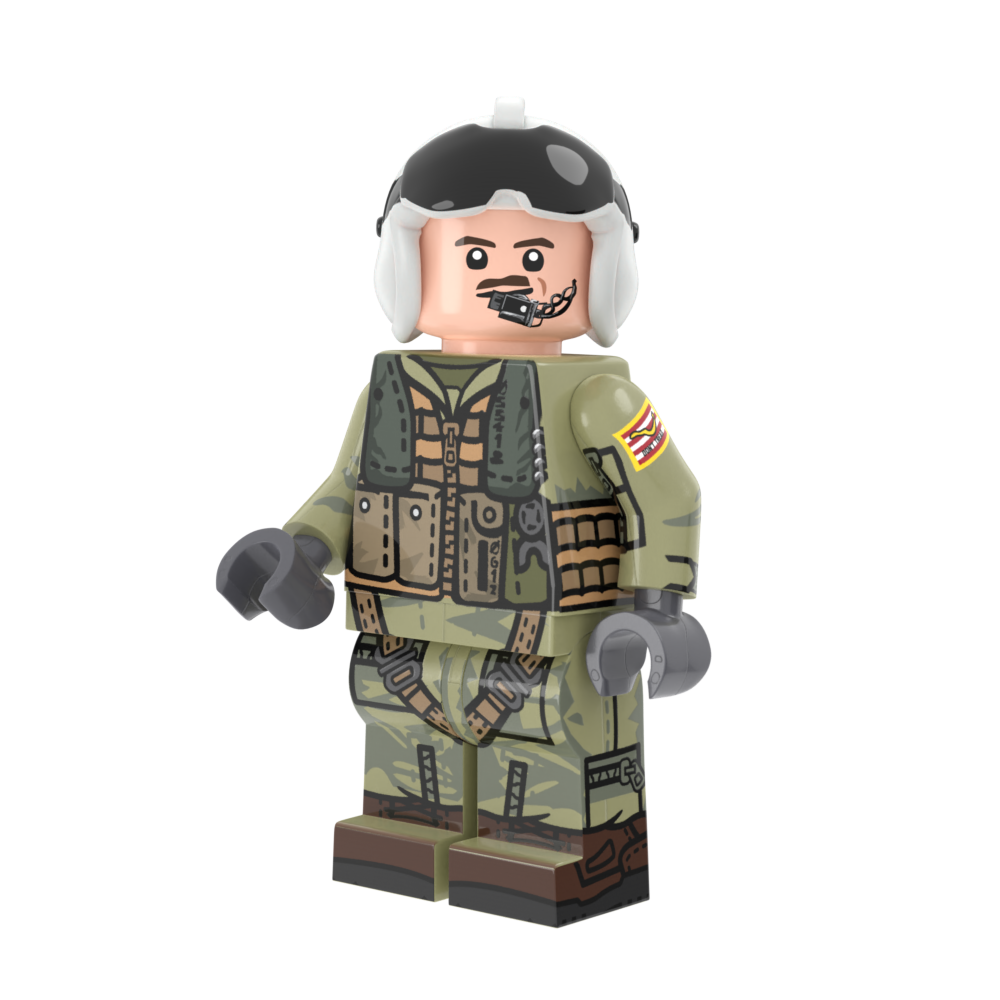 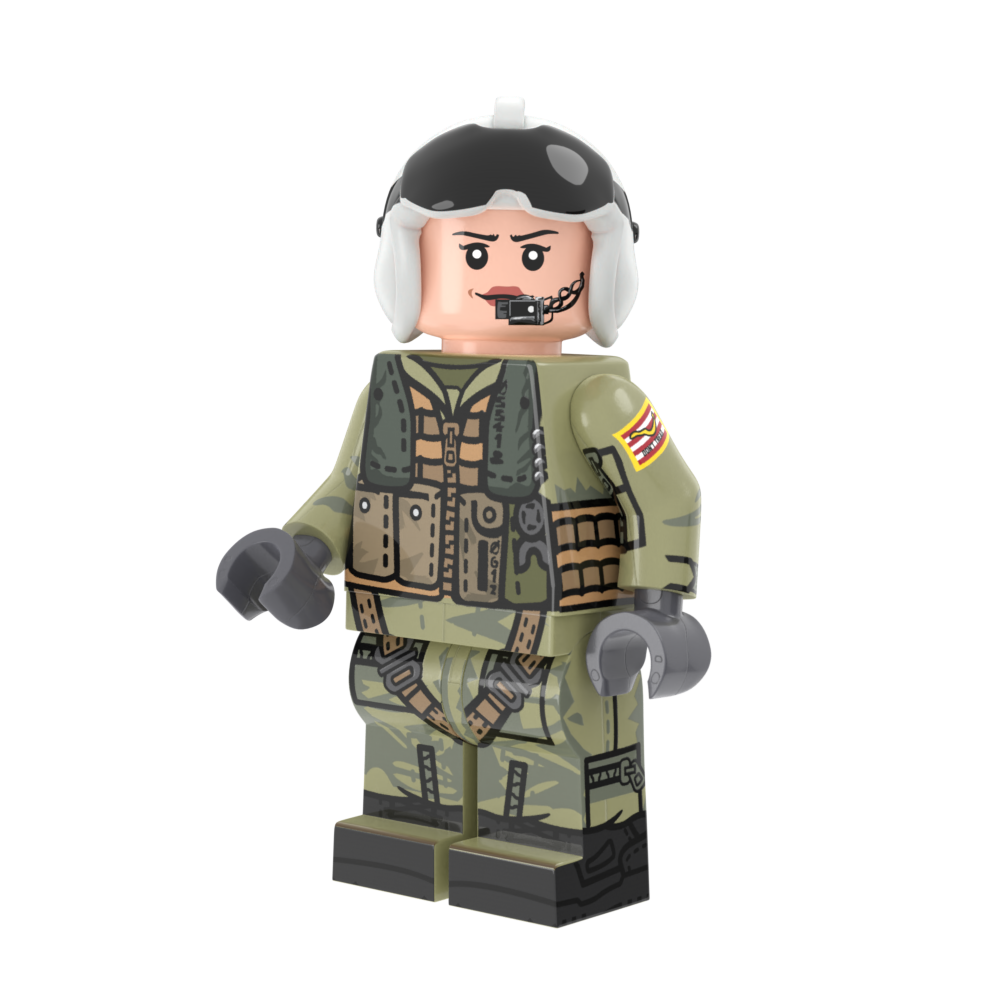 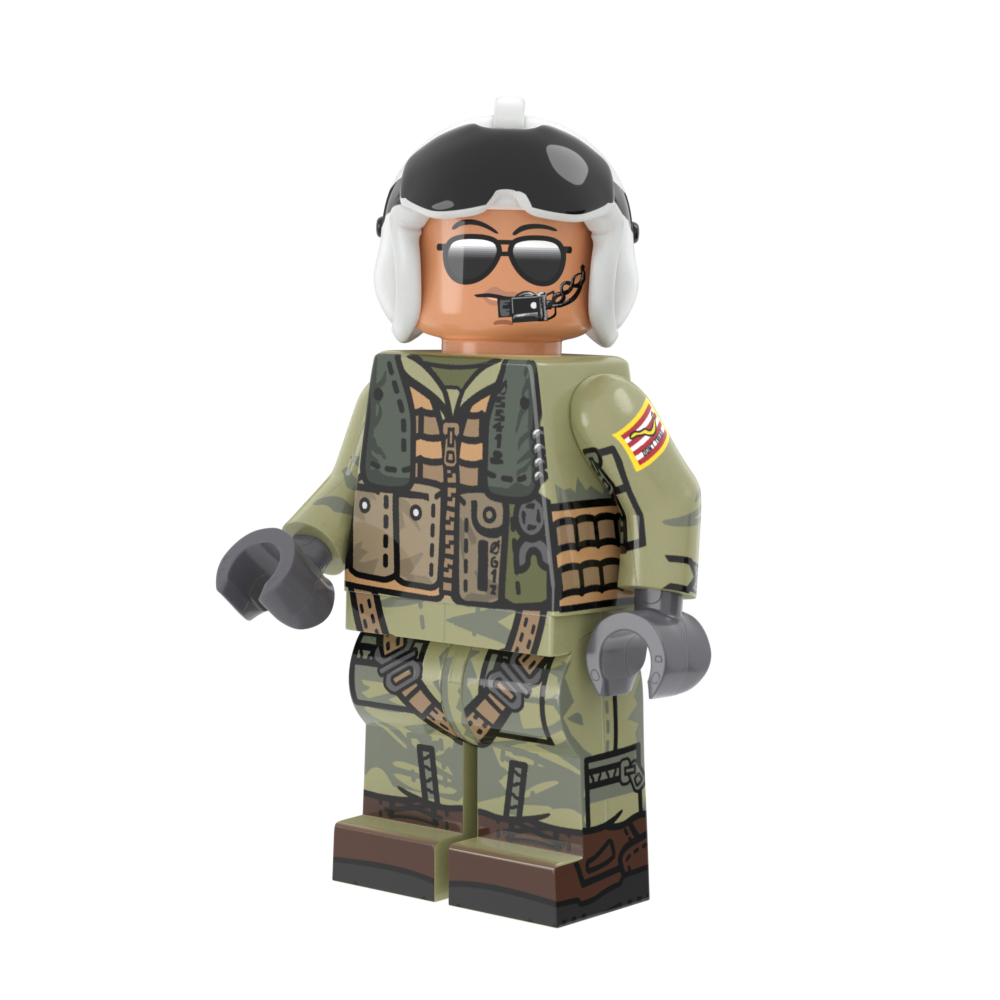 The Sikorsky® MH-60R SEAHAWK® is the world’s most advanced maritime helicopter. The rotorcraft is featured as the United States Navy’s primary anti-submarine and anti-surface weapons system and can operate off the decks of frigates, destroyers, cruisers, and aircraft carriers. While the MH-60R SEAHAWK® is primarily a hunter, its secondary missions involve combat search and rescue (CSAR), medical evacuation, transport, as well as command and control. A unique design feature of the R model is its common cockpit. This is a shared design between the MH-60R and MH-60S. This gives crews easy accessibility and function when operating the two crafts.

Of course, the most important aspect of a hunter is its armament. The helicopter can be outfitted with an M240 7.62X51mm NATO machine gun or a GAU-21 50 caliber gun on a pylon mount. For heavier firepower, eight AGM-114 Hellfire missiles can be mounted—four on each side—or three Mk 50 or Mk 54 torpedoes. For power, the helo uses two General Electric turboshaft engines that push out over 1,800 shaft horsepower. Otherwise, the craft is equipped with the latest in avionics, GPS, tracking, communication, and IR capabilities. A crew of three is needed to fly the SEAHAWK®. This includes a pilot, co-pilot, and crew chief. Other crew or cargo can be added based on mission specifics. 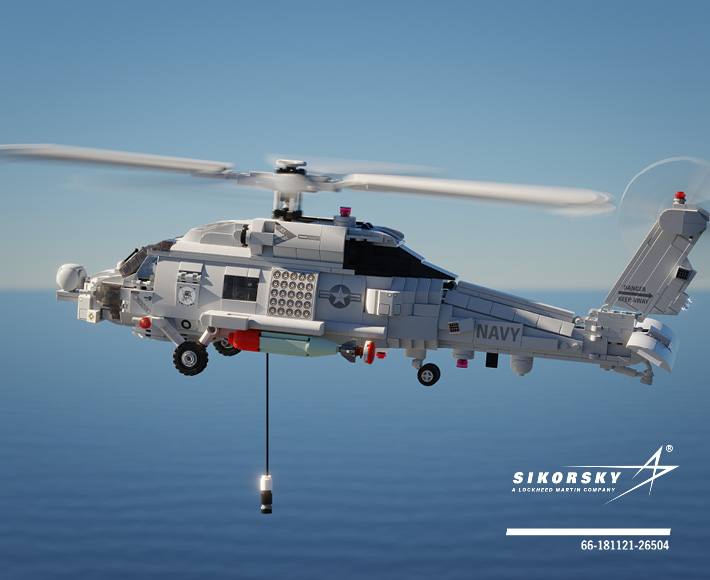 This incredible build features all custom printed details with the option to customize your kit’s squadron. Additionally, you can configure your build to be in attack or submarine hunting mode. Play features include 2x winches; one for crew/cargo, the other for sonar, as well as opening side/pilot doors, spinning rotors, and the ability to fold up for storage. The crew of 4x custom minifigs with custom-created headgear includes 2x pilots, 1x operator, and 1x door gunner.