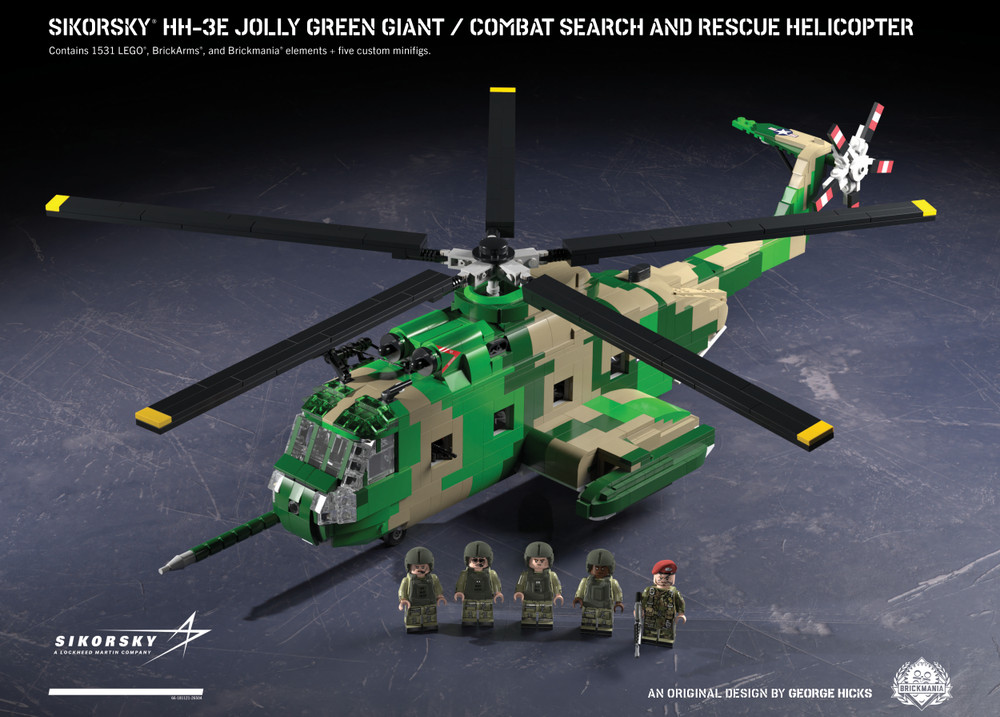 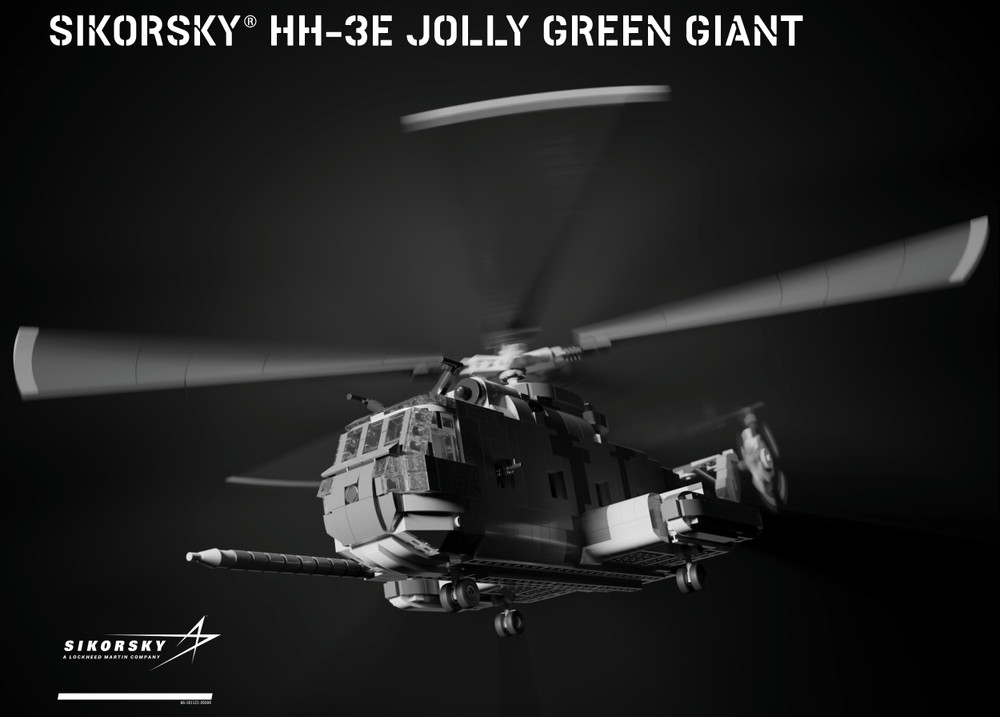 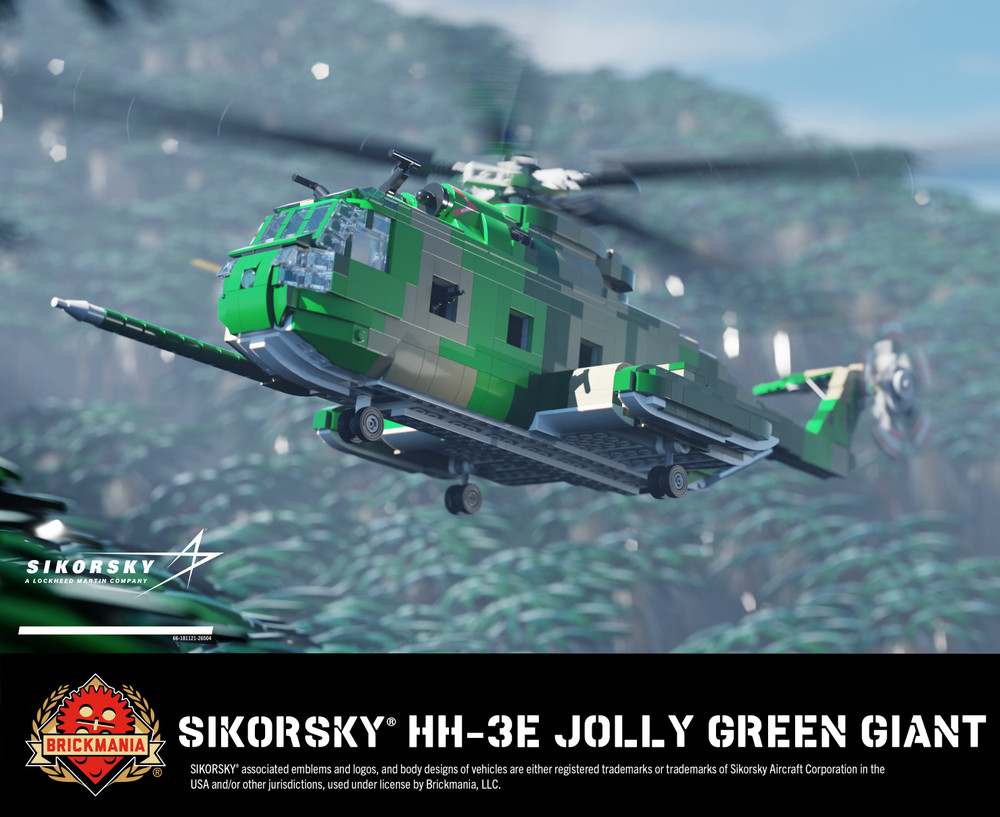 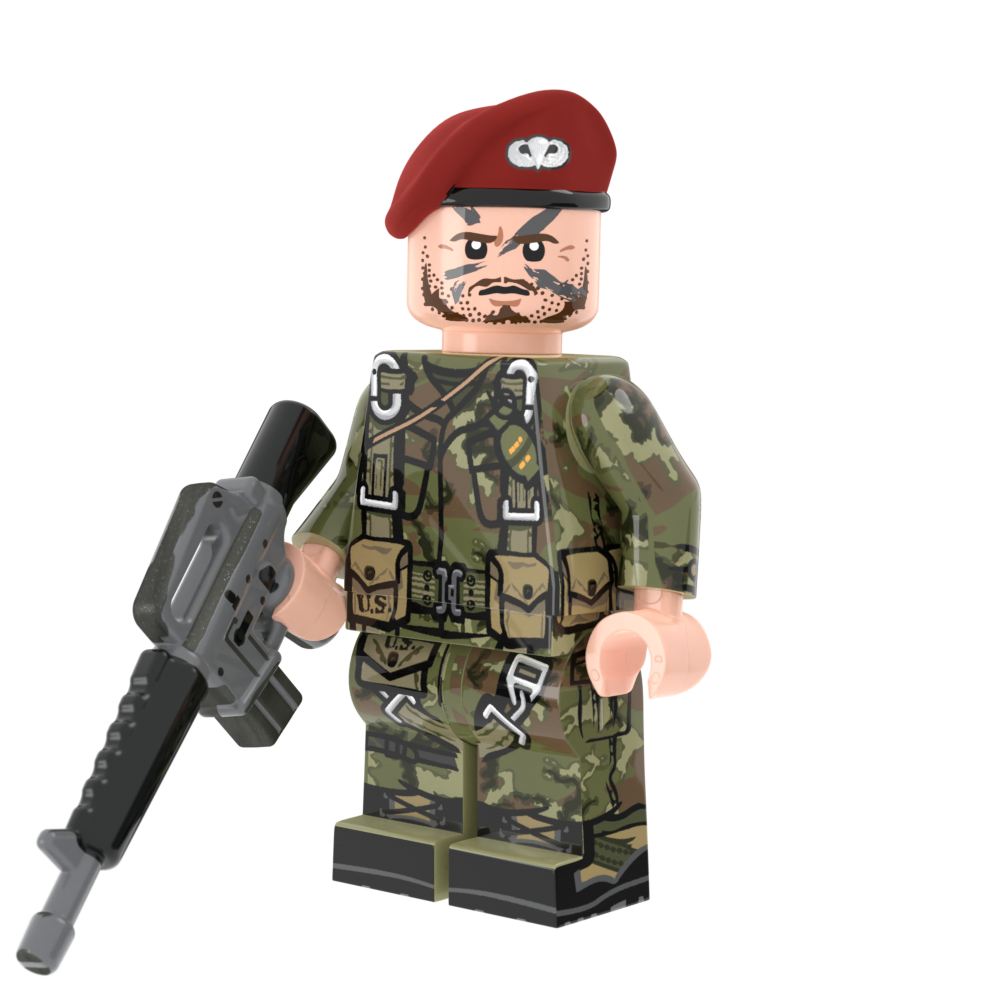 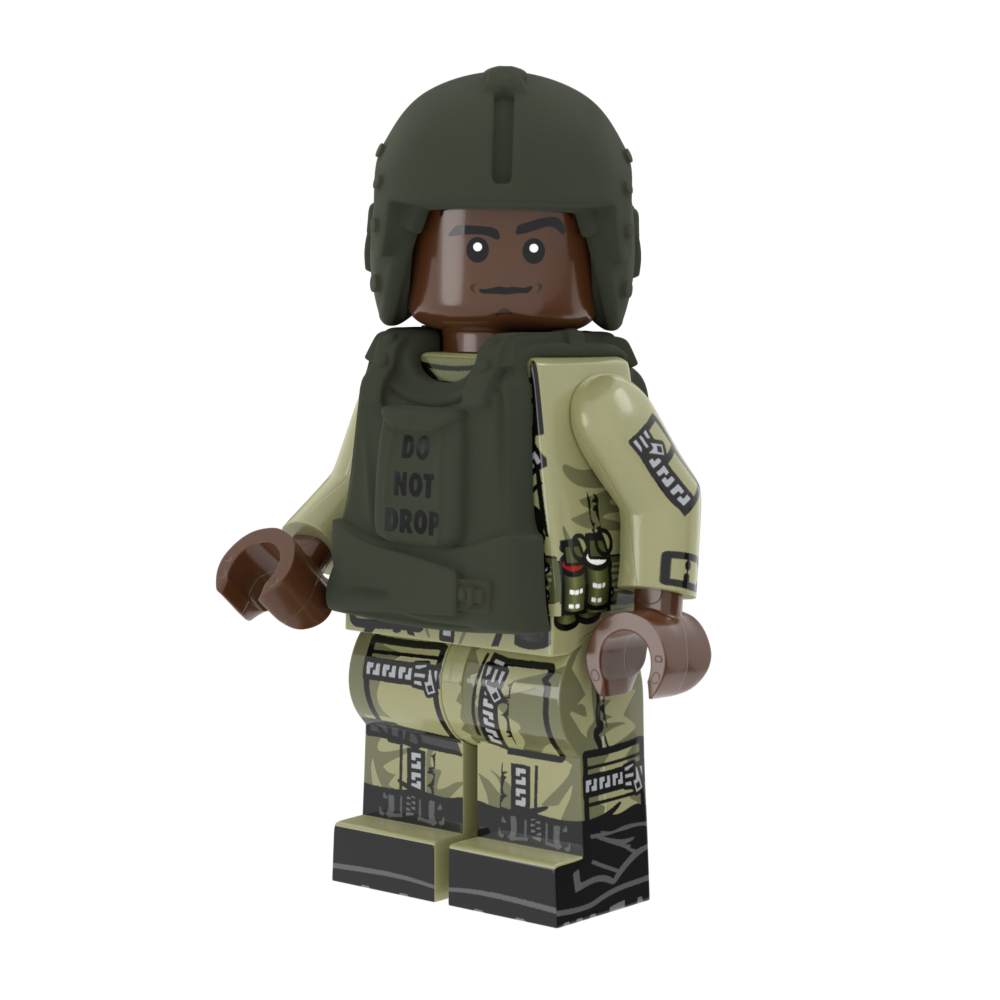 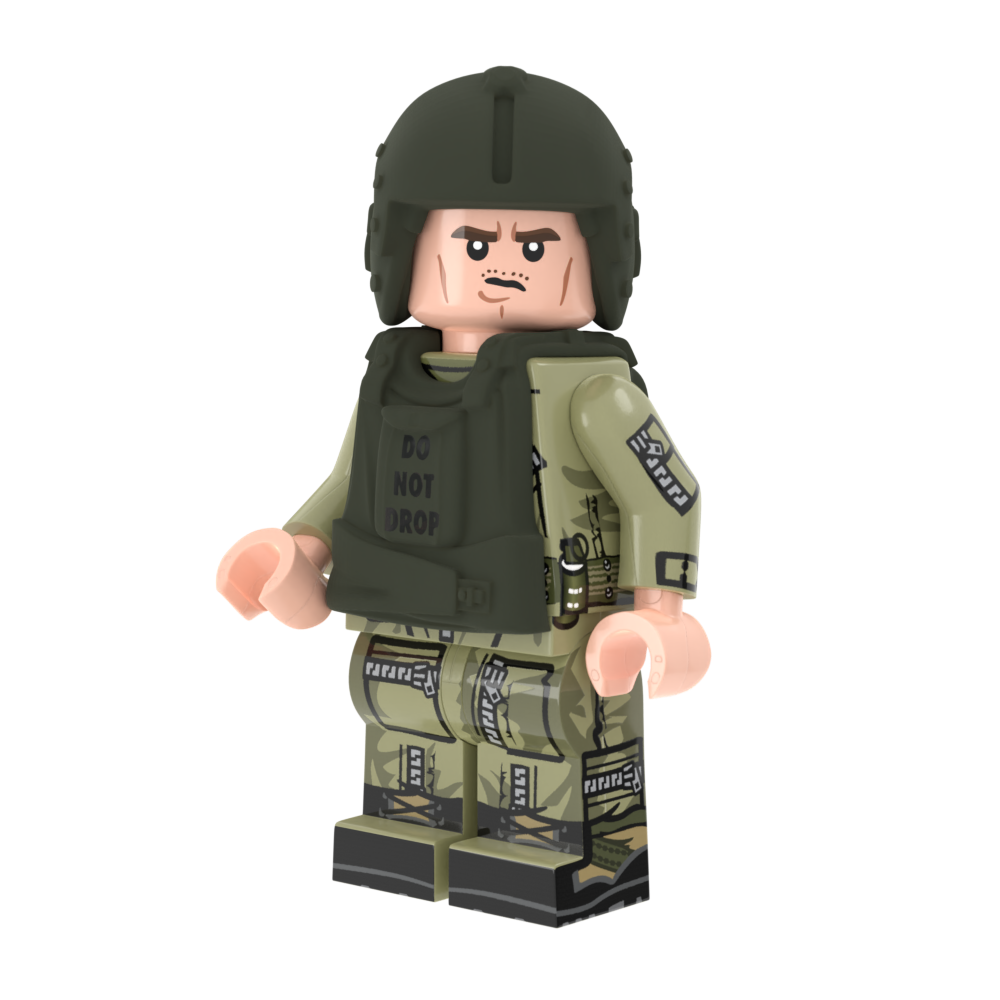 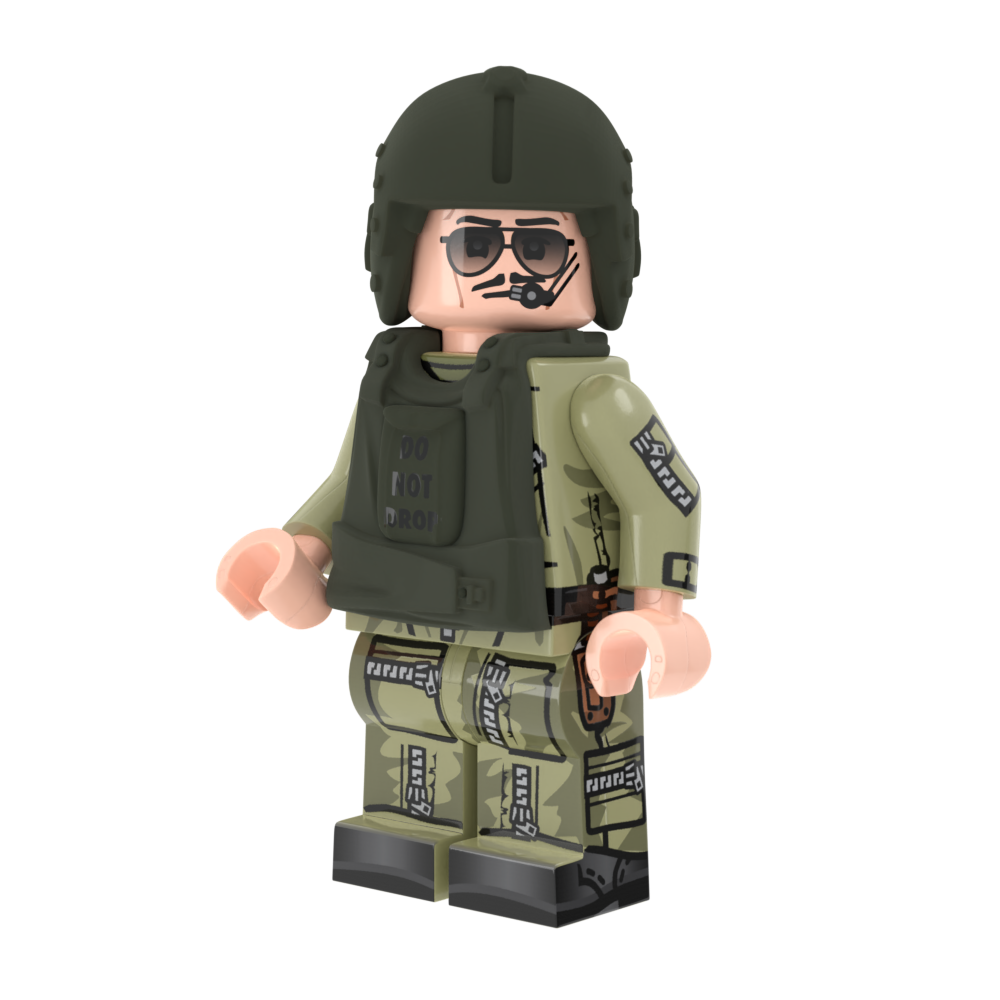 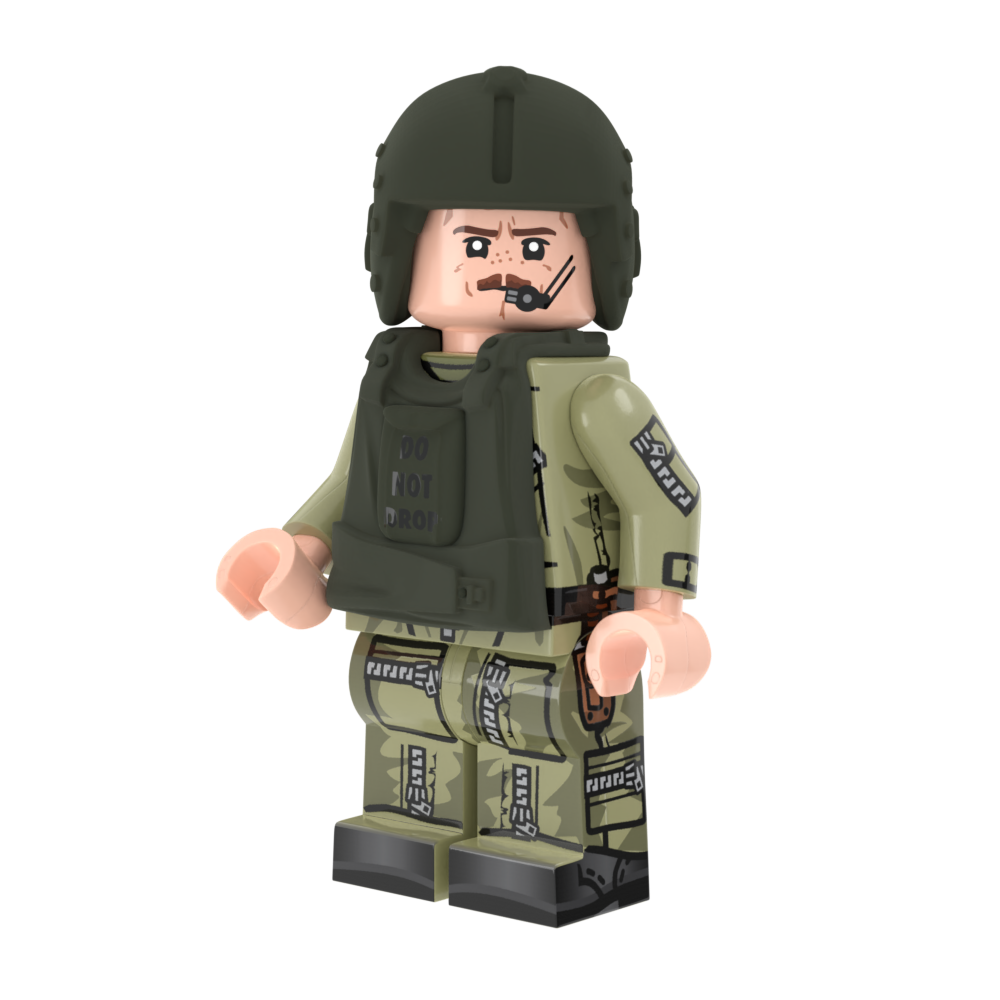 Based off Sikorsky’s CH-3 transport helicopter, the HH-3E was the United States Air Force’s primary combat search and rescue (CSAR) helicopter of the Vietnam War. Unlike its transport variant, the HH-3E carried armor and armament to protect its crew while recovering downed pilots. Nicknamed the “Jolly Green Giant” because of its green airframe, the HH-3E was additionally outfitted with self-sealing fuel tanks and a rescue hoist. Since it is based on a naval helicopter, the Jolly Green Giant has a water-tight hull so it can land on water. The HH-3E is also the first air-refuellable helicopter. With this addition, its range is limited only by the crew’s endurance. In 1967 for example, an HH-3E set the long-distance record for a helicopter by flying from New York to Paris—Sikorsky’s helicopter only needed two mid-air refuels to complete the task. Other technical notes include a crew of four—pilot, copilot, flight engineer, and gunner—a top speed of 177 mph, capacity for 25 passengers, and two 7.62x51mm M60 machine guns to fend off ground fire.

The Jolly Green Giant performed CSAR operations all over Southeast Asia. Its unique camo pattern and silhouette appeared as angels to the downed pilots it was sent to rescue. Its operational history is impressive and contains one Medal of Honor, 24 Air Force Crosses, and more than 190 Silver Stars. 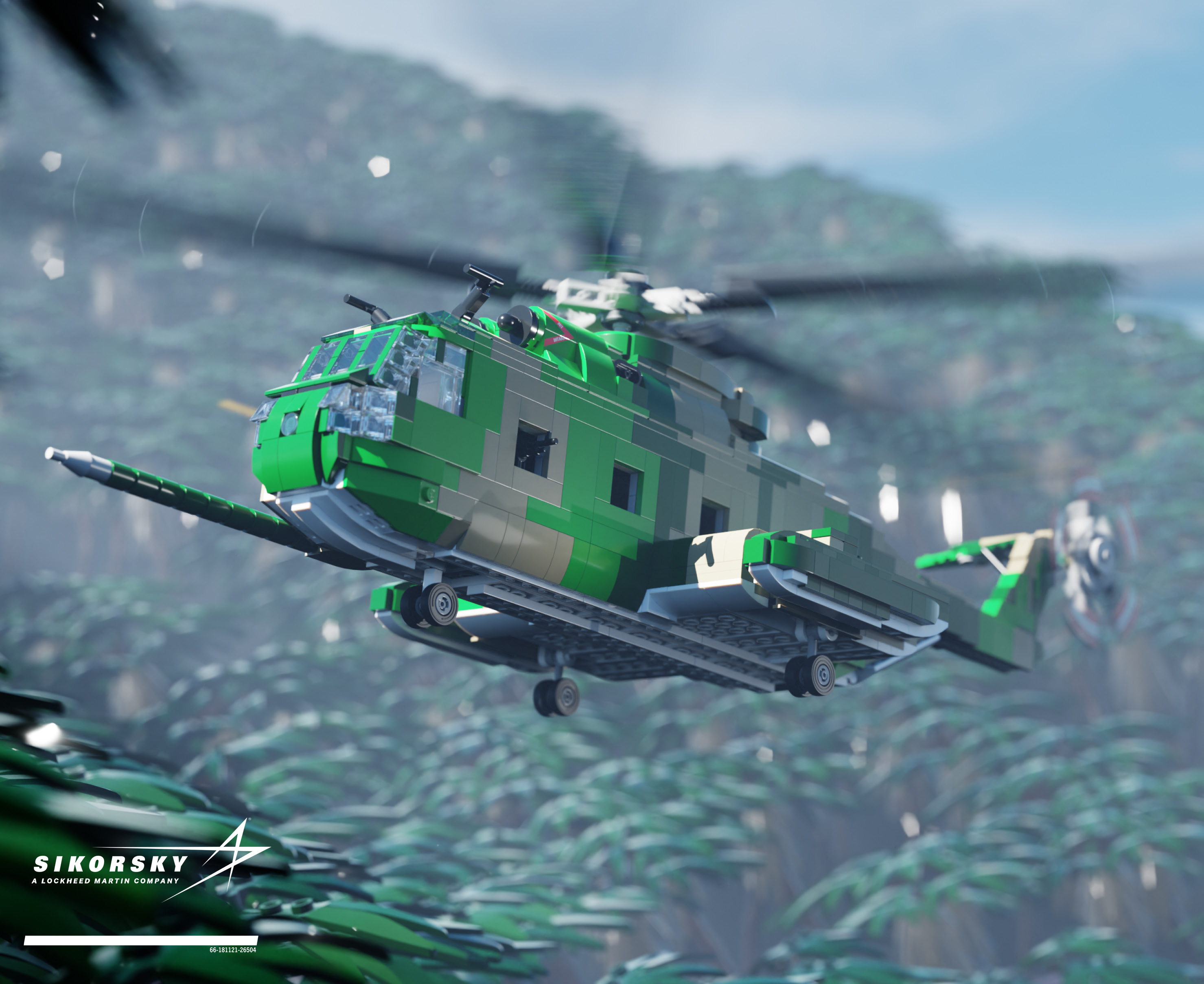 SIKORSKY® associated emblems and logos, and body designs of vehicles are either registered trademarks or trademarks of Sikorsky Aircraft Corporation in the USA and/or other jurisdictions, used under license by Brickmania, LLC.