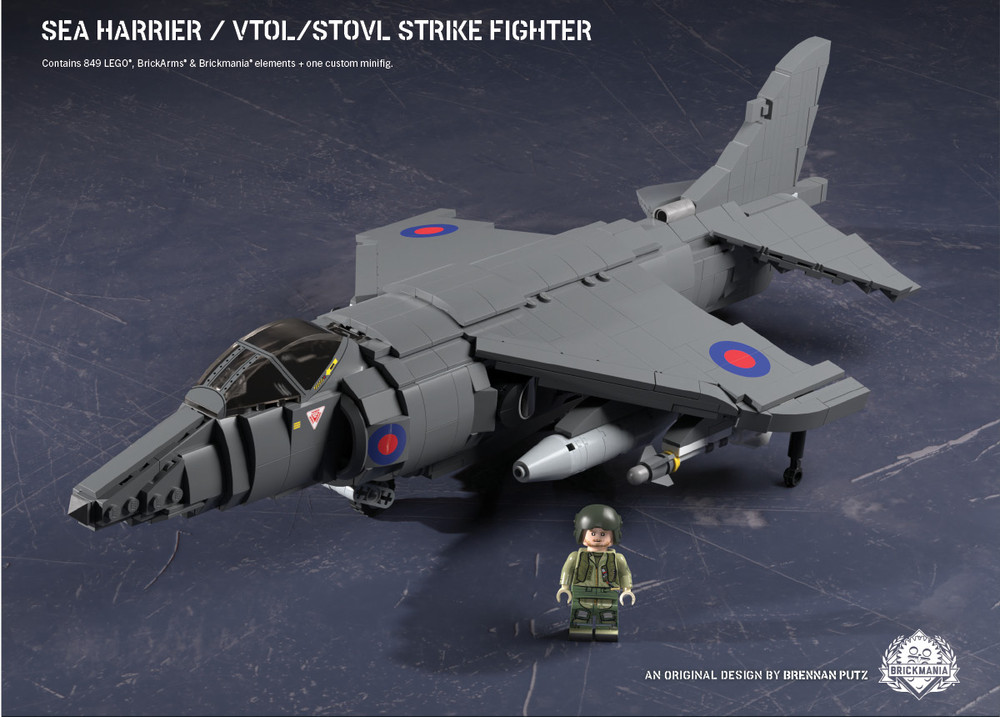 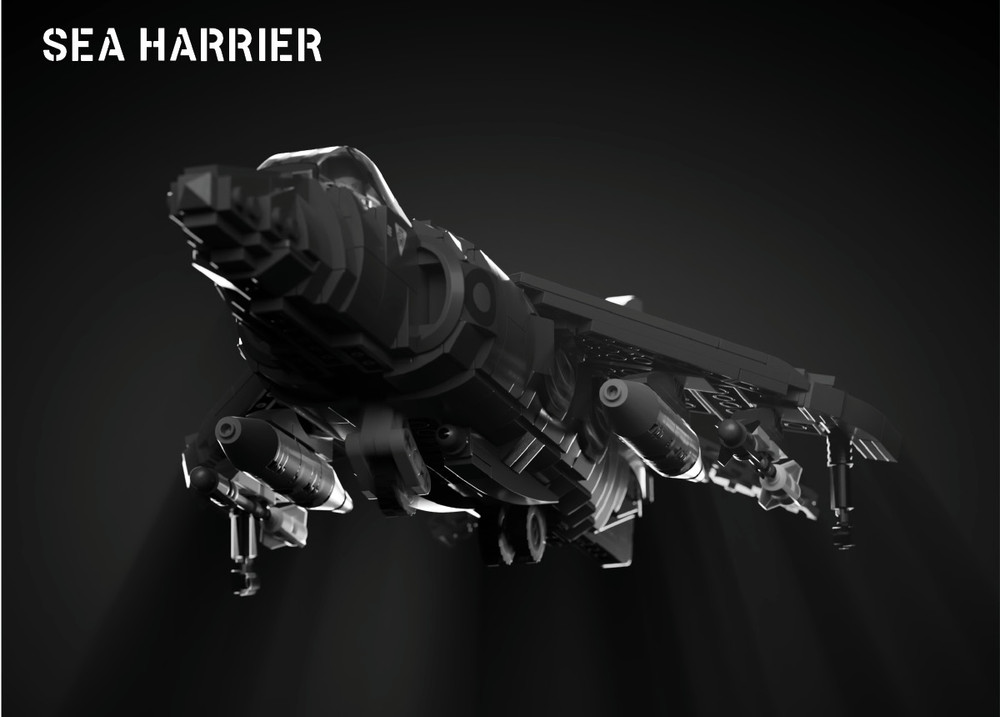 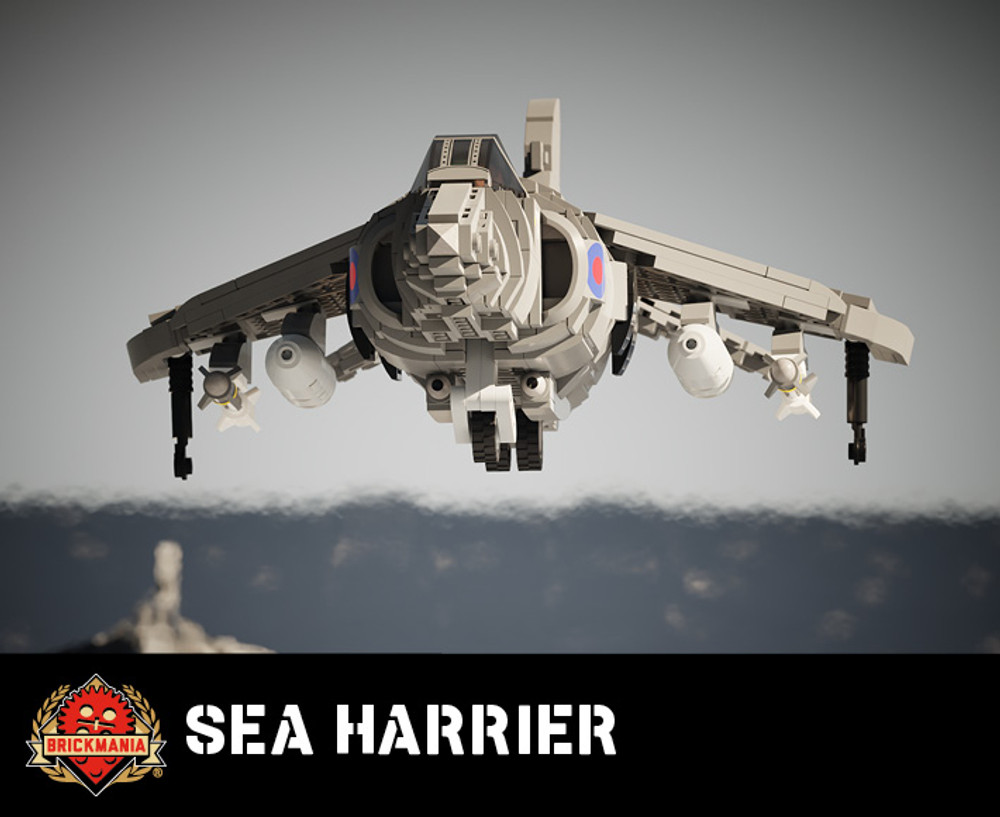 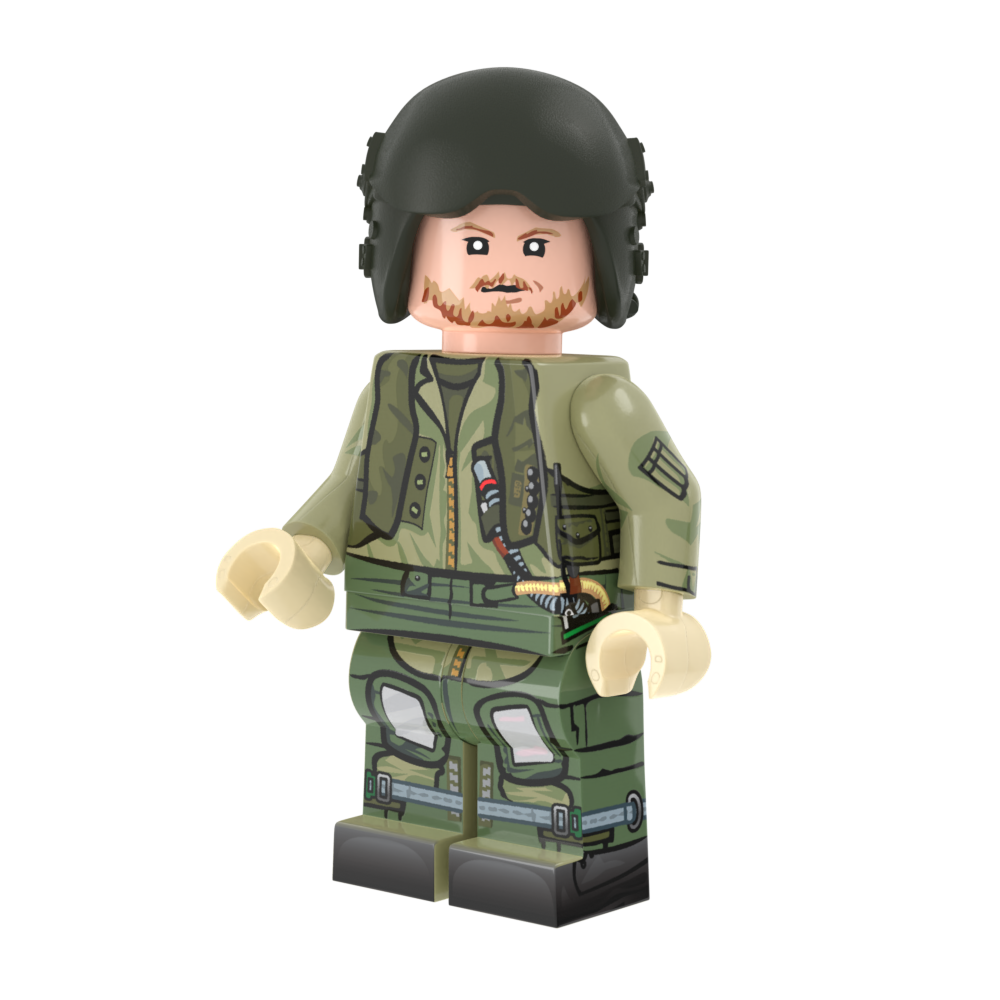 The Sea Harrier is a short take-off and vertical landing (STOVL) naval fighter jet used by the British during the Falklands War. Entering service in 1980, the Sea Harrier was unique for a modern fighter. Operating at subsonic speeds and smaller than its counterparts, this plane was designed principally to defend carrier task force groups. Powered by a mighty Rolls-Royce Pegasus turbofan engine with two intakes and four adjustable nozzles, the Sea Harrier was optimized for the smaller decks of British carriers (who had to market them as “through deck cruisers” in order to secure funding). For armament, the Sea Harrier was given two 30mm cannons, four sidewinder air-to-air missiles, and a combination load of bombs, drop tanks, and Sea Eagle air-to-surface missiles.

The Sea Harrier was used to great effect during the Falkland Islands conflict of 1982. Squadrons of Sea Harriers operated from carriers HMS Invincible and HMS Hermes to defend the task force and carry out ground attacks. The Sea Harriers, although outnumbered and far slower than their Argentinian counterparts, were more maneuverable and carried the latest in air-to-air missiles. The Sea Harriers shot down 20 enemy planes without losing any in air-to-air combat. Several Sea Harriers did fall to ground fire and accidents. Still, even in their limited capabilities the Sea Harriers controlled the skies. 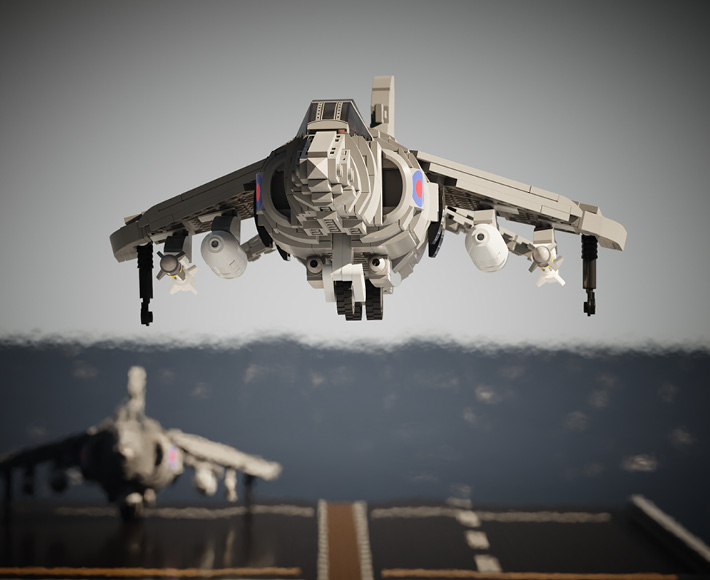