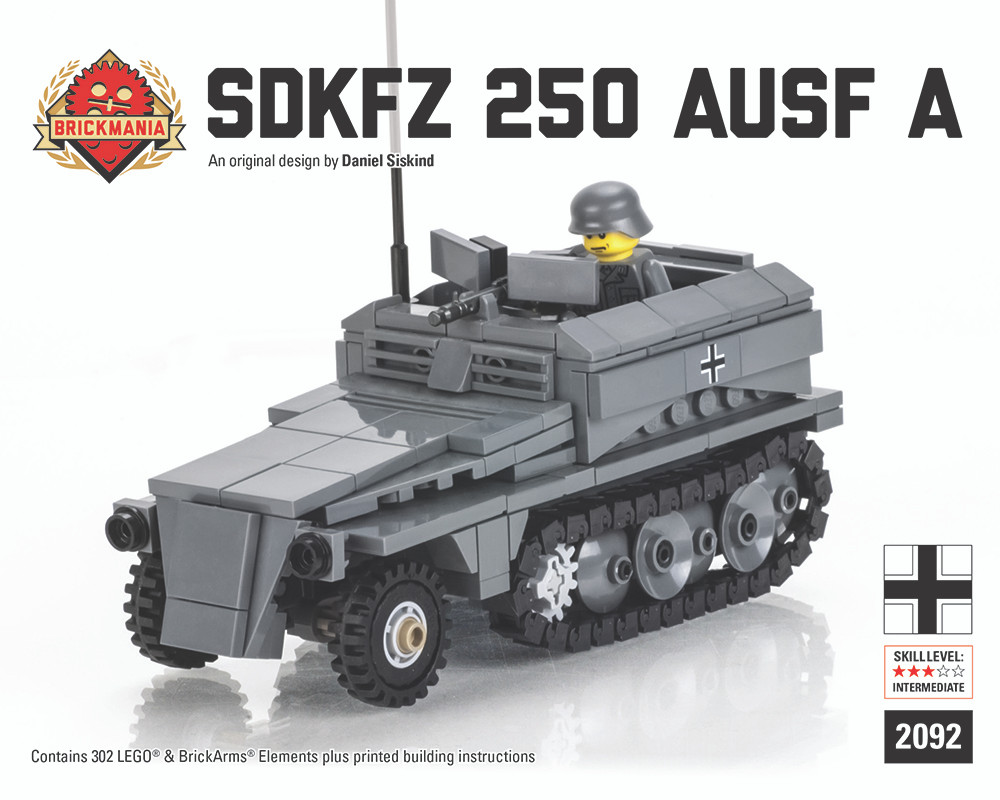 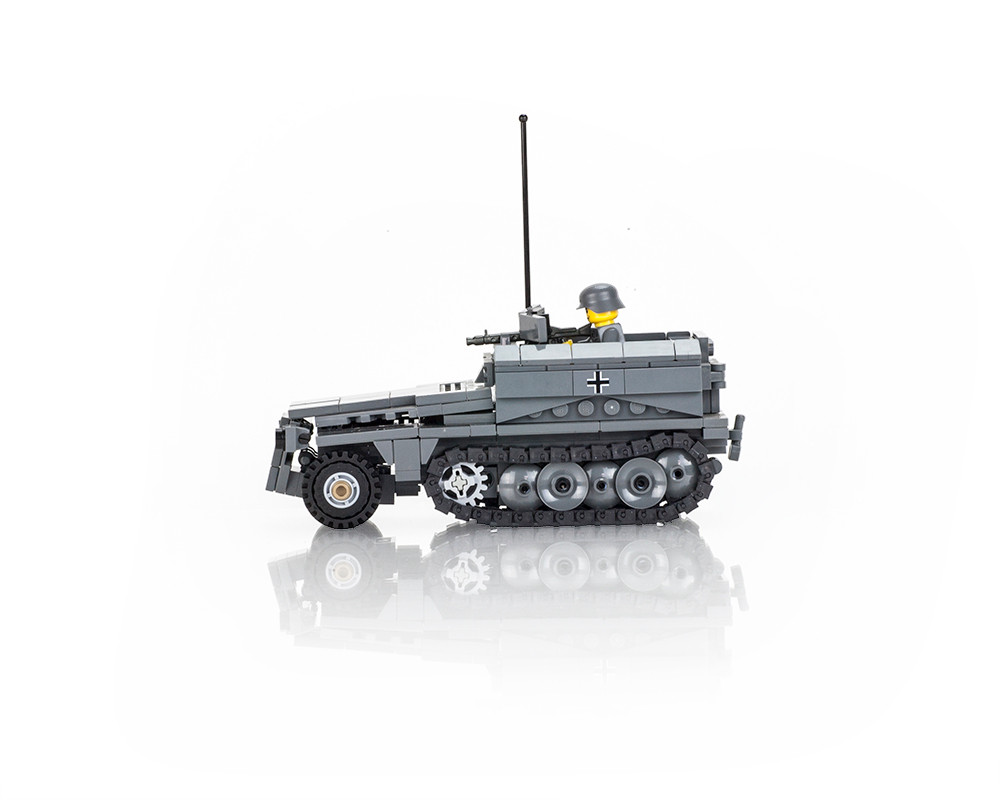 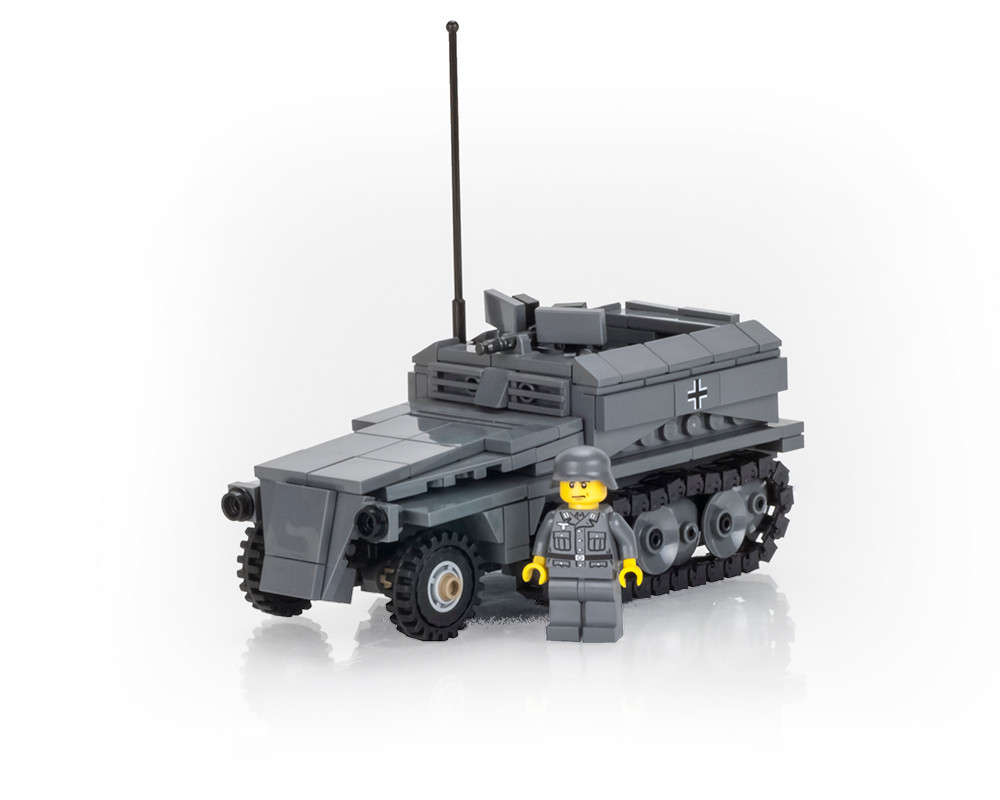 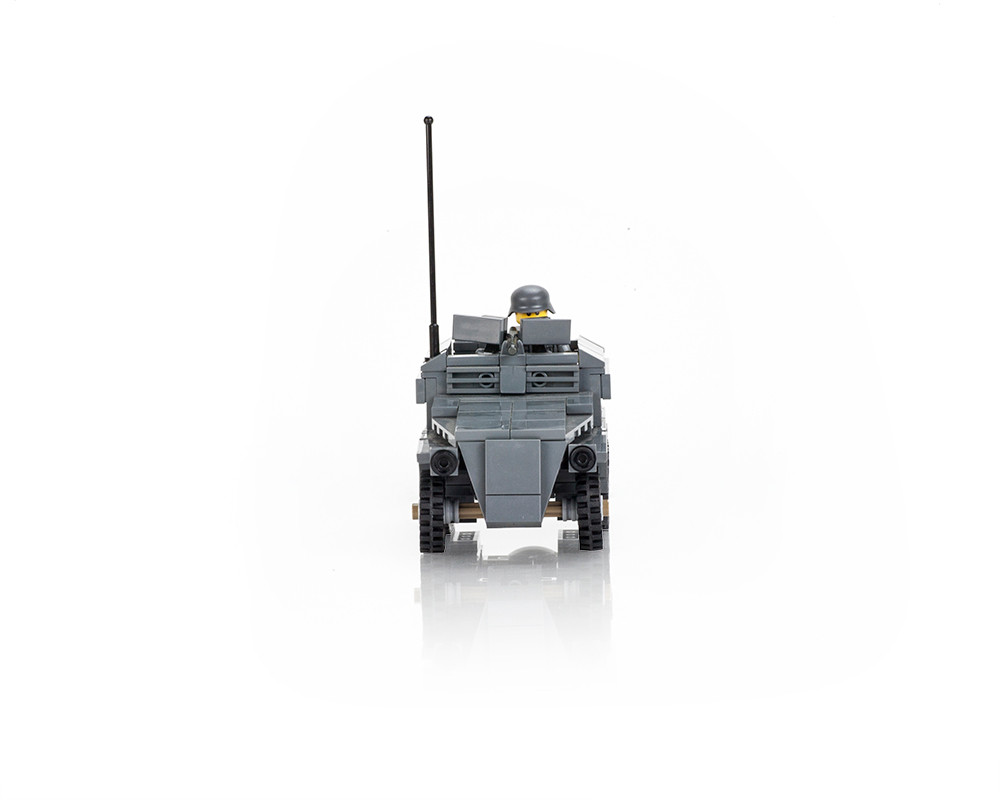 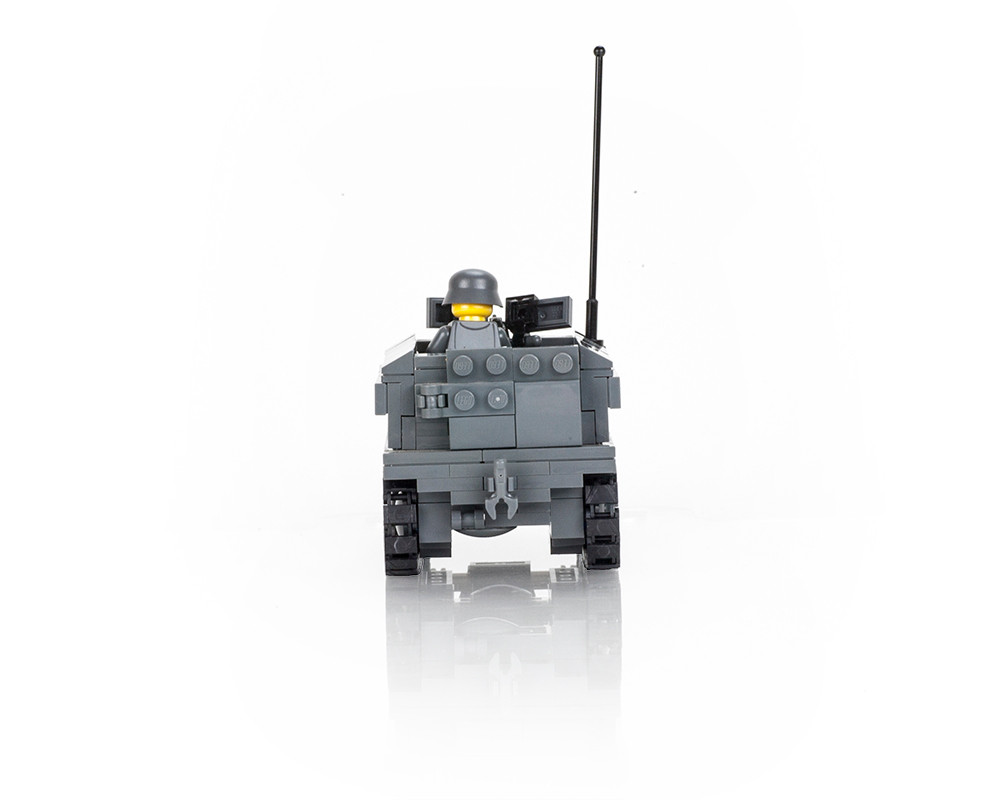 SdKfz 250 ausf A with Heer Soldier

The SdKfz 250 was a light armored troop-carrying halftrack used by Germany during World War II. Its angular shape was similar in appearance to the larger SdKfz 251 "Hanomag" halftrack. This smaller vehicle used where there was no need for larger halftrack, such as scouting, forward artillery observers, headquarters, communications, etc. The original Ausf A version featured a complex angled hull, open top crew compartment, a single entry door at the rear of the vehicle, and was armed with a single MG34 machine gun. The SdKfz 250 was just beginning to reach frontline units as the invasion of the Soviet Union began. Production of the SdKfz 250 would continue throughout the remainder of the war. Later versions would have a simplified hull shape as well as numerous variations of weapons systems, communications gear, etc. Over 6500 of the SdKfz 250 would be built before the end of the war. 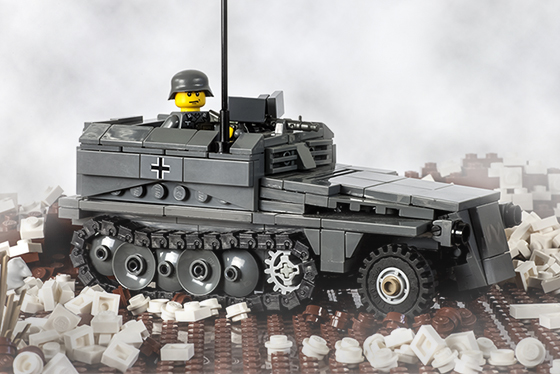 This Brickmania model kit is made from genuine unused LEGO, Brickmania and BrickArms elements and is shipped disassembled. Also included are full-color printed building instructions, signed certificate of authenticity, and is packaged in a sealed box. All Brickmania building kits are limited production and may be discontinued at any time.