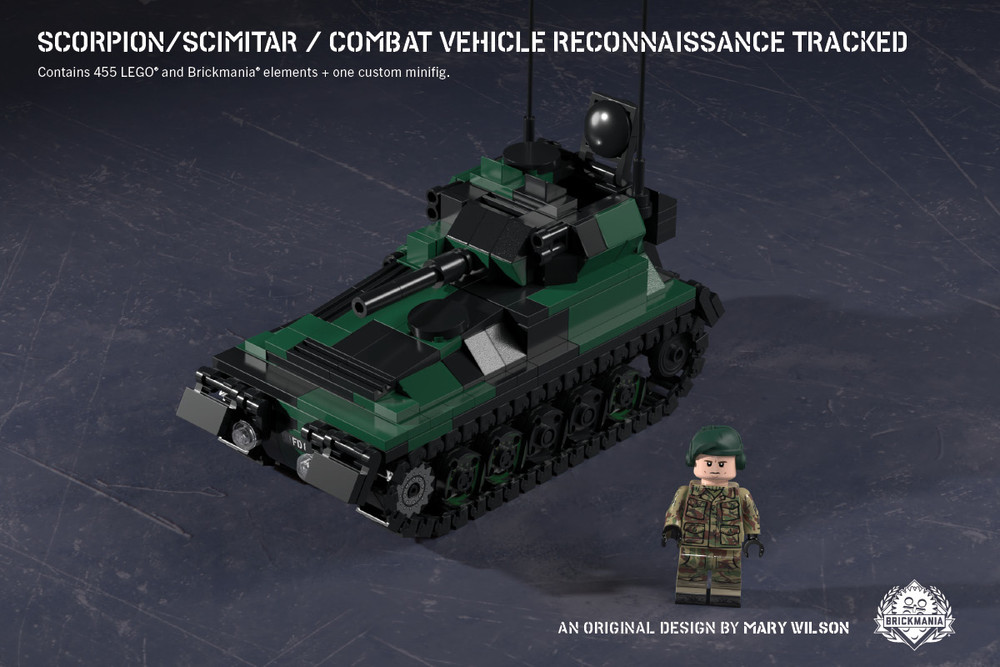 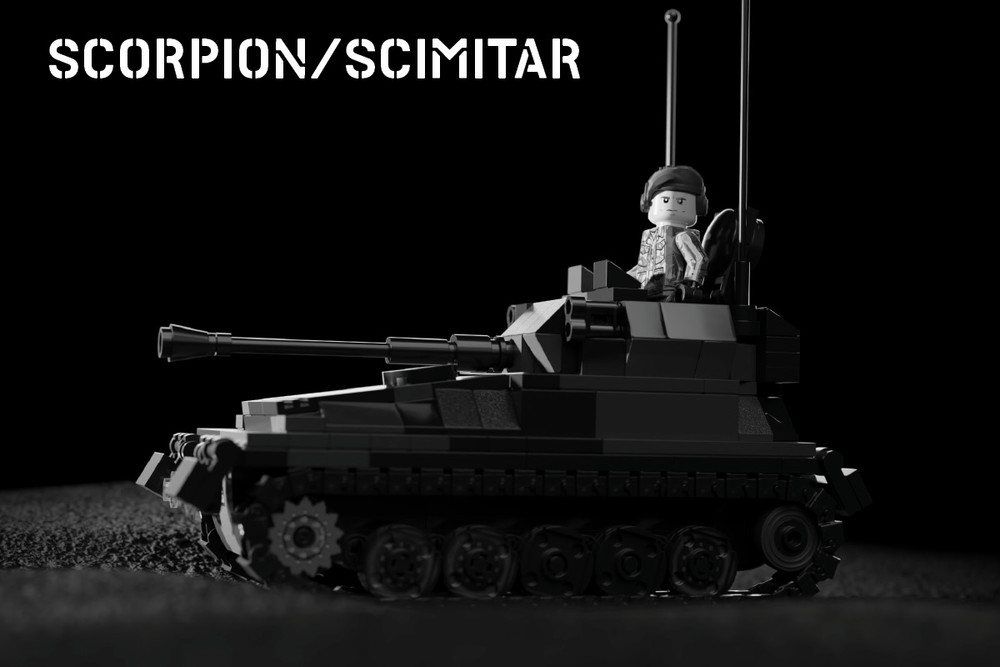 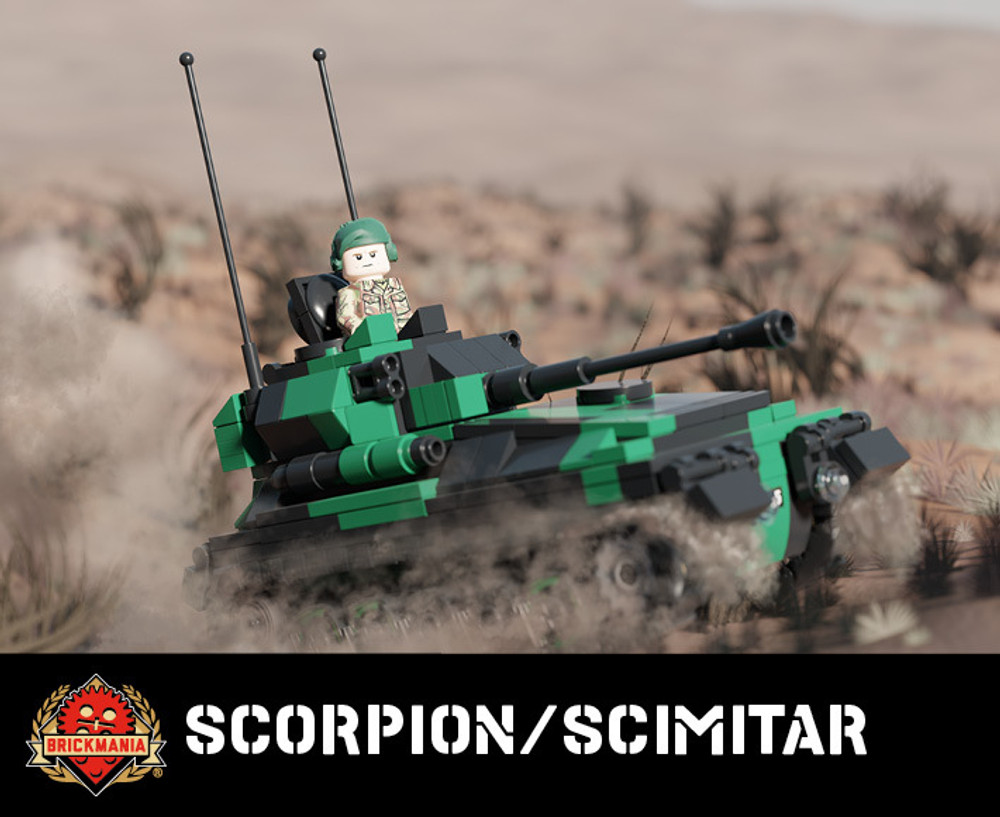 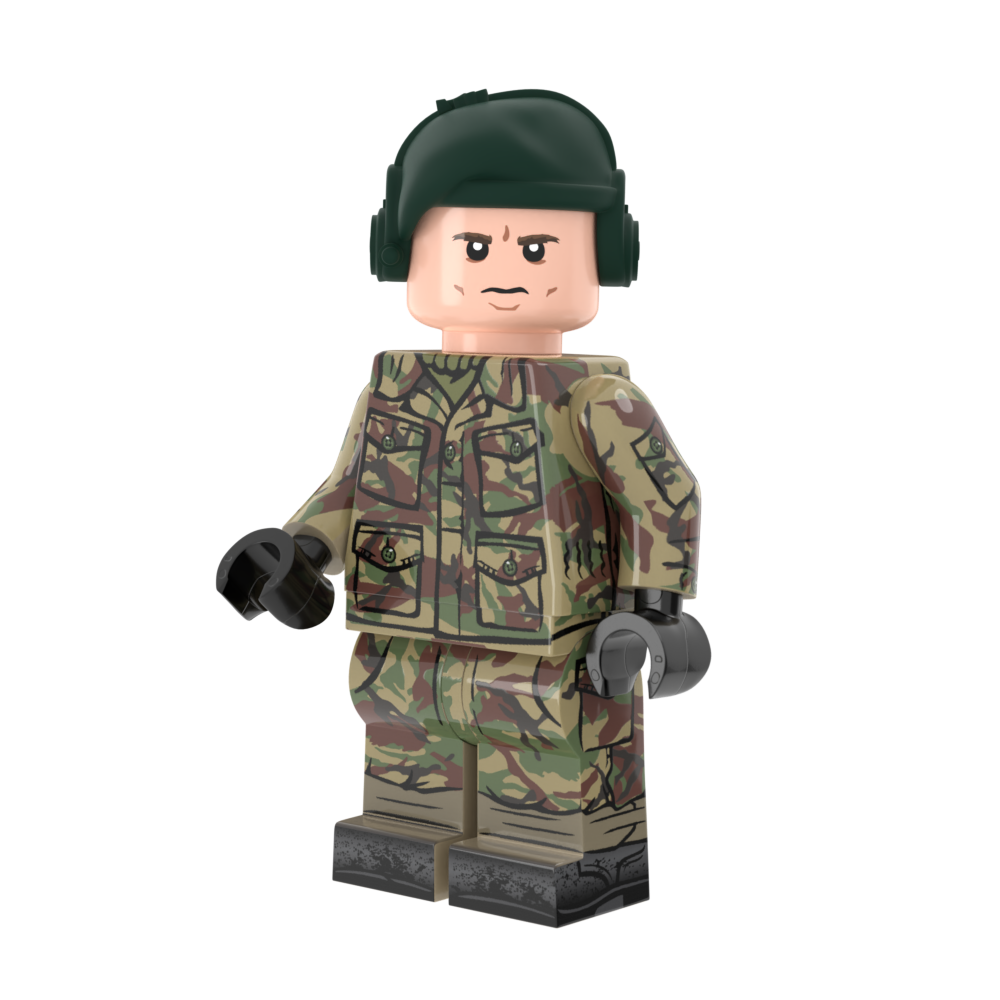 Entering service with the British military in the 1960s, the CVRT (Combat Vehicle Reconnaissance Tracked) was a series of light armored vehicles. The FV101 Scorpion and FV107 Scimitar fell under the CVRT umbrella and share the same body, suspension, and other main components as others in the CVRT family. These vehicles were meant to support armored and infantry units, as well as provide information in advanced scouting and reconnaissance missions. The main difference between the Scorpion and Scimitar is their armament. The Scorpion was outfitted with a 76mm cannon while the Scimitar used a 30mm L21A1 Rarden cannon. The Scimitar’s 30mm cannon proved to be more versatile and as such is still produced to this day.

Both the FV101 and FV107 have seen combat in the Falklands, the Gulf War, and more recently in Middle Eastern conflicts. During the Falkland campaign, four Scorpions and four Scimitars provided fire and infantry support during the offensive on Mount Longdon. Here, with the lack of heavy armor on either side, the Scorpions and Scimitars took on the “tank” role and spearheaded the assault. Adding to various legends surrounding the Falklands War, it is rumored that a Scimitar hit an Argentinian Skyhawk at 1,000 meters. 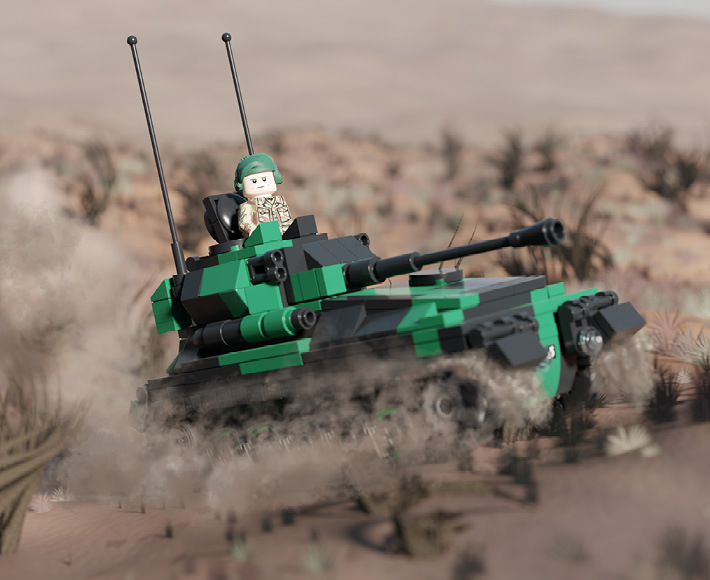 This model offers two design options, with bricks and instructions to build either the Scorpion or Scimitar. No stickers – all details are custom printed. Play features include smooth rolling tracks, a posable/rotating weapon systems turret, and opening top hatches. Also featured is a custom Falklands War British Tanker minifig.