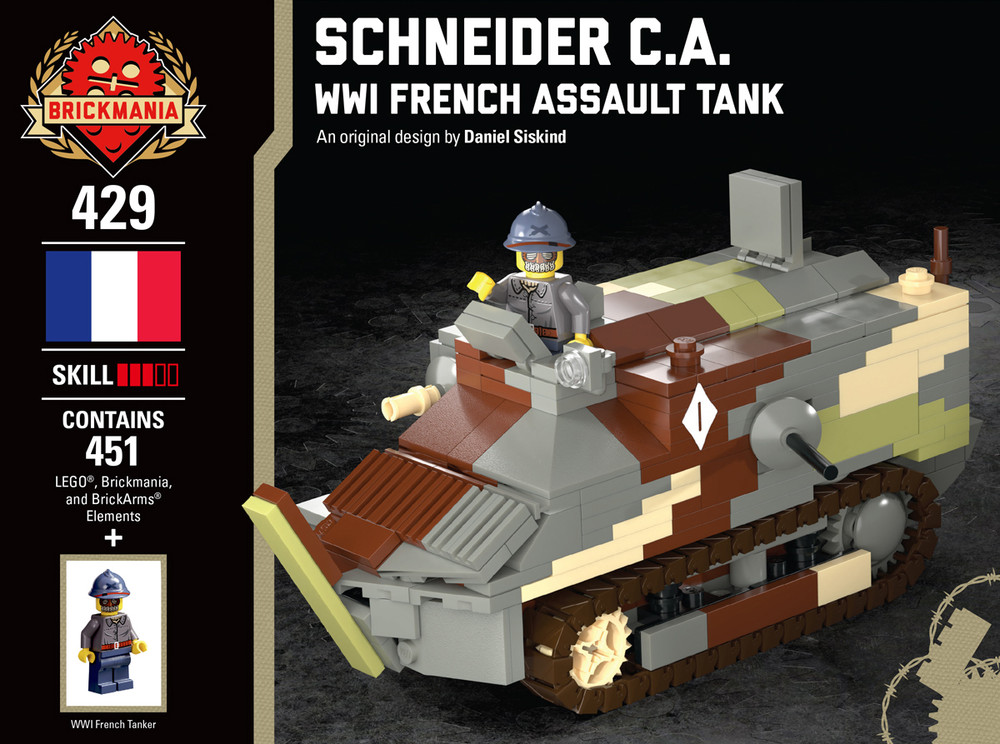 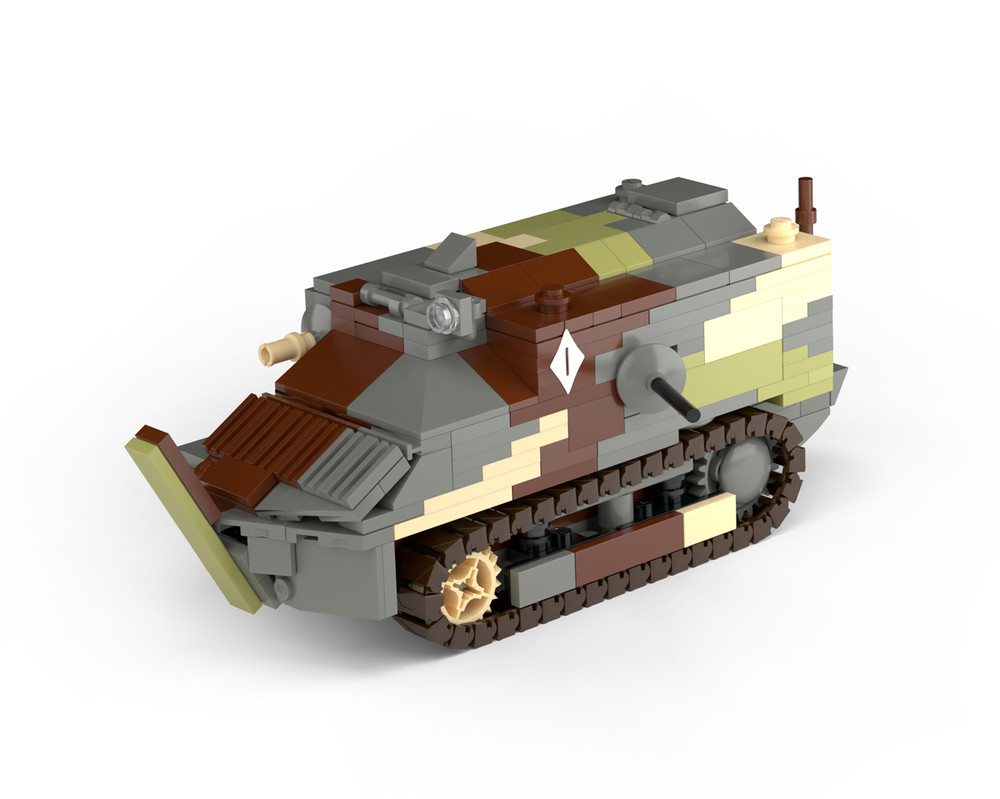 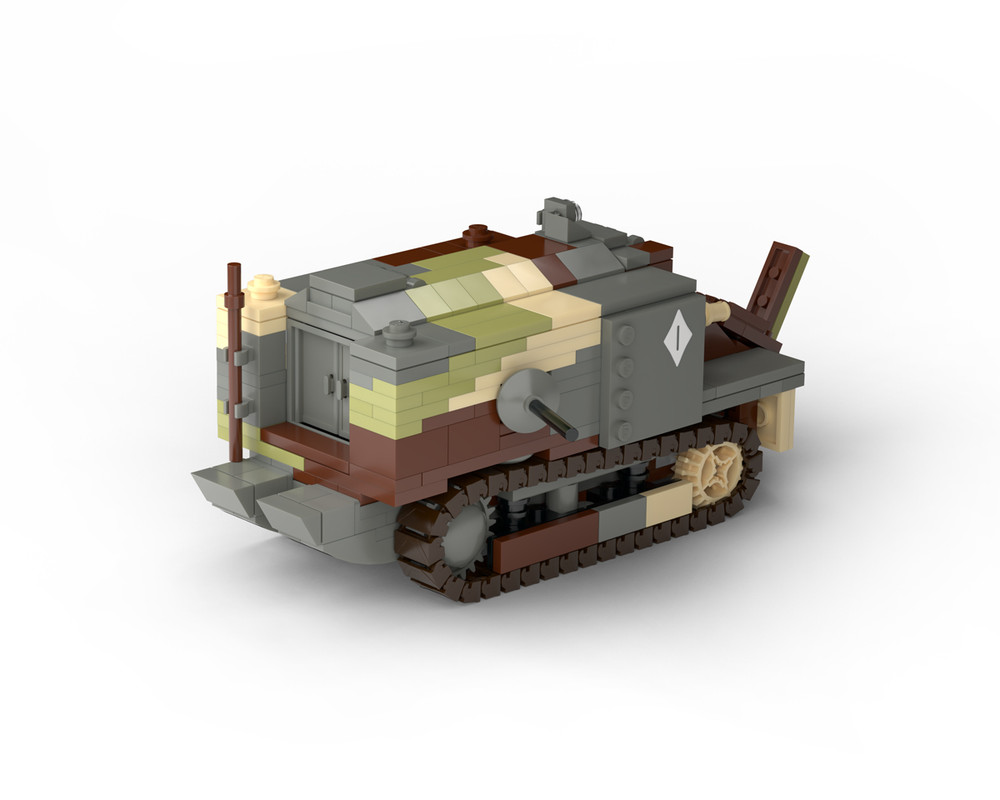 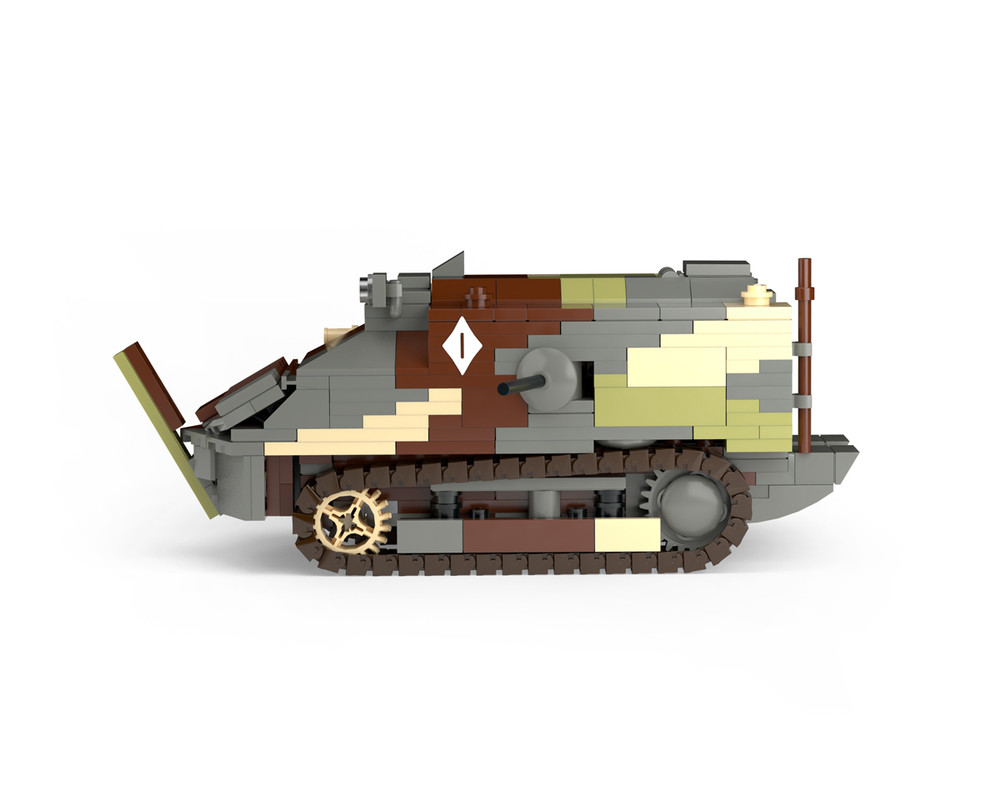 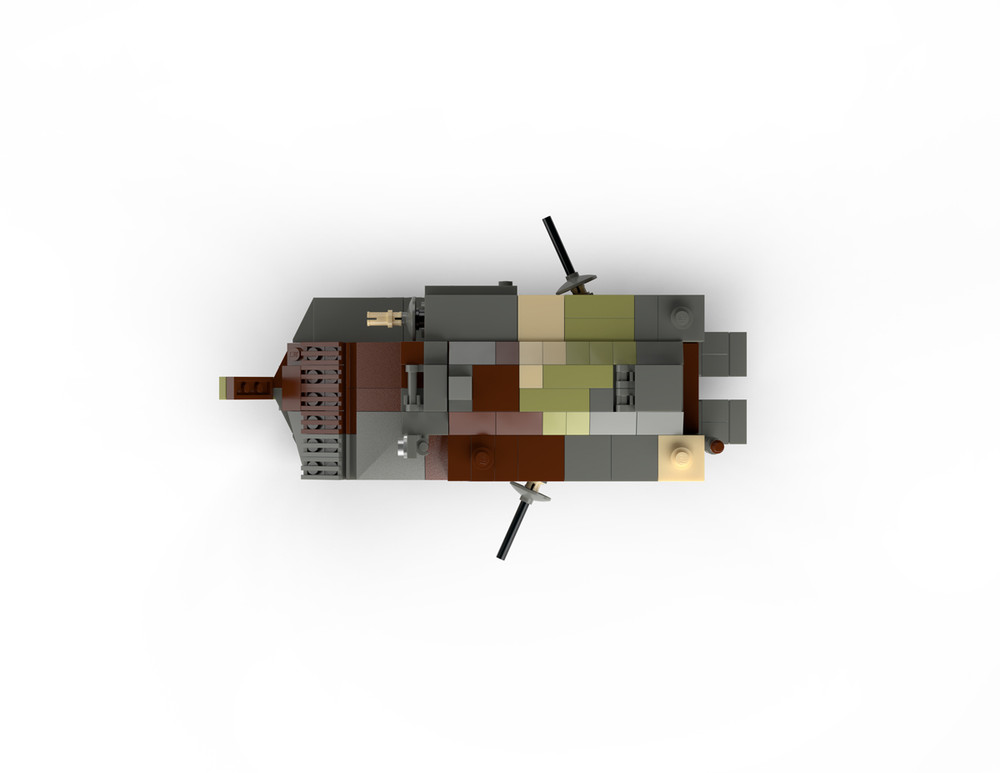 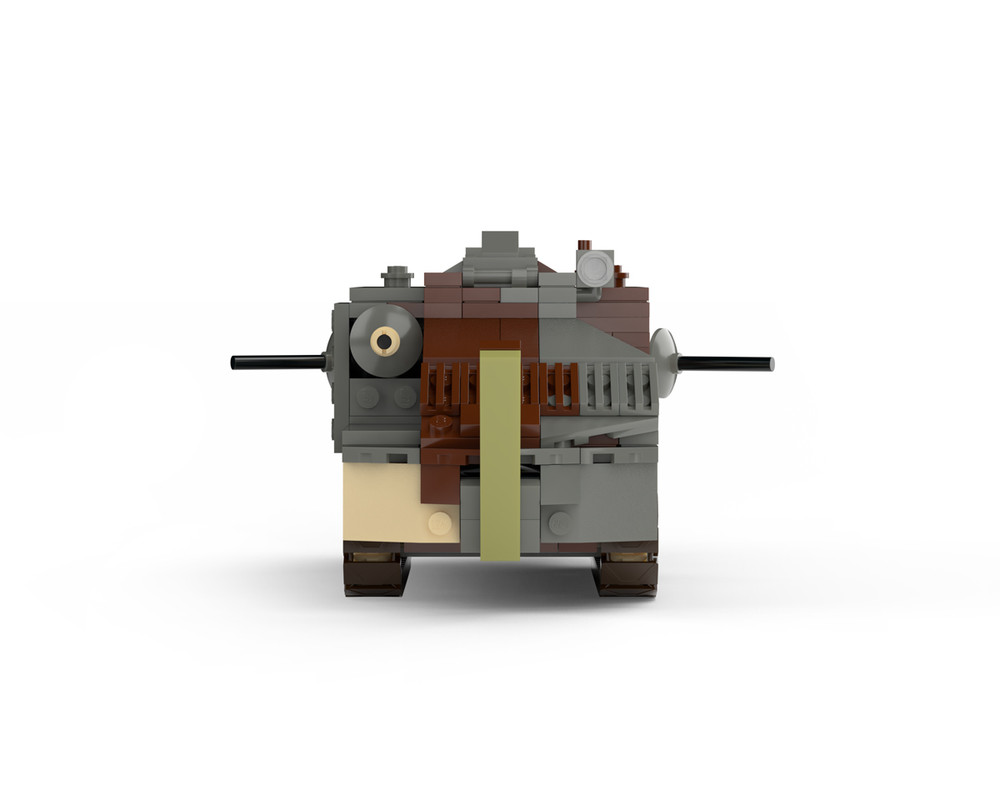 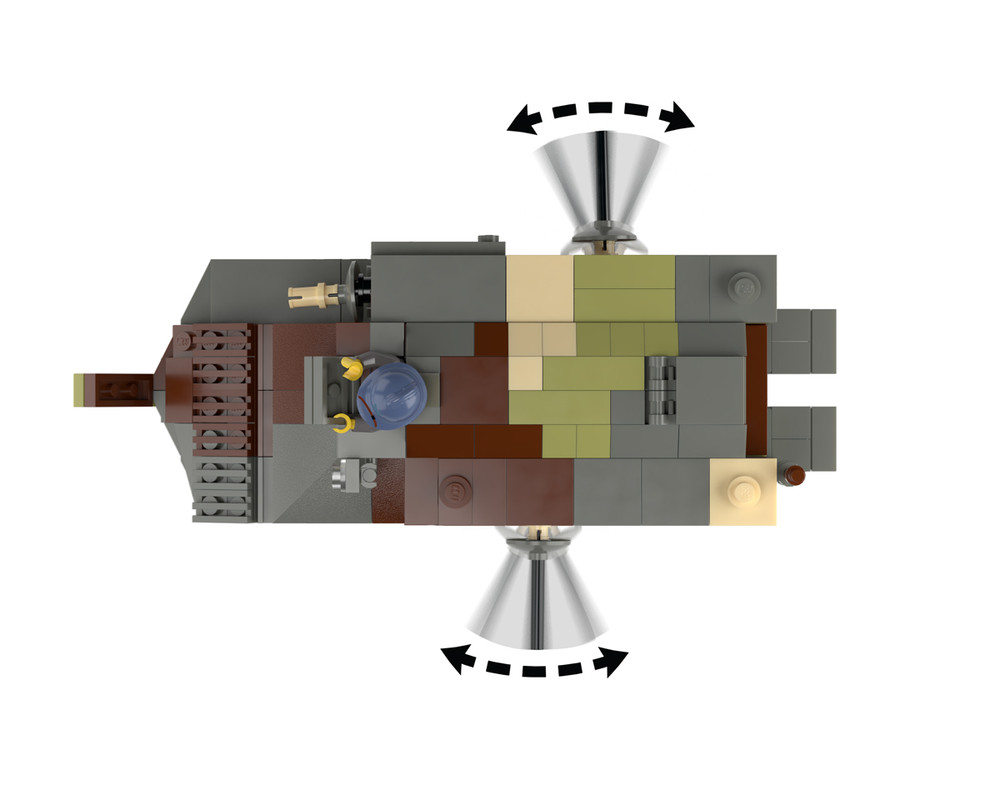 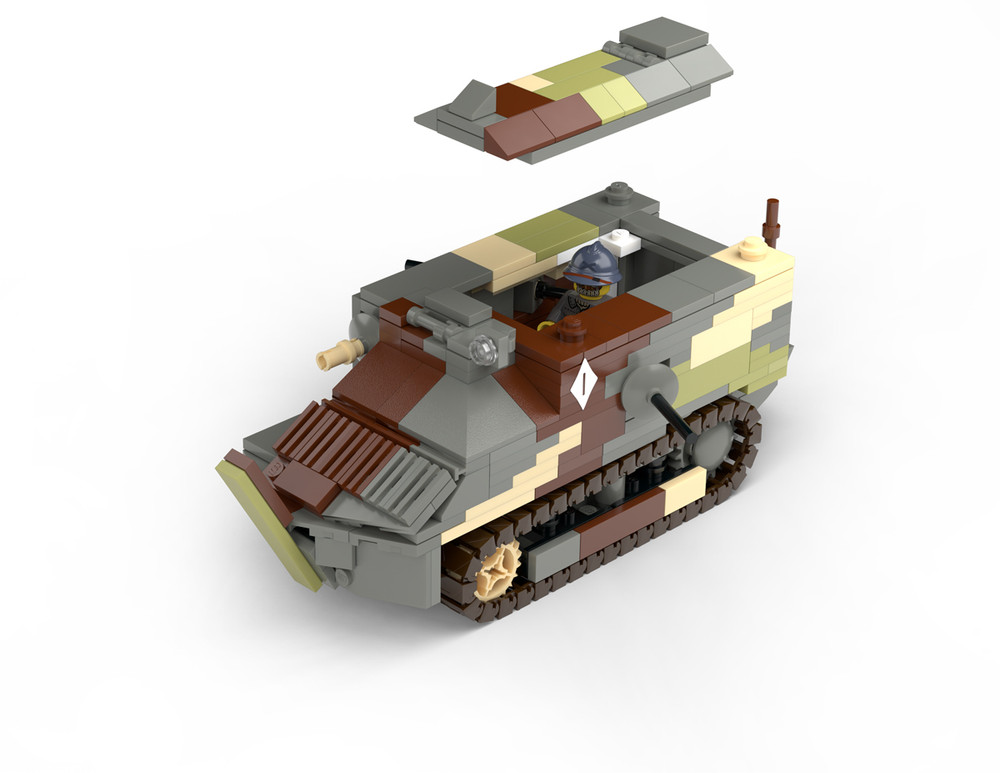 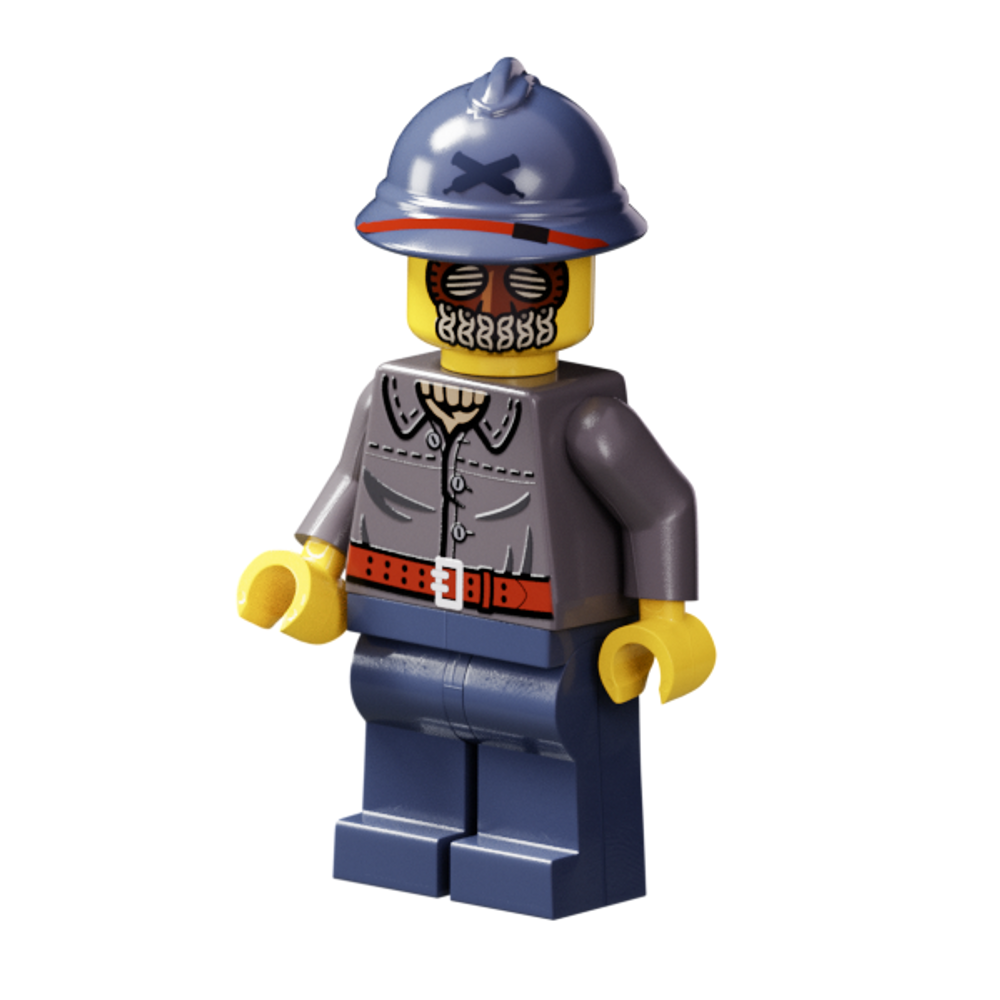 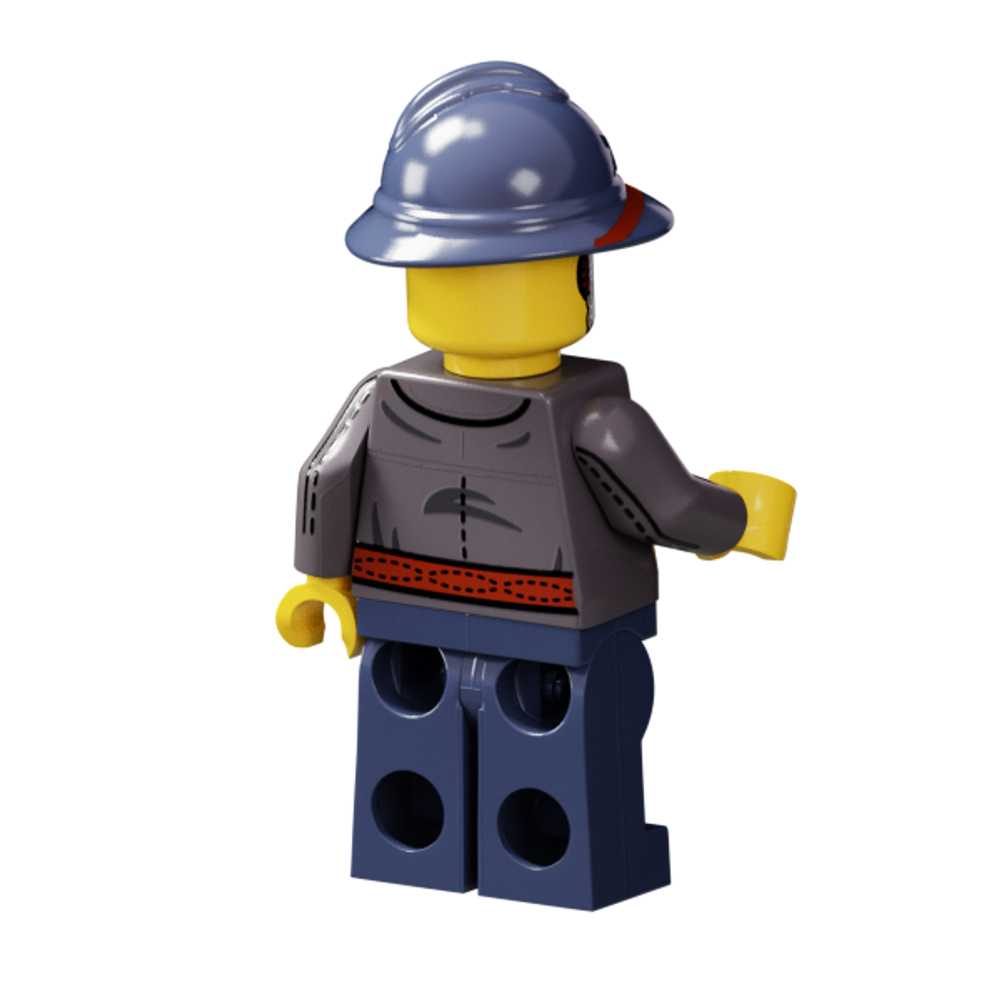 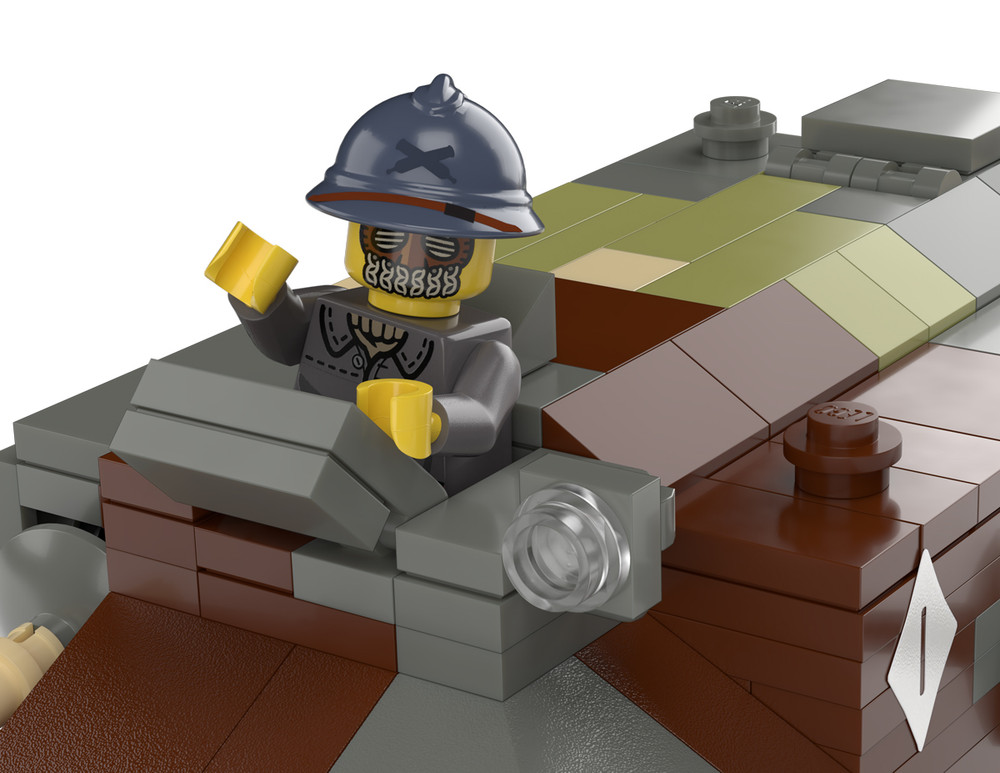 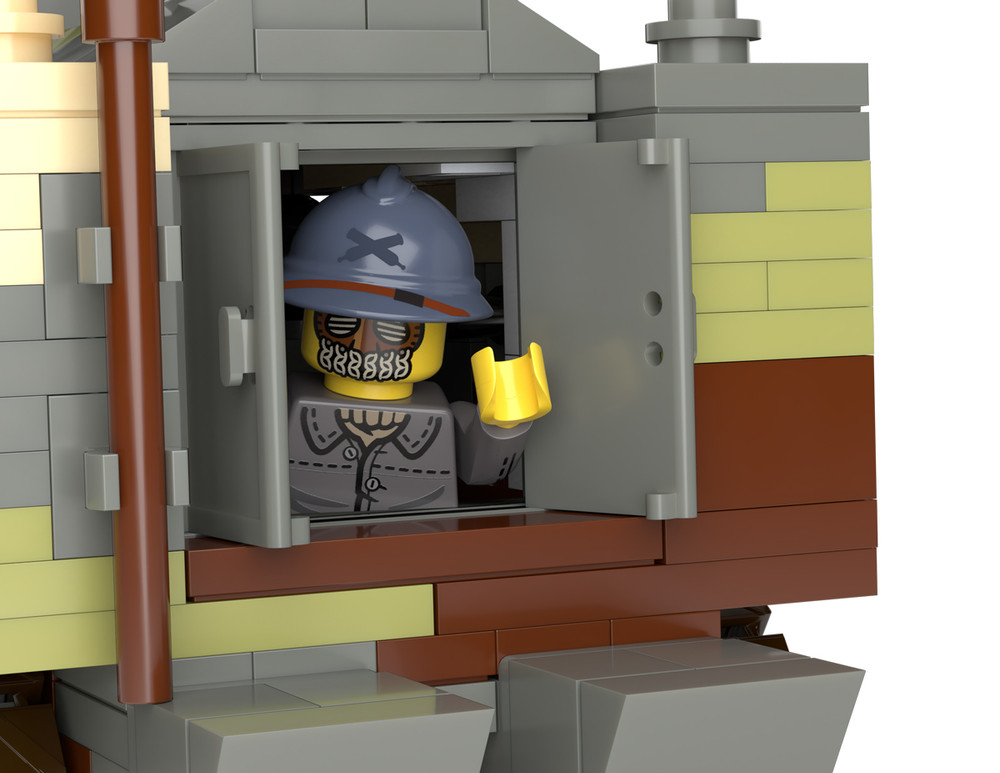 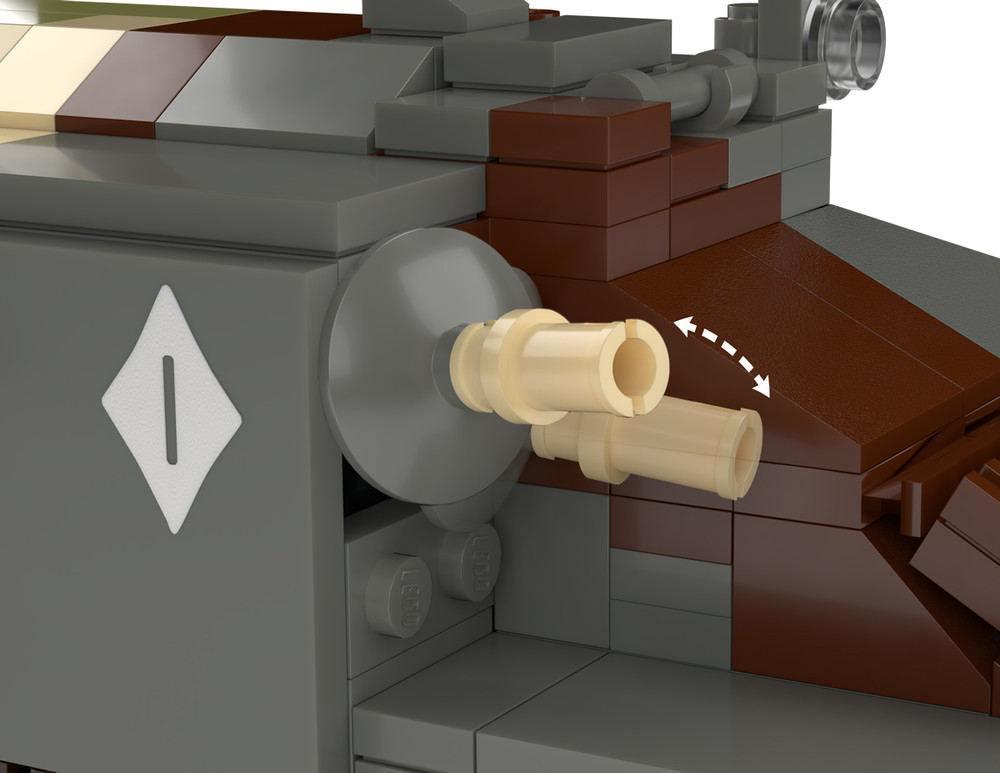 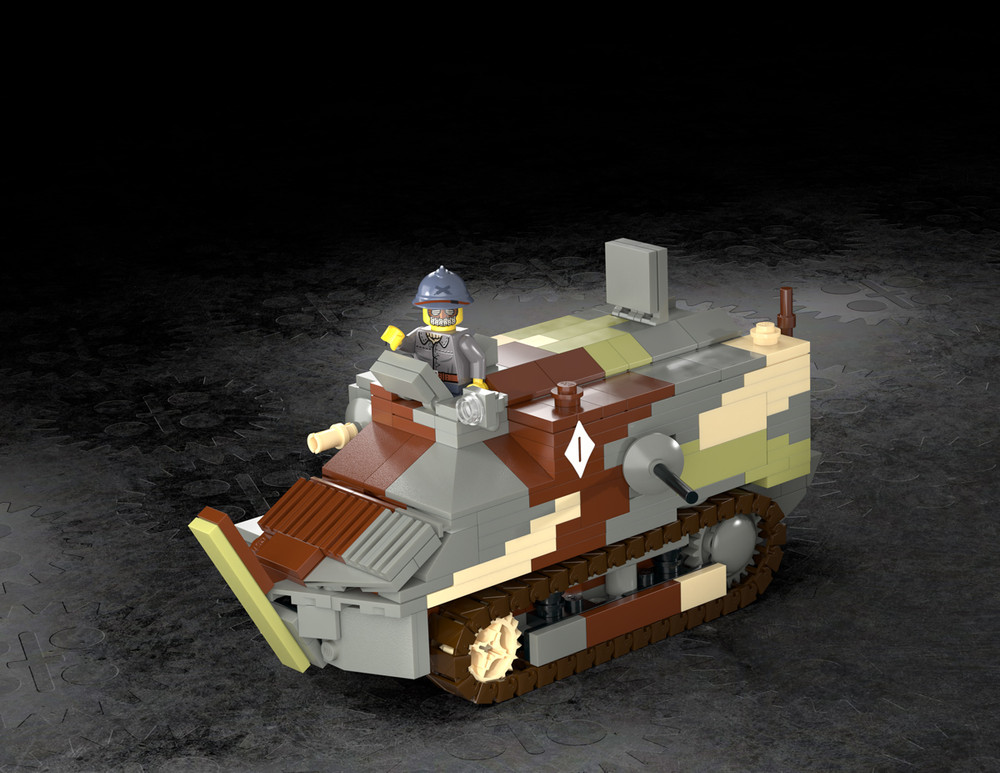 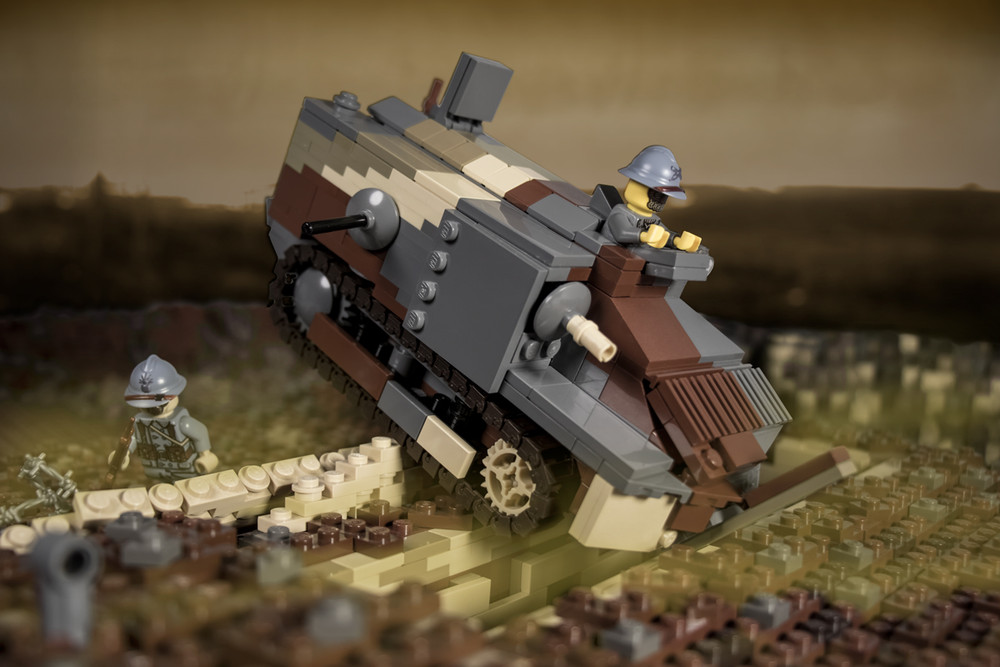 In contrast with the sleek design and sophistication of modern tanks, tanks such as the Schneider C.A. (char d’assaut) may seem like something from another world. Early tank designs were simple in nature, often resulting in the boxy shapes seen during the First World War. The first tank designers were primarily concerned with trench-crossing and obstacle-clearing. Little thought was given to other features of the tank. Keeping this in mind, the Schneider was essentially an armored box on an unmodified Holt tractor suspension with a large, vertical “skid” on the front to help the tank cross trenches.

Like many first tank models, the Schneider performed poorly and suffered from several design flaws. Although equipped with the skid, the Schneider still struggled to cross the ever-widening trenches, getting stuck and becoming an easy target. First designs placed the fuel tanks on the front and provided them with inadequate armor. A single German round could cause the fuel tanks to erupt in flames.

Although the tank was retrofitted with more armor plating and the fuel tanks were moved to the rear, the Schneider was soon being replaced by tanks that performed better in no man’s land, such as the Renault FT 17. They were largely phased out of service soon after their debut in the Chemin des Dames offensive of April 1917. Of the 132 units available, only 56 survived the assault. The rest were either destroyed or had broken down. Several had penetrated German lines, but their lack of infantry support forced them to retreat. After the battle, the Schneider was largely withdrawn from major engagements and used for training or other purposes. 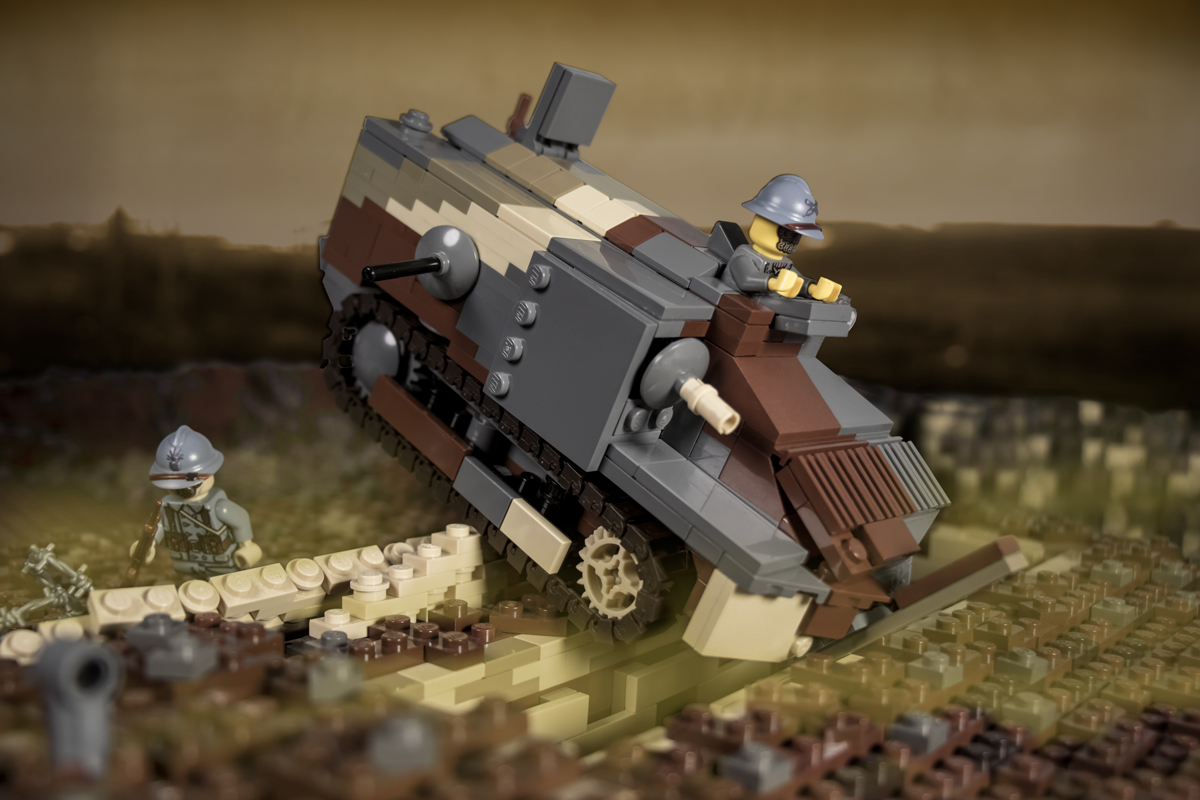