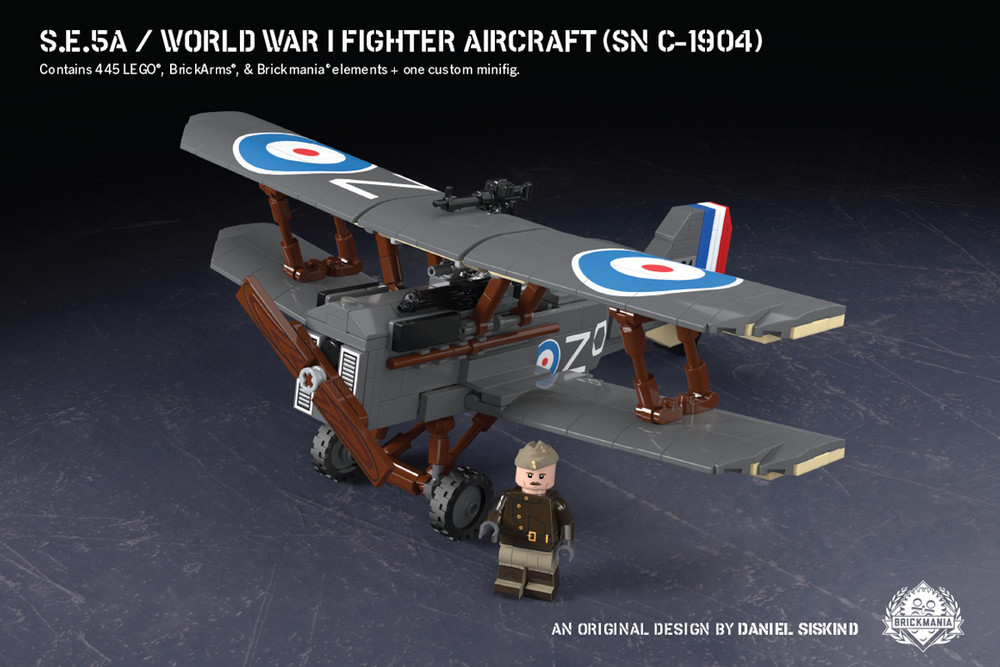 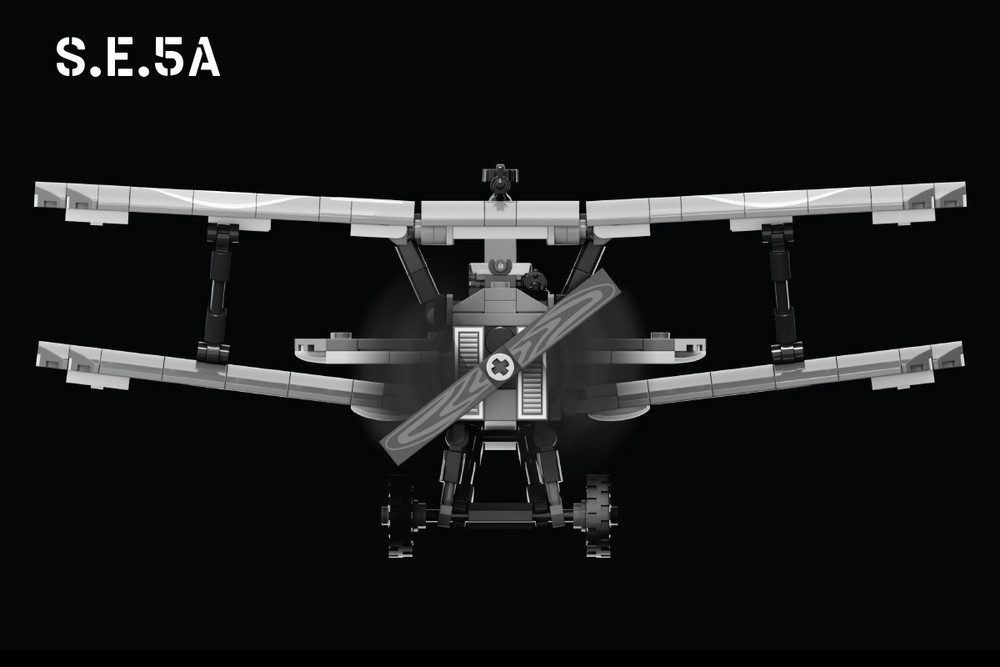 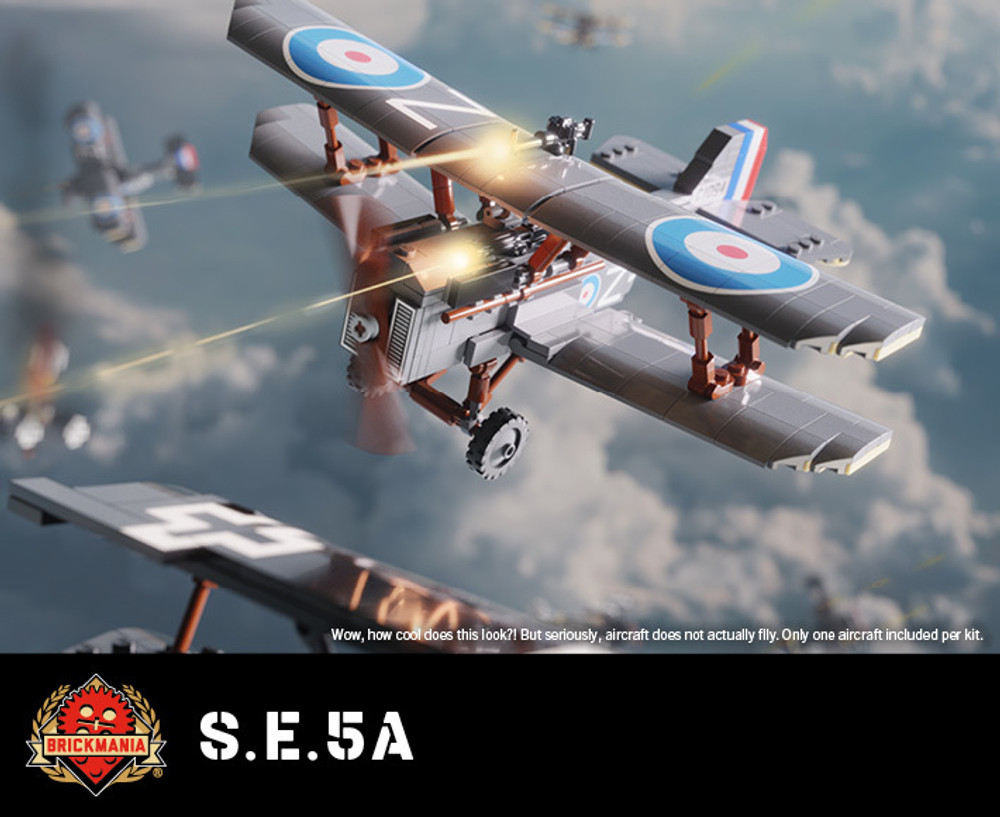 One of the most influential aircraft of World War I, the S.E.5a (Scout Experimental 5) British twin-gunned fighter made its first flight on November 22, 1916. With a speed of 138 mph, the S.E.5a was one of the fastest aircraft to fight in the war. It was also an incredibly stable craft making it very accurate, however it lacked maneuverability hindering its ability as a dogfighter. The plane’s wing-mounted Lewis gun allowed the pilot to fire at an enemy aircraft from below, while the synchronized Vickers machine gun served as the craft’s direct attack platform. The S.E.5a entered service in June 1917 and was still in production at the end of the war. 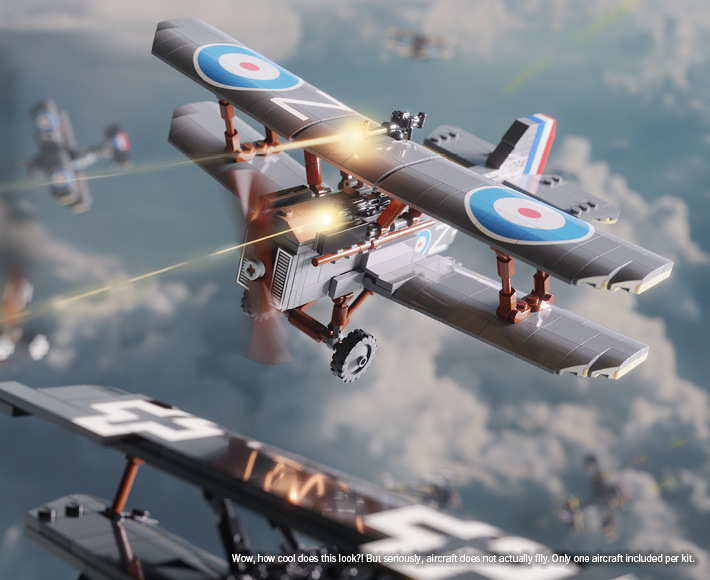 The S.E.5a kit features a sturdy bi-wing design that is accurate to the true nature of the aircraft while remaining swooshable. Featured BrickArms include a synchronized Vickers machine gun and wing-mounted Lewis gun as well as a custom designed "Billy" Bishop minifig. Details include printed elements and a sticker sheet. Play features include working elevators and a spinning prop.