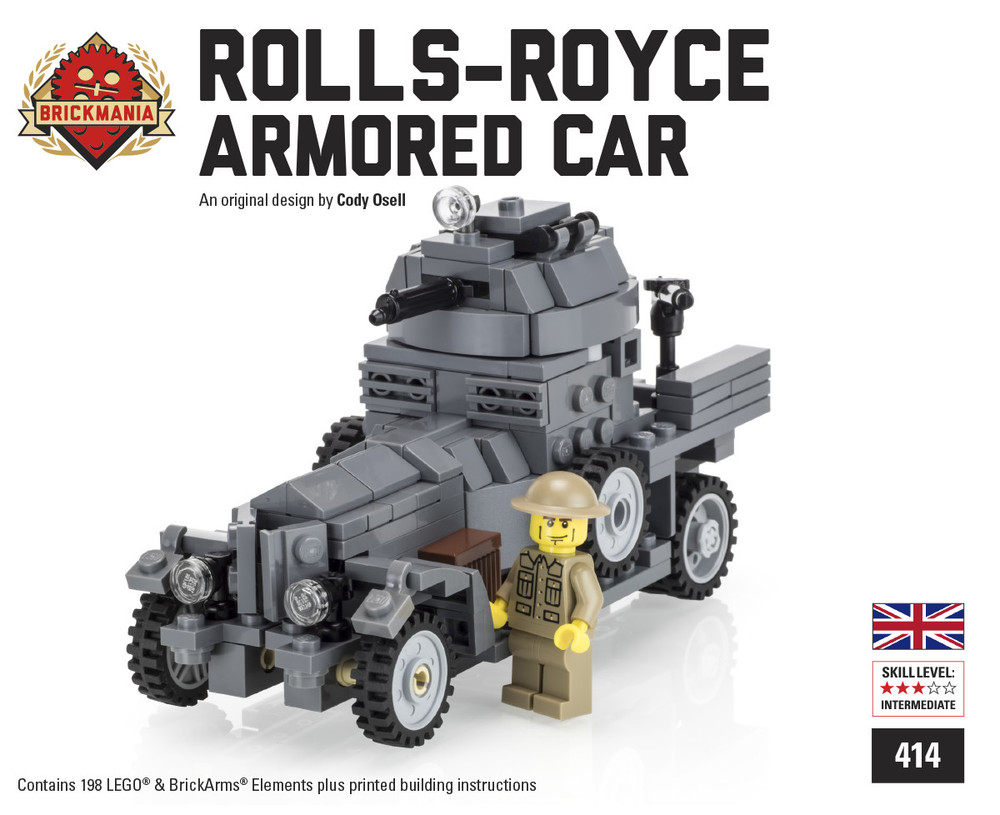 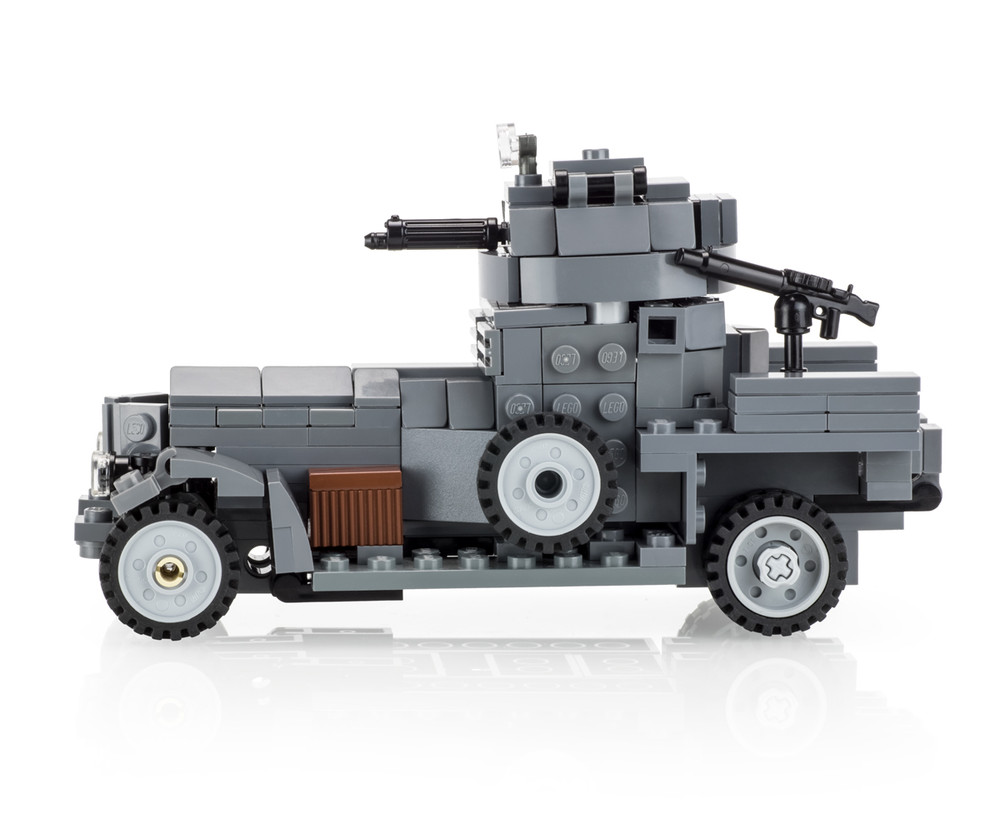 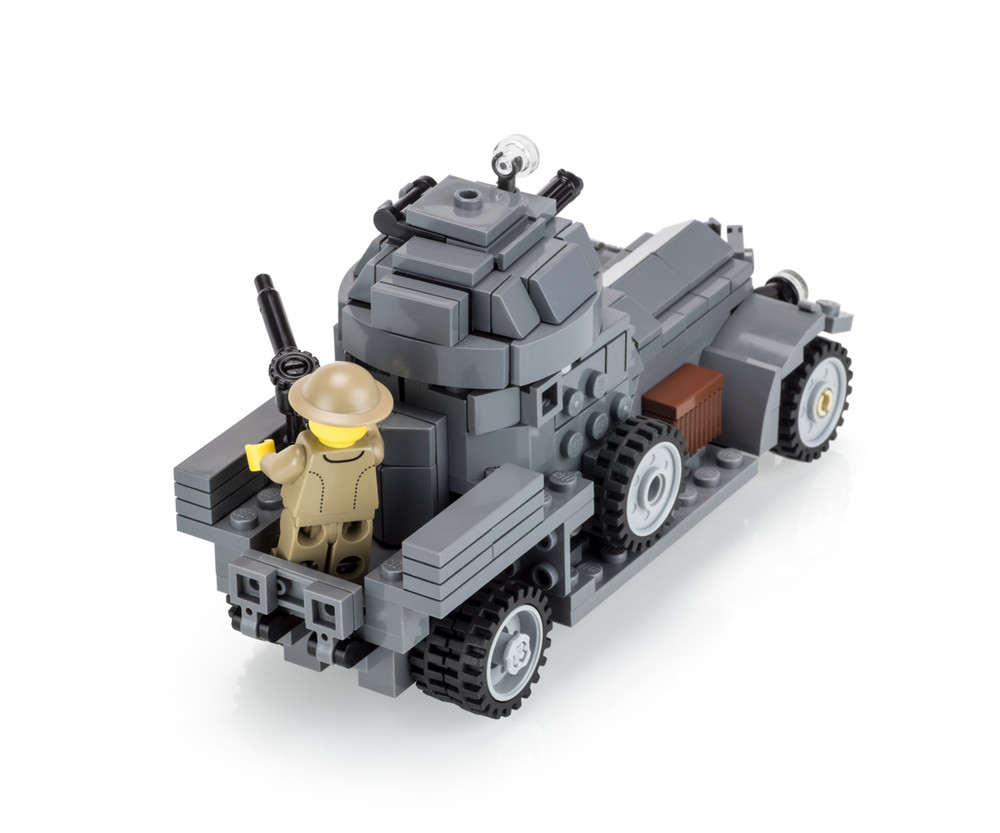 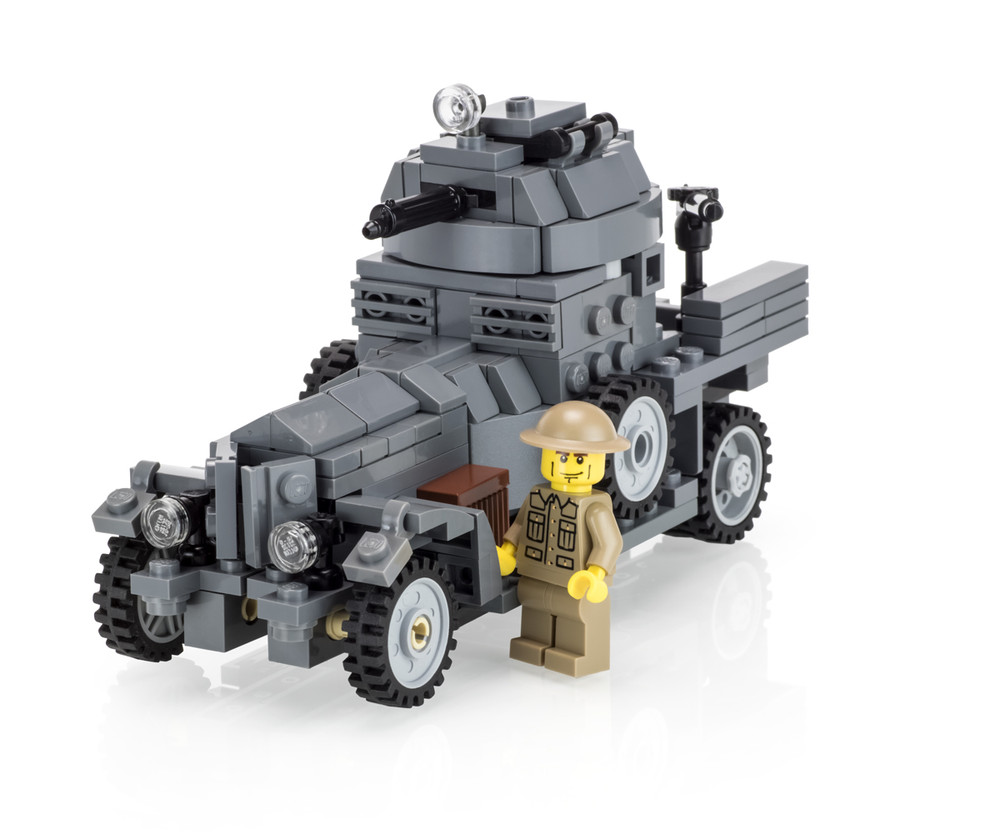 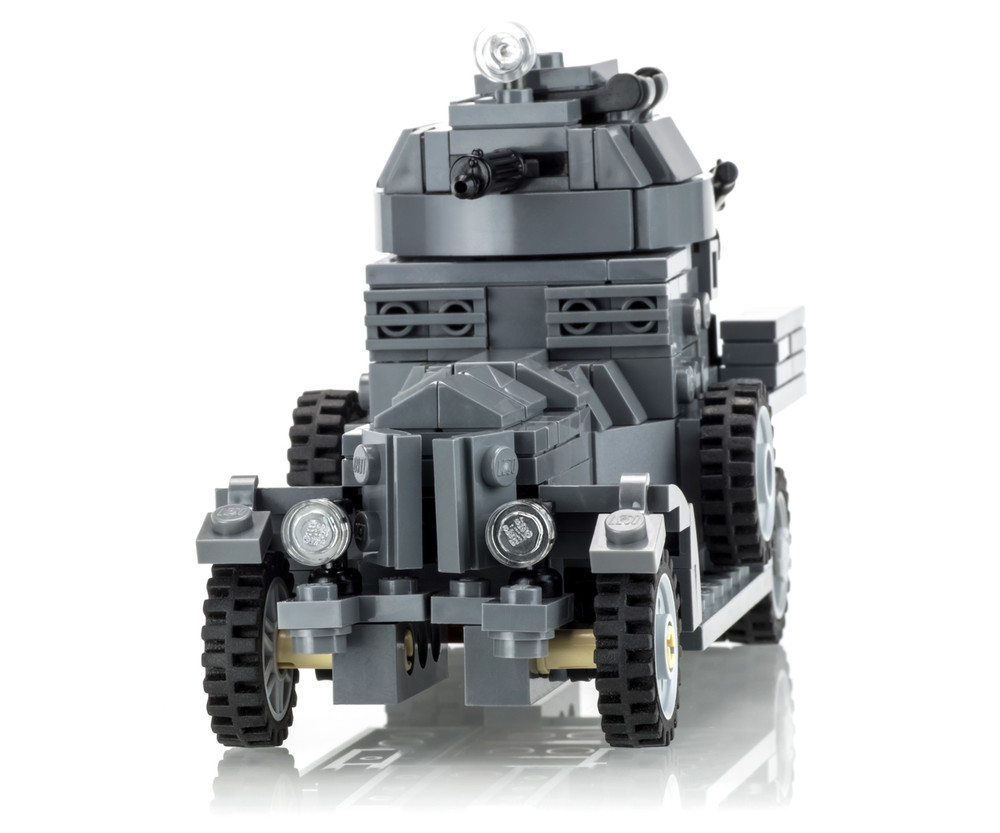 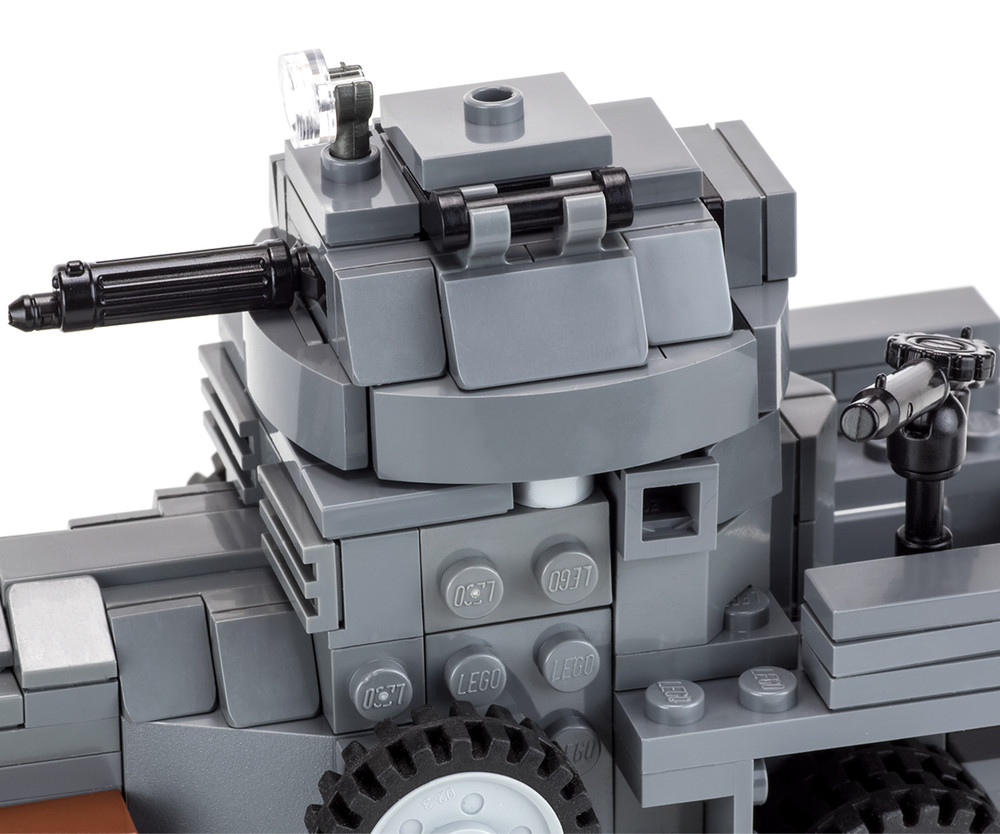 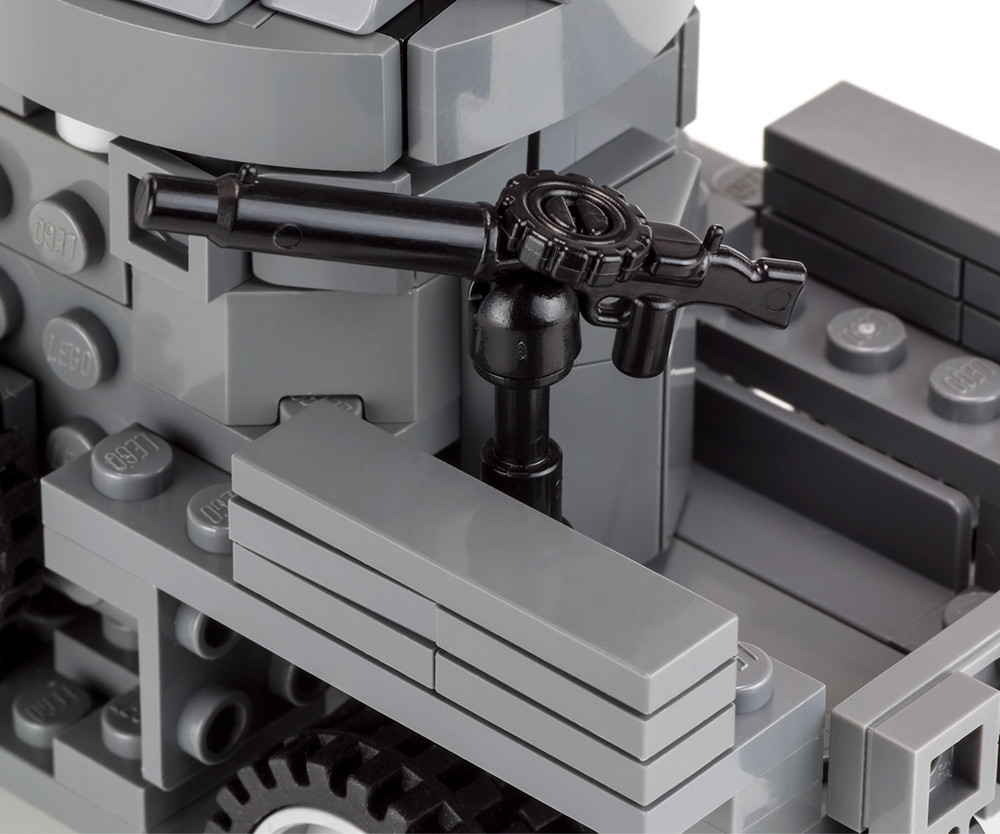 About the Rolls-Royce Armored Car:

The outbreak of the Great War (World War I) in Europe saw the use of new technologies on the battlefield – machine guns, barbed wire, and aircraft. Among these new technologies was the Rolls Royce Armored Car. Beginning with the “Silver Ghost” open-top model, the Rolls Royce Armored Car went through several improvements including a fully covered top and commander cupola.

It was soon discovered that the Rolls Royce was not well-suited for the muddy and uneven terrain of the Western Front. Many were deployed to the Eastern Front and used against Turkish forces by T.E. Lawrence (Lawrence of Arabia), who is quoted as saying that his squadron of armored cars were “worth more than rubies”.  These vehicles allowed Lawrence to disrupt Turkish supply lines and conduct hit-and-run operations against the Turkish military. These tactics were later noted by other desert commanders such as Field Marshal Erwin Rommel.