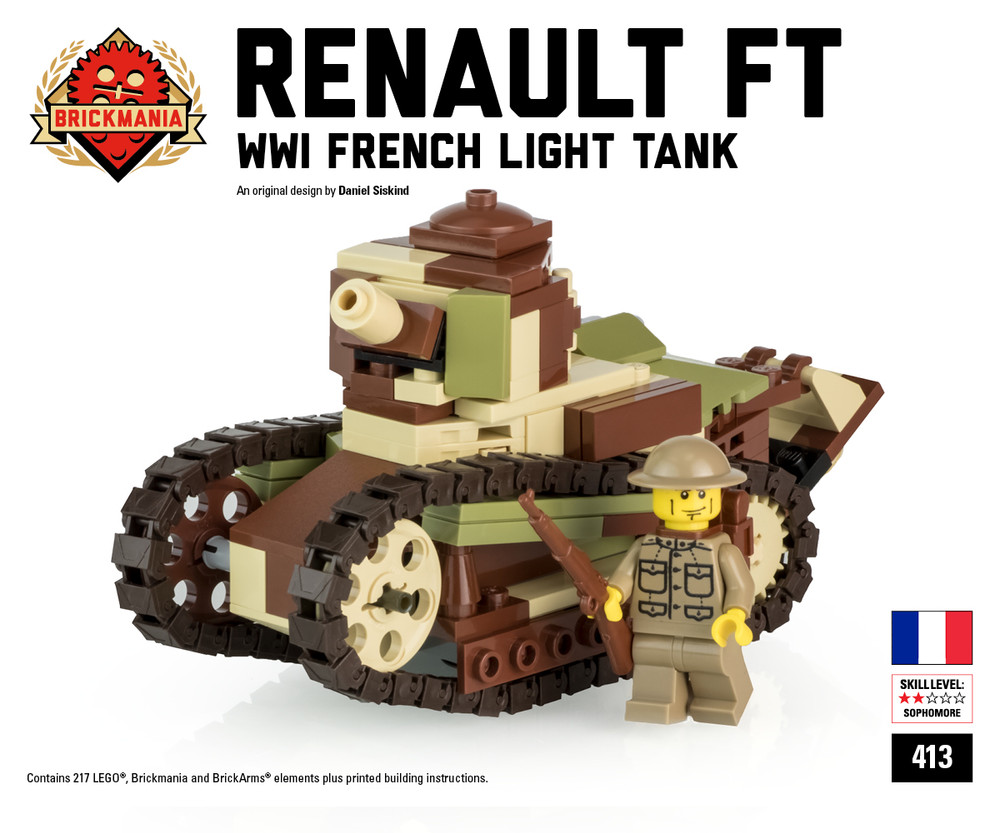 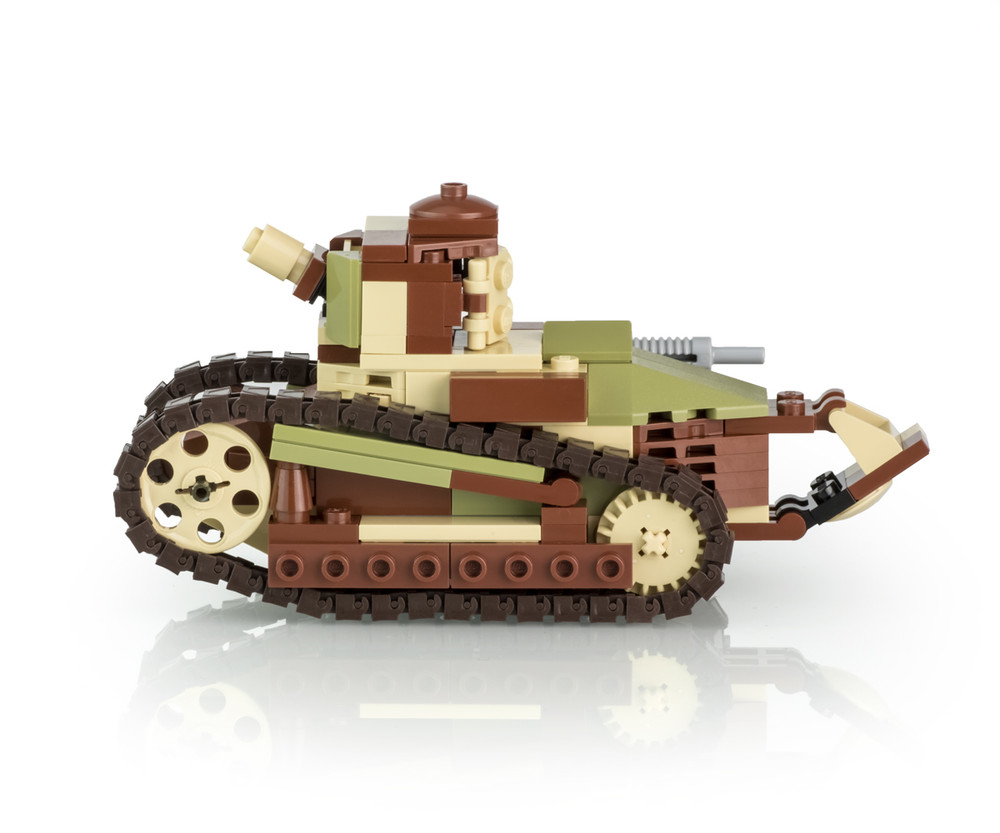 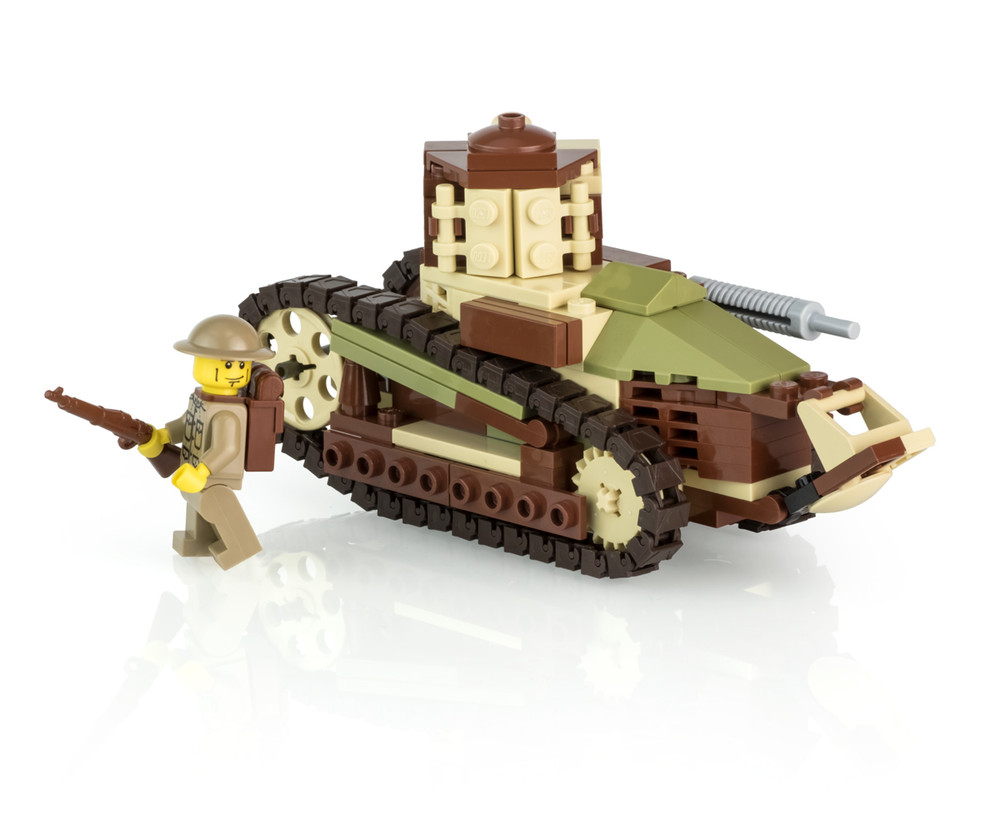 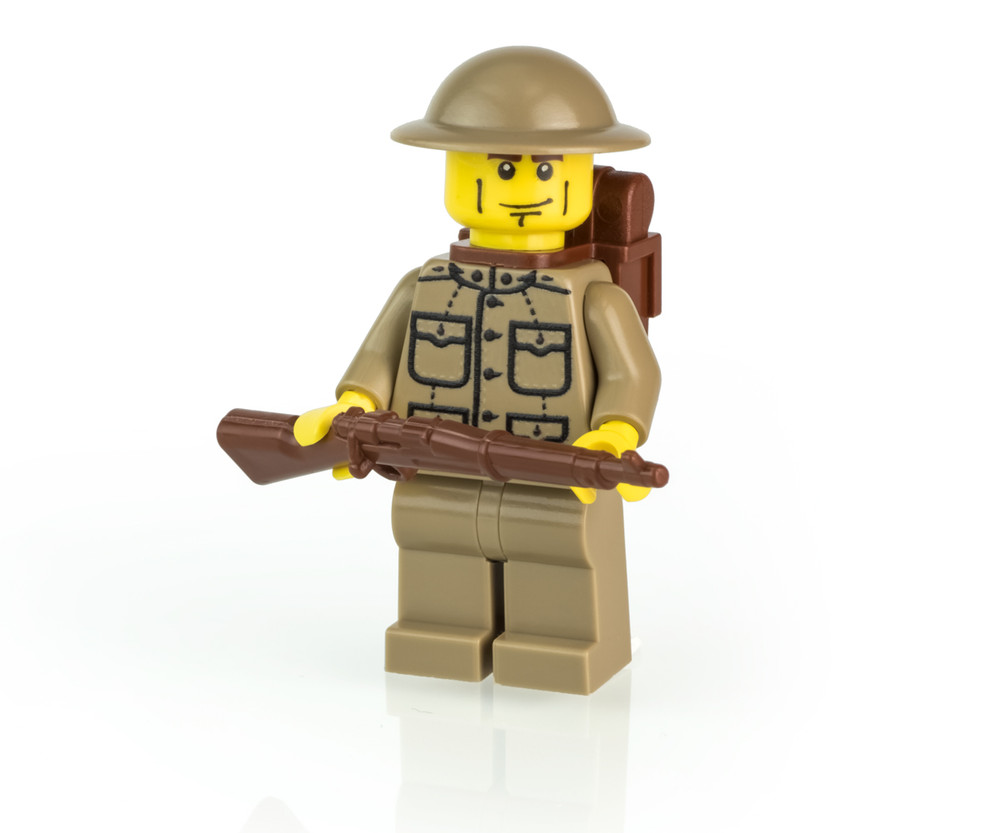 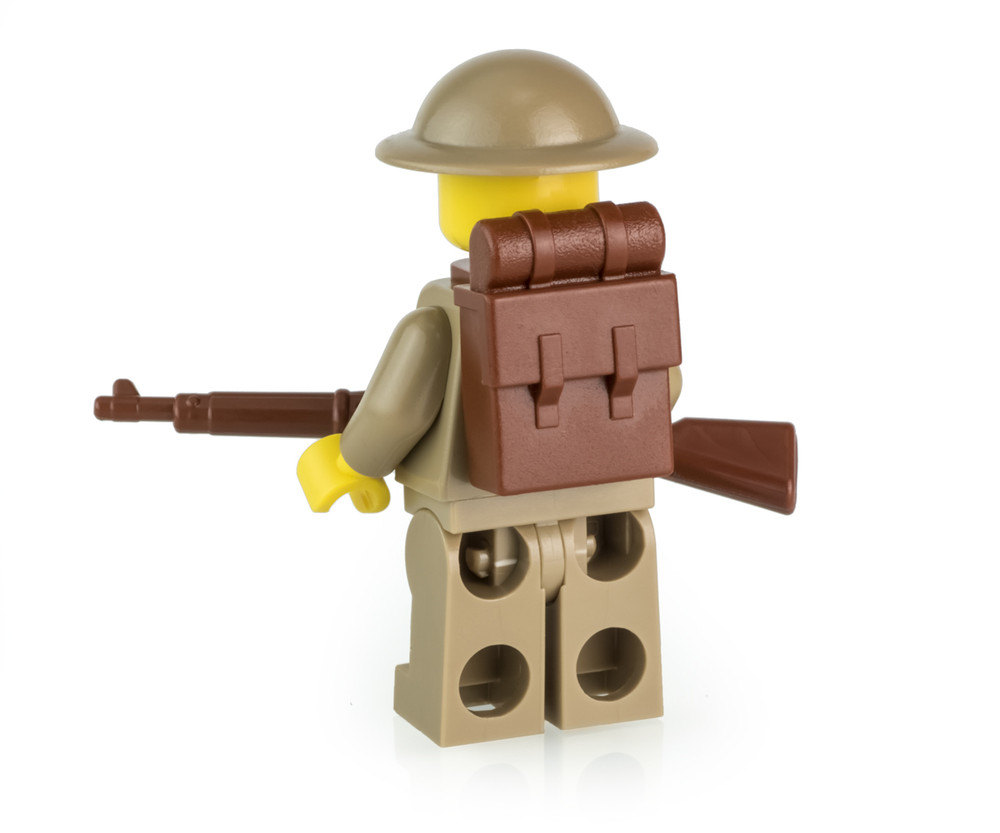 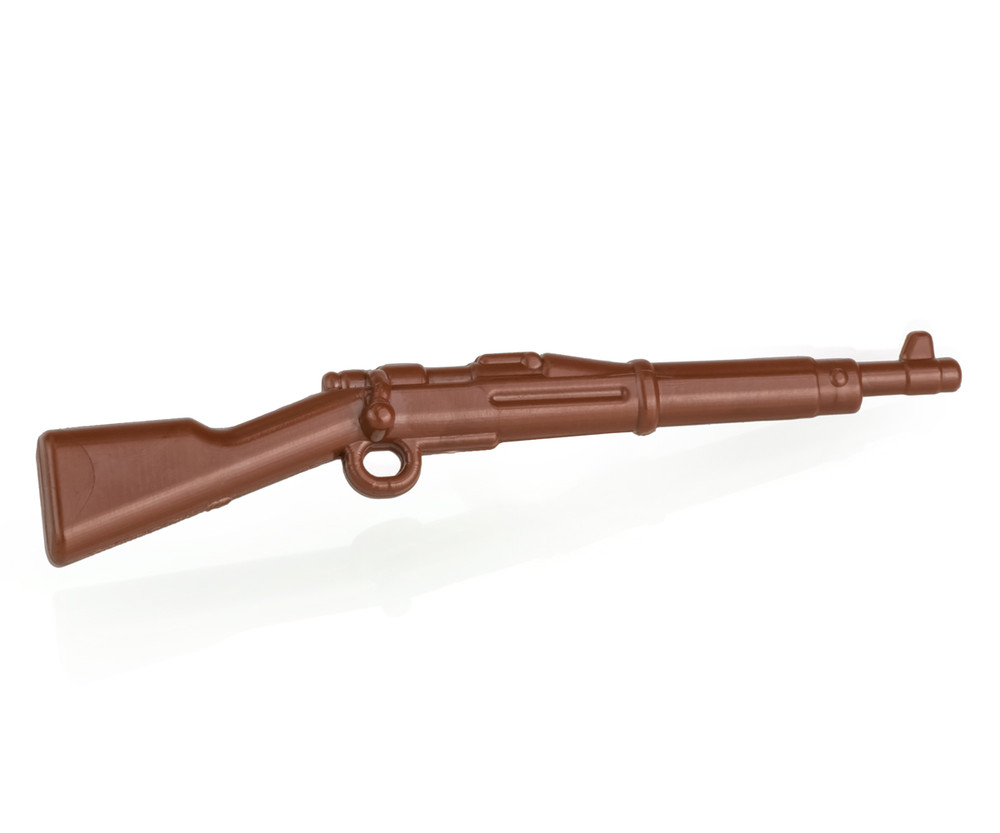 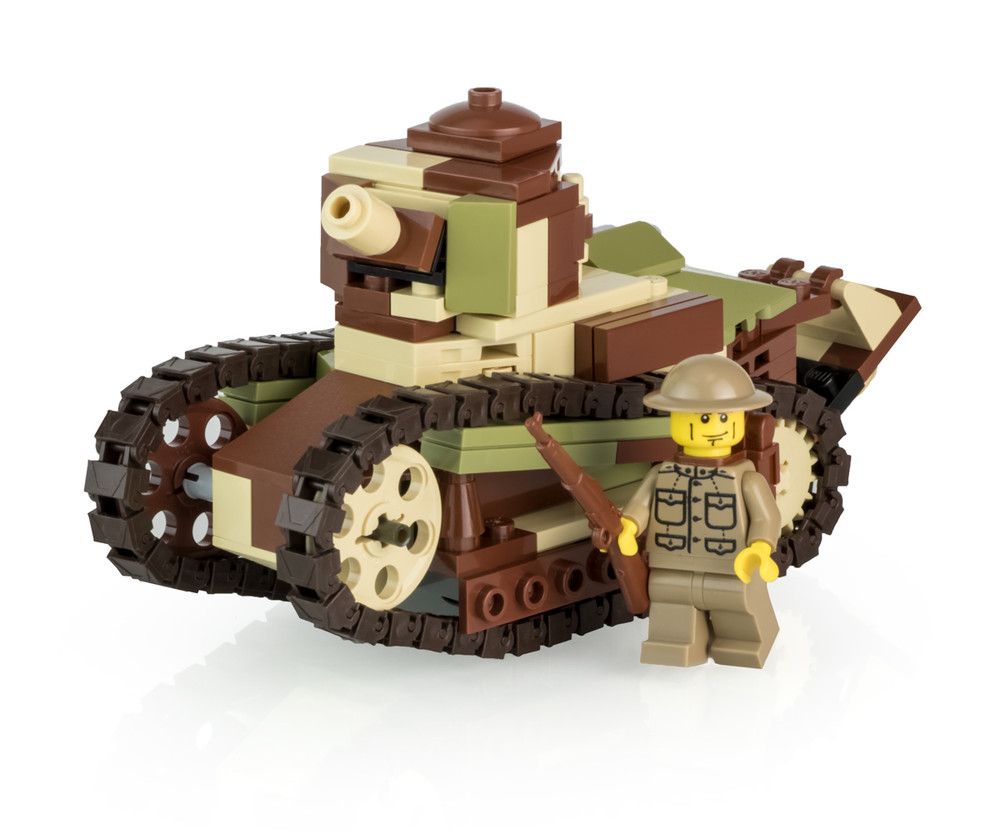 The tank was developed during World War I to help defeat the bloody stalemate of trench warfare of the Western Front. The Renault FT was a light tank to be used in a breakthrough and exploitation role and was equipped with either a low-velocity artillery piece or machine gun. It's two-man crew consisted of a driver and tank commander, who doubled as the tank's gunner. Over 3000 FTs were built in France during World War I where it was successfully used by both French and American armored forces. A copy of the FT was manufactured in the USA under license and was standardized as the M1917. The American version can be easily distinguished by the location of the muffler to the left side of the hull, whereas the original French version had the muffler located on the right. The Renault FT has the distinction of setting the pattern for future tank development: fully tracked vehicle with engine located in the rear, and a single fully-rotating turret.

The Renault FT / M1917 has the following features