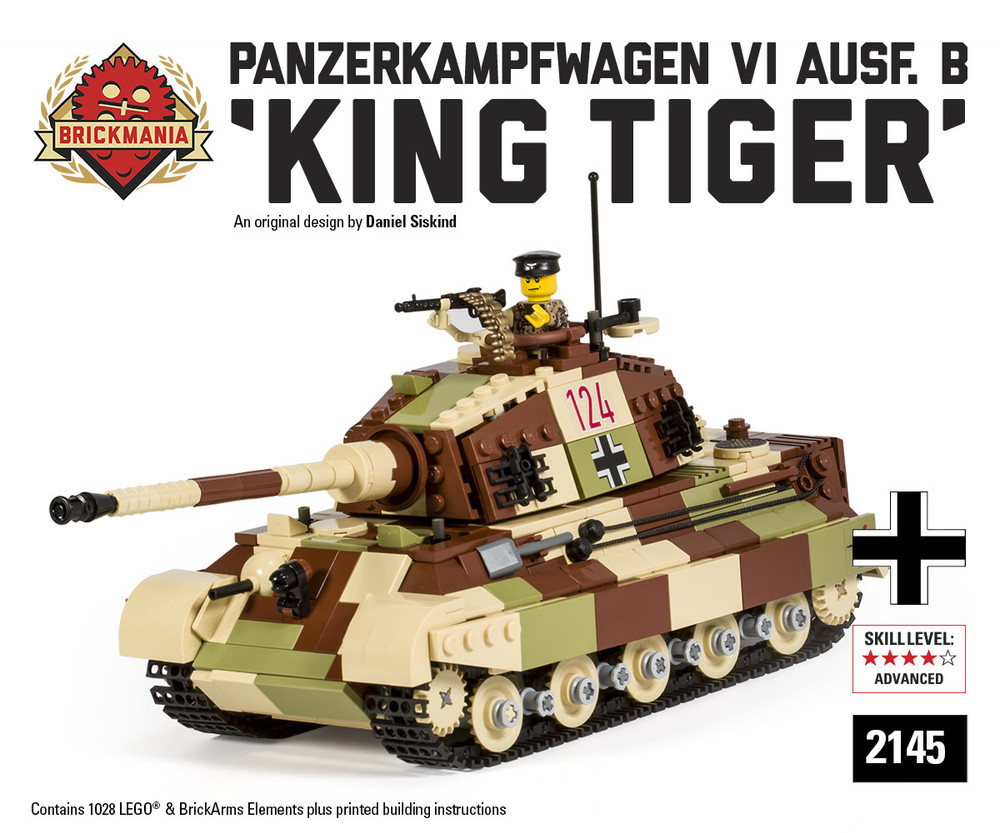 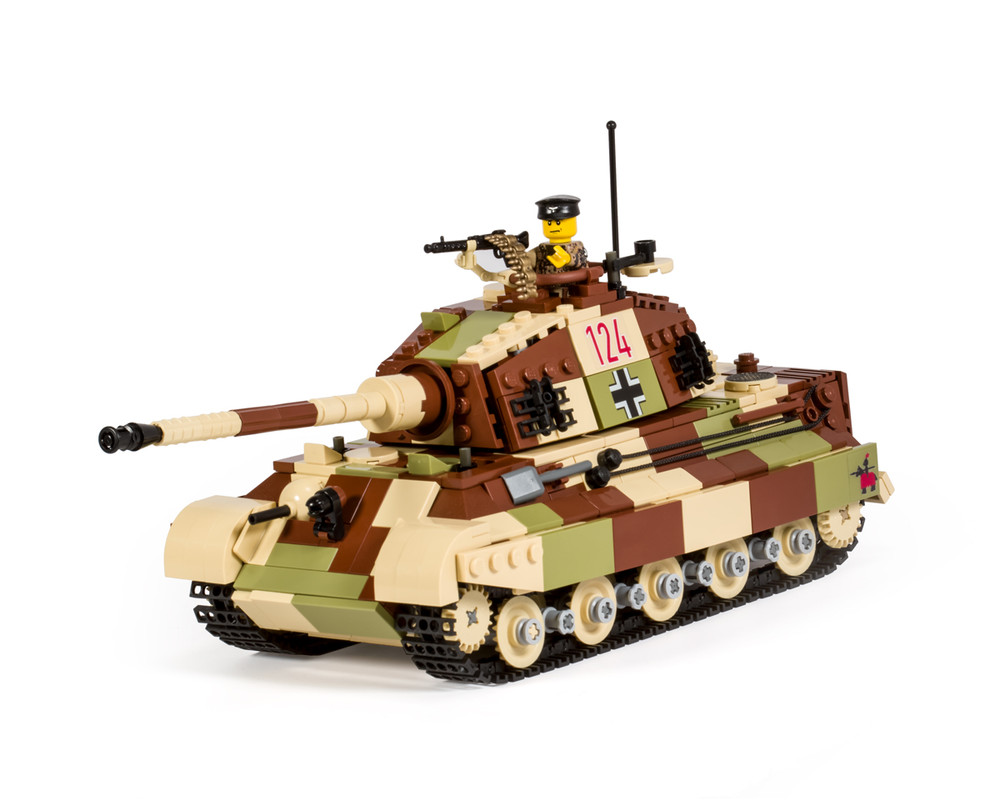 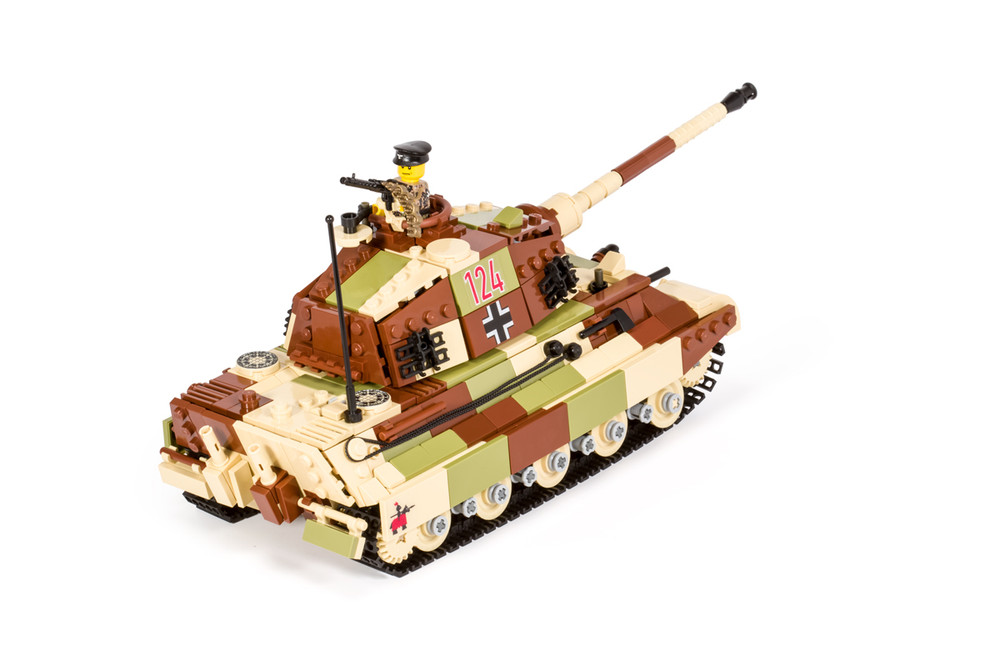 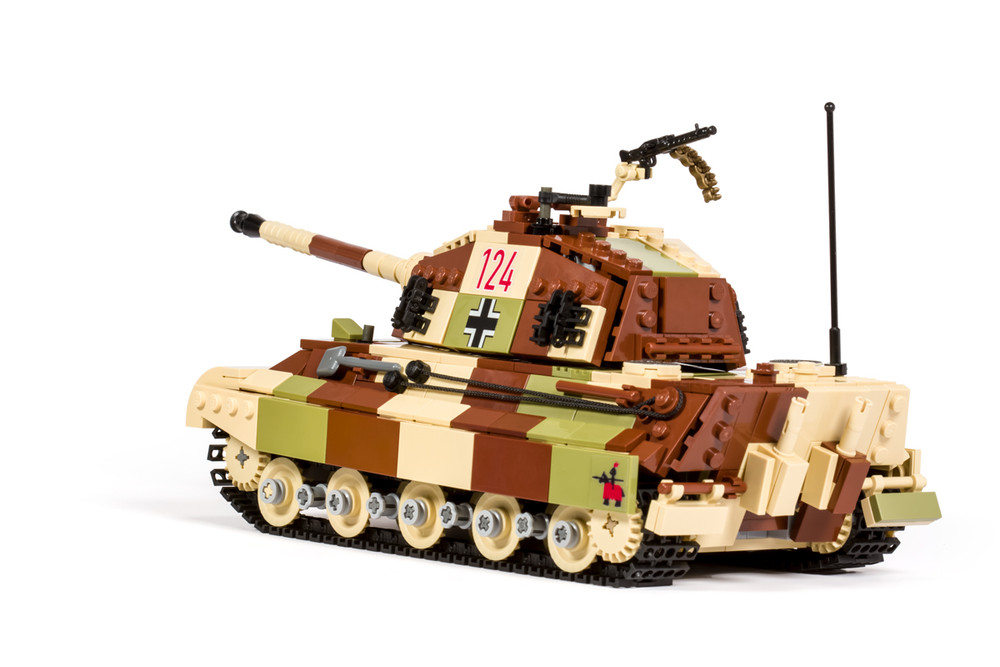 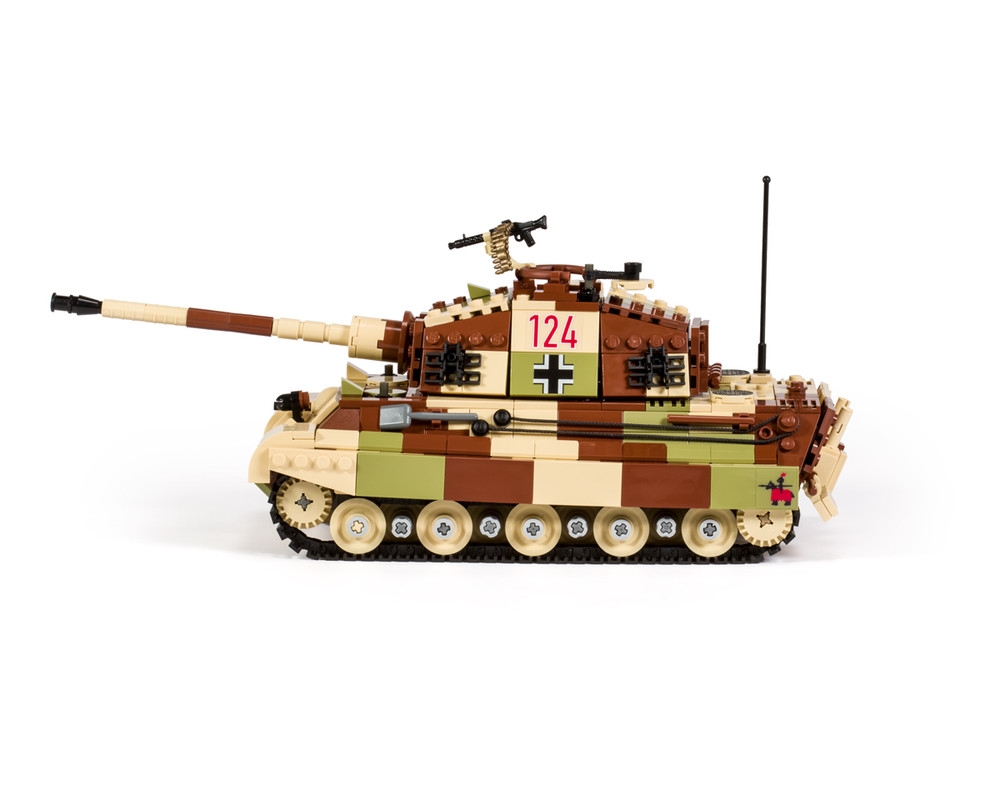 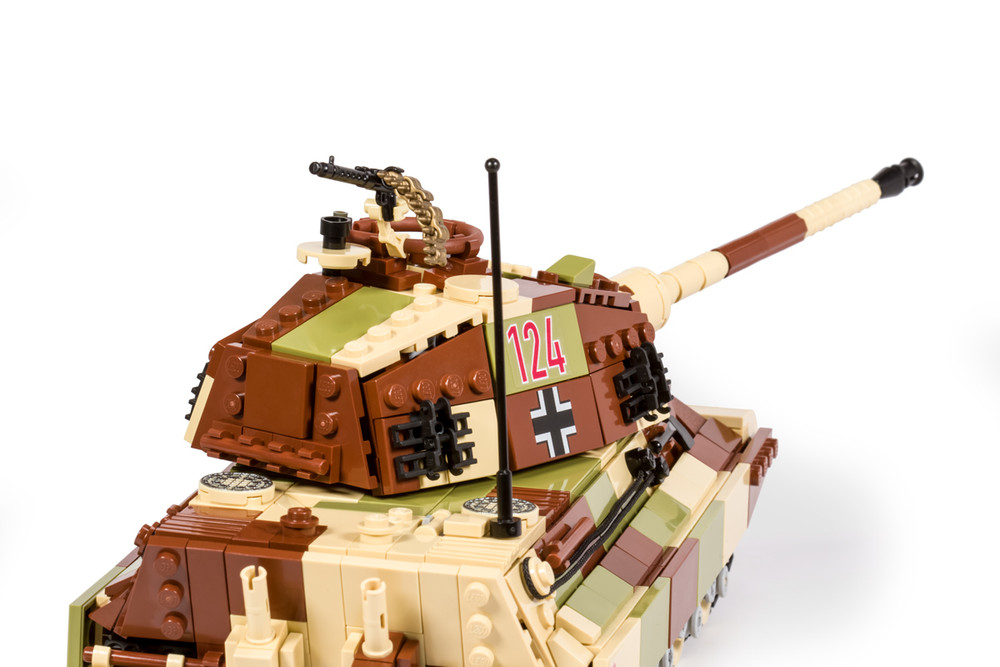 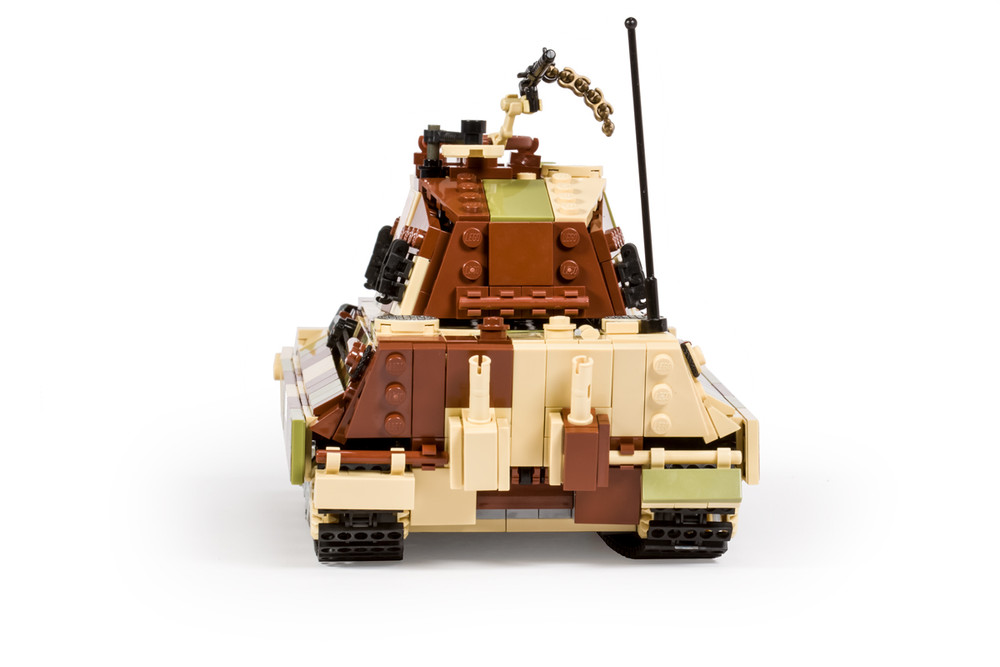 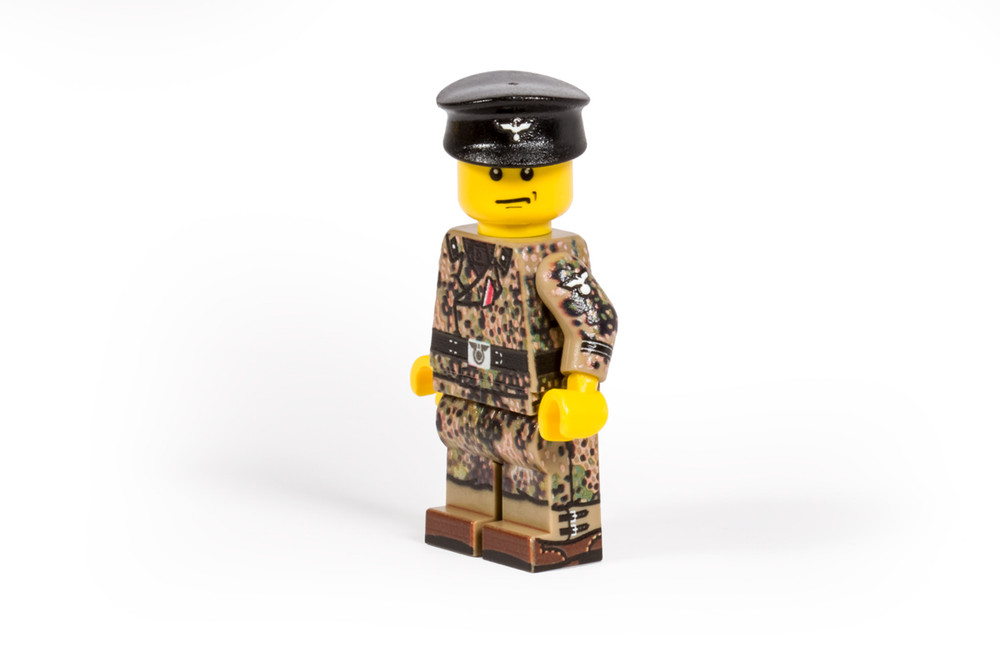 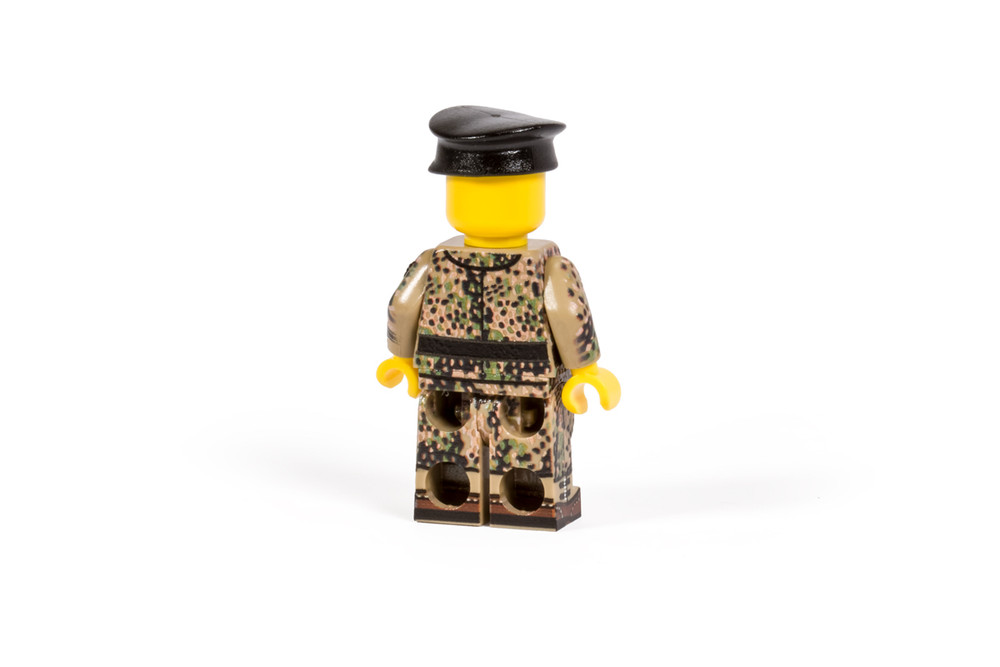 About the PzKfz VI King Tiger:

Enormous in both size and myth, the Tiger II was developed for Nazi Germany during the Second World War. Known as the Konigstiger or “King Tiger”, its armor matched the Tiger I for thickness while using the same sloped design that was seen on the Panther medium tank. Although it was heavily equipped with highly effective 100-185 mm of front armor and a long barreled 8.8 cm KwK 43 L/71 anti-tank cannon, the Tiger II’s weight was ludicrous for its time. Weighing in at almost seventy tons, the Tiger II was plagued by mechanical breakdowns and high fuel consumption. Development for the tank started as far back as 1937. Both Henschel and Porsche were the final contenders for the Tiger II design with Henschel officially winning and subsequently producing all Tiger IIs.

The high cost and effectiveness of Allied bombing resulted in only 492 units ever being produced. For every Tiger II produced, the Soviet Union could produce roughly ten T-34/85 medium tanks. These disparate numbers effectively neutralized the Tiger IIs technical advantage. The King Tiger was also unsuited for blitzkrieg-style tactics with its short range and slow speed. Despite its shortcomings, the Tiger II was formidable when it actually made it into combat. The front armor was nearly impossible to penetrate and the 88mm gun allowed it to destroy Allied tanks with ease.

There are several surviving Tiger II units at museums across the world. One was recently discovered underneath a French road in 2000 and was partially excavated with plans to unearth the entire enormous vehicle. 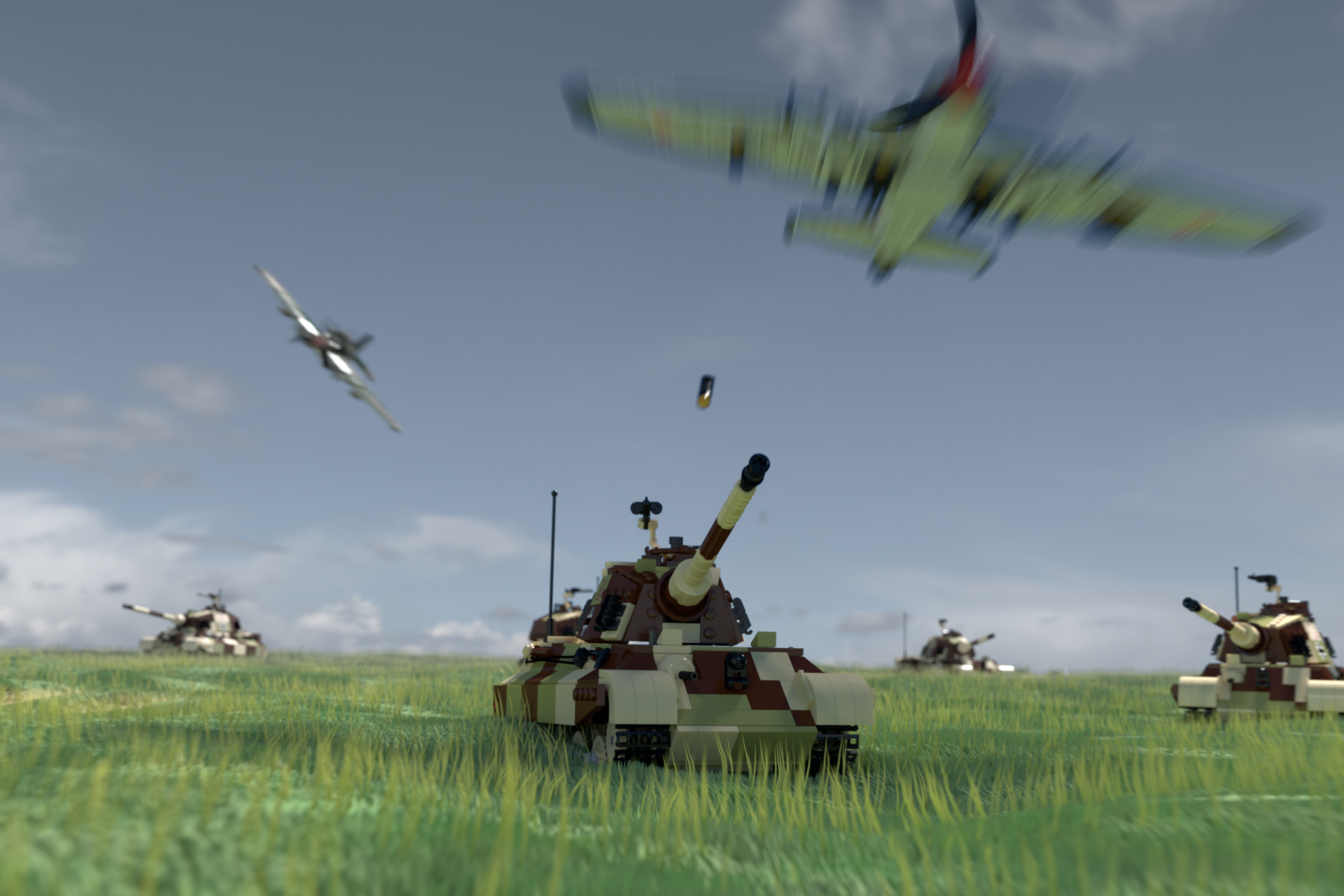 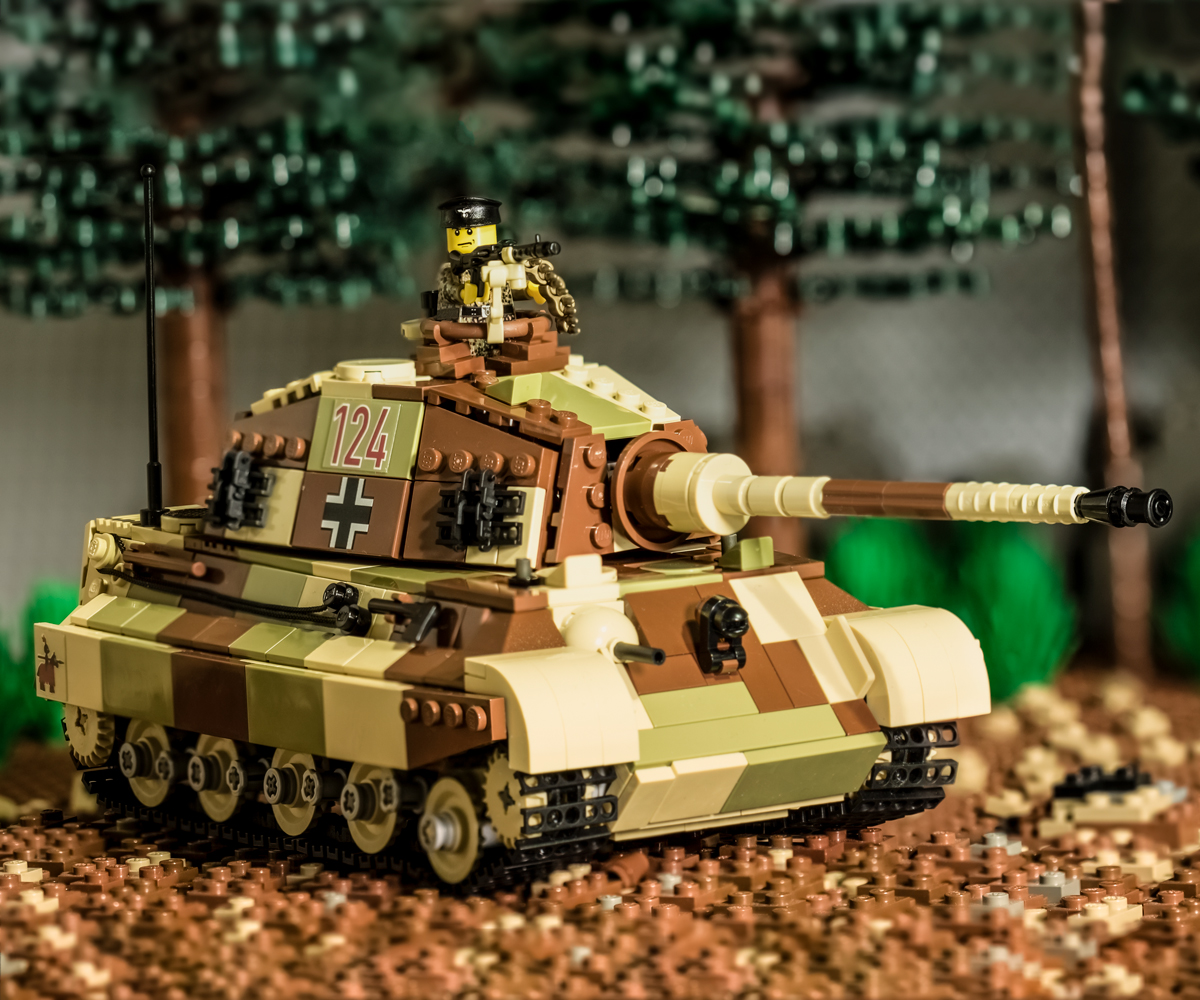 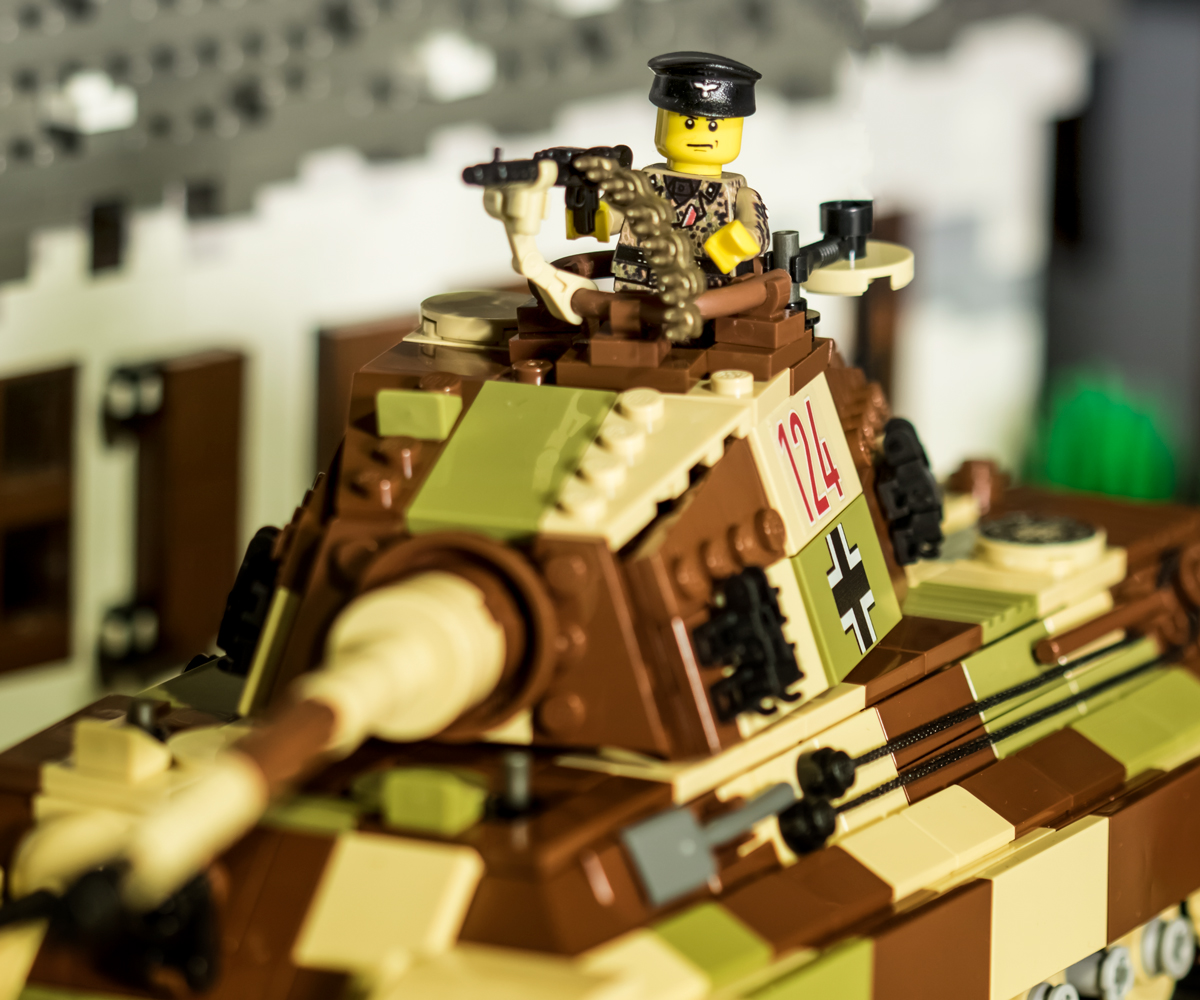