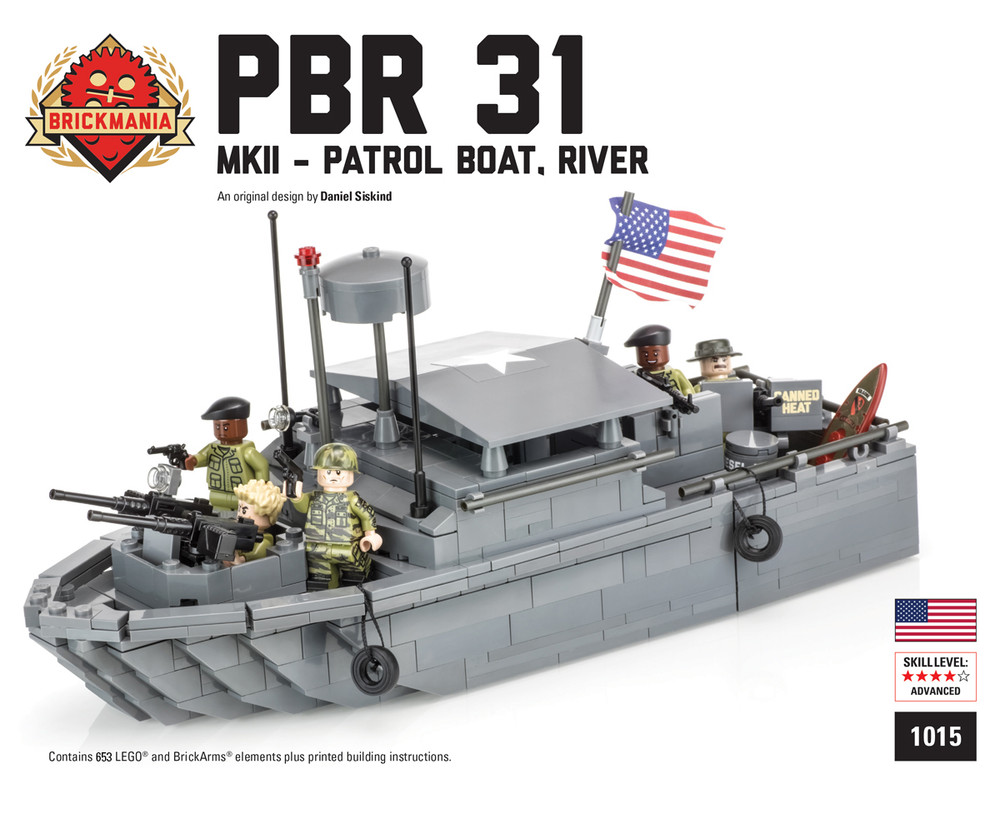 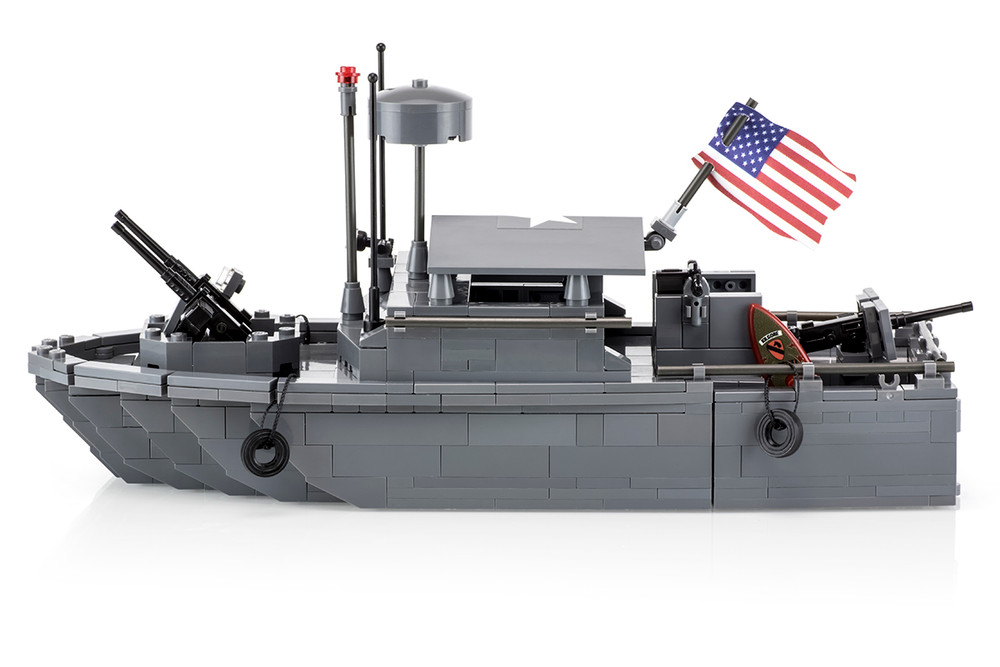 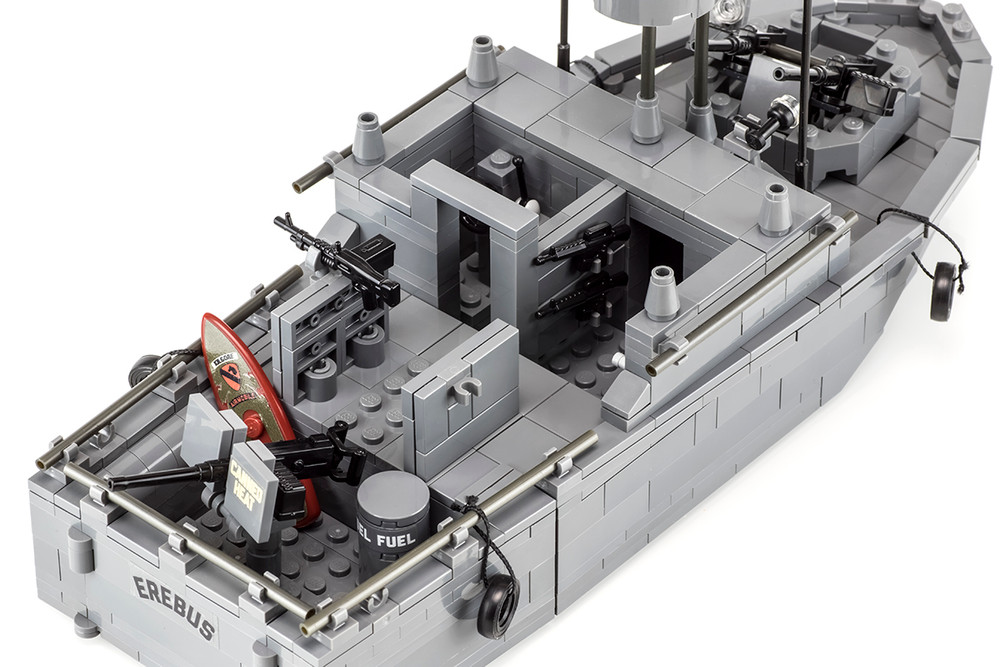 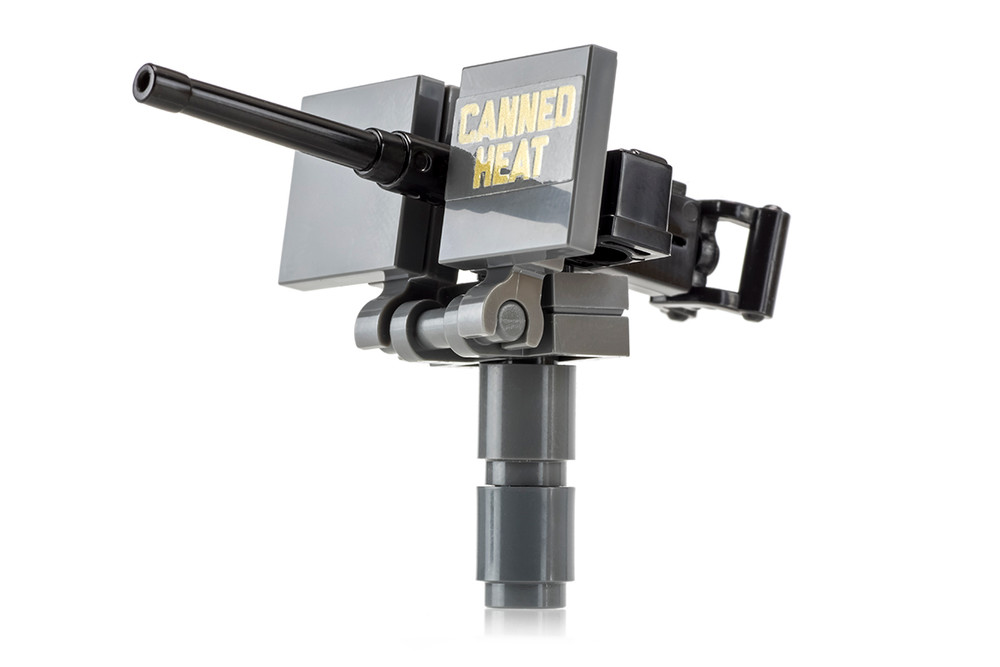 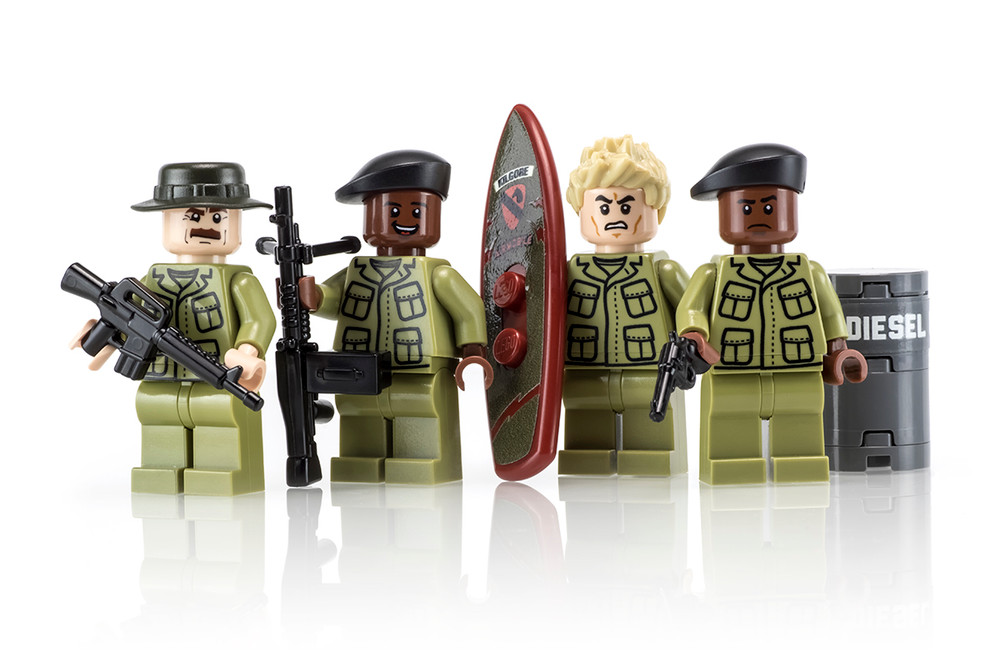 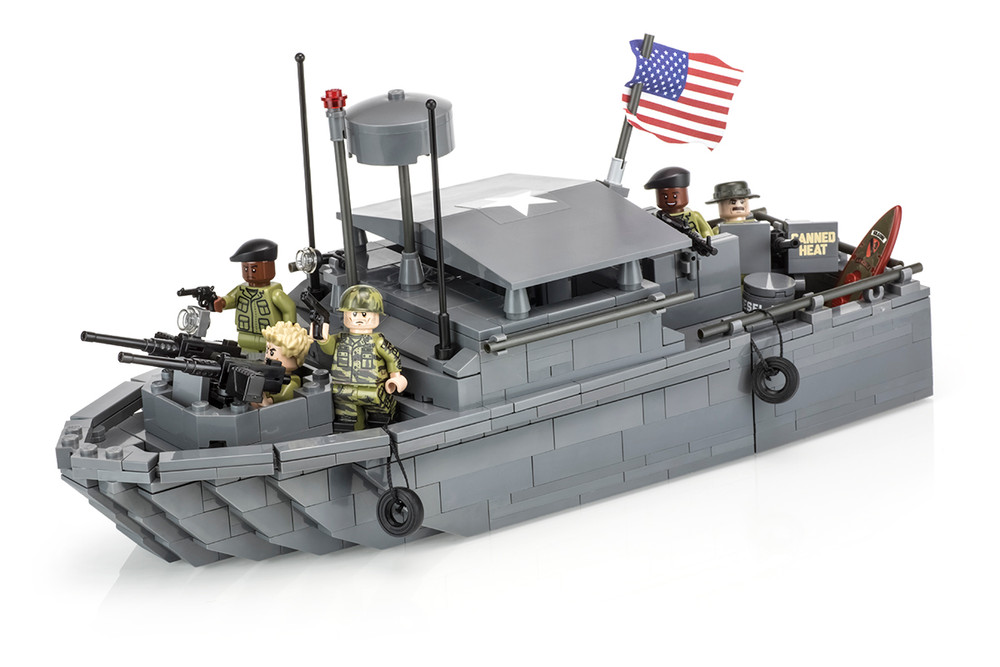 The Patrol Boat Riverine (or PBR) was a fast waterborne patrol craft built in the late 1960’s and 70’s for the US Navy. Its sleek fiberglass hull was specially designed to draft less than 2 feet of water and it’s twin diesel engines and water jet propulsion meant it could reach speeds upwards to 35 knots and make a 180 degree turn within its own hull length. The PBR was used from 1966 to 1971 by the US “Brown Water” Navy to patrol the extensive waterways of the Mekong and Saigon Rivers in Vietnam, where it played a crucial roll stopping the flow of weapons and supplies to NVA troops and Vietcong guerrillas. It was also common for PBRs to engage in firefights with land-based units and was often used to transport special forces deep into enemy held territory. 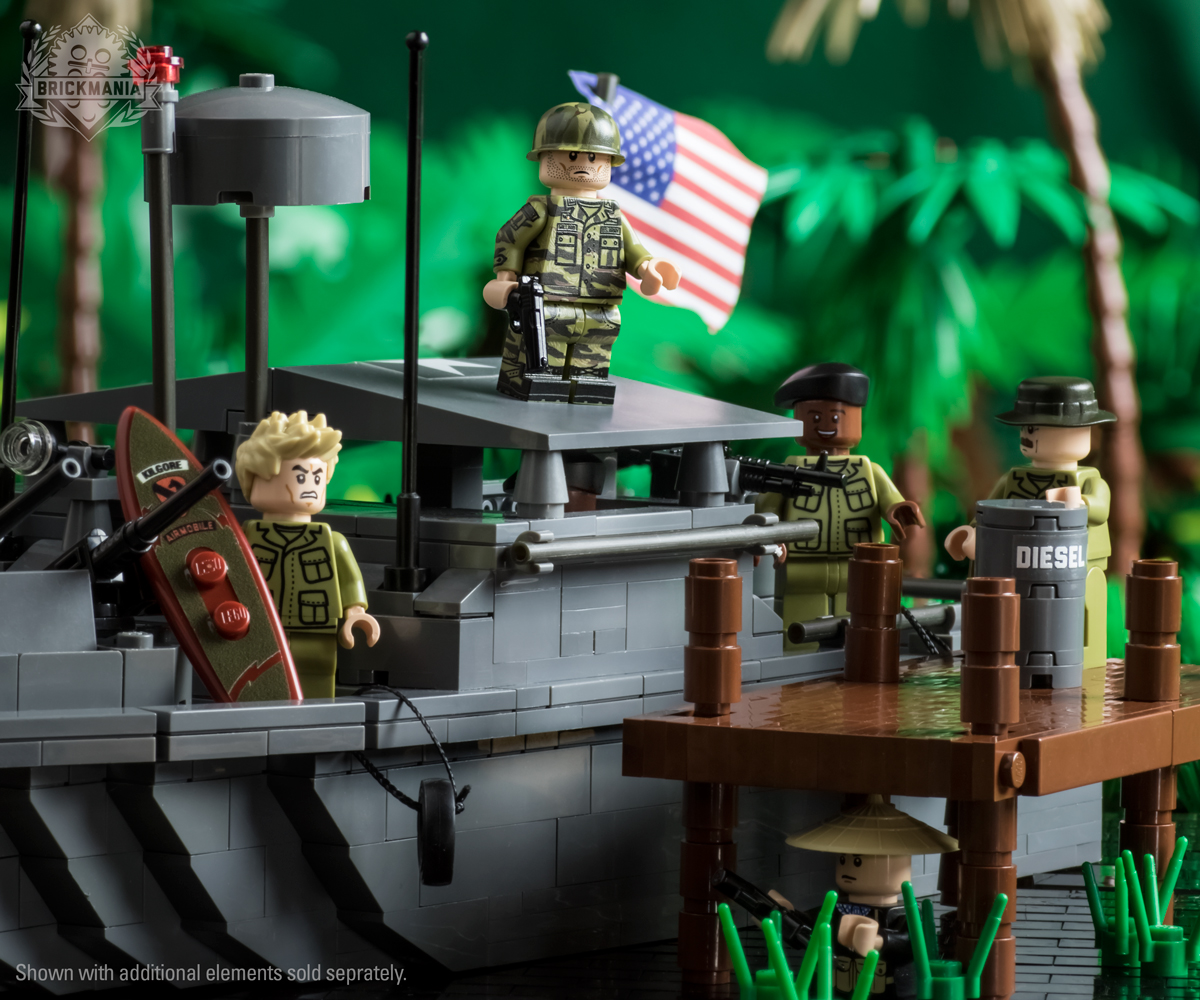 The PBR 31 MkII has the following features: