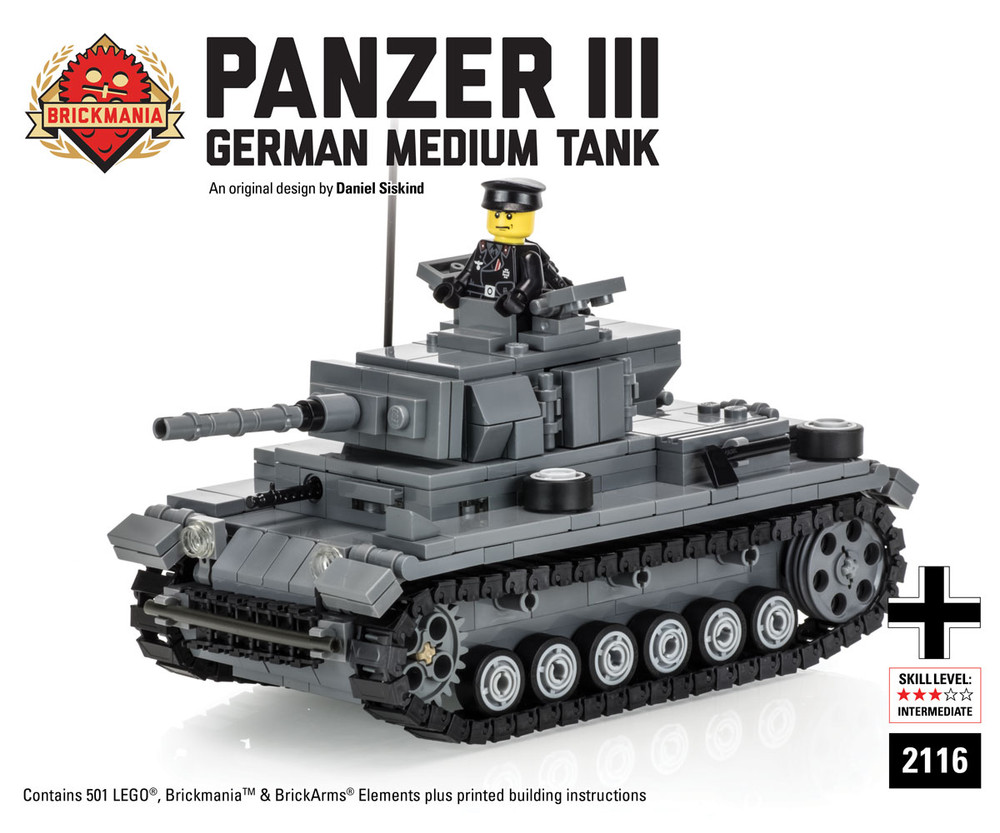 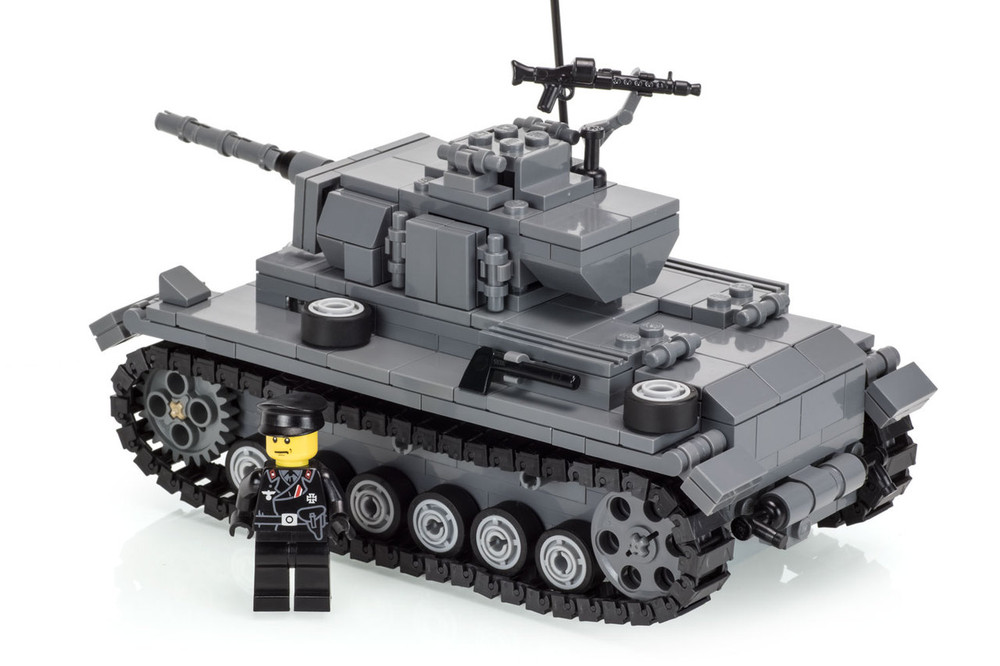 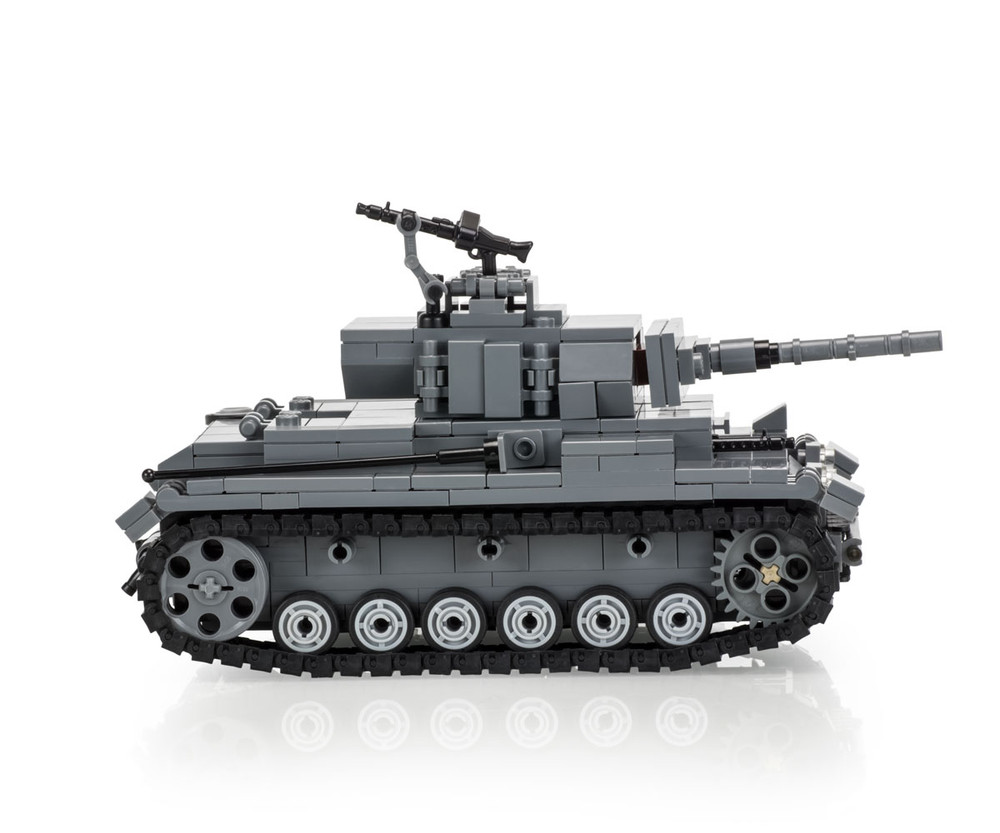 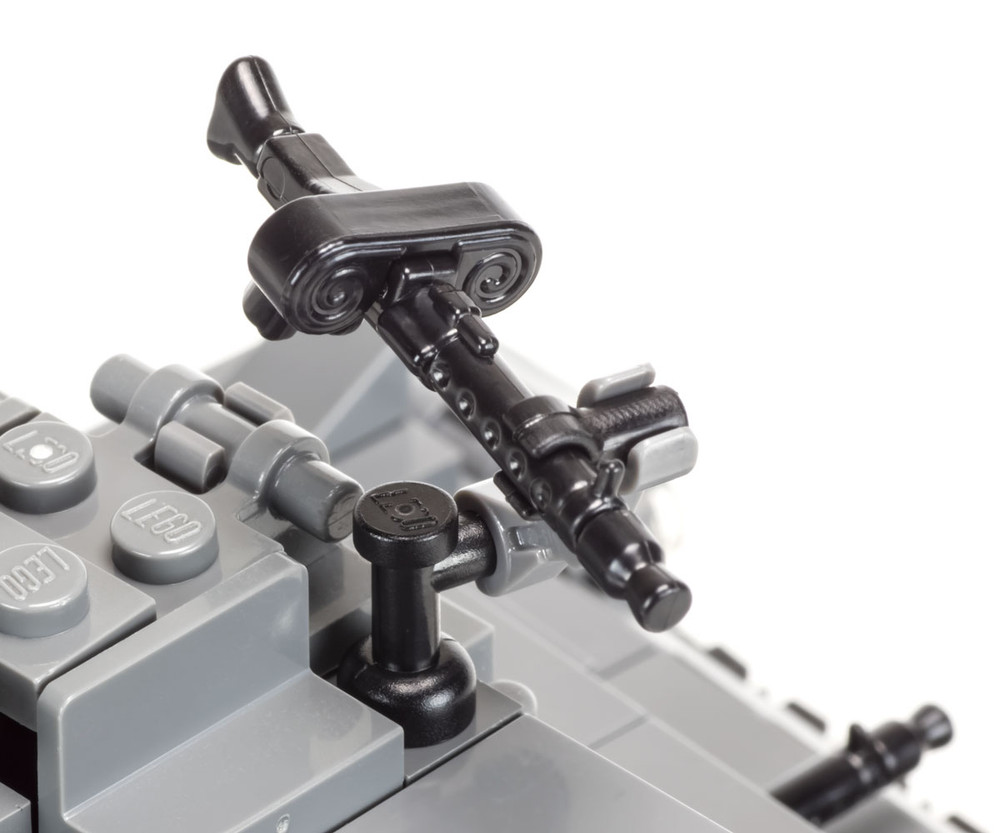 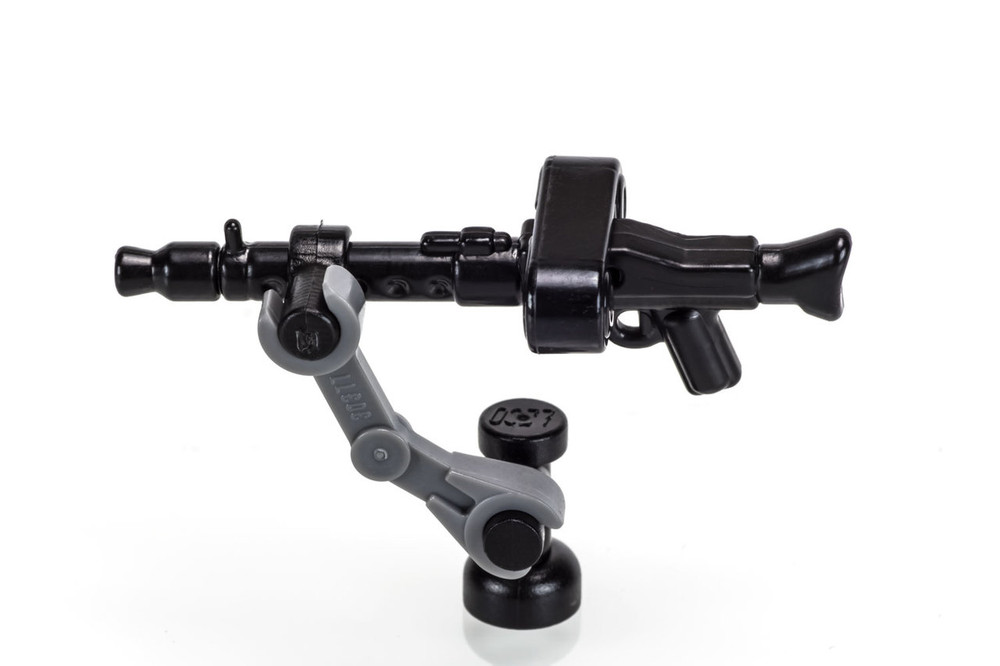 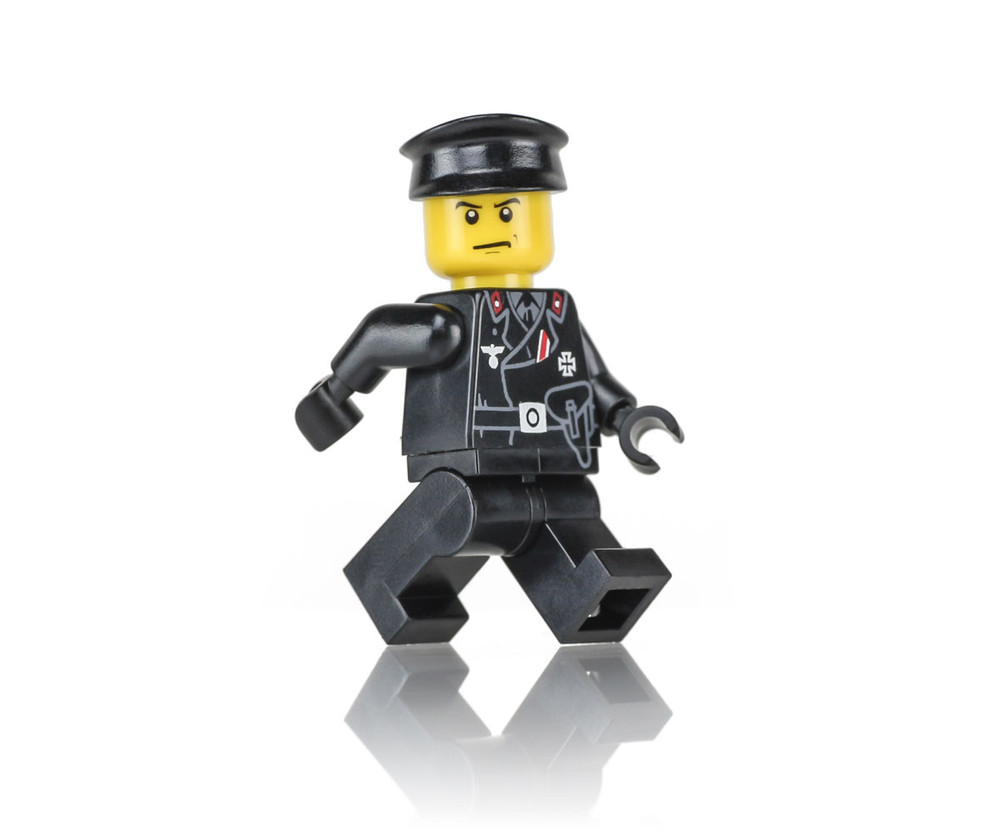 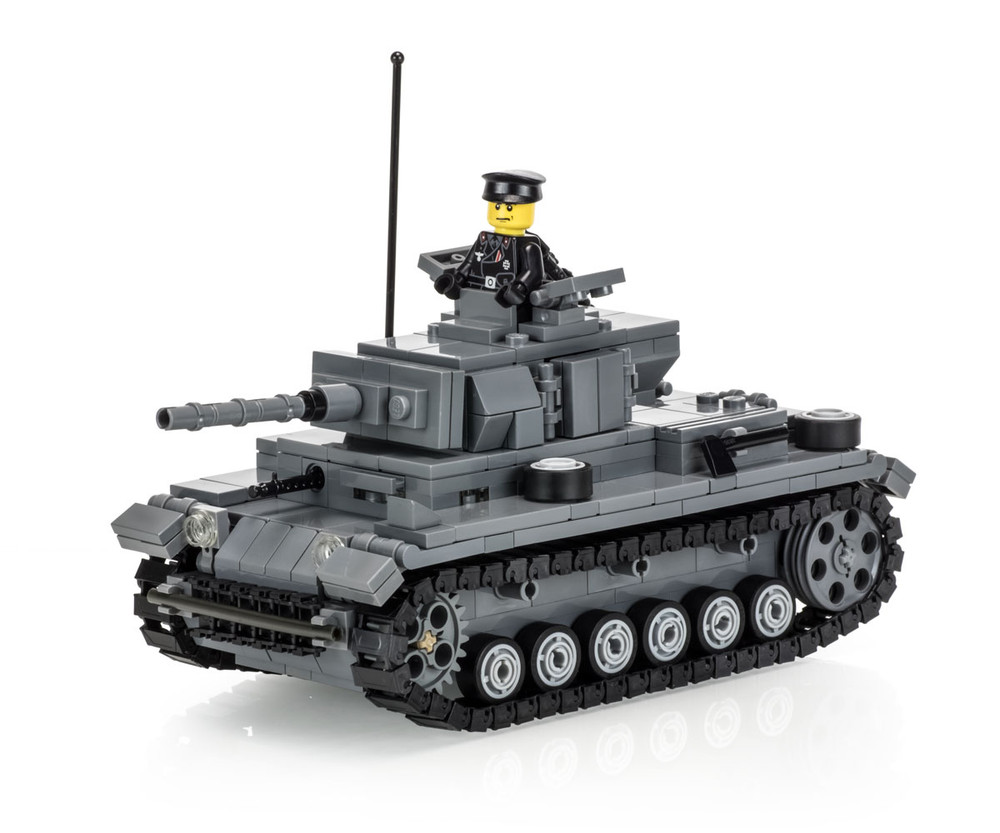 About the Panzer III

Designed to be Germany's tank for engaging enemy armor, the Panzer III saw it's successful battlefield debut during the invasion of Poland. It proved to be a reliable and winning design and was continually upgraded and refined throughout the war. The Panzer III's hull and chassis was also used to create the highly successful series of low-profile StuG III assault guns and tank destroyers.

The Panzer III is one of Brickmania's most popular kits and we are constantly making upgrades and improvements. This edition incorporates a lot of upgrades over the previously more austere version. There are "extra" features such the new 1.5 wide Brickmania Track Links, a BrickArms MG-34 on the anti-aircraft mount (in addition to the one in the hull), accessible interior spaces (upper and lower hull sections separate to reveal the interior), and more. 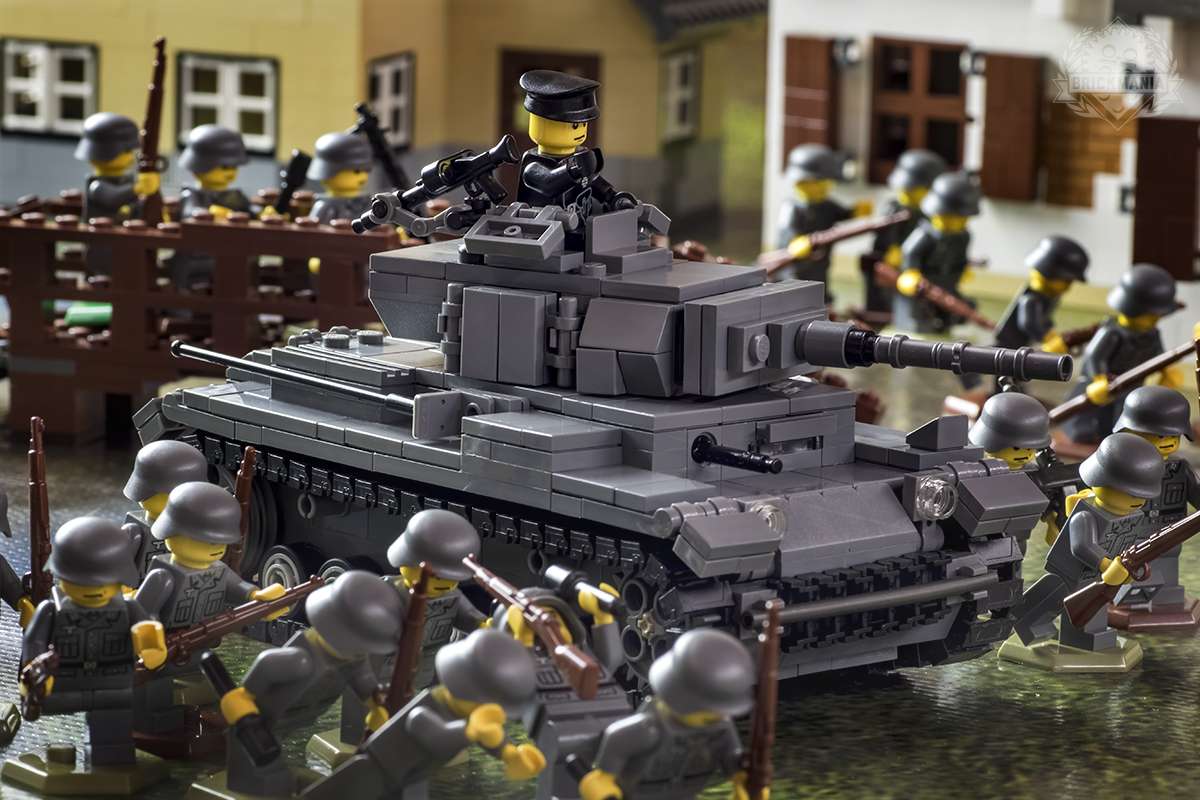 The Panzer III has the following features:

All Brickmania model kits are made of new-condition LEGO bricks, Brickmania Track Links and BrickArms elements. This model comes disassembled, includes complete full color printed building instructions, and comes packaged in a sealed box. This is a limited edition kit and may be discontinued at any time.