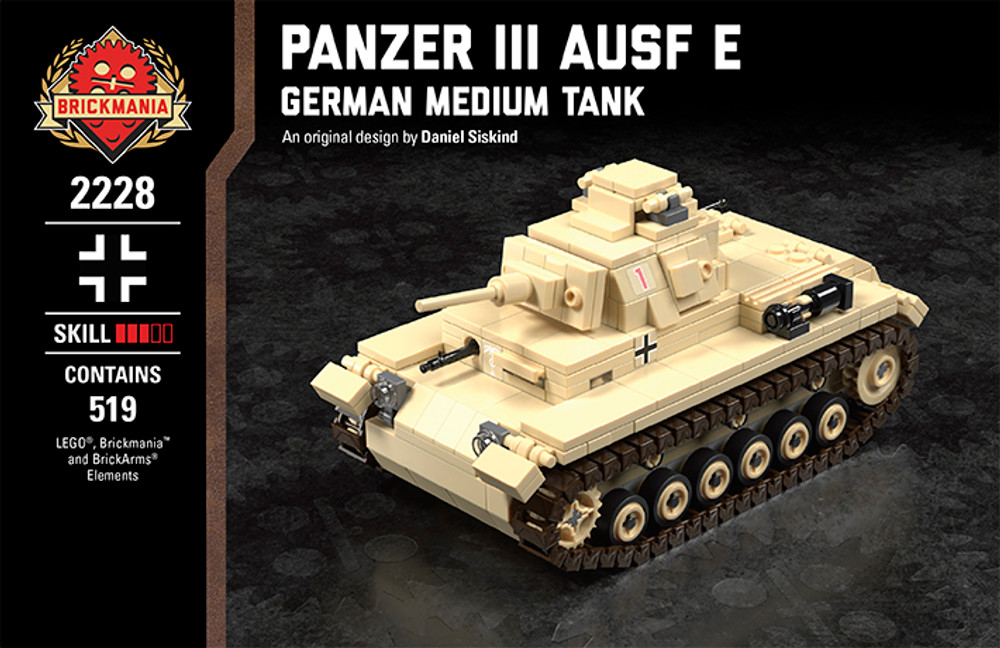 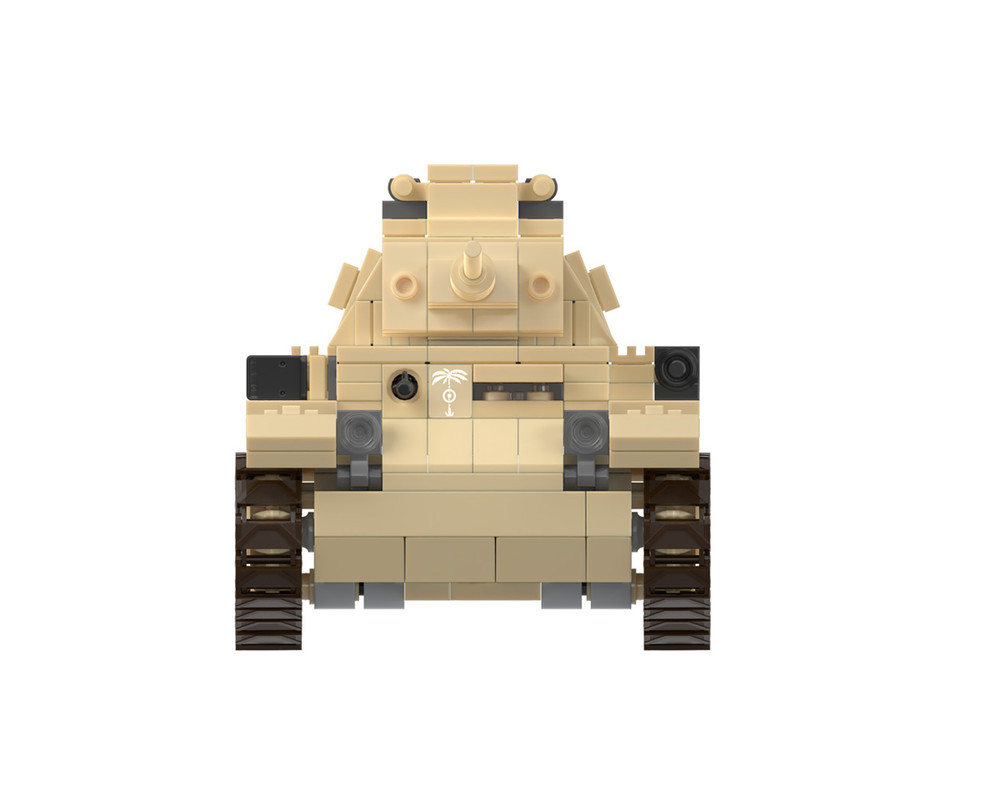 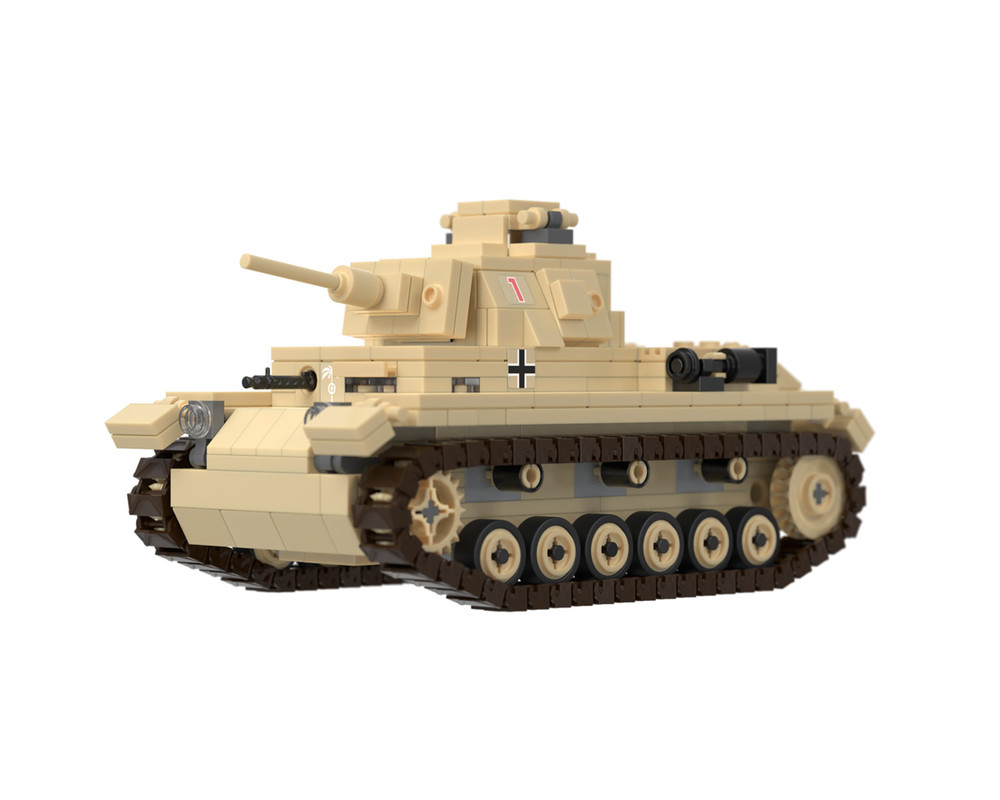 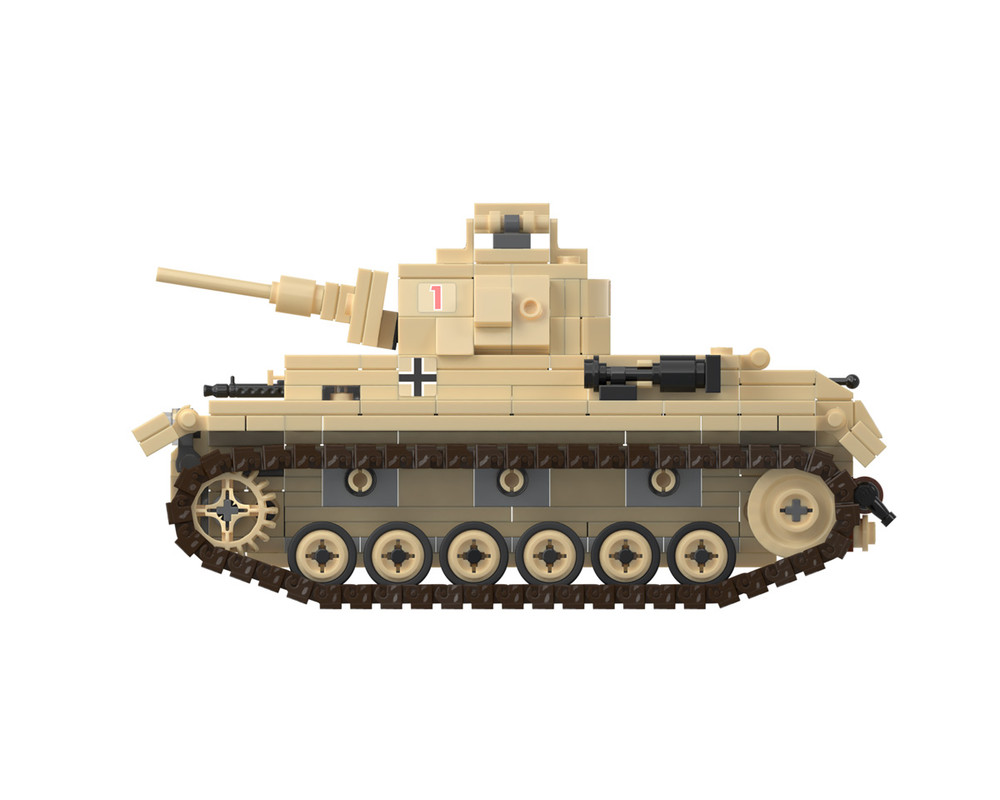 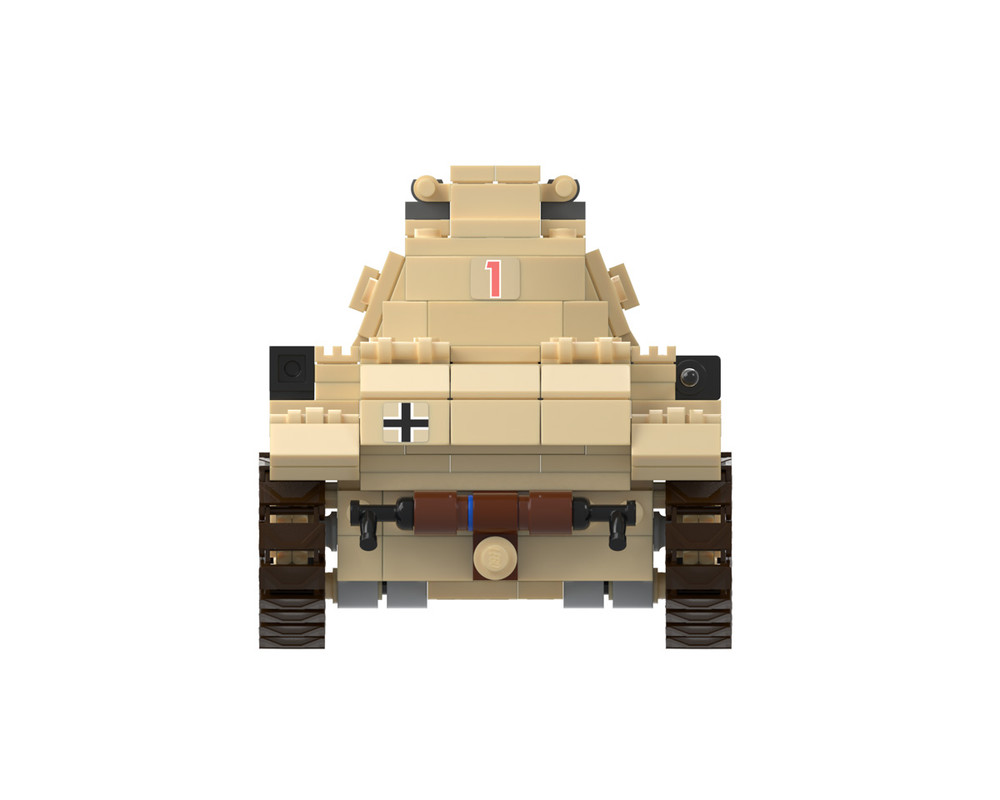 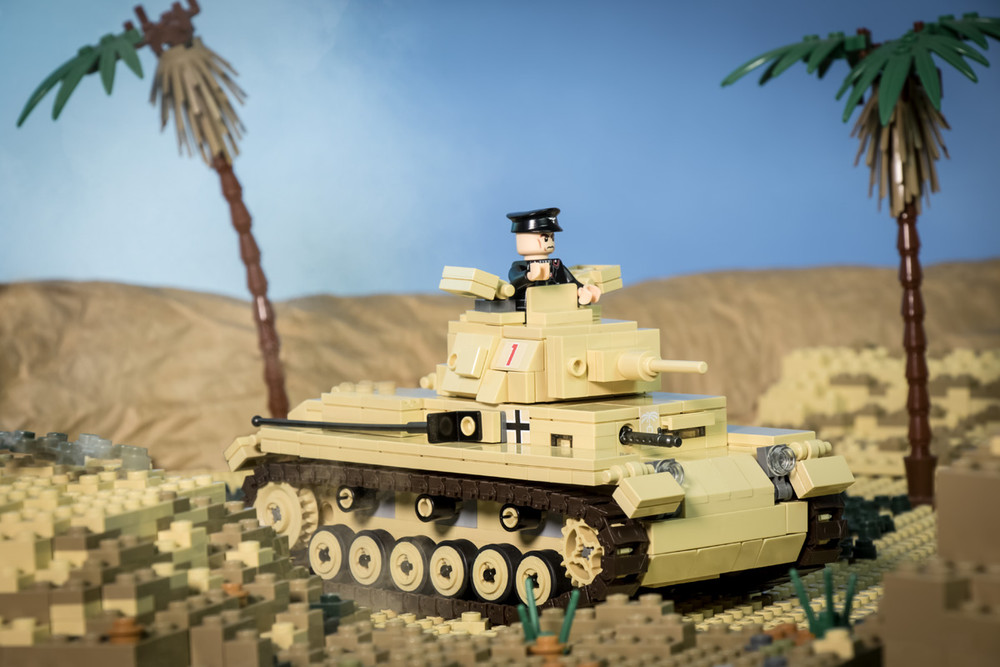 The workhorse of early German conquests, the Panzer III provided the necessary speed and armament for blitzkrieg tactics. Mobilized by Erwin Rommel’s Afrikakorps, the Panzer III (and its variants) remained the most numerous German tank during the North African campaign. It also played a key role during the invasion of France and the Low Countries in 1940. Although underpowered against French and British tanks, the sheer concentration of armor against thinly deployed Allied tanks allowed the smaller Panzer III to overwhelm Allied armor units.

The Ausf E variant served as the standard for future models beginning with the Ausf F. The chassis for this tank would also serve as the basis for the StuG III Ausf G tank destroyer. 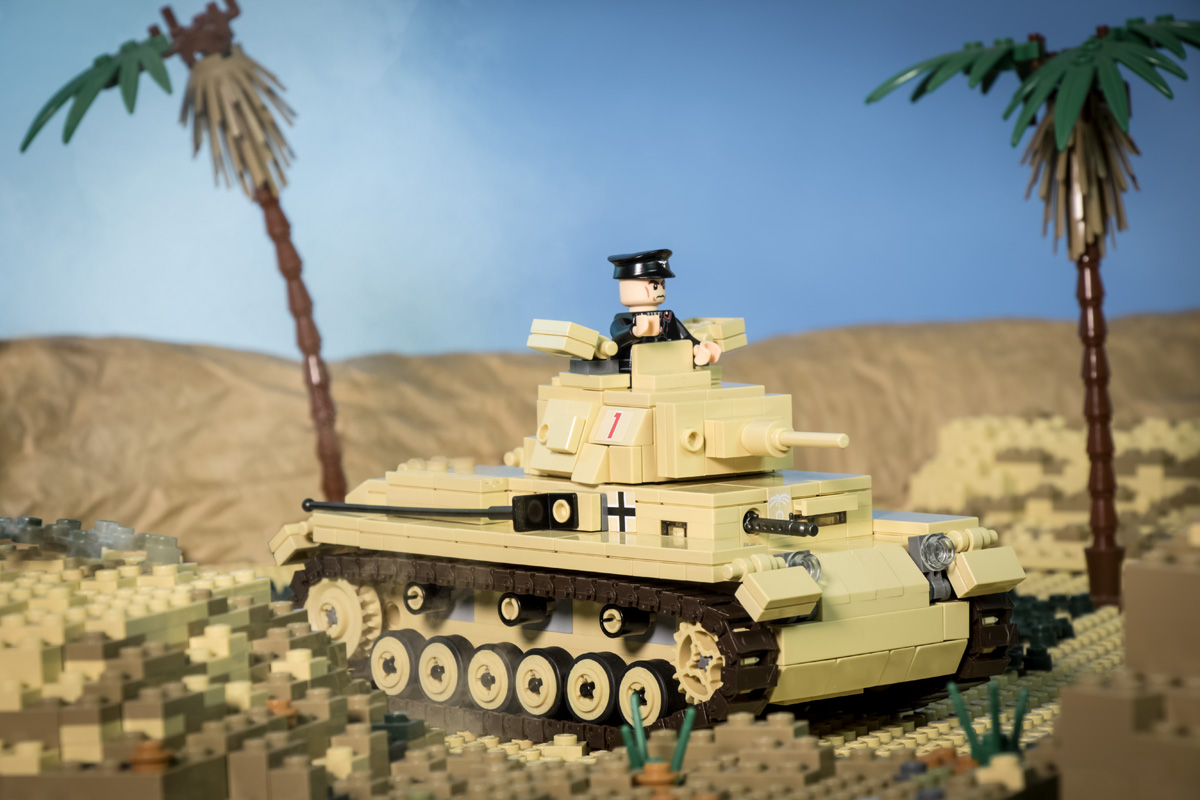 Features of the Panzer III:

Brickmania’s Panzer III Ausf E kit is designed to represent the standard medium gun tank used by the German forces during the early years of World War II, wearing the colors of the famed Deutsches Afrikakorps. The kit includes fully articulated Brickmania Track Links™, a rotating turret with elevating 37mm high velocity gun, and opening hatches for the vehicle commander. It also includes a hull-mounted MG34 Machine Gun from BrickArms, and a sticker set with national insignia, turret numbers and the DAK logo. The Panzer III Ausf E kit was designed specifically with a number of add-on pack upgrades in mind, and can also be customized by the builder.