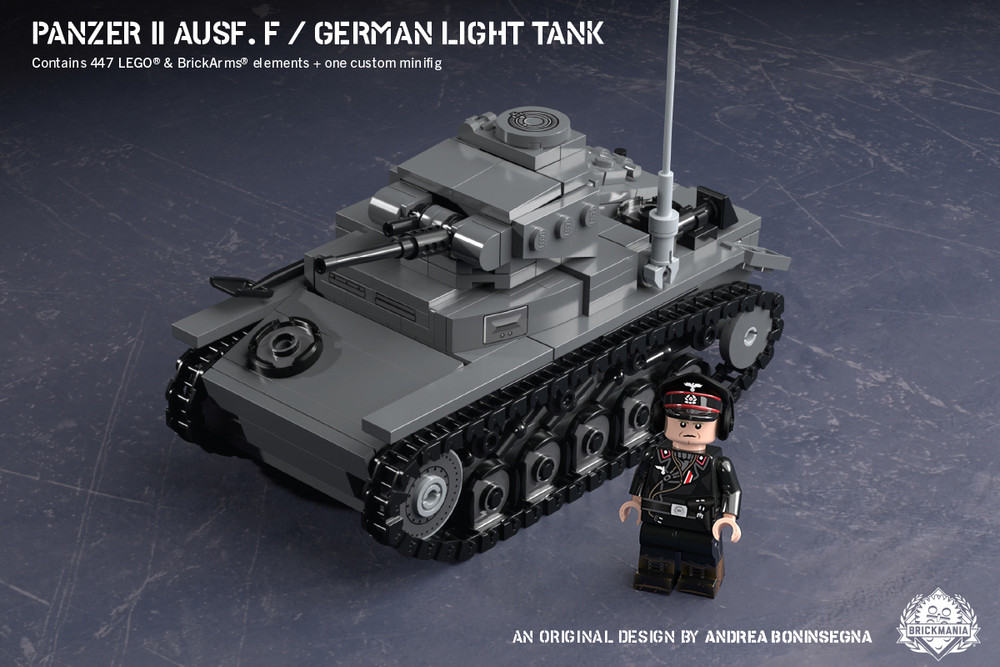 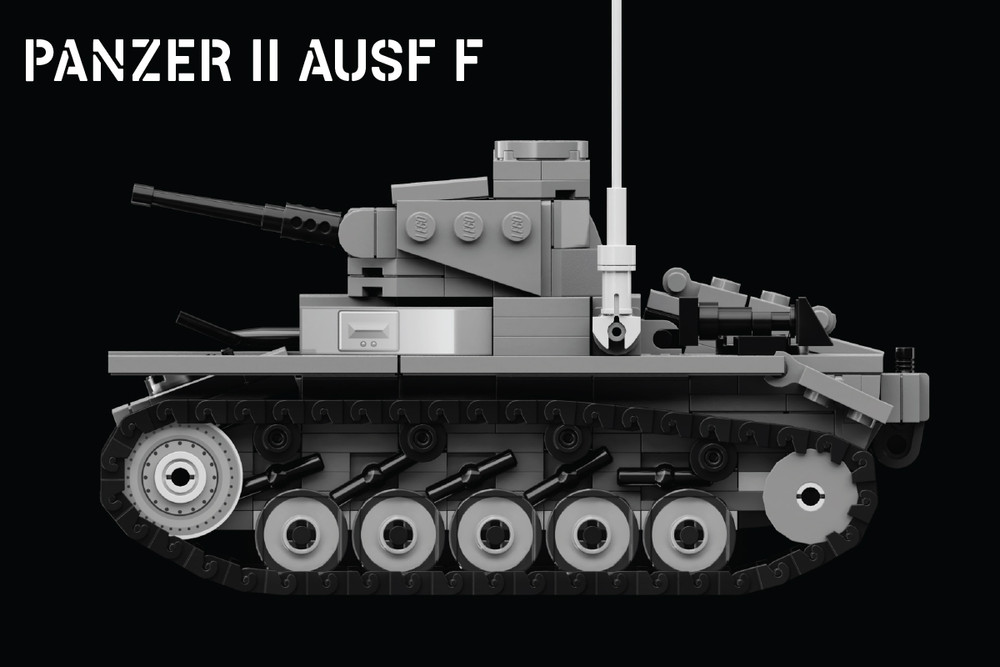 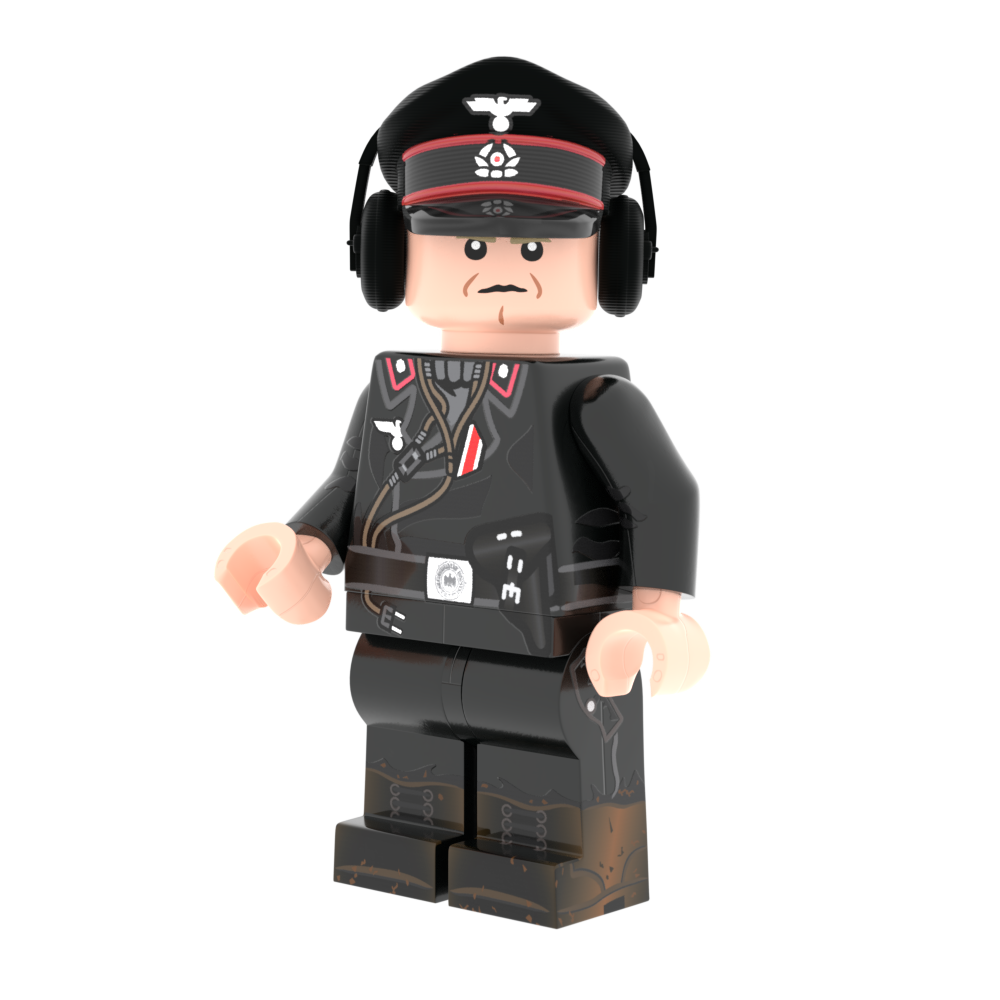 Taking on a reconnaissance role by the time of Operation Barbarossa in mid 1941, the Panzer II played a significant role early in WWII, participating in campaigns in Poland, France, the Soviet Union, and North Africa. Armed with 20mm cannon and MG34 machine gun, production of the Panzer II began in 1935 when it became clear the Panzer III and IV would not be on schedule. Playing an especially important role in the Blitzkrieg, Panzer IIs brought upgraded firepower from the Panzer I while maintaining the tank’s range and increasing its speed. With the arrival of the Ausf F, which was used mainly on the Eastern Front, more than 3,500 Panzer II tanks had been manufactured before being officially discontinued in 1942.

Yet another Panzer model that flexes Brickmania’s expanded printing department, the Panzer II features multiple printed wheels, hatches, and visors. The lone sticker sheet is for the leading wheels on either side. Play features include an easily removable hull with a detailed and spacious interior, folding antenna, opening top and rear hatches, and an elevating/depressing gun. Also included is a custom Panzer II commander minifig.