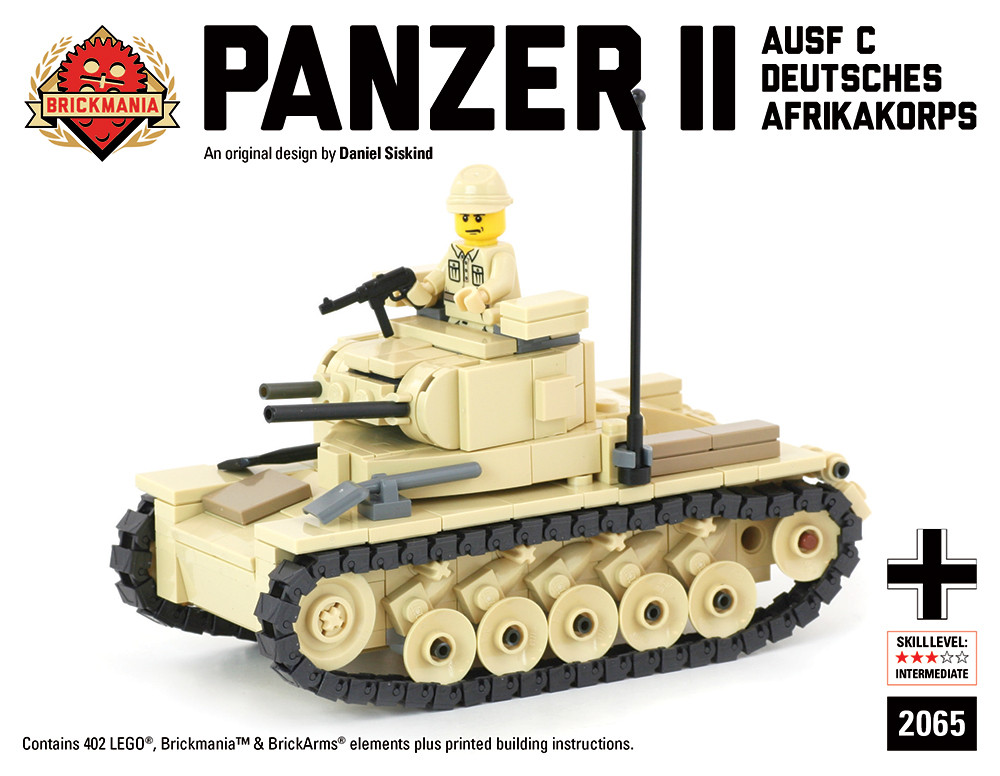 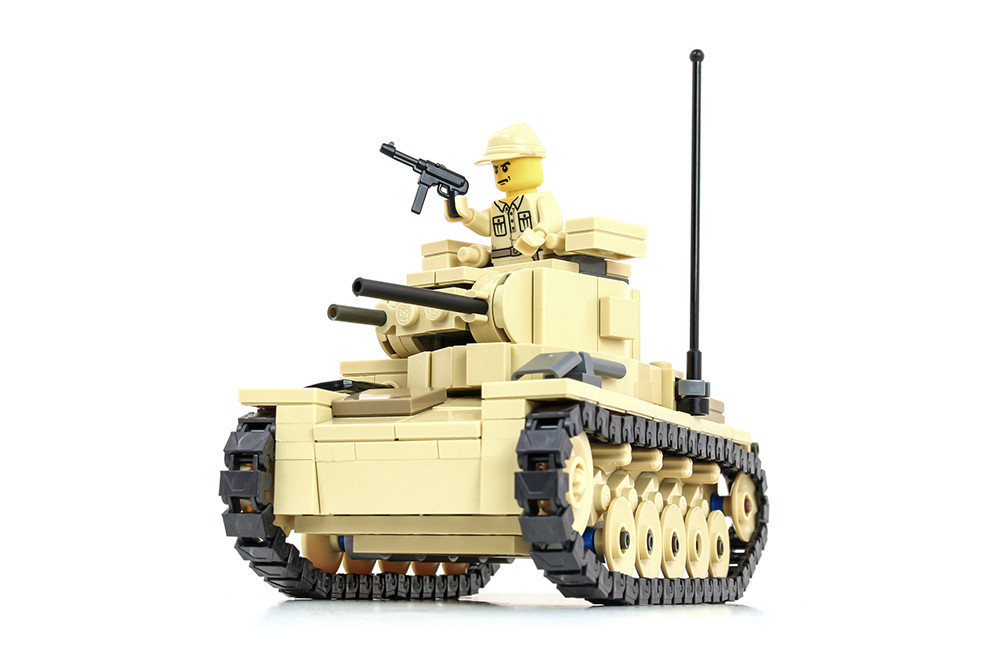 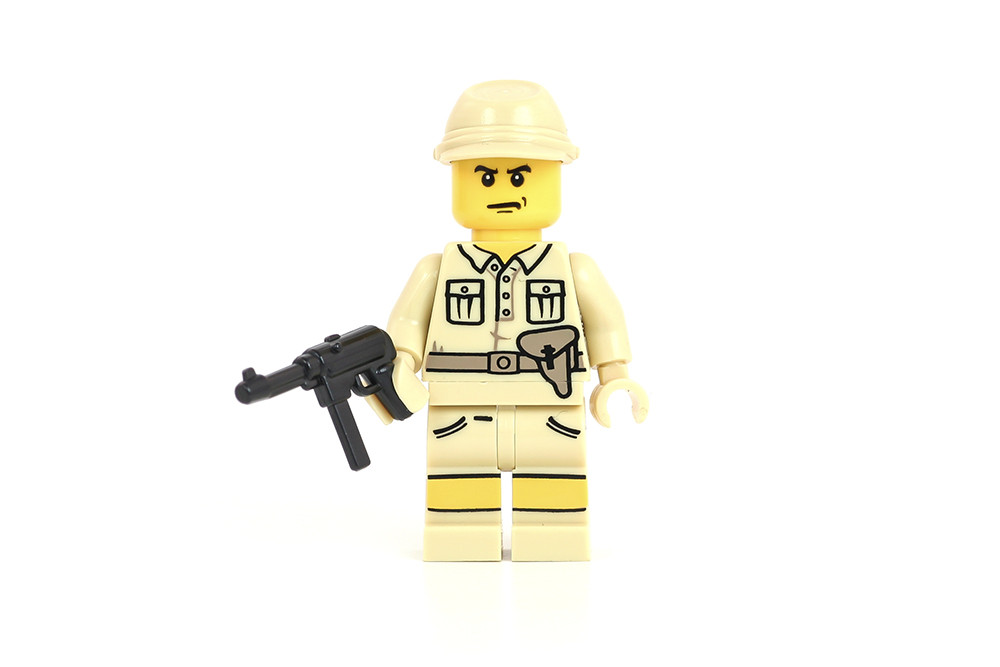 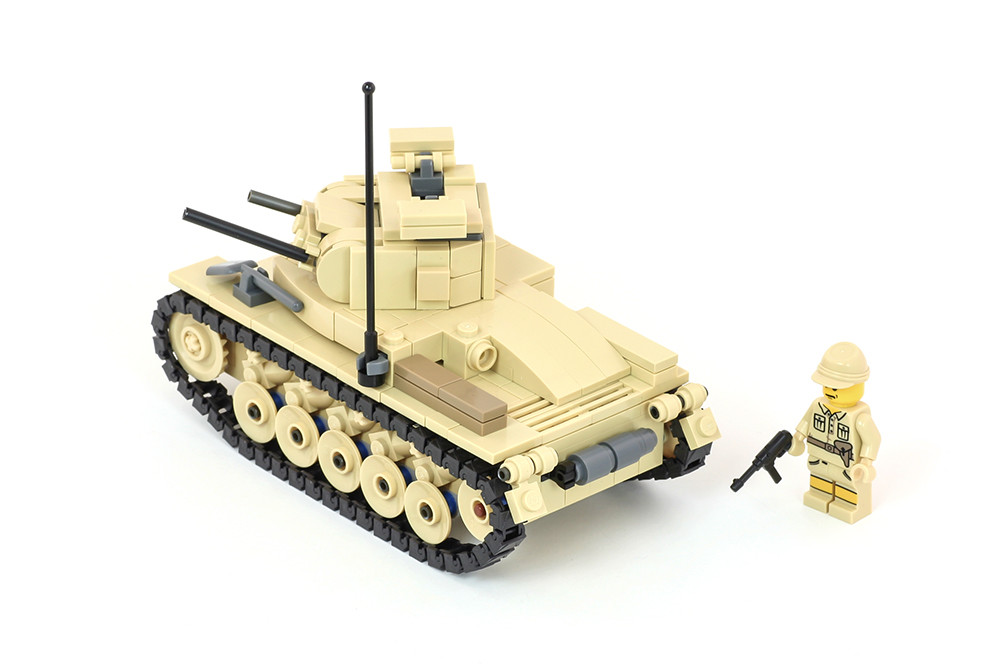 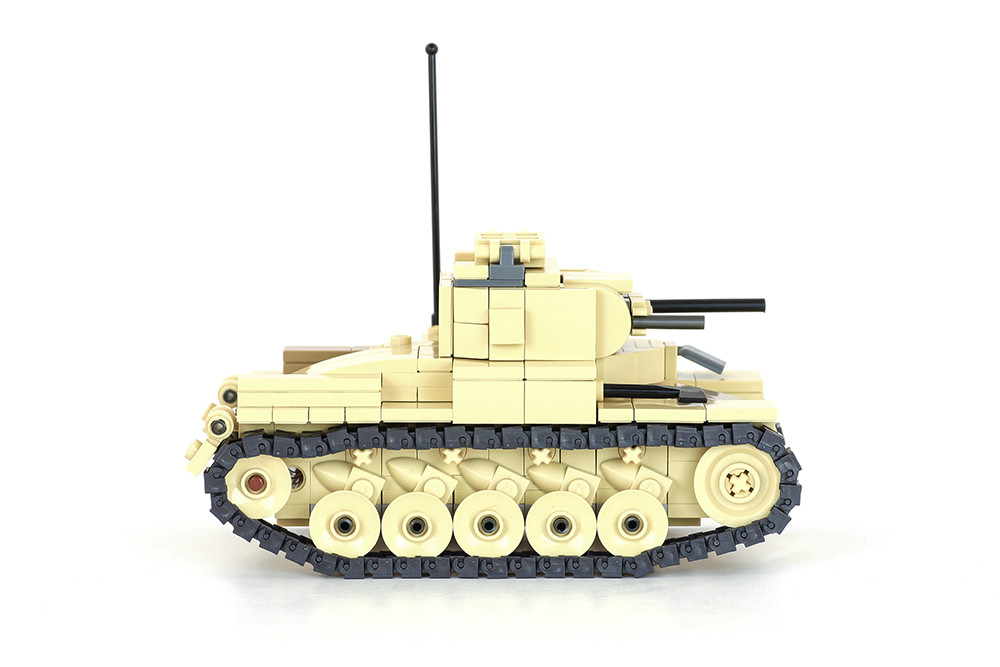 The Panzer II was German light tank of World War II. It was a stop-gap design, rushed into production just prior to the outbreak of fighting,  while the more advanced Panzer III and Panzer IVs were still under development. Armed with a 20mm cannon and MG34 machine gun, the Panzer proved to be a competent design and played a significant role early in the war. It participated in such as the campaigns in Poland, France, Soviet Union, and North Africa. While it was a successful design, the Panzer II’s light armor and weapons would be no match for heavier Allied equipment introduced later in the war. The Panzer II chassis was also used for several self-propelled guns, including the effective Mardar II tank destroyer and the Wespe 105mm howitzer.

The Brickmania Panzer II Ausf C was modeled after the tanks of the Deutsches Afrikakorps, who fought in the desert campaigns of North Africa in 1940-1942.

Features of the Panzer II Ausf C kit include

All Brickmania model kits are made of new-condition elements from LEGO, Brickarms and/or BrickArms. This model comes disassembled, includes printed building instructions, and comes packaged in a sealed box.