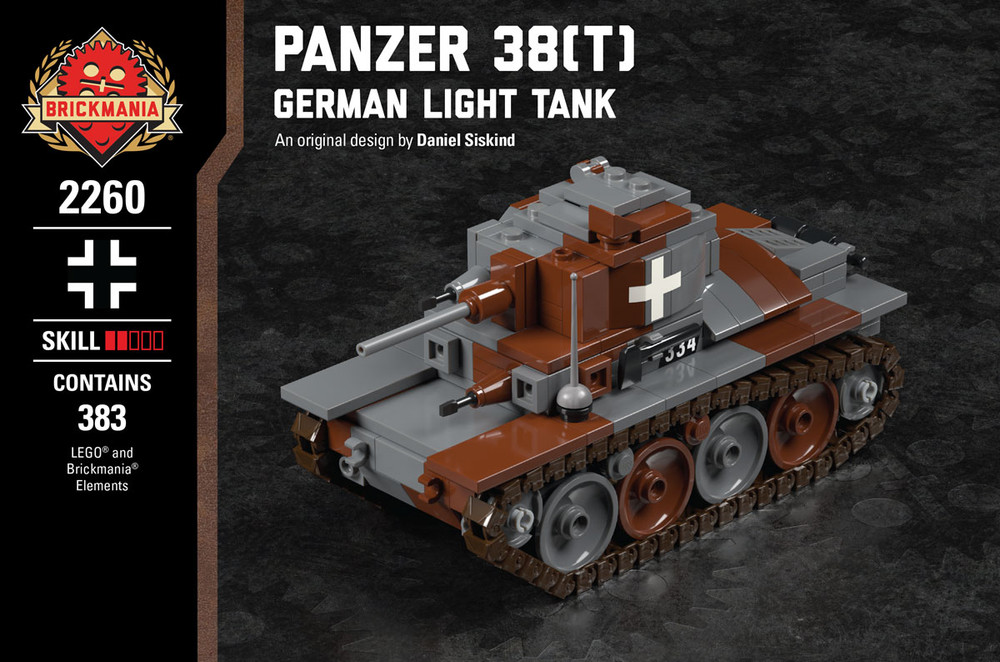 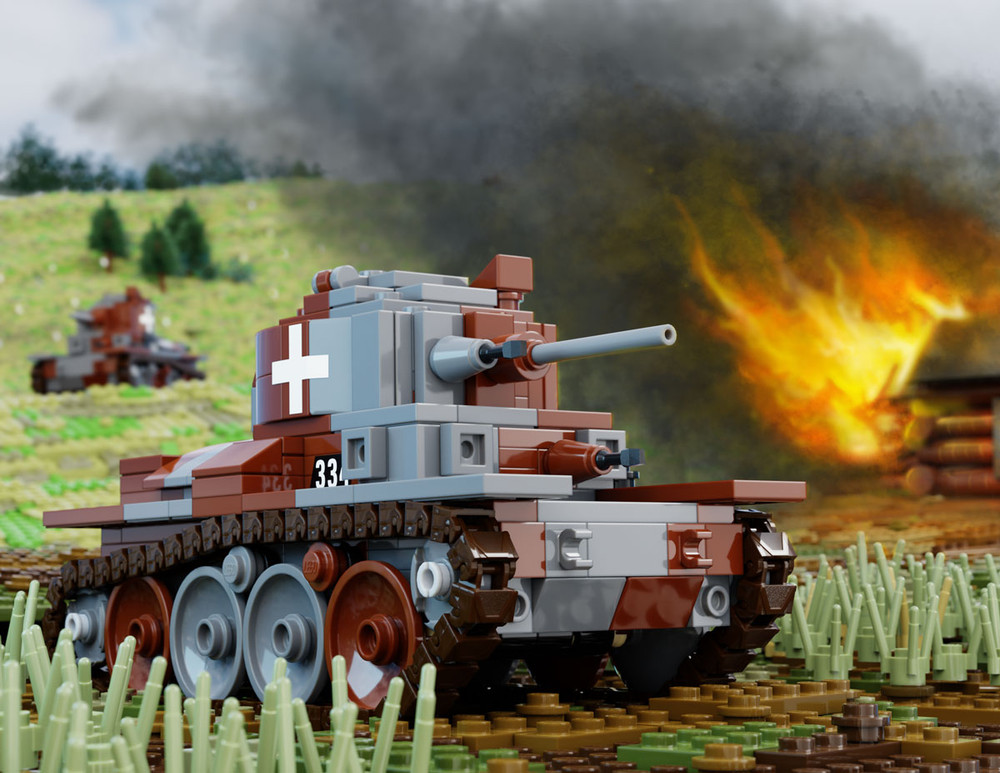 A highly durable and easy to maintain tank, the Panzer 38(t) first saw action in 1939 and was initially very effective and popular. Used in infantry support as well as flanking maneuvers, the 38(t) proved deadly against light tanks and armored vehicles. However, during Operation Barbarossa the 6th, 7th, 8th, 12th, 19th and 20th Panzer Divisions met their match against the Soviet T-34s, and by 1942 had been repurposed for reconnaissance and defensive roles. 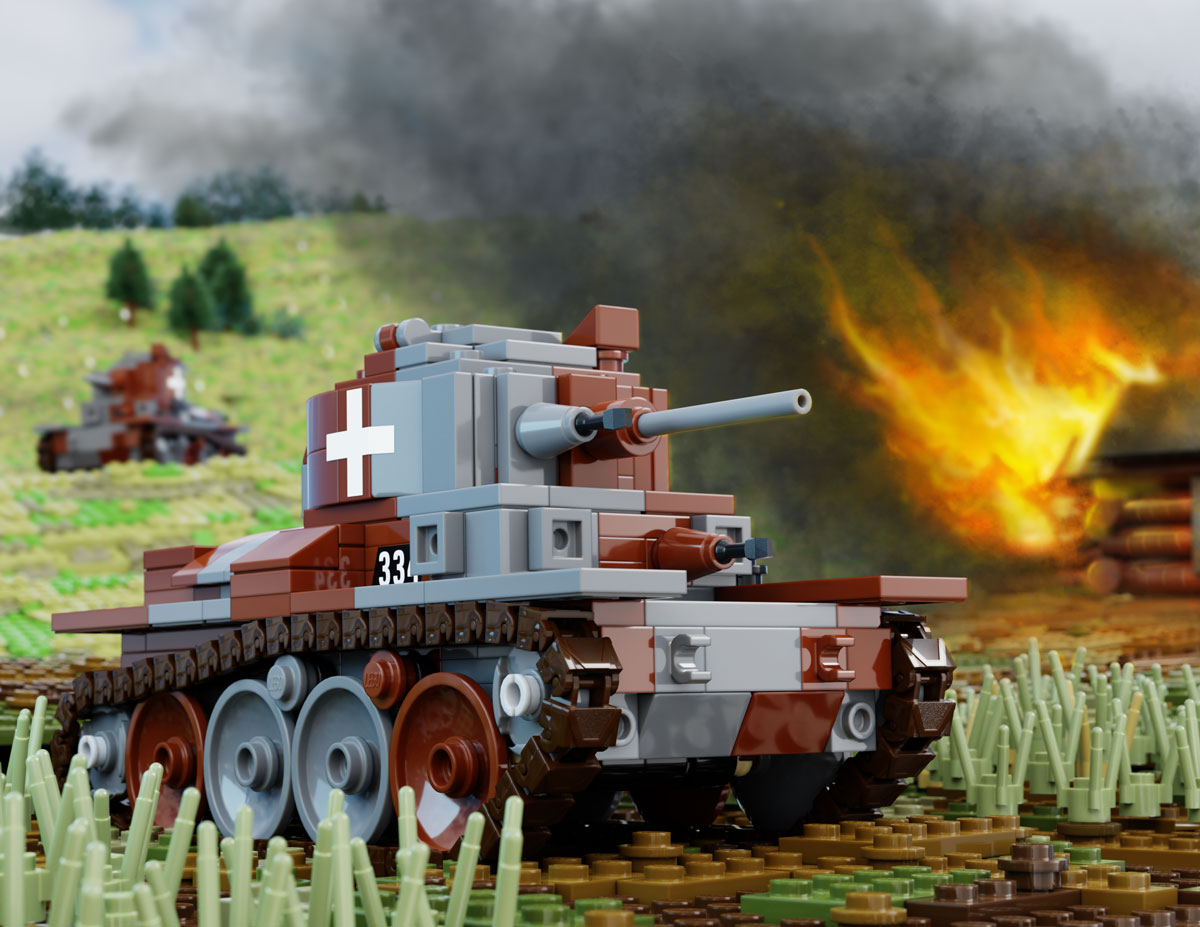 Adorned in an early war style brick-built camo, this Panzer 38(t) model is as classic as the tank itself. Including an opening top hatch, rotating turret and elevating gun, the Panzer 38(t) also includes some updated features such as brick-built exhaust, coaxial machine gun, engine compartment hatch, and an axe — because why not?