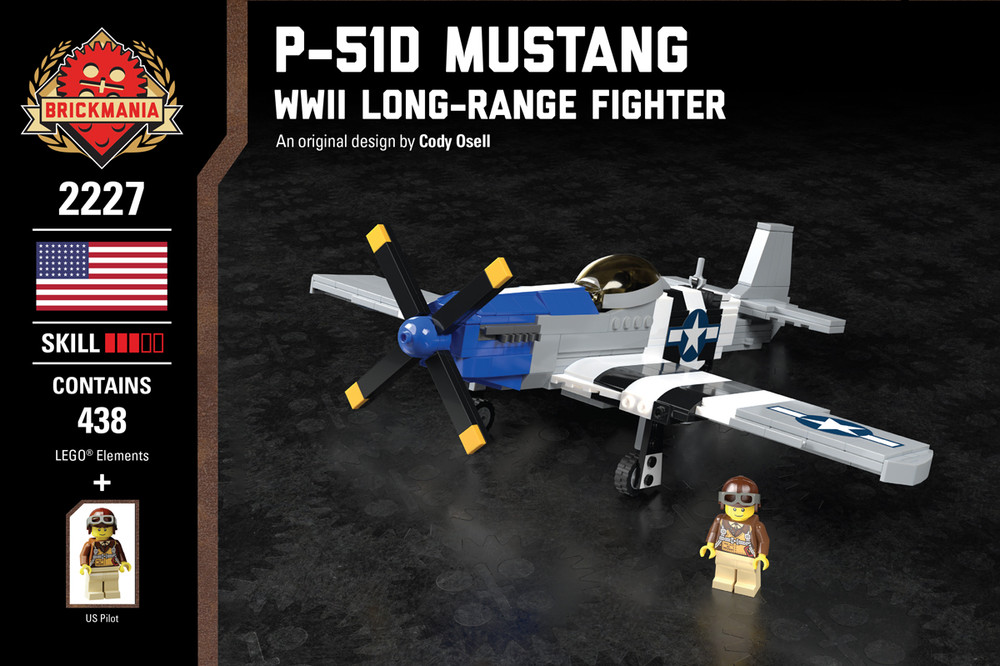 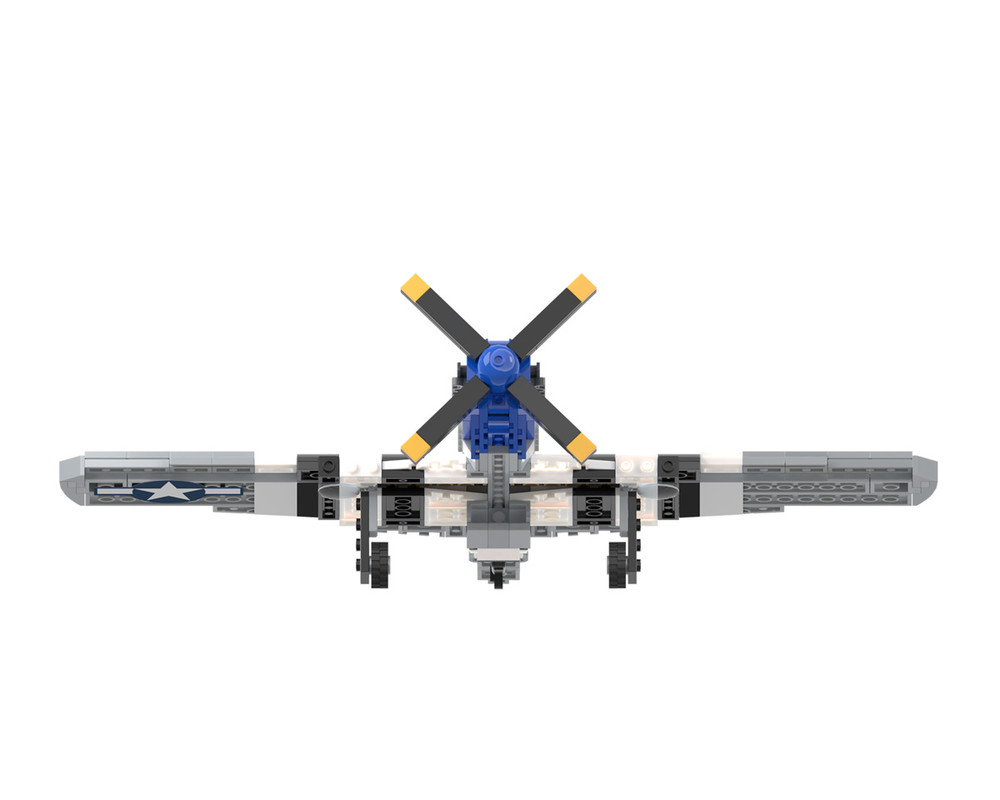 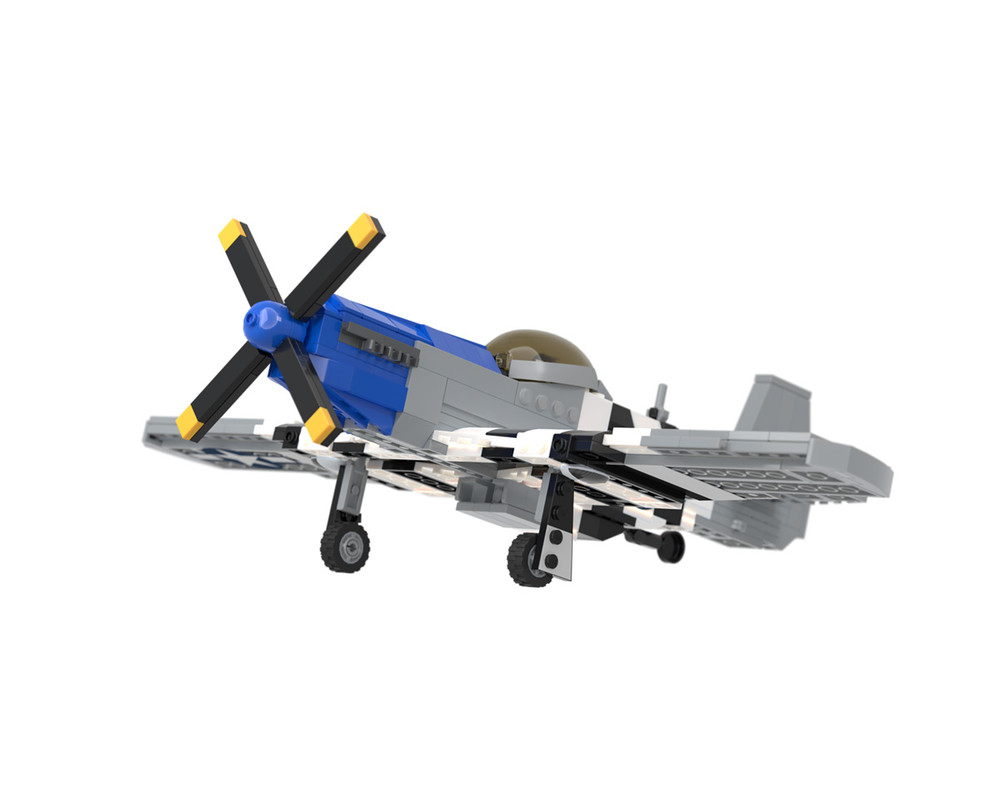 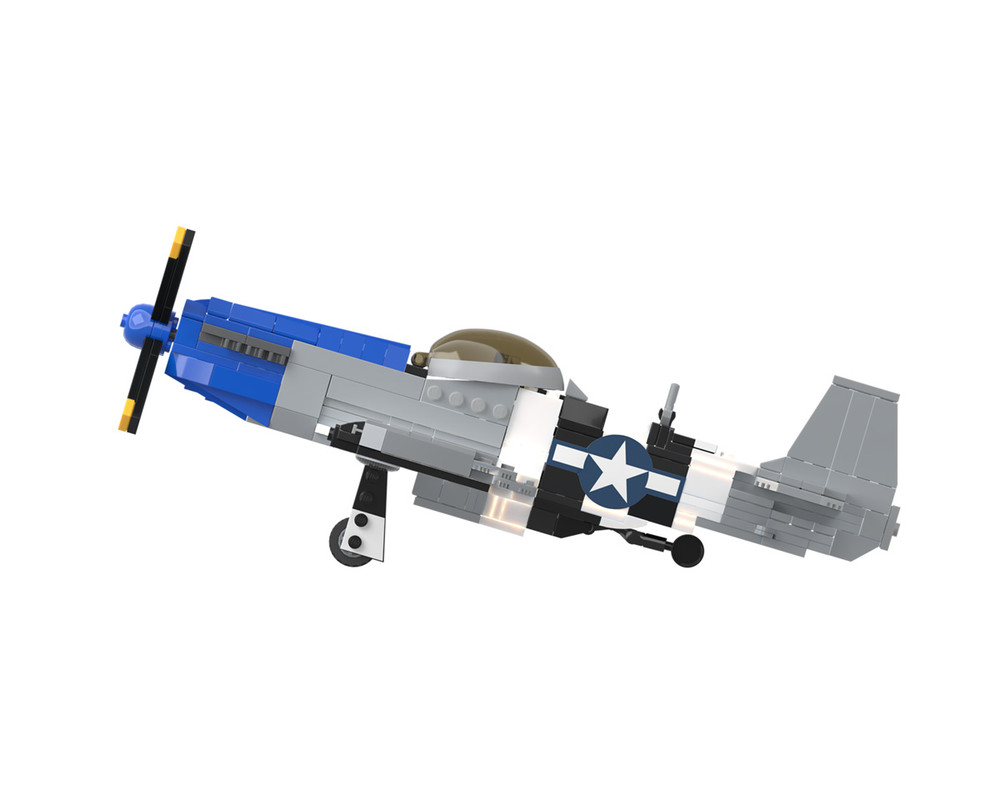 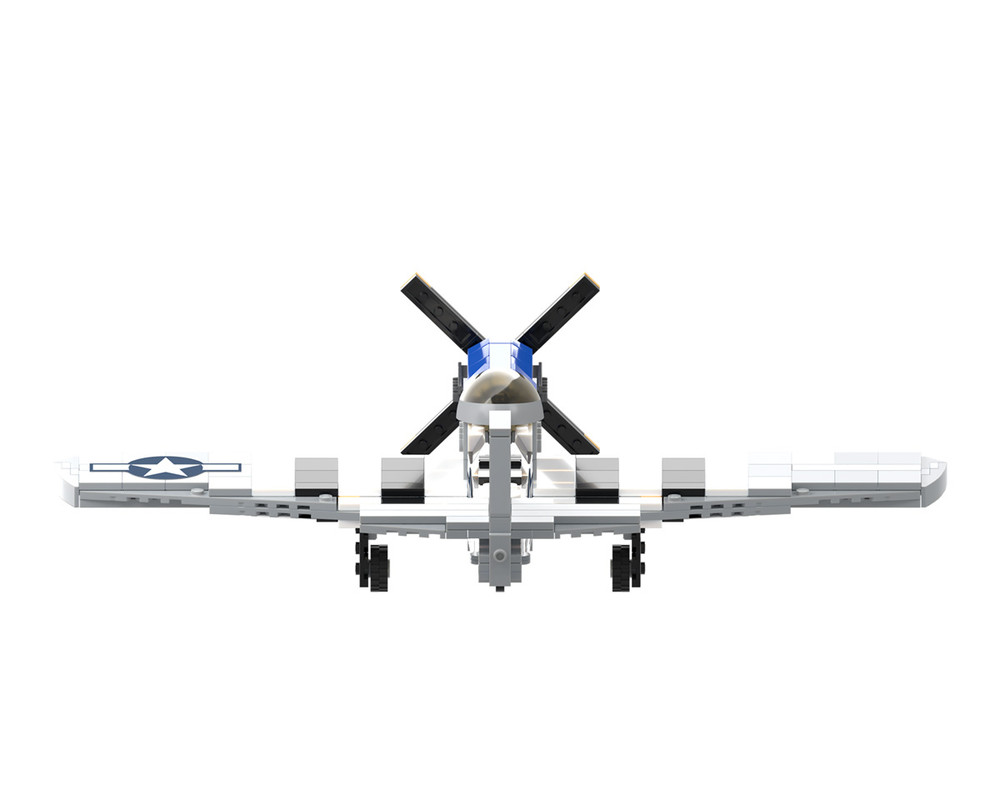 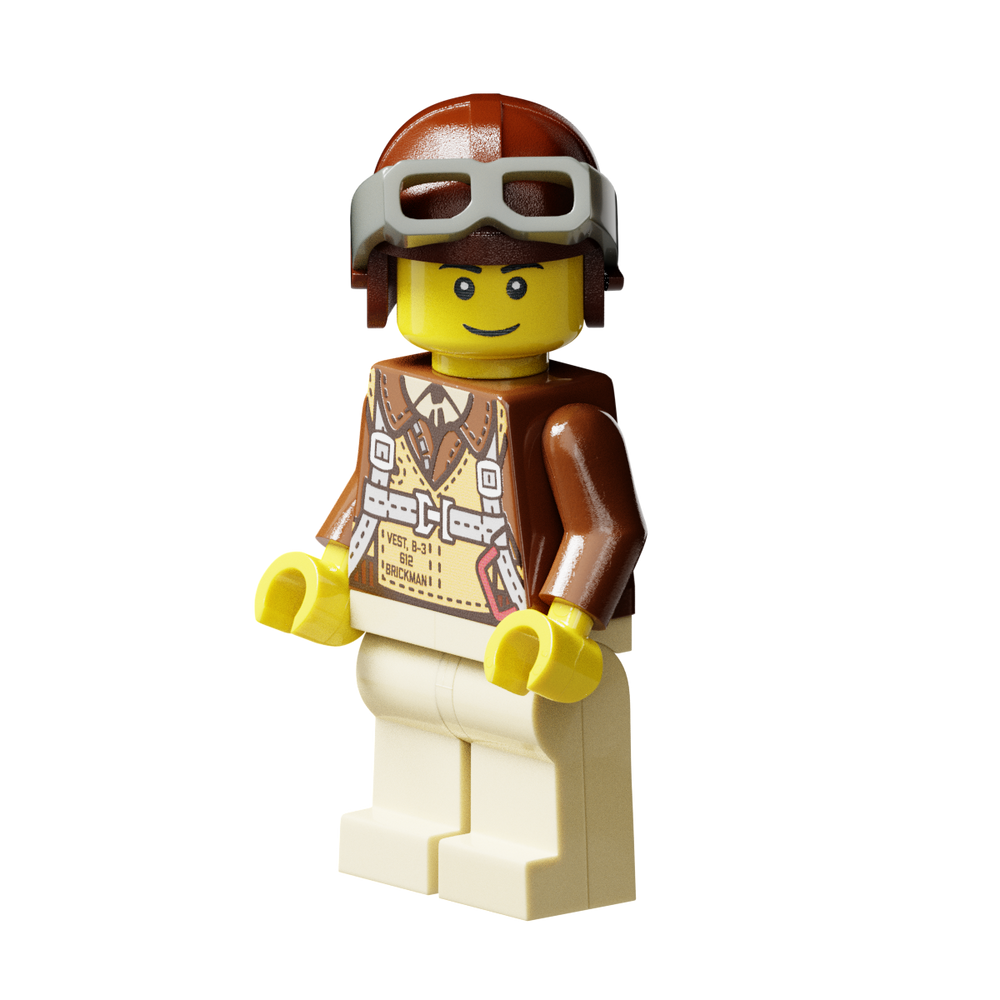 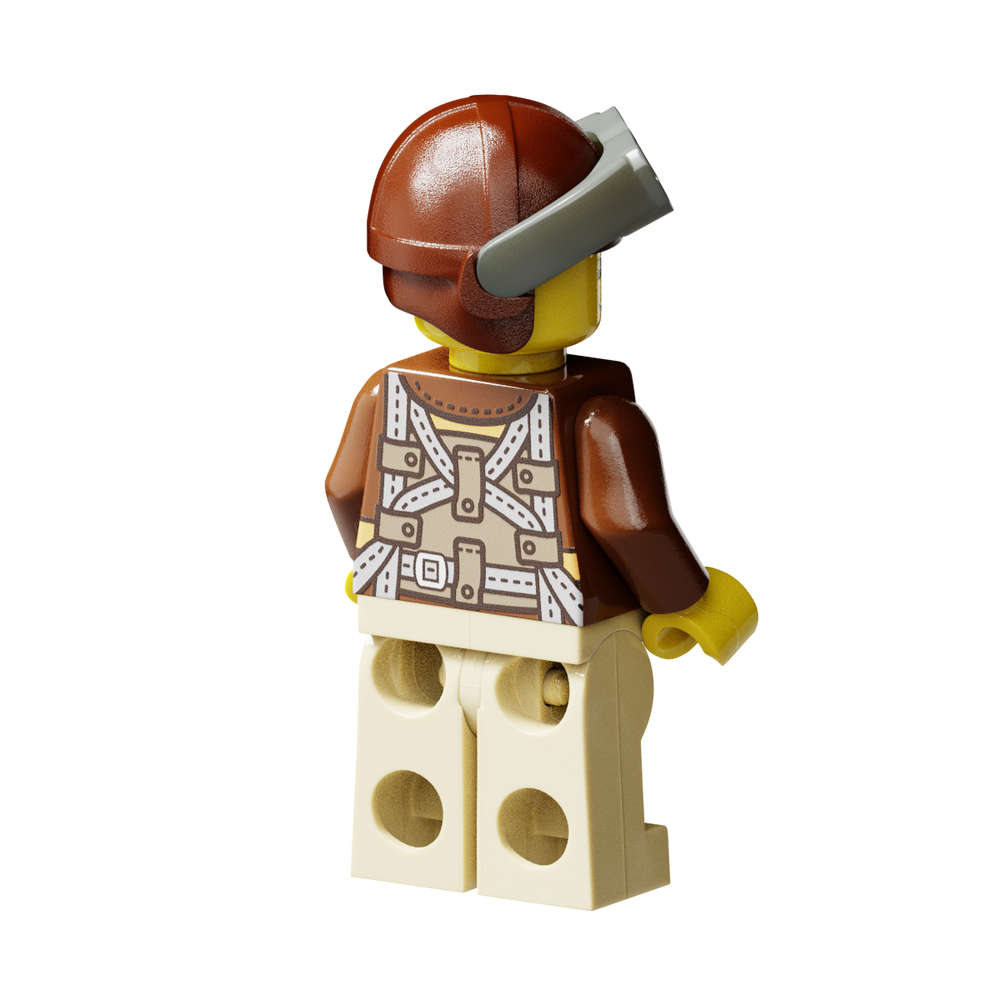 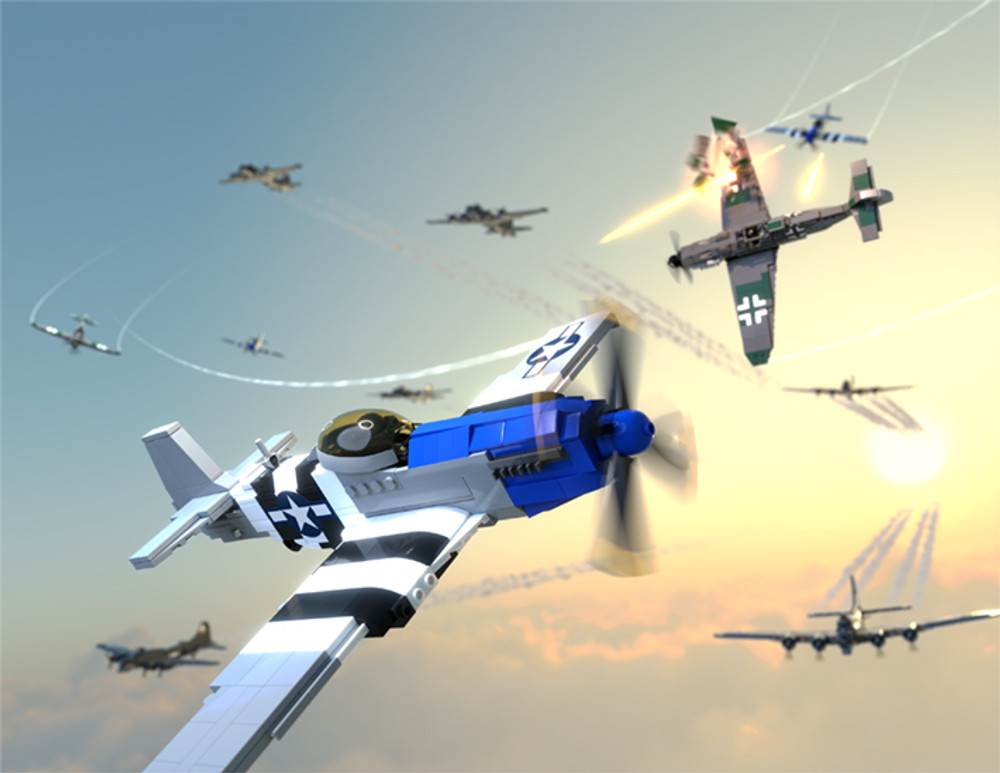 About the P-51D Mustang:

Once piloted by a young Chuck Yeager, the P-51D Mustang was designed in response to heavy losses during the Combined Bomber Offensive, a doctrine developed at the Casablanca Conference. Without adequate long-range fighter protection, casualty rates during these missions reached an unsustainable thirty percent. Developed in 1943, the Mustang could accompany long-range bombers and provide adequate protection from the German Luftwaffe.

Among Mustang pilots, the 352nd Fighter Group produced 27 fighter aces during the war. Known as the “Blue-nosed Bastards of Bodney” for their Mustang’s distinctive blue nose color scheme, these pilots flew missions during several key battles including the Invasion of Normandy, Operation Market Garden, and the Battle of the Bulge. 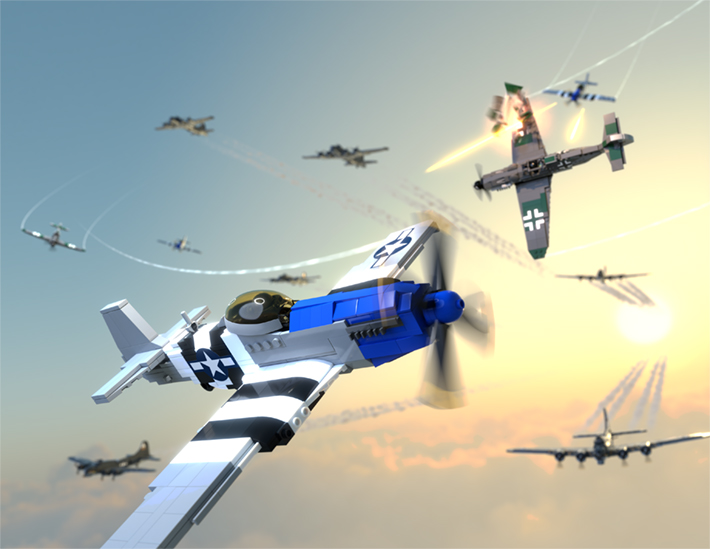 Features of the P-51D Mustang:

Outfitted with the iconic blue nose and invasion stripes, the Brickmania P-51D Mustang offers an authentic replica to the real thing. The kit has several cool features including retractable landing gear, spinning propeller, and brick-built color scheme. Included with the kit is a custom-printed American pilot minifigure, printed elements, and a high-quality sticker sheet.