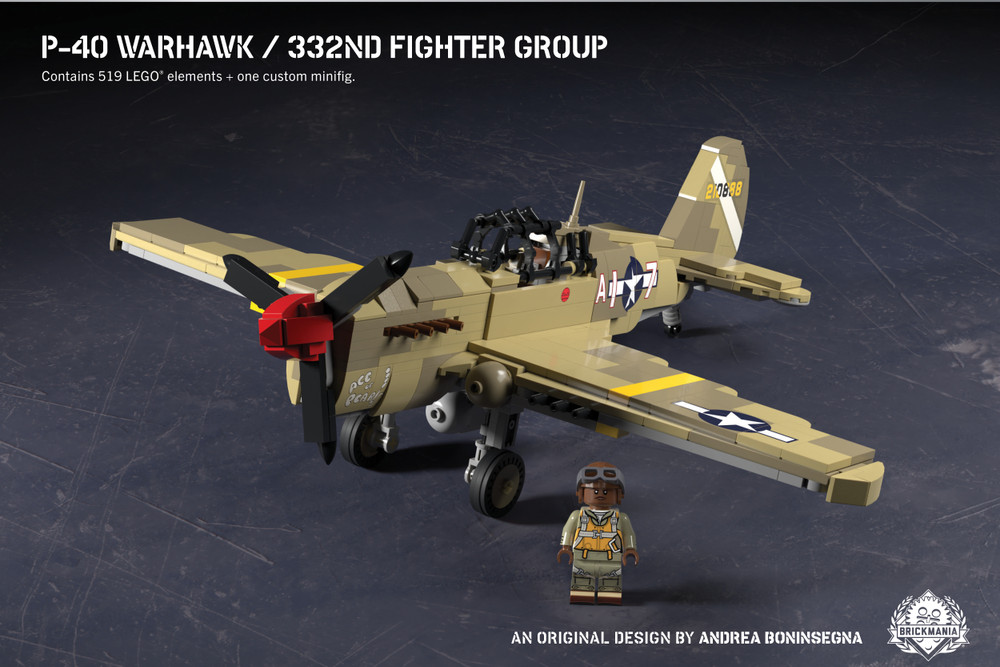 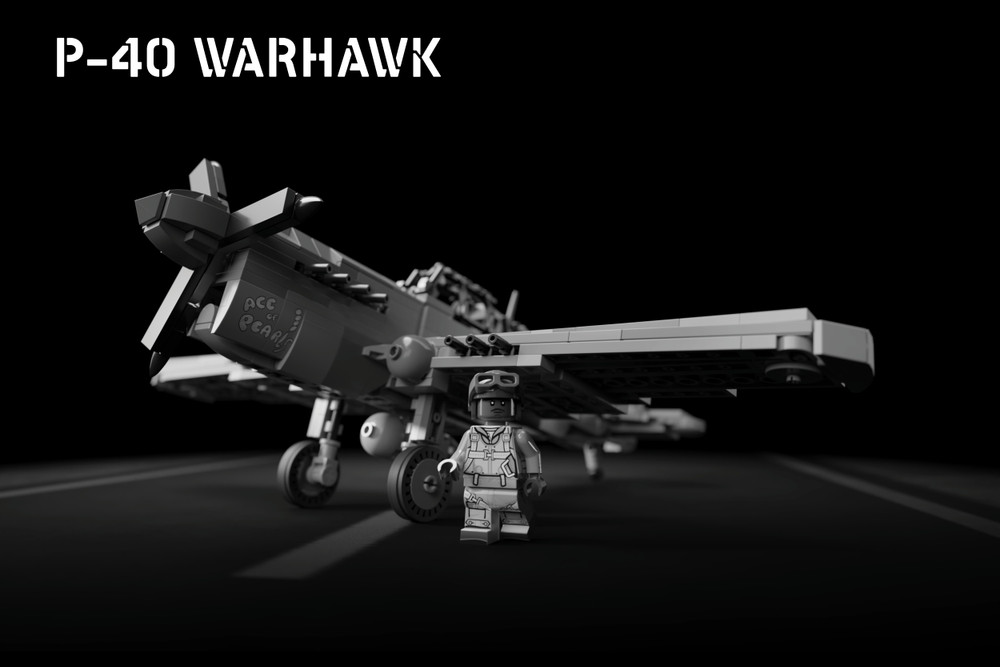 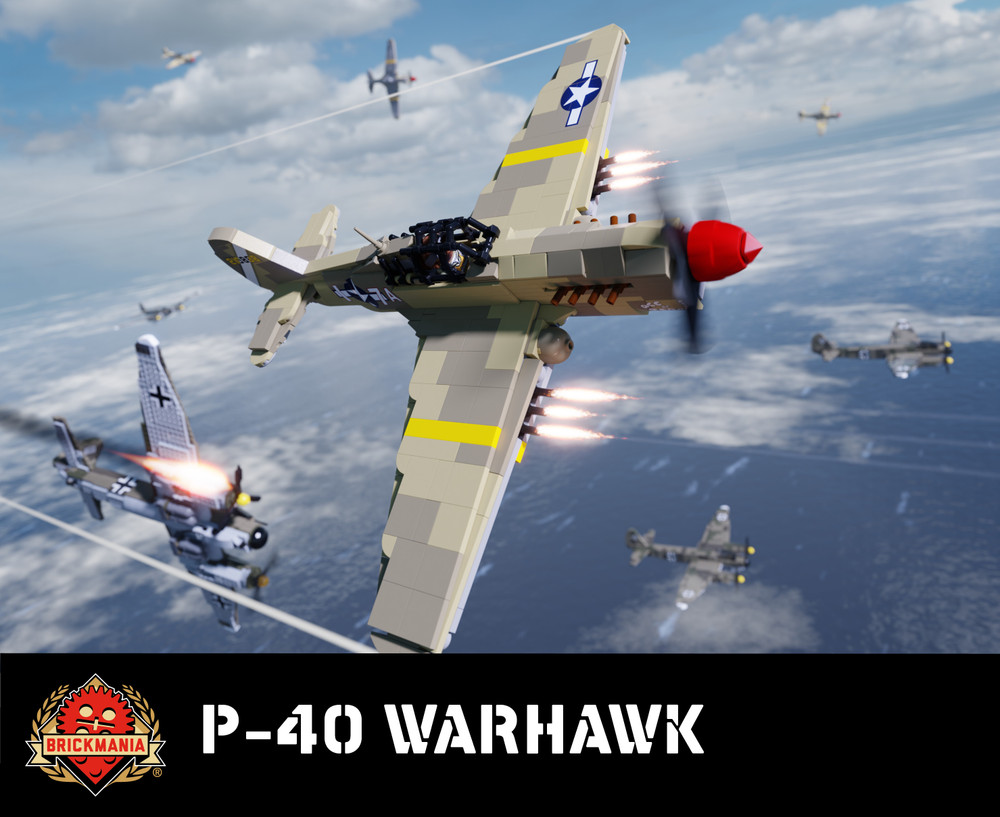 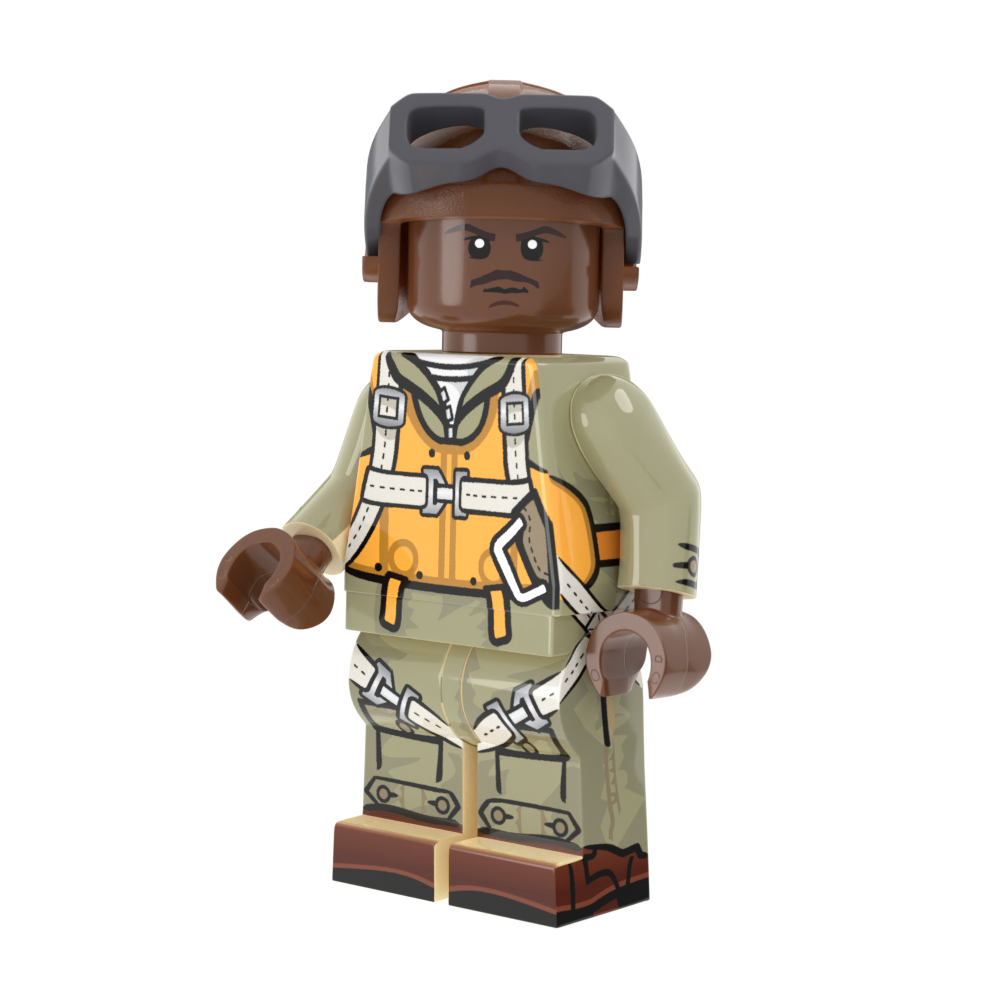 The P-40 Warhawk was the United States’ most competent and widely available fighter craft at the start of World War II. The P-40 saw early action at Pearl Harbor, in the Philippines, and by American volunteers over China. The Warhawk served in every theater of the war, even while being outclassed by its counterparts in Germany and Japan. While the P-40 had shortcomings in speed and altitude, its sturdiness and ease of mass production made it the workhorse of the American air assault. The P-40 was armed with six .50 caliber Browning machine guns and could carry up to 500 lbs. of bombs.

The P-40 was used by several famous and renowned units throughout the war, but the 332nd Fighter Group, also known as the Tuskegee Airmen, might be the most important. Founded out of the segregated Tuskegee Army Air Field in 1941, the airmen of the 332nd went on to fly 15,000 individual sorties in Europe and North Africa. Their performances and exemplary service earned over 150 Distinguished Flying Crosses. While their service during the war was impressive, the legacy they created and left after the war was remarkable. President Harry Truman signed Executive Order 9981 on July 26, 1948, which desegregated the U.S. Armed Forces and mandated equality of opportunity and treatment for all service members. Adding to the Tuskegee legacy, Benjamin O. Davis Jr. became the first Black general in the U.S Air Force while Daniel “Chappie” James Jr. became the first Black four-star general in 1975. 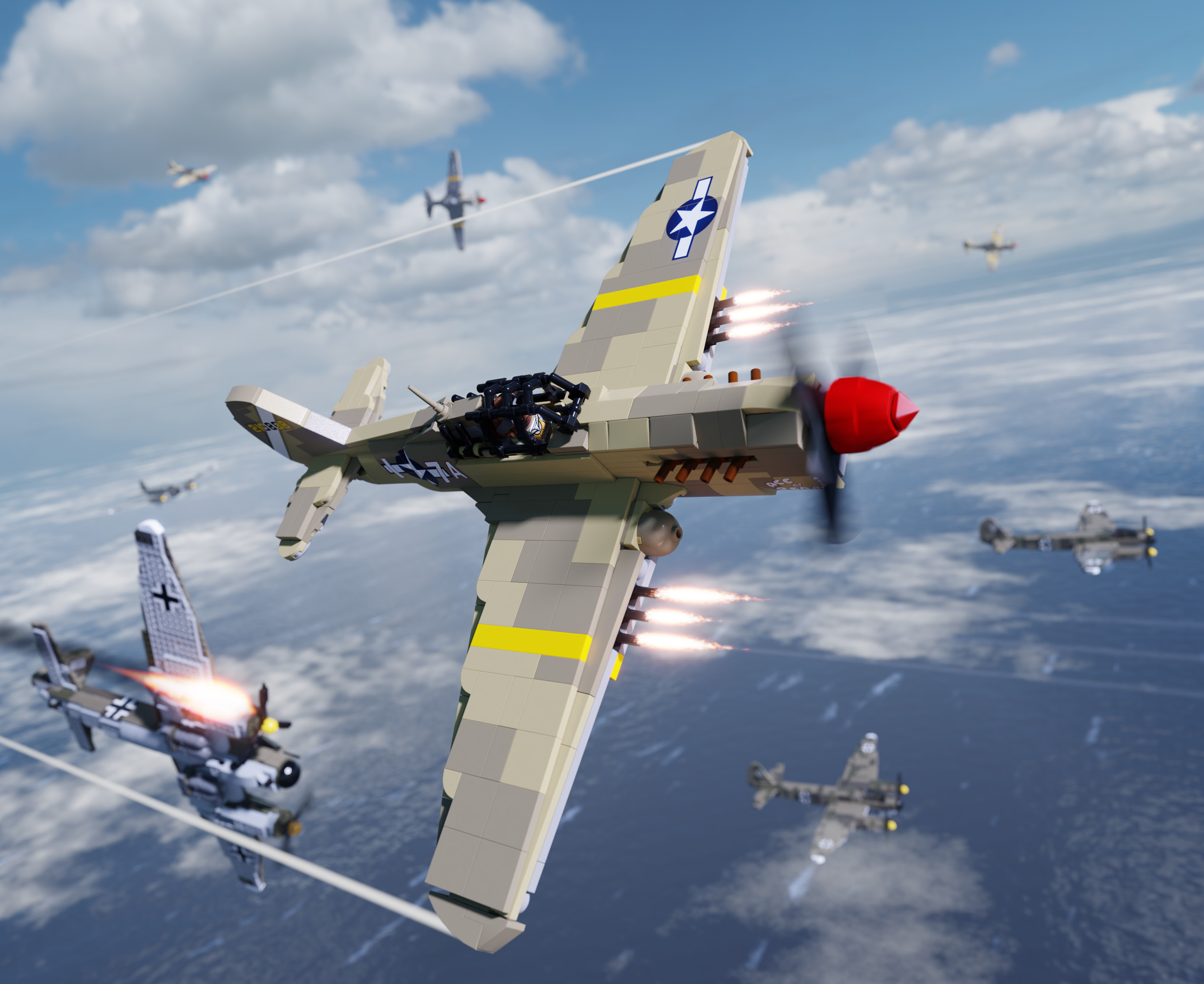