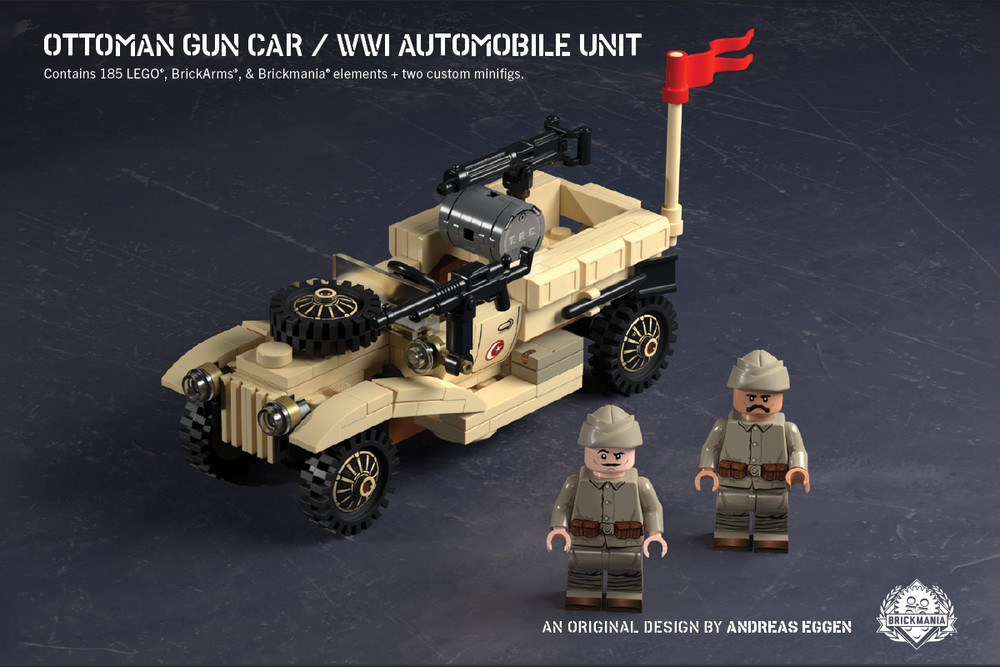 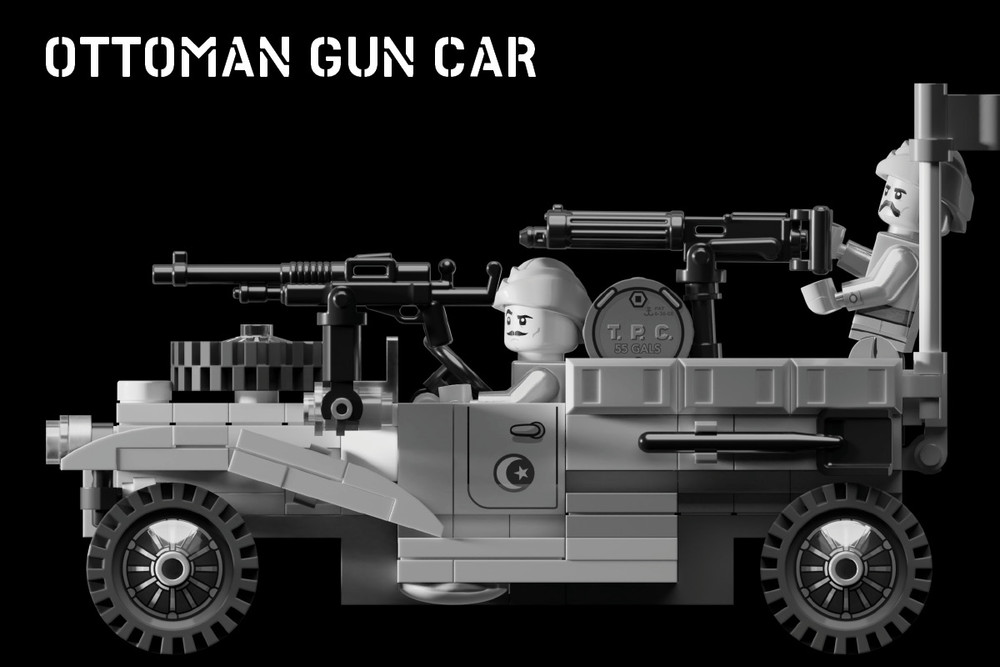 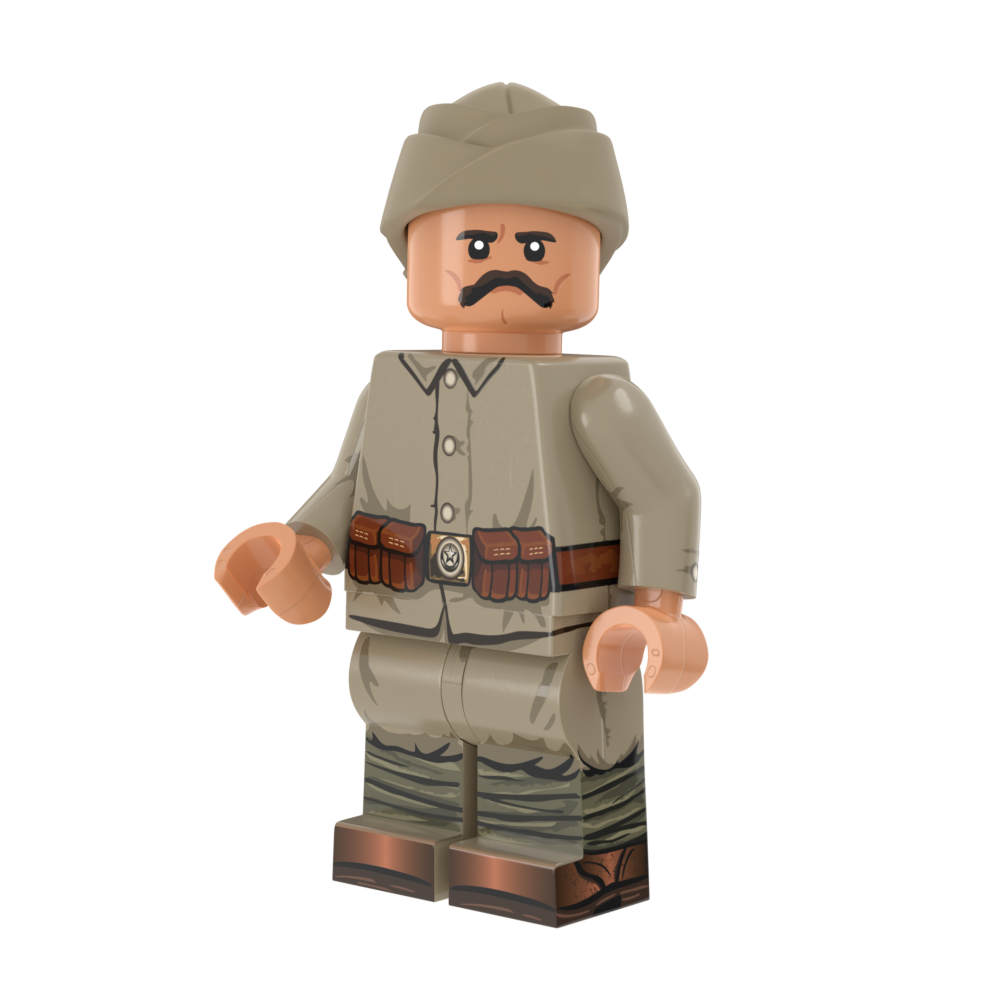 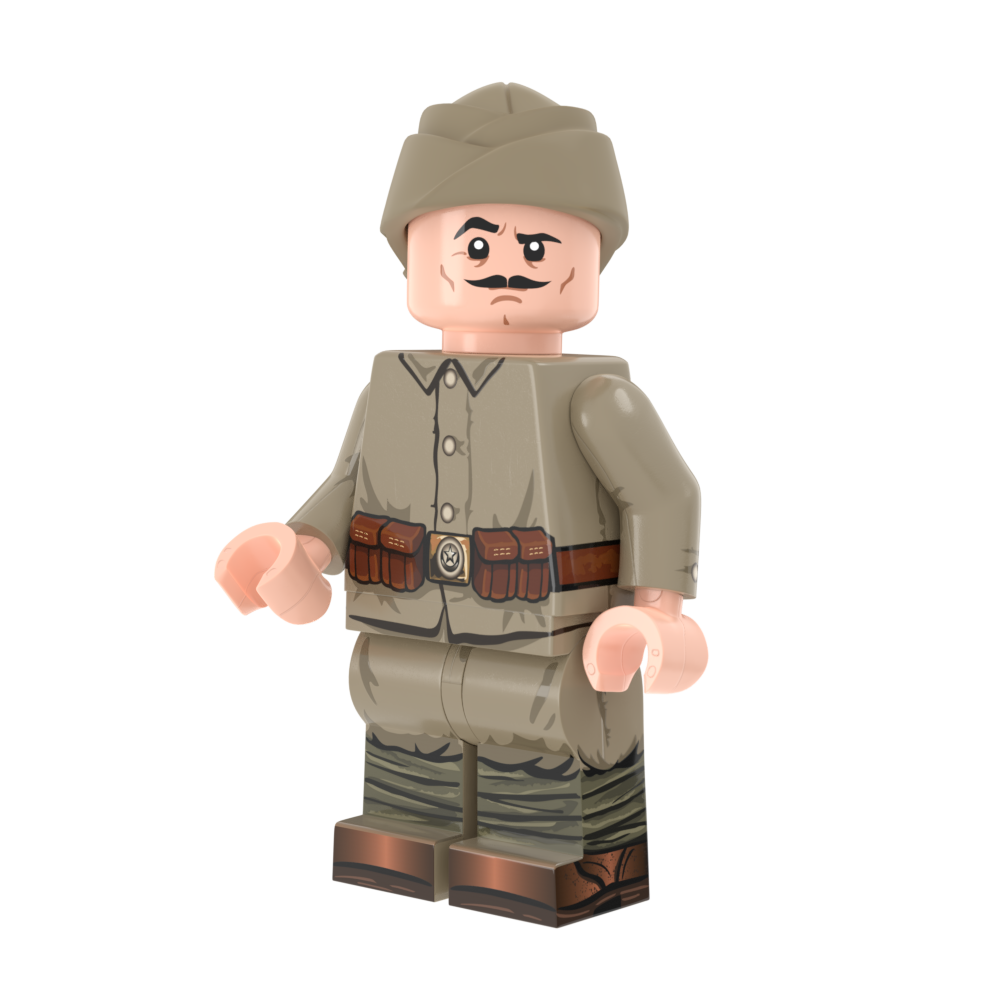 The Ottoman Gun Car was part of the greater advancement of military thought on the “modern” battlefield of World War I. The Ottoman Army possessed several automobile units formed under the Transport Branch. These units saw service throughout the Middle East. The cars themselves varied and were largely adapted from touring cars of the day (open air cars that lacked a permanent roof and had, at minimum, four seats). Many were former officer cars outfitted with machine gun brackets and other field-expedited upgrades. Main armament was the venerable Maxim-designed machine gun, imported by their fellow Central Powers ally, the Germans.

Most of what is known about Ottoman Gun Cars comes from the Australians, who primarily fought in the Mesopotamia and Palestine campaigns. An Australian account mentioned a captured Ottoman armored car in 1918—however, the note doesn’t mention the vehicle type. It is presumed that it was an army officer’s car equipped with a machine gun.

Gun cars provided added firepower and convoy protection to infantry units throughout the war. The larger importance of gun and armored cars during the Great War was the advancement of mechanized infantry strategy that played heavily in future conflicts.

From printed elements to a custom crew, the Ottoman Gun Car kit has it all! The build features no stickers, all details are printed and include door markings, oil drum, ammo cans, wheel spokes, and more. Also featured are a pair of custom minifigs with original artwork and 3D printed kabalak hats and a pair of mounted BrickArms® machine guns.