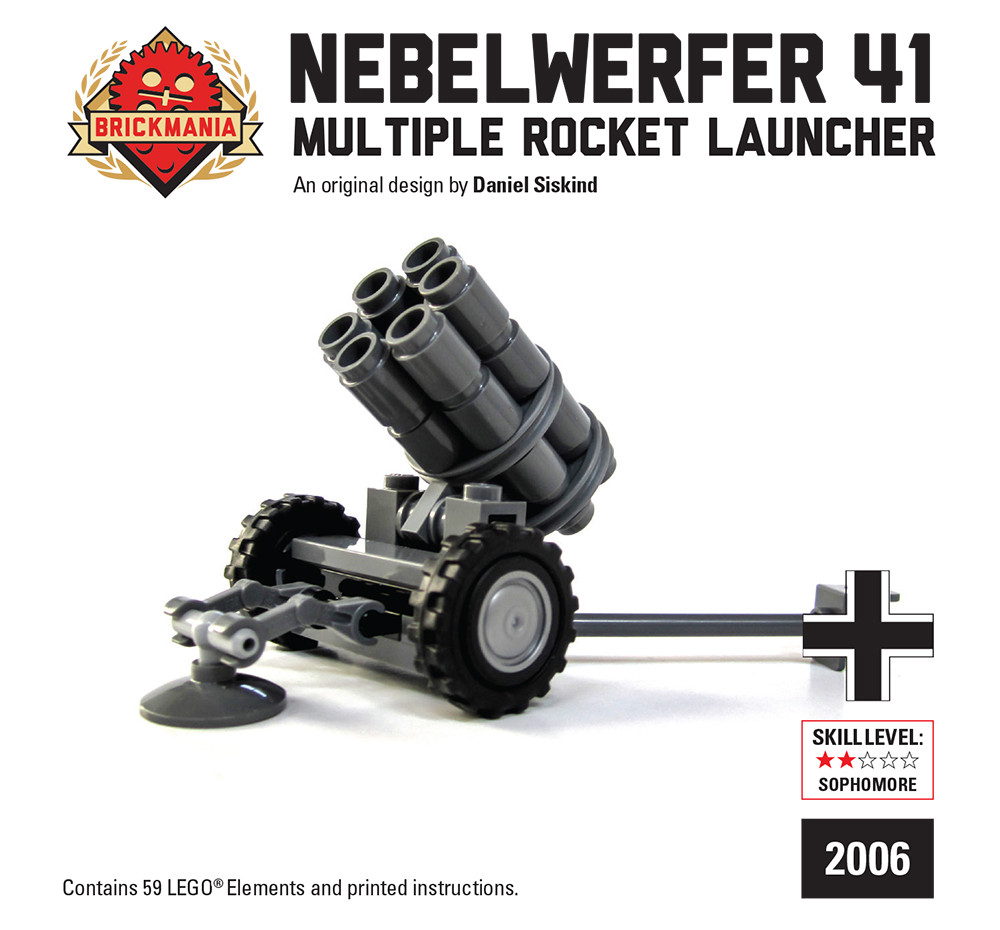 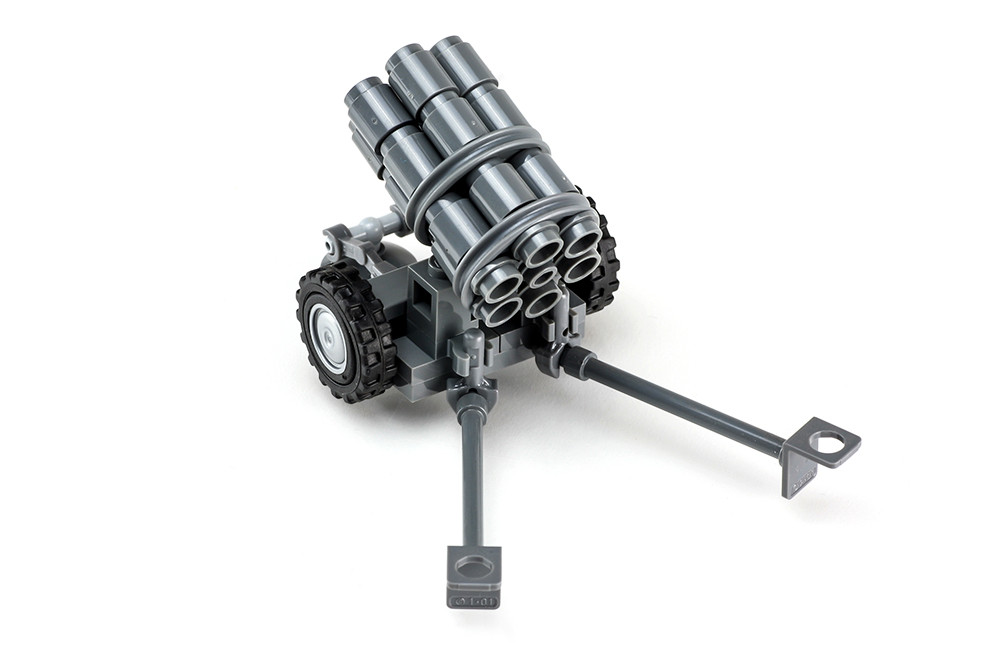 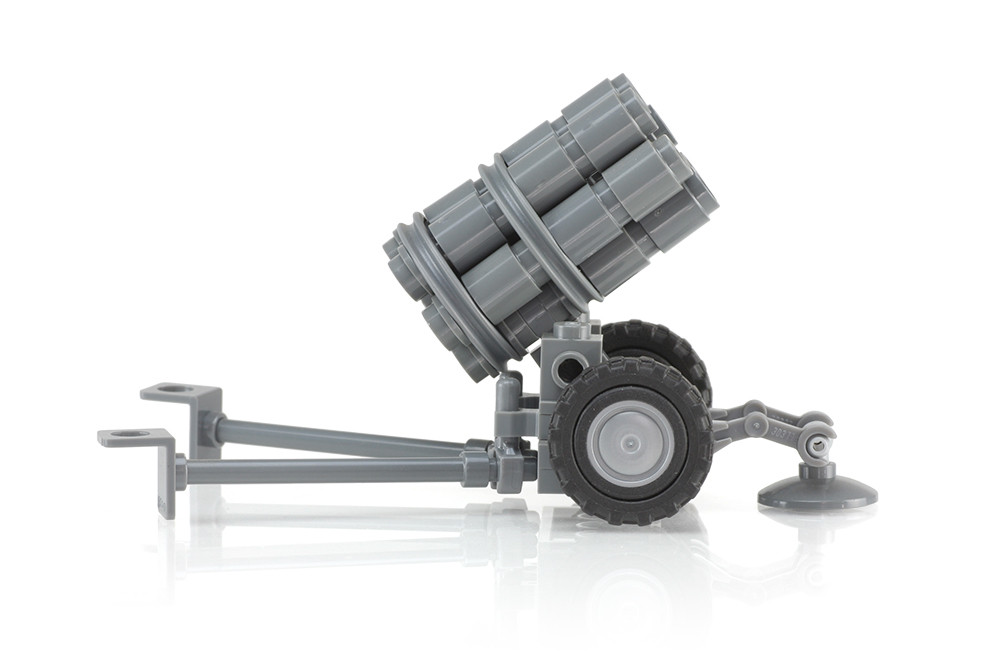 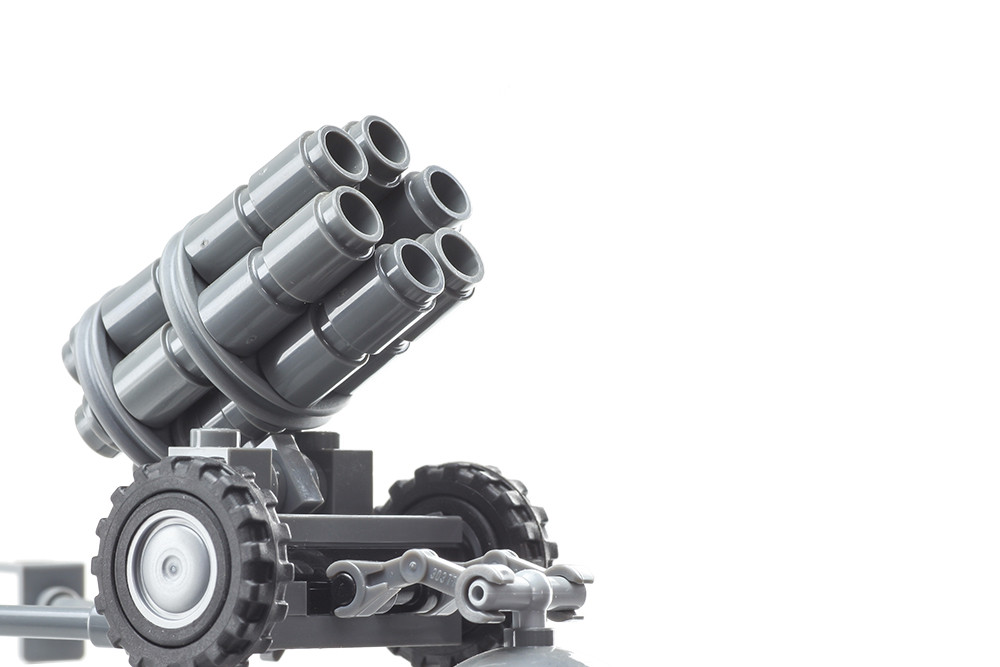 The Nebelwerfer, which means “smoke thrower”, was a rocket launcher used by the Nebeltruppen. The launcher was portable and had a range of 6,900 metres (7,500 yd). Its six barrels could be fired simultaneously. The Nebeltruppen functioned like the US Army's Chemical Corps, using launchers to throw smoke, poison gas, and explosive weapons into enemy territory. Almost five and a half million 15 cm rockets and six thousand launchers were manufactured over the course of the war. The American soldiers in Sicily named the gun the “Screaming Mimi”, referencing the loud scream-like quality of the incoming artillery. 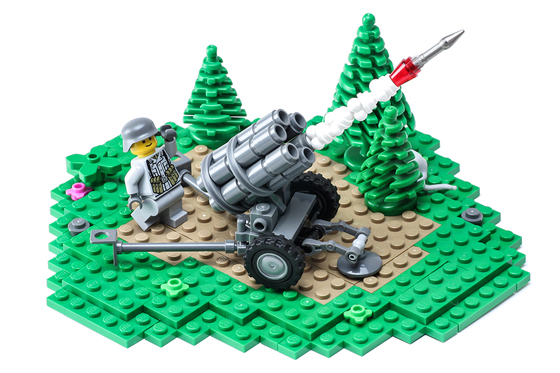 This Brickmania model kit is made from genuine unused LEGO bricks and is shipped disassembled. Also included are full-color printed building instructions and is packaged in a sealed box. All Brickmania building kits are limited production and may be discontinued at any time.