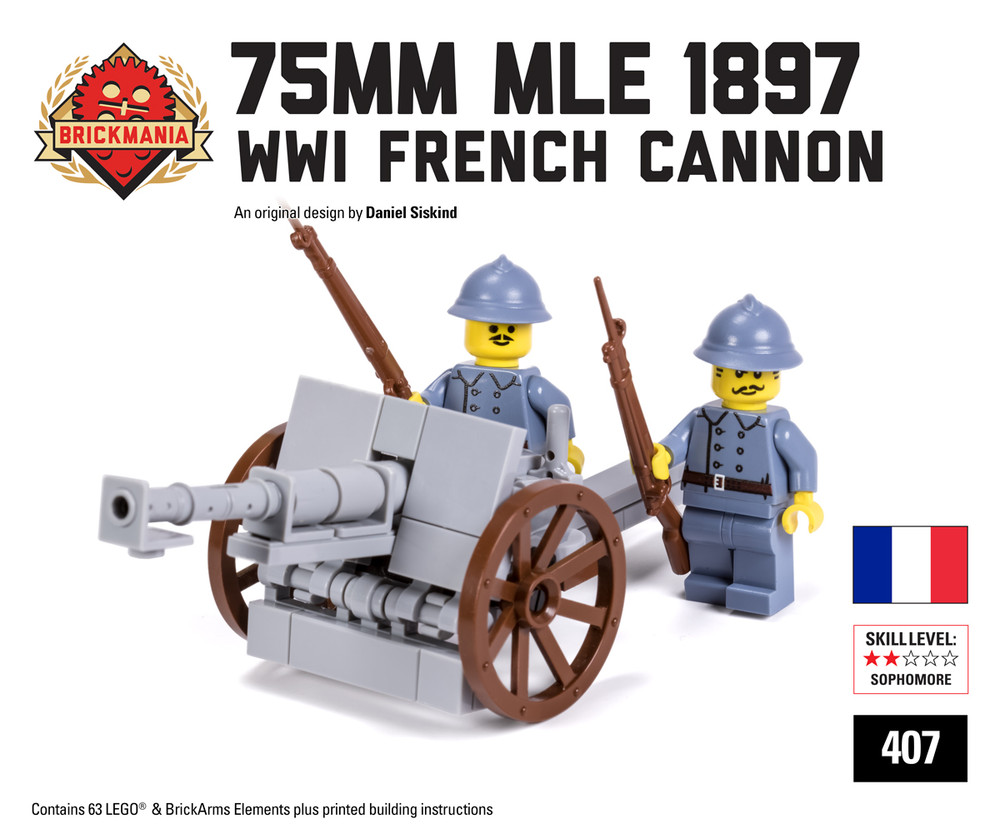 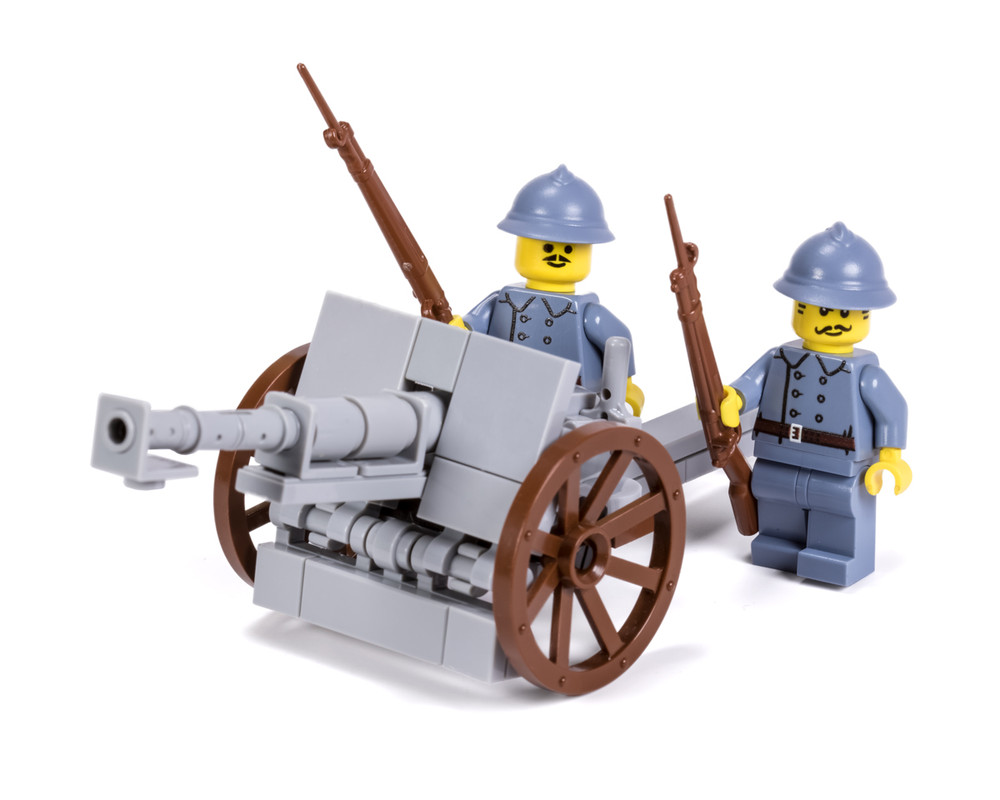 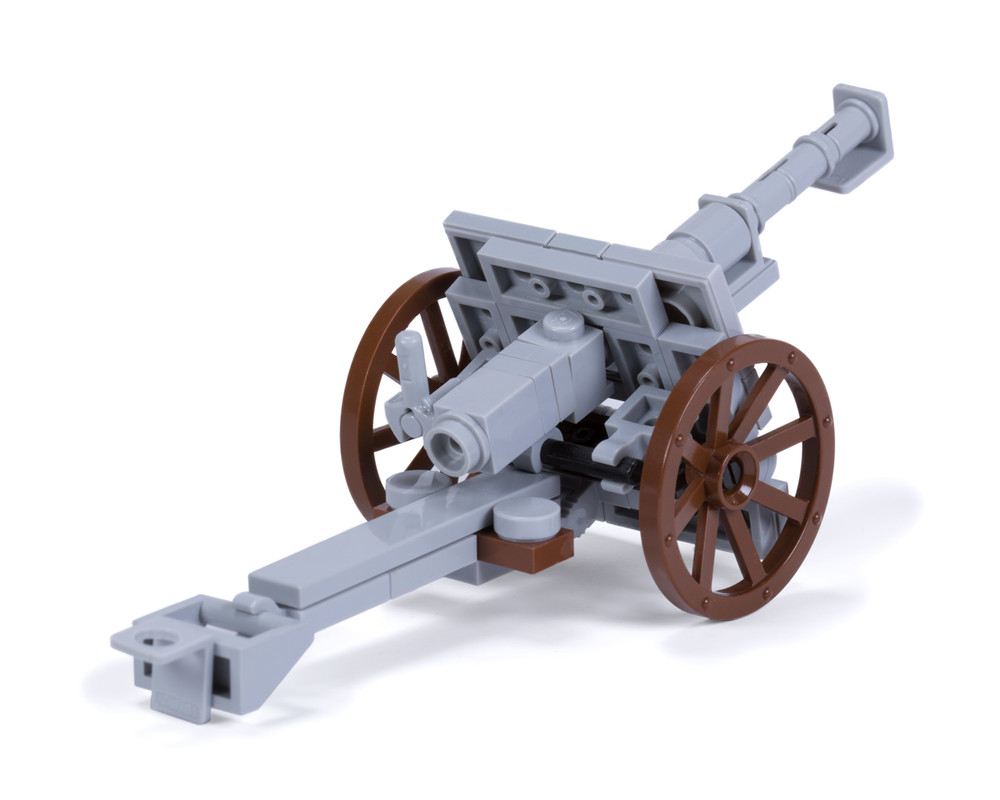 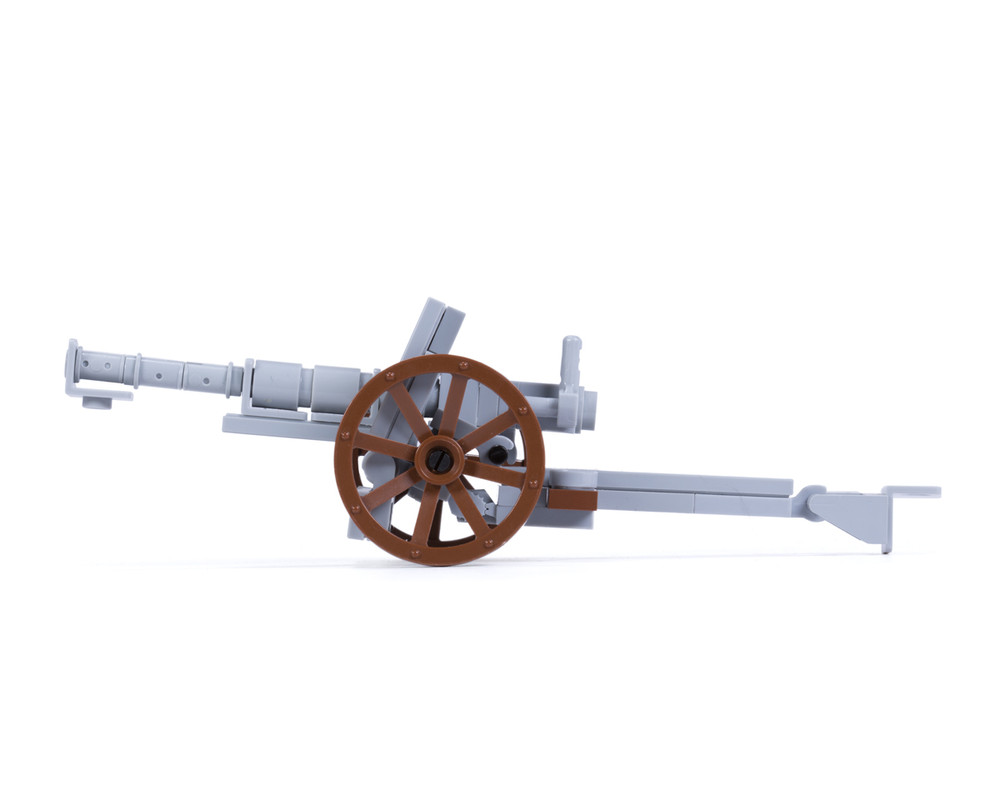 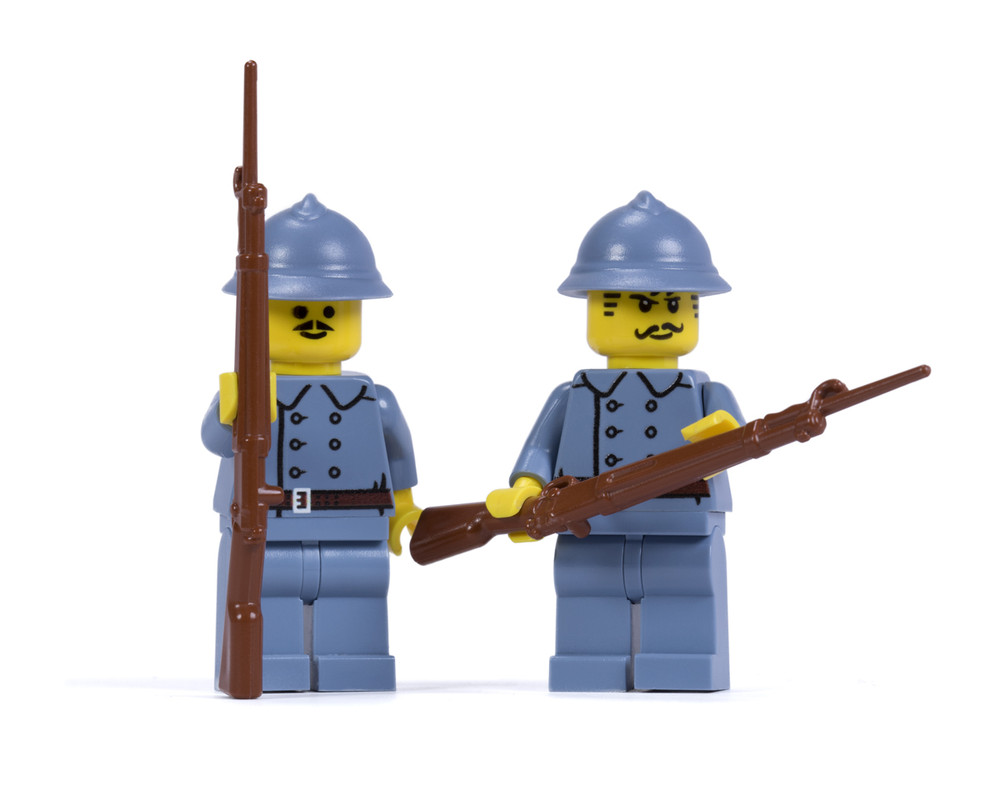 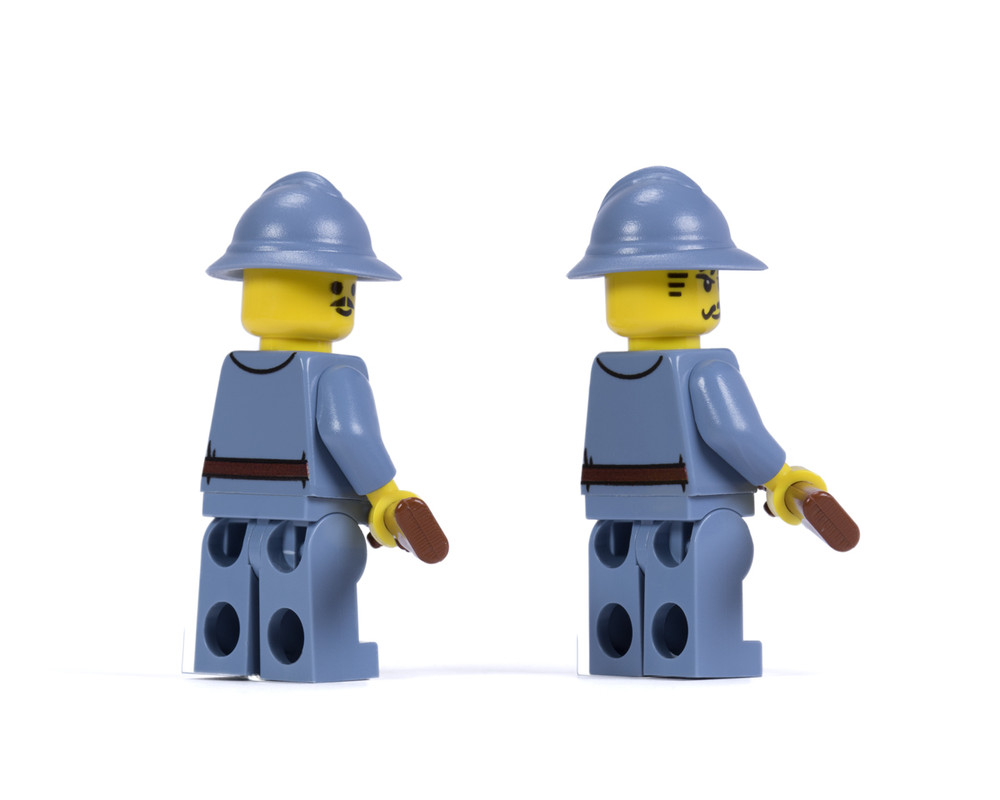 The French 75mm Field Gun ("Matériel de 75mm Mle 1897") is considered to be the first modern artillery piece. Adopted by the French Army in 1897, it was the first gun to be equipped with a hydro-pneumatic recoil system. This system allowed crews to continue firing without having to correct the aim. A well-trained 75mm crew could fire at the rate of thirty rounds per minute. Originally designed to deliver shrapnel rounds against large infantry formations, the battle conditions of World War I saw the adaptation of high explosive and chemical warheads. In addition to being the main artillery piece of the French Army, more than 2000 were supplied to the American Expeditionary Force during World War I. This gun would continue to be used through the Second World War. 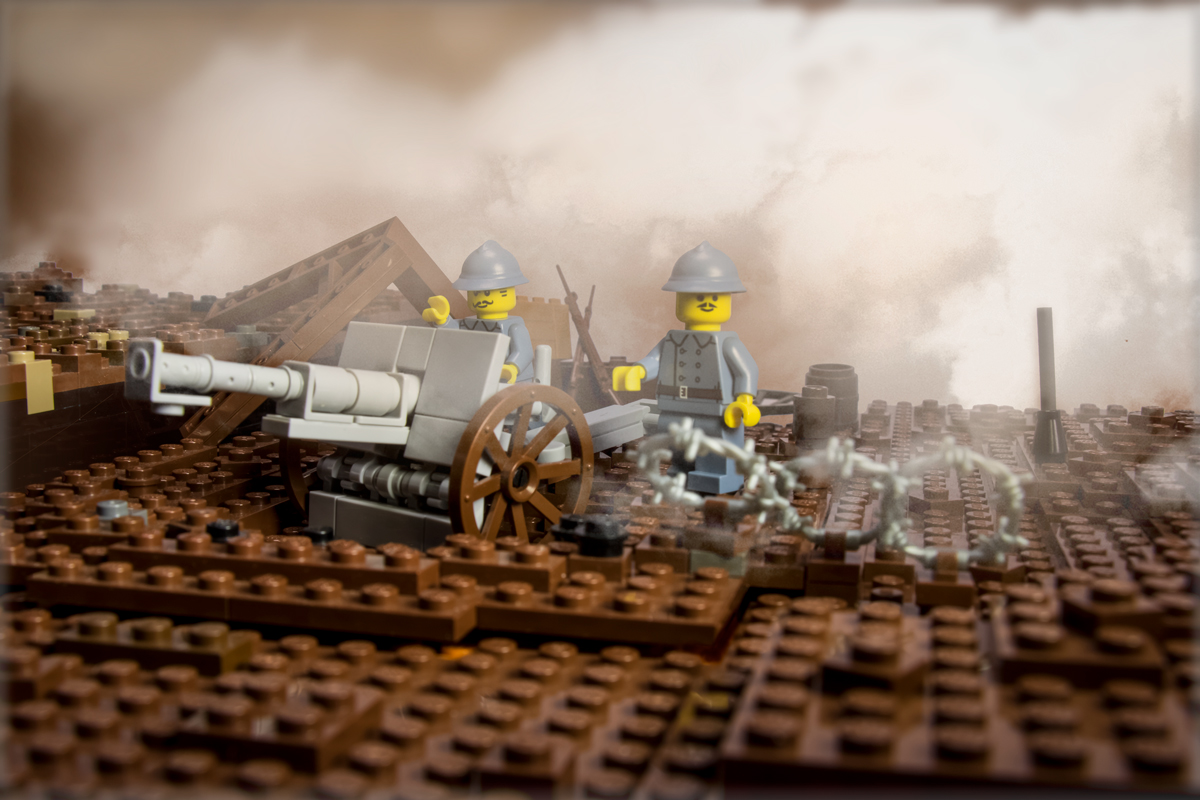 The 75mm Mle 1897 has the following features

• 1/35 scale to match other Brickmania models

All Brickmania model kits are made of new-condition LEGO bricks. This model comes disassembled, includes printed building instructions and comes packaged in a sealed box. This is a limited edition kit and production may be discontinued at any time.