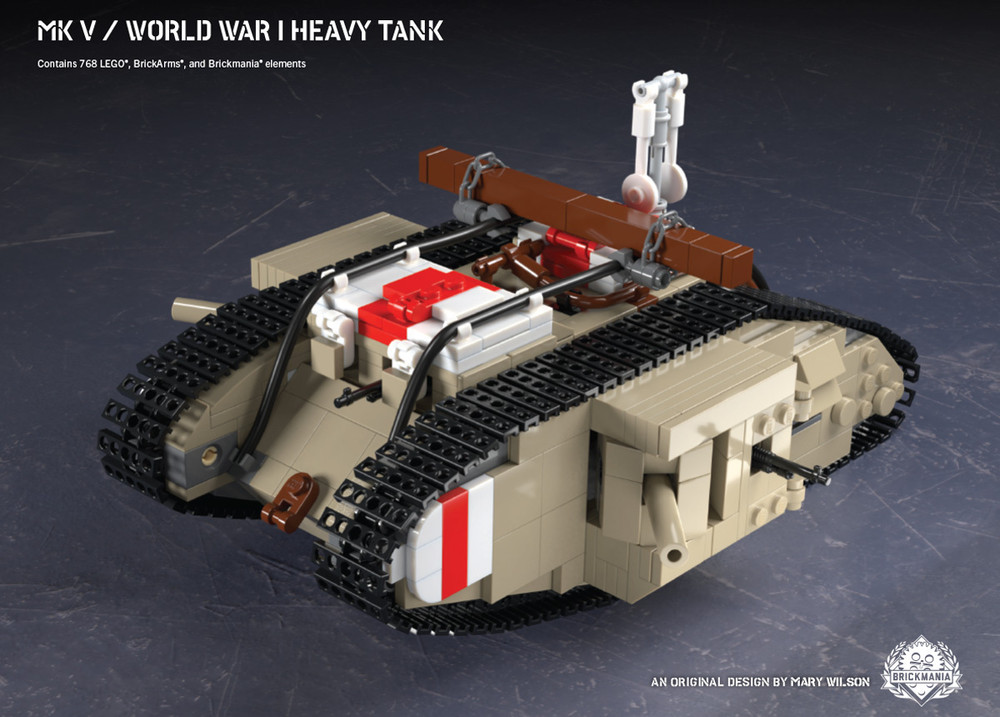 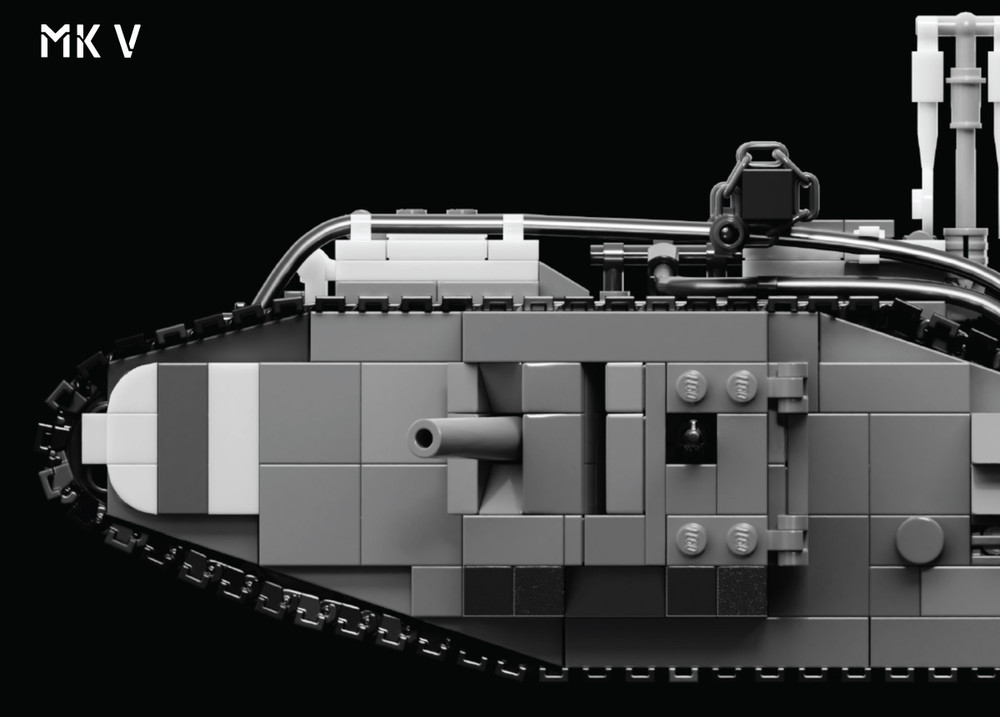 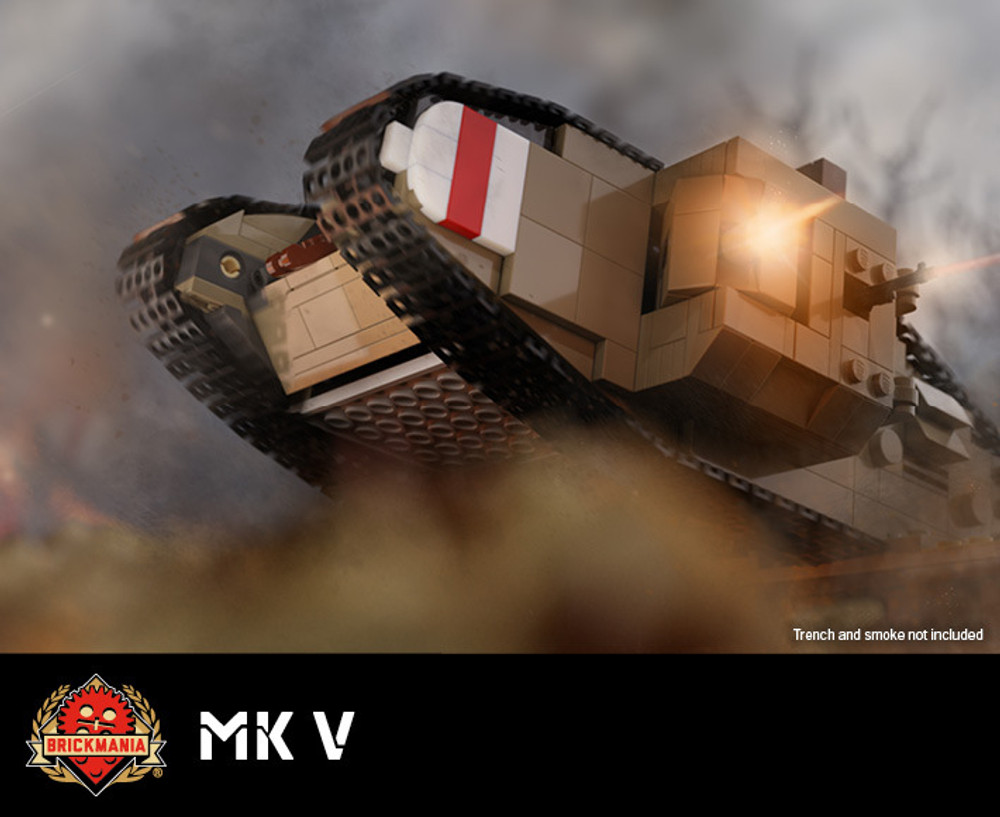 About the Mk V - World War I Heavy Tank:

The Mark V was a British WWI heavy tank, deployed in 1918 and primarily used in action during the closing months of WWI. The initial intention was for the Mark V to be a completely new design of tank, but parts to craft it didn’t become available in time, so it ended up being an upgraded Mark IV. The Mark V had more power from a new Ricardo engine, and only needed one driver thanks to the new Wilson epicyclical steering gear.

The first tanks arrived in France in May 1918. Four hundred were built, 200 each of Males and Females. The “Males” were armed with 6-pounder guns and machine guns, while the “Females” came with machine guns only. The Mark V was first used in the Battle of Hamel, on the 4th of July 1918. It went on to take part in eight major offensives before the end of the War. 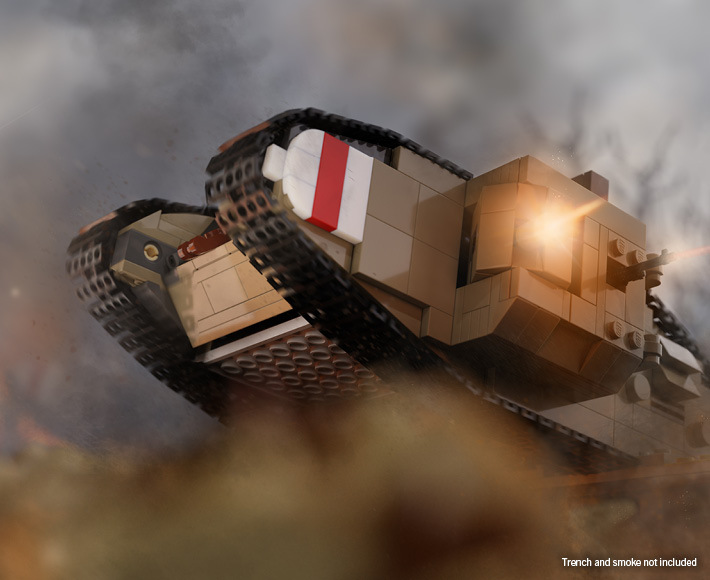