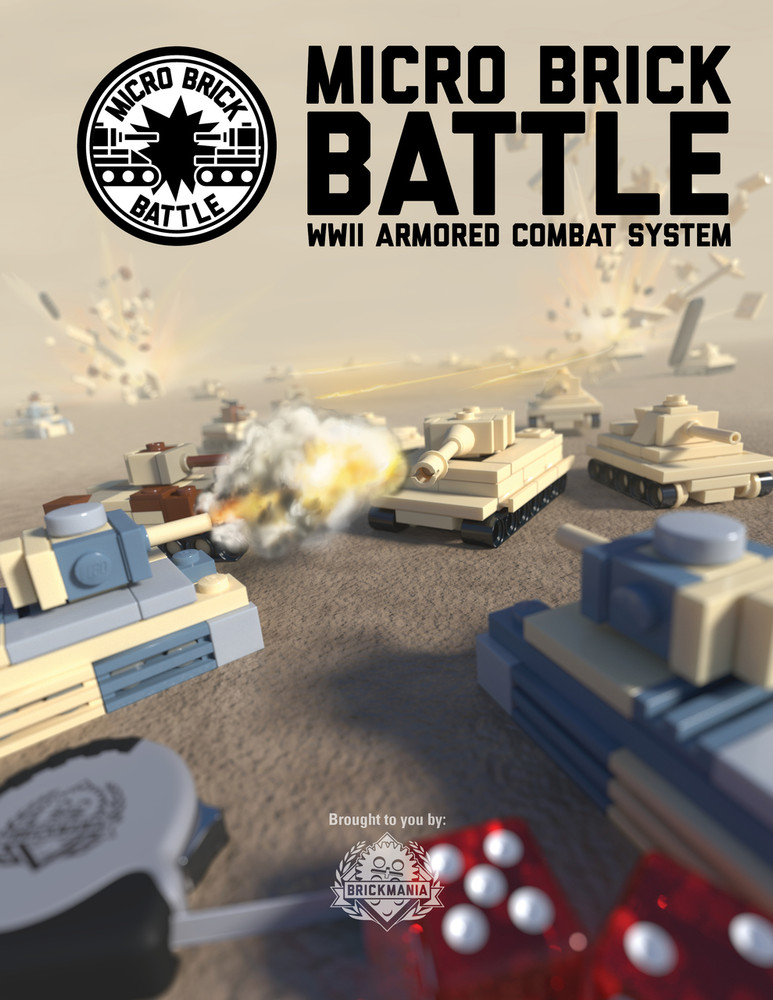 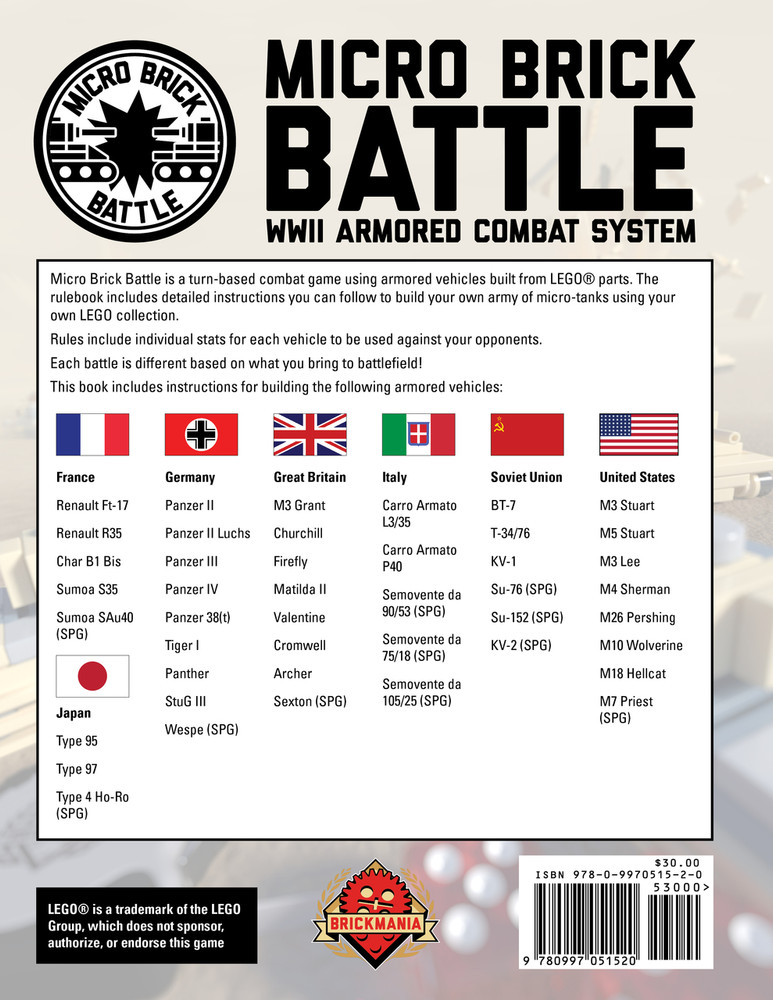 Micro Brick Battle™ is a fast-paced table top strategy game using 1:120 scale models built with LEGO® bricks. It is a turn-based game for two players (or teams) which continues until one side has completely destroyed the forces of the other (or otherwise completed an objective as set out in a given scenario). This book is intended to provide the basic rules for land-based armored combat. It also provides building instructions and game stats for many of the most commonly used armored vehicles of WWII.

Aside from the basic game rules, the bulk of this book is devoted to building instructions for the basic game piece models. This includes a short section with tips for acquiring the necessary LEGO® pieces and building tips to help you complete your models. The composition of your Micro Brick Battle™ armies are completely up to you; whether you want to recreate historic battles or build an armored juggernaut of your own design.
This book includes instructions to build game piece models for the following 44 different armored vehicle from WWII.

This book includes instructions for building the following armored vehicles: