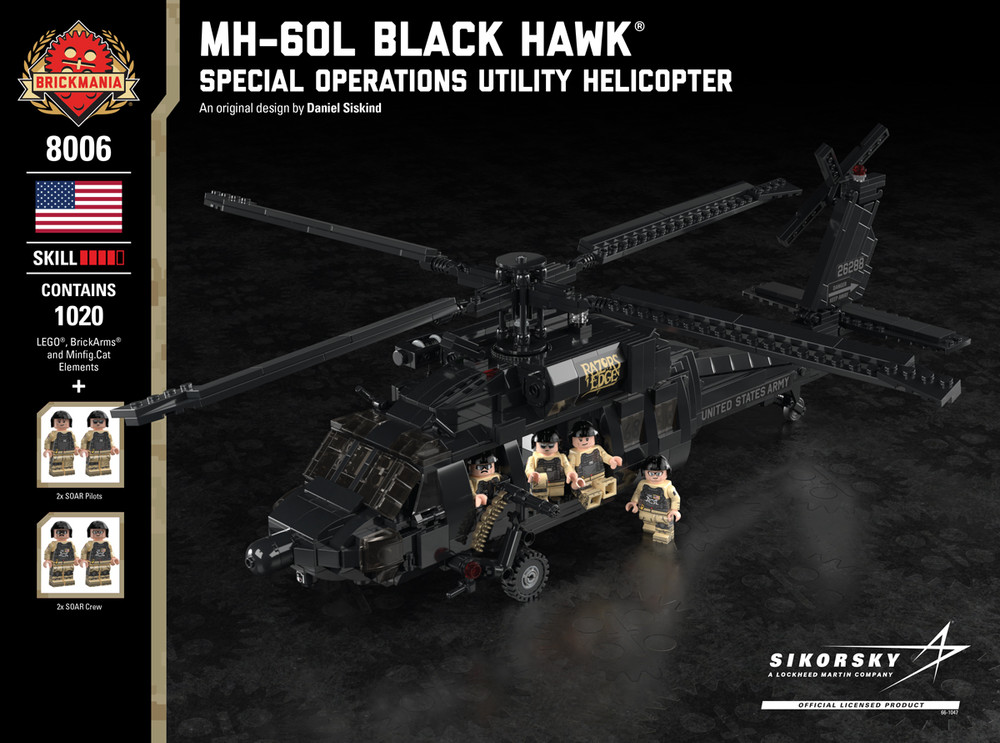 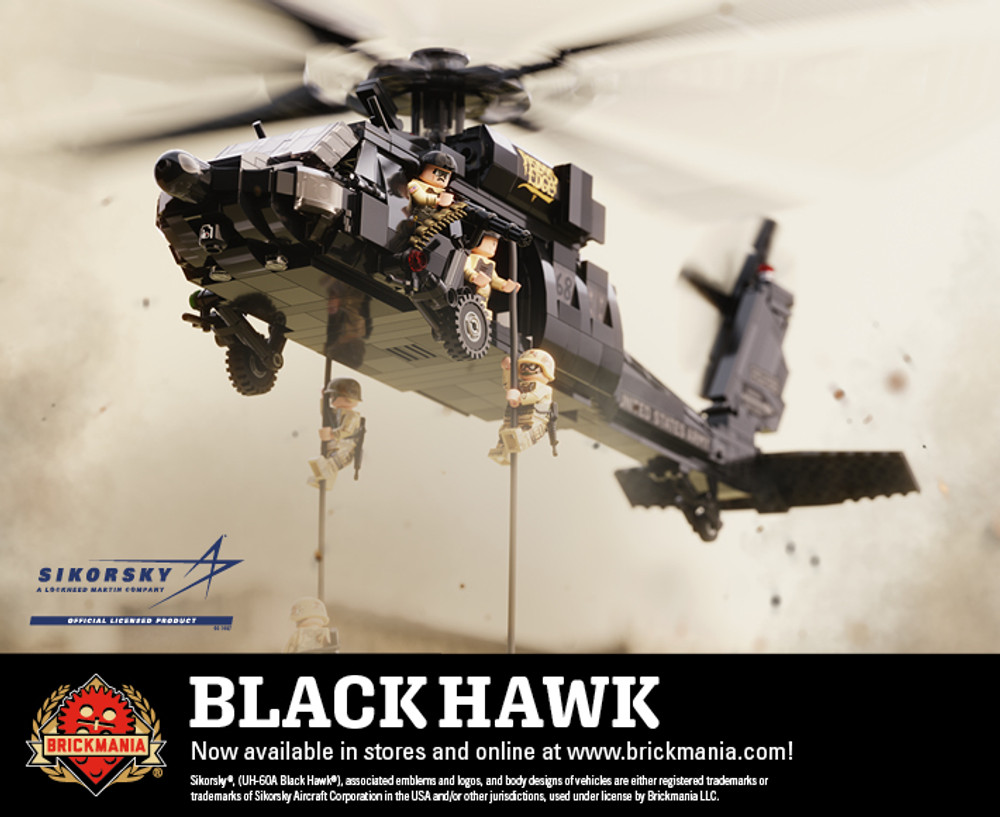 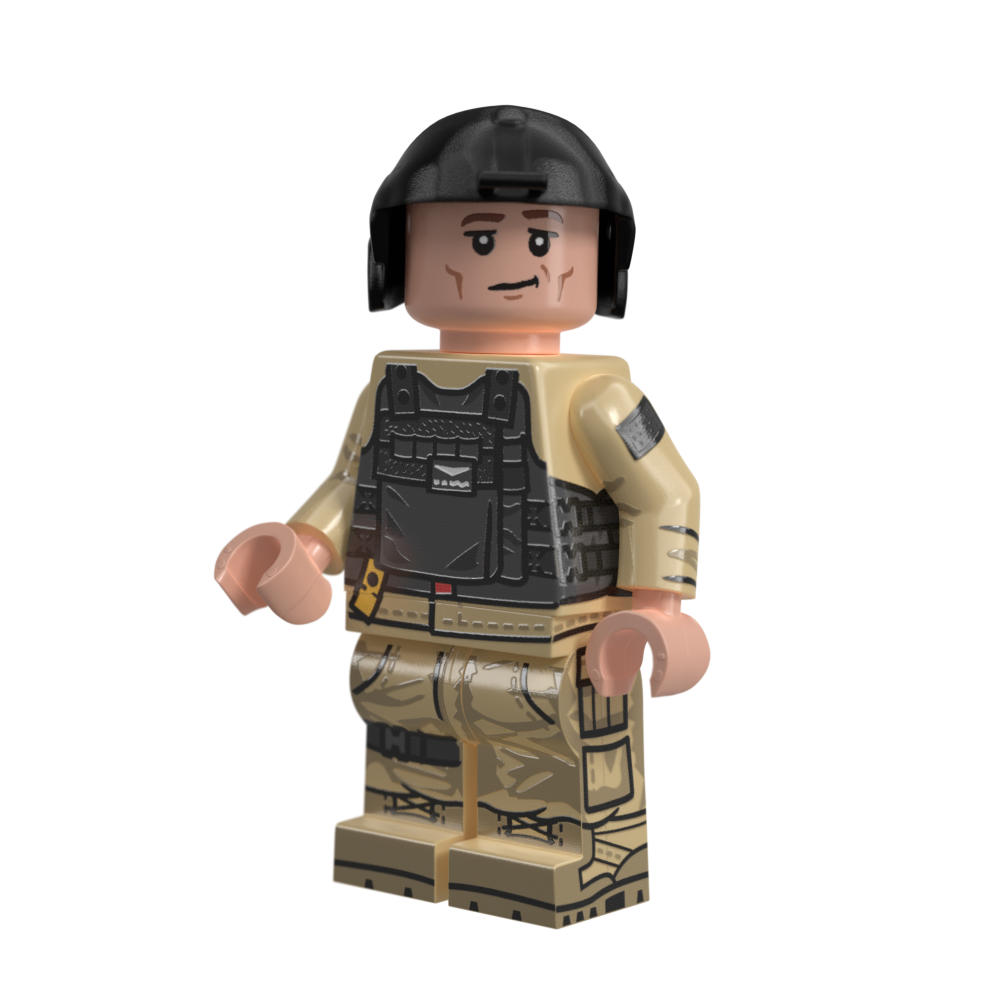 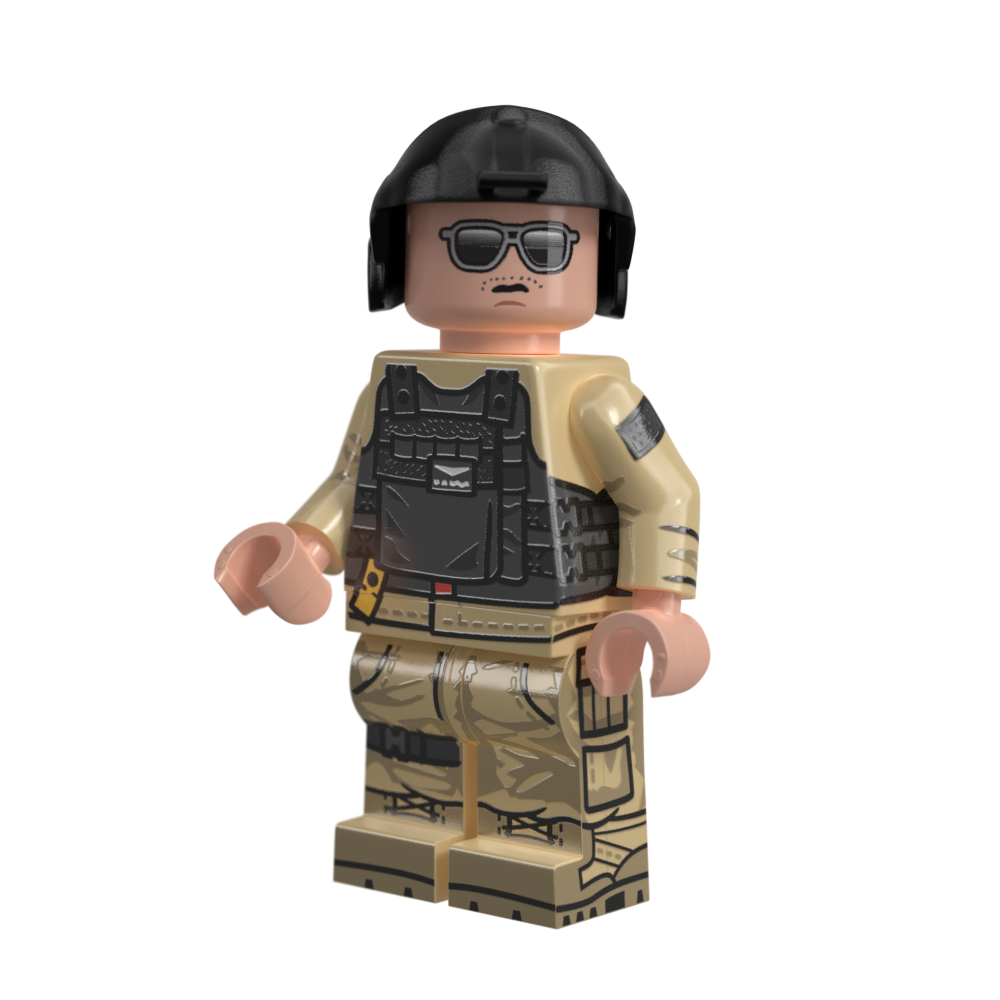 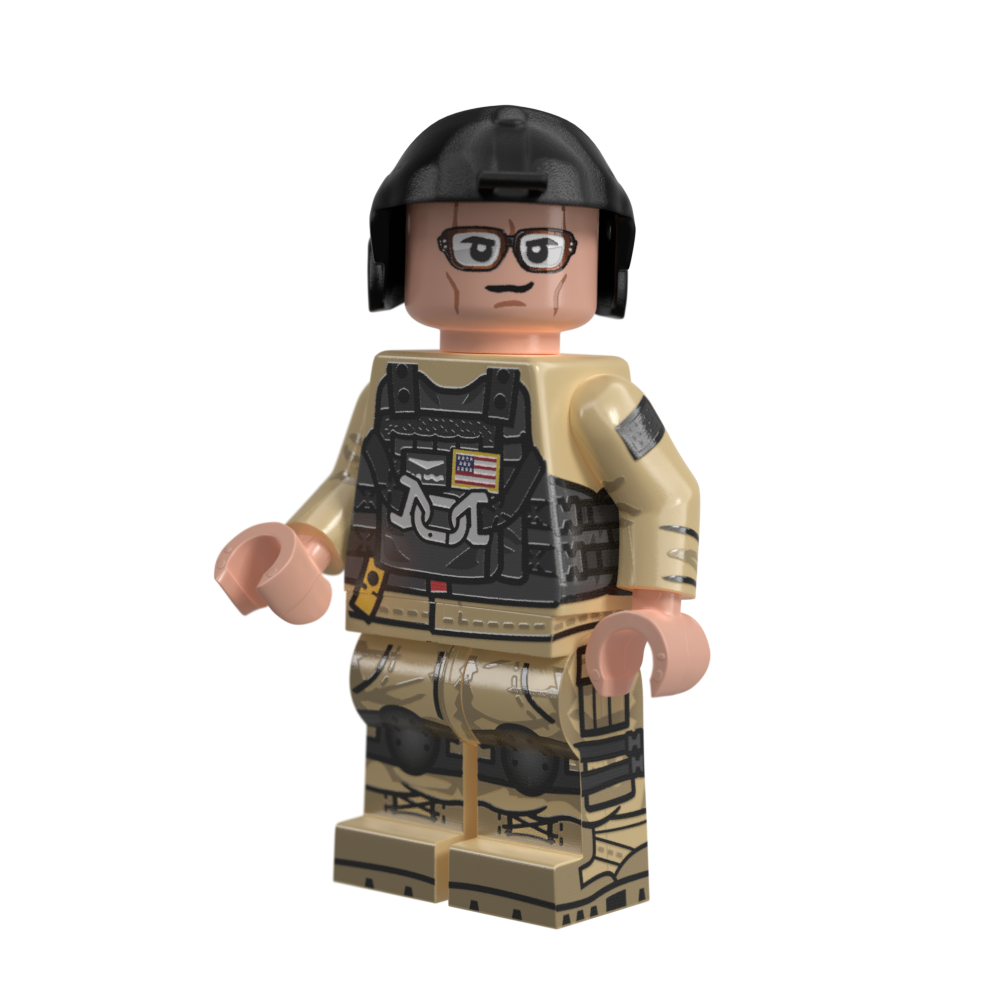 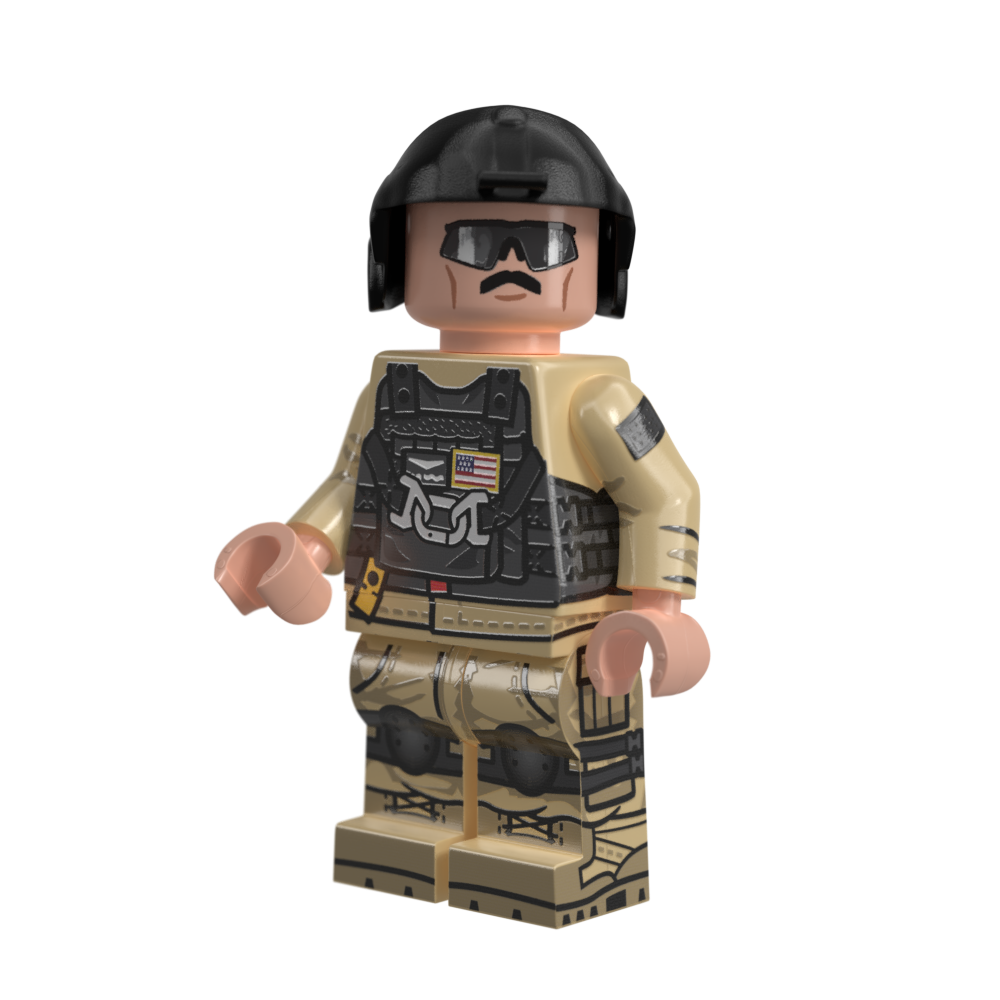 The Army special operations variant of the UH-60L Black Hawk®, the MH-60L® was designed for covert infiltration and resupply of operatives regardless of environmental conditions. Specifically, the MH-60L features two M134 miniguns, two 185-gallon internal auxiliary fuel tanks, advanced avionics, GPS navigation system, color weather radar, infrared night vision capabilities, and an external rescue hoist. On October 3, 1993 a force of 160 U.S. Army Rangers and Delta Force Operators launched Operation Gothic Serpent, which was designed to be the capture of Somali warlord Mohamed Farrah Aidid’s top two lieutenants. However, the mission did not go as planned, and early on in the operation Black Hawk Super Six One was downed by and RPG, followed by a second bird, Super Six Four, also downed by an RPG. As a result, what was designed to be a 90-minute mission turned into a 15-hour battle that cost the lives of 18 U.S. soldiers. Despite the destruction, both of Aidid’s lieutenants were captured and Aidid himself died in 1996, however, Somalia remains a dangerous war-torn country to this day. 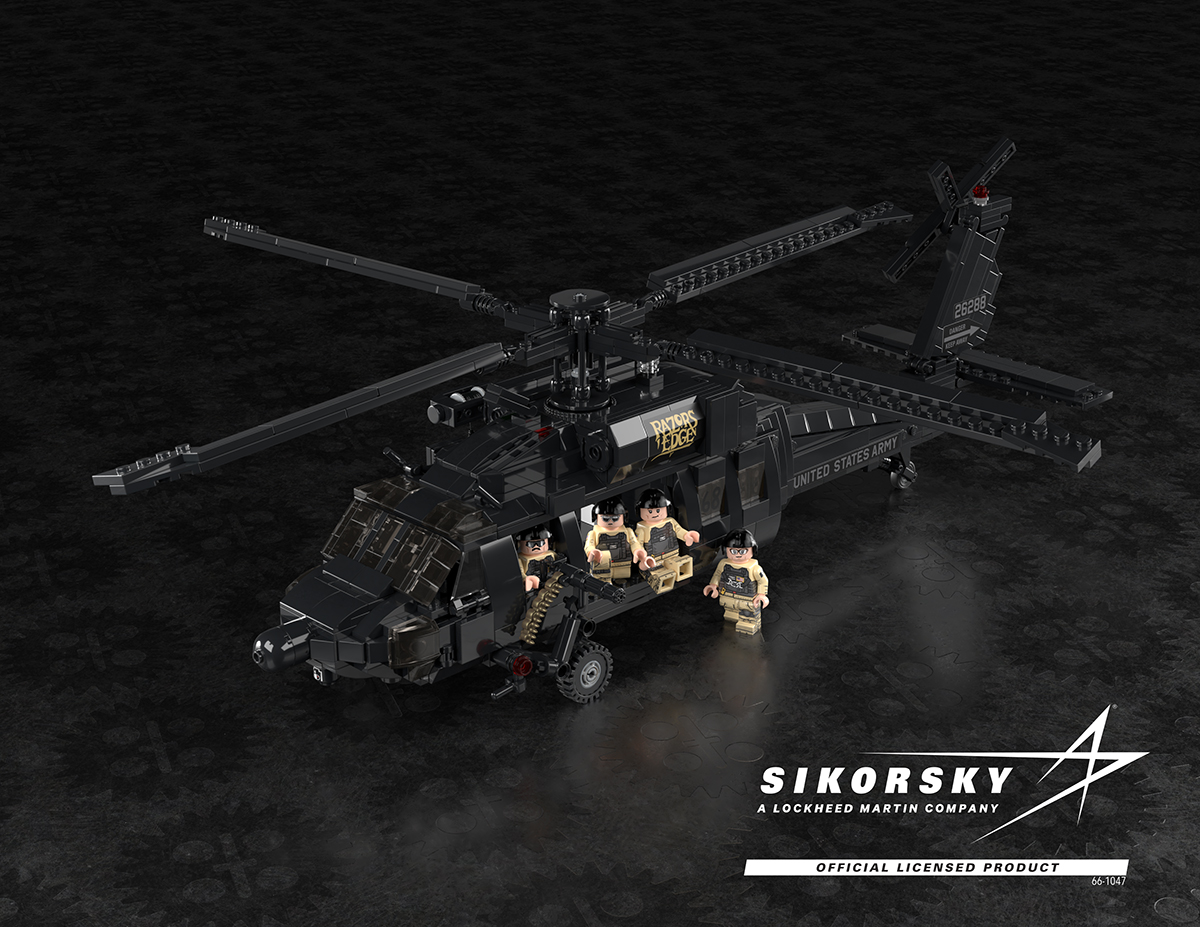 Offering a plethora of play features and an incredibly sturdy design, the MH-60L is modeled after the helicopters used by the 160th Special Operations Aviation Regiment during the 1993 Battle of Mogadishu. Equipped with two BrickArms® miniguns, a full crew of two pilots, and two crew chiefs, as well as stickers to create multiple designations of the helicopter. The MH-60L features a detailed cockpit, brick-built radar and avionics, and a custom printed FLIR (Forward-Looking Infrared) element. Some of the play features include working rotors and stabilizers, folding tail boom, space for the main rotors to be motorized, opening pilot and cargo bay doors, and a cargo-rescue winch.

SIKORSKY®, MH-60L BLACK HAWK®, associated emblems and logos, and body designs of vehicles are either registered trademarks or trademarks of Sikorsky Aircraft Corporation in the USA and/or other jurisdictions, used under license by Brickmania, LLC.