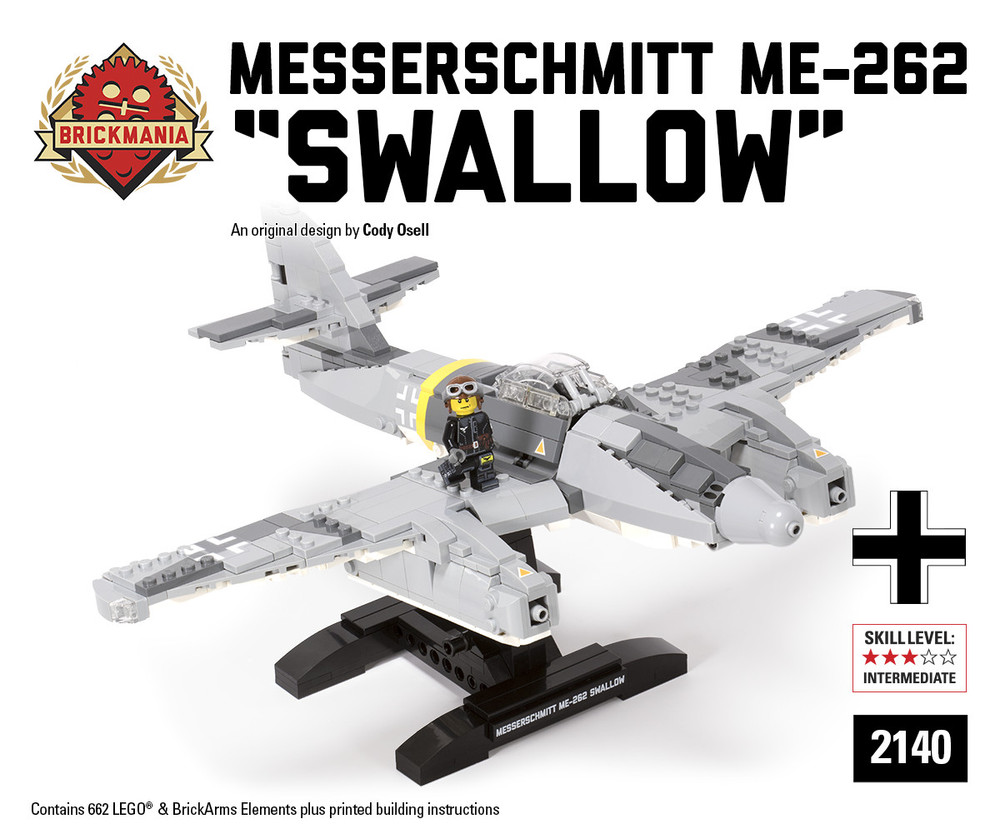 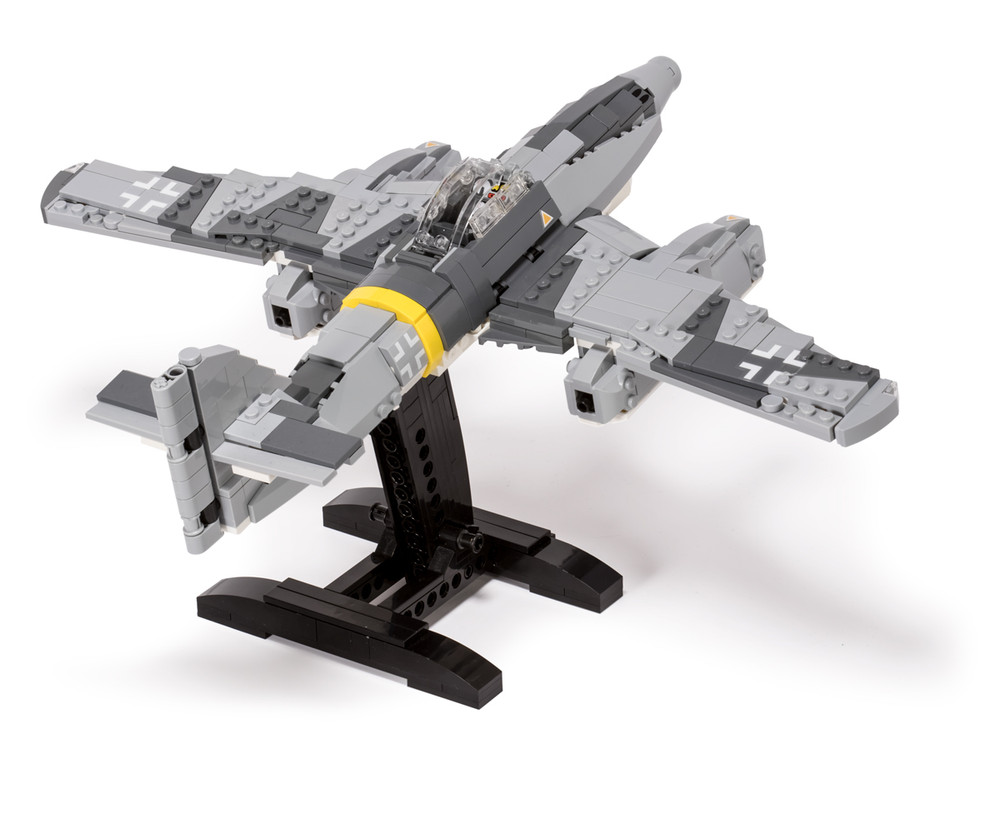 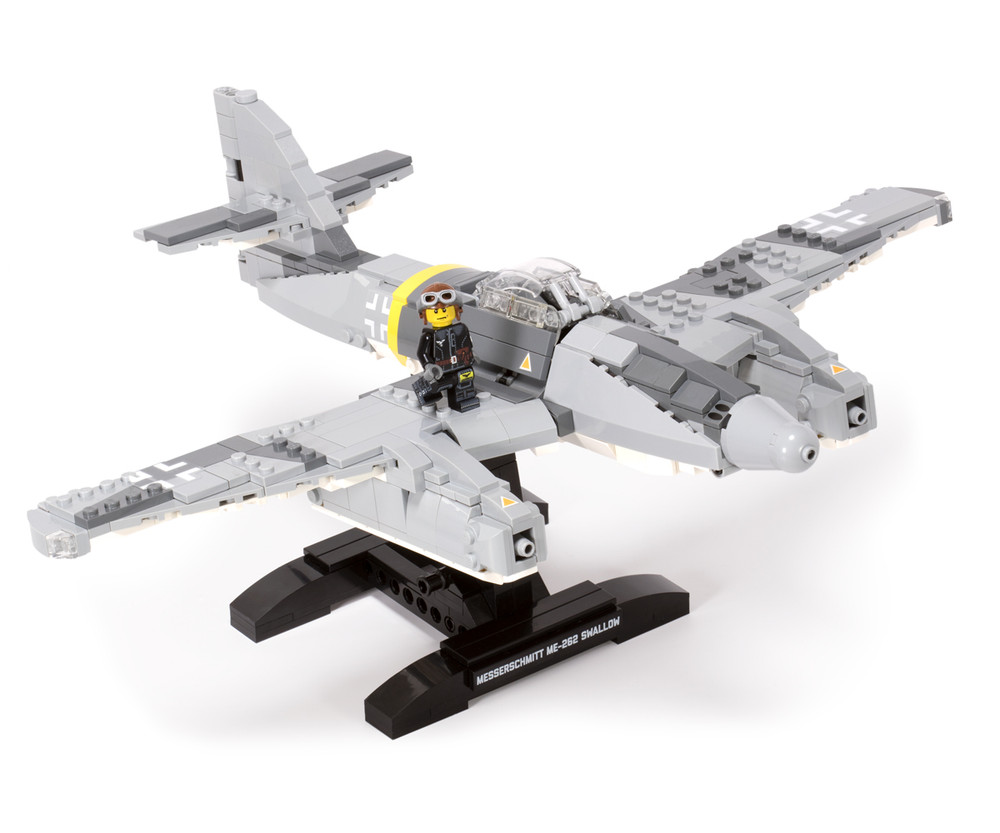 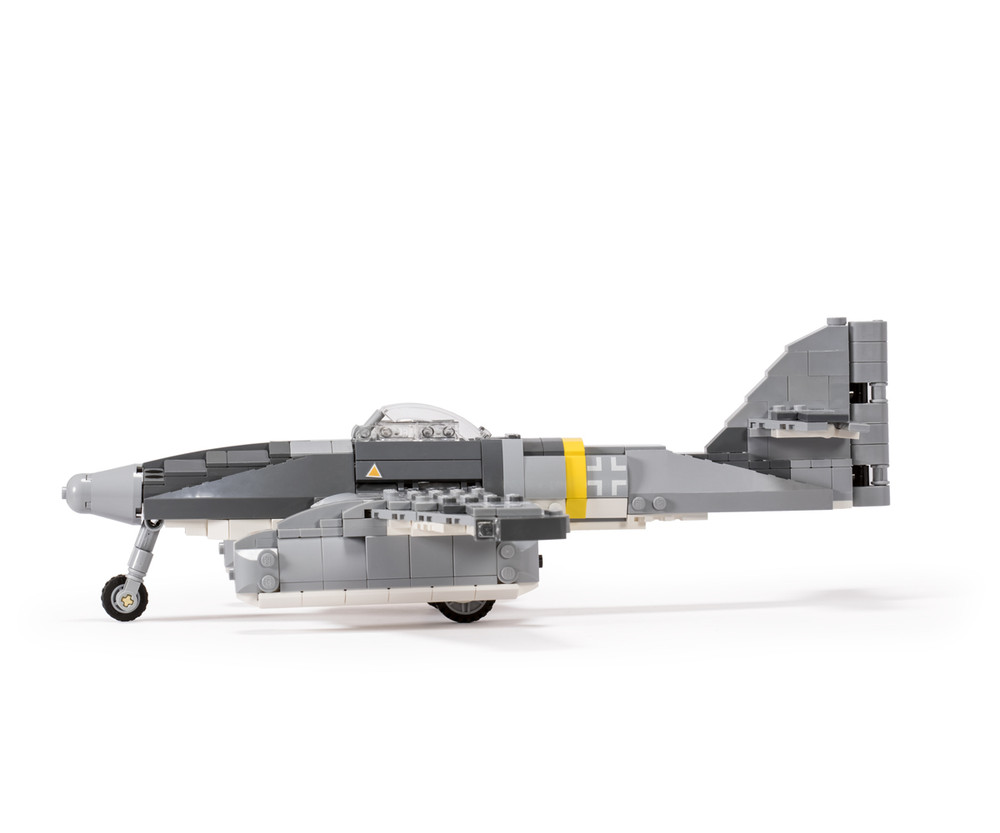 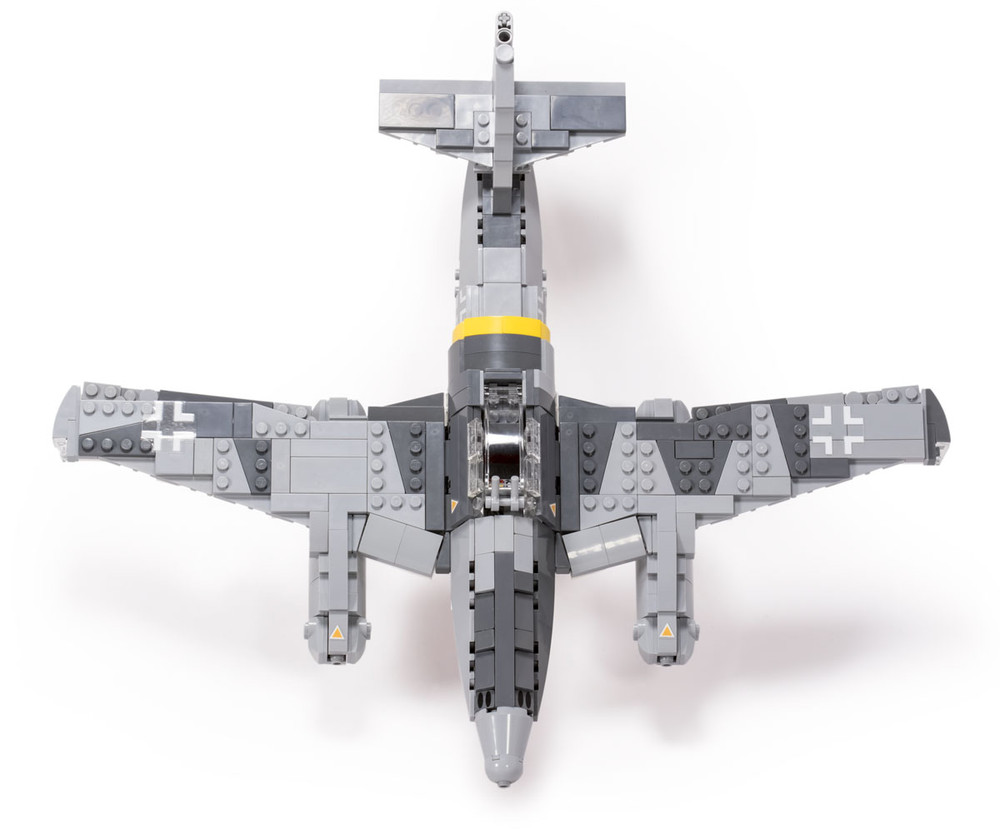 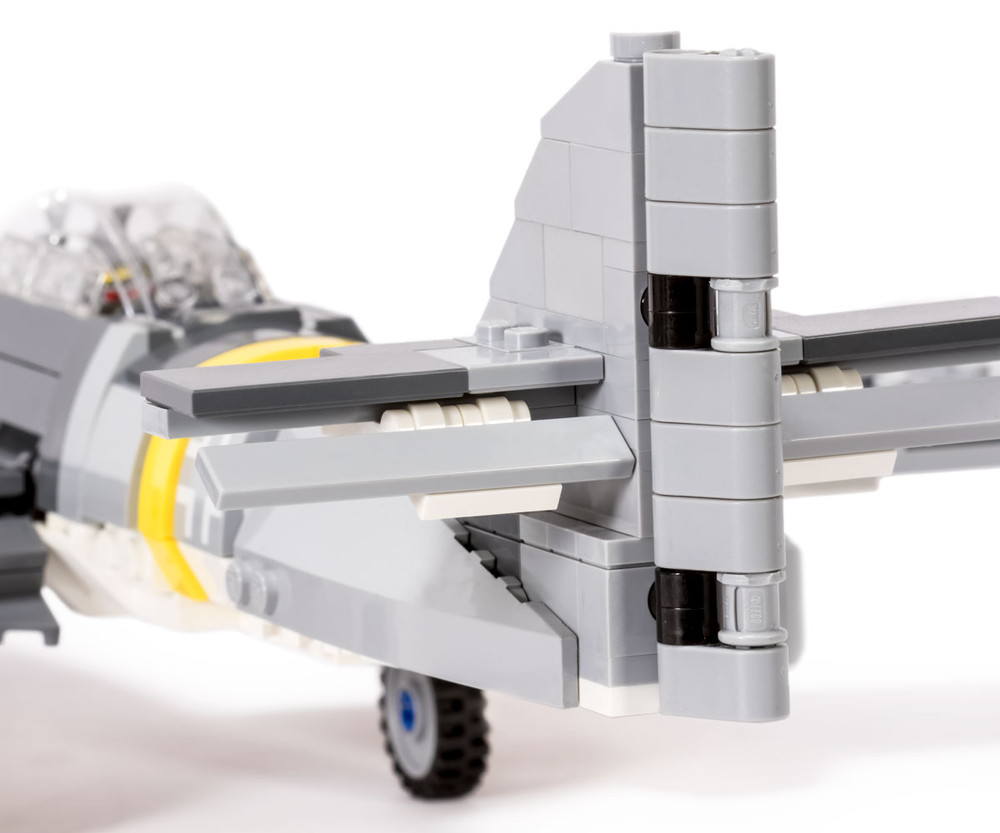 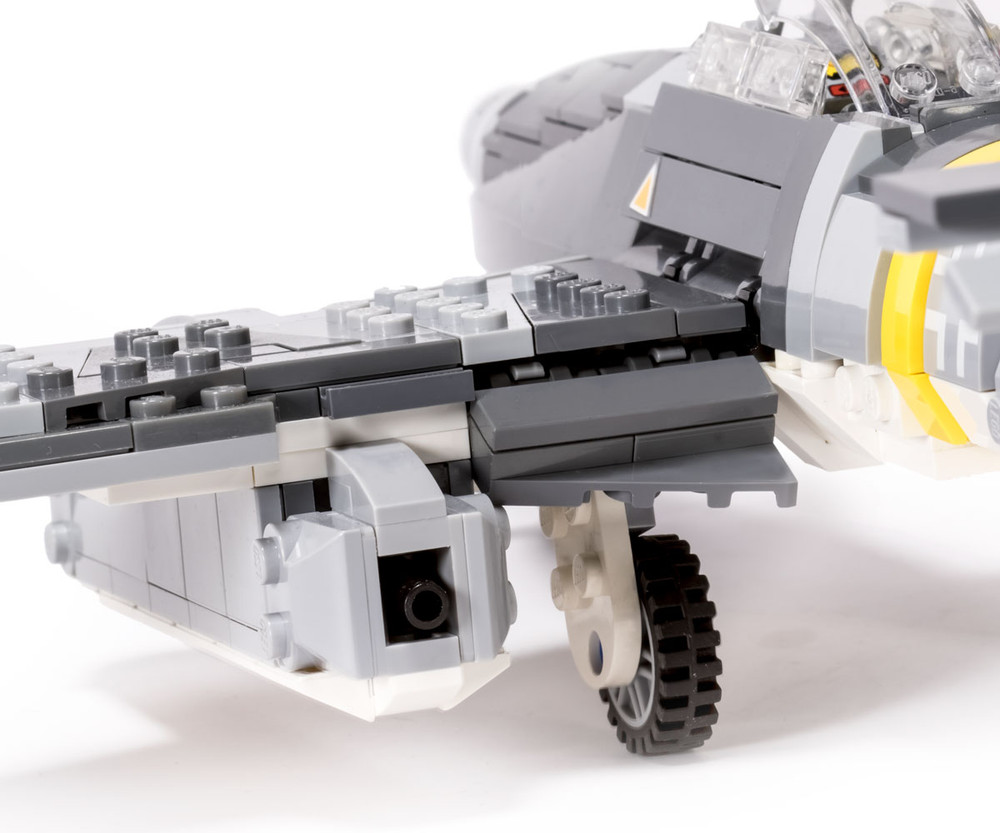 About the Messerschmitt Me-262 Swallow:

The Messerschmitt Me 262 was the world’s first operational jet-powered fighter aircraft. The Me 262 was faster and more heavily armed than the Allied fighter, including the British jet-powered Gloster Meteor. The Me 262’s roles included light bomber, reconnaissance and experimental night fighter versions. Me 262 pilots claimed a total of 542 Allied kills, although higher claims are sometimes made.

The Allies countered its potential effectiveness in the air by attacking the aircraft on the ground and during takeoff and landing. While German use of the aircraft ended with their surrender in May 1945, a small number were operated by the Czechoslovak Air Force until 1951. Captured Me 262s were studied and flight tested by the major powers, ultimately influencing the designs of several post-war aircraft such as the North American F-86 Sabre and Boeing B-47 Stratojet. A number of aircraft have survived on display in museums and enthusiasts maintain privately-built flying reproductions that use the modern J-85 jet engine. 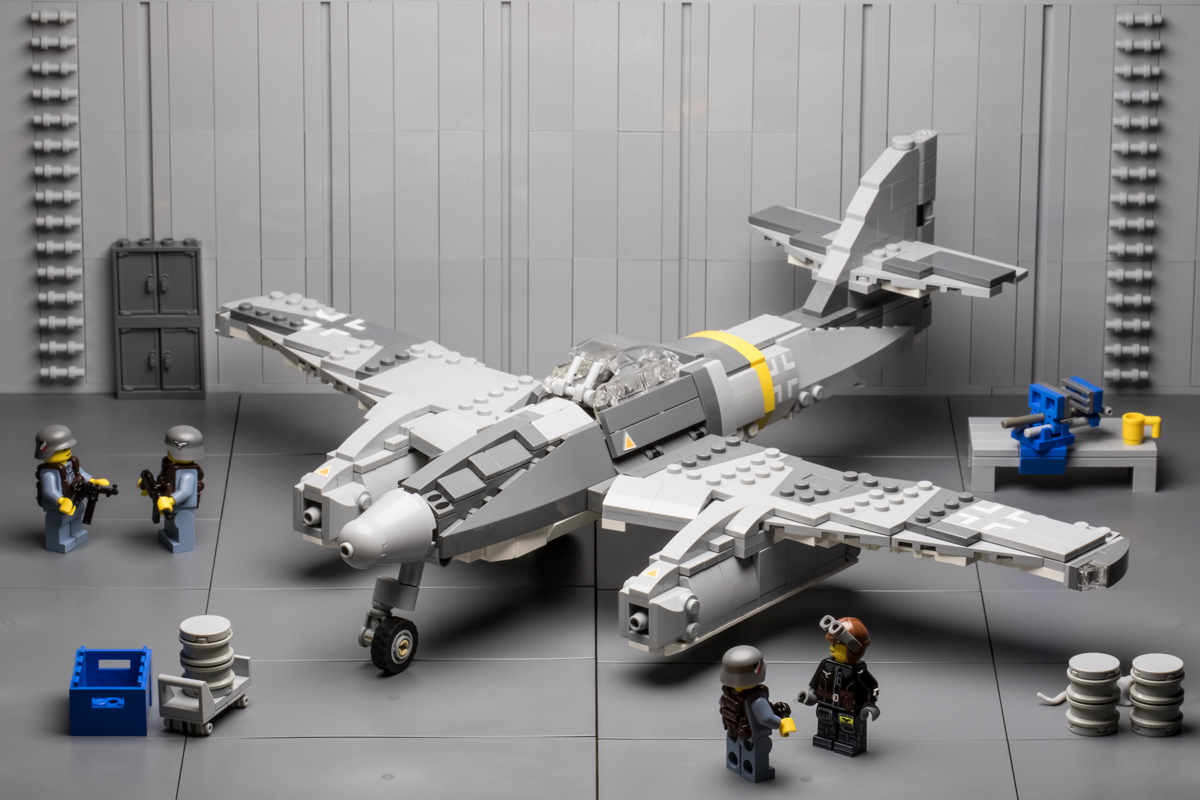 The Messerschmitt Me-262 Swallow comes with the following features: